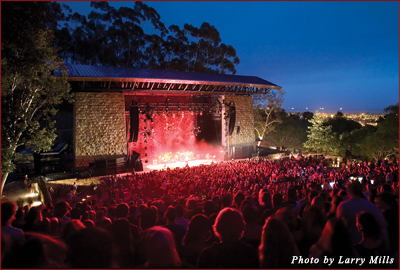 PhoCusWright recently released a study that demonstrates how experiences drive travelers to destinations — more so than, say, a specific hotel or a great deal. Yes, all of that comes into play at some point in the decision making and planning process. Yet, it’s what you can do in a vacation destination that truly woos. According to Viator, today’s travelers are “looking for extraordinary experience-driven activities.” People, we’ve got you covered. There’s no shortage of extraordinary experiences here in Santa Barbara. Try these on for size:

ADRENALINE JUNKIES: Enjoy some air time with Skydive Santa Barbara, or soar like a bird with Eagle Paragliding.

ANIMAL LOVERS: Become an honorary zookeeper for a day through the Santa Barbara Zoo’s behind-the-scenes Keeper for a Day program (ages 18+).

ECO-ADVOCATES: Santa Barbara is considered the birthplace of Earth Day (that’s right, the home of Earth Day), and the Santa Barbara Earth Day Festival has been celebrating and promoting sustainable living for 40 years. This year’s fest will be held April 16-17 at Alameda Park and attract environmental advocates, light green consumers and eco-innovators from Southern California and beyond. While the overarching aim of Earth Day might be serious, this fest is serious about delivering good green fun.

FOODIES: Meet Santa Barbara’s top farmers and fishermen and make delicious dishes with their bounty on a Market Forays culinary tour and cooking class, led by Slow Food leader Laurence Hauben. The experience has been described as “life-changing.” Fanatical foodies should make a beeline for Santa Barbara during epicure.sb, a month long culinary extravaganza held every October. The “month to savor Santa Barbara” includes several food festivals, wine and beer fests, cooking classes, seminars and many opportunities to get your grub on.

GREEN THUMBS: Tour the spectacular, astounding and one-of-a-kind Lotusland garden and estate in Montecito. Gardenistas will also marvel at Rose Story Farms in Carpinteria, which offers tours during the April-November growing season.

MOVIE BUFFS: Visit Santa Barbara during the Santa Barbara International Film Festival, held over 11 days starting in late January and running through early February. The 200+ film screenings, celebrity tribute events and panel discussions give film fiends plentiful opportunities to soak up the cinematic world and hear from the most buzzed about acting and filmmaking talent.

MUSIC FANS: The Santa Barbara Bowl is a music fan’s dream venue to see a show. The legendary intimate outdoor venue is a favorite of musicians and fans alike, and is celebrating its 75th anniversary this year. Only a few shows in the 2011 season have been announced so far — Janet Jackson, Mumford & Sons and Robert Plant. The season runs April through November, so follow their Twitter or Facebook feed to keep an eye out for your favorite bands and singers.

WINE GEEKS: Wine tasting can be enjoyed in so many ways — by bike, pedicab, horse, jeep, limo, stretch limo jeep, biodiesel-powered van, etc. But nothing beats the beauty of having nearly all of the region’s wineries in one place for a grand tasting event. This mass sip happens twice a year in Santa Barbara — at the Vintners’ Festival (April 16) and Celebration of Harvest (October), both organized by the Santa Barbara County Vintners’ Association.