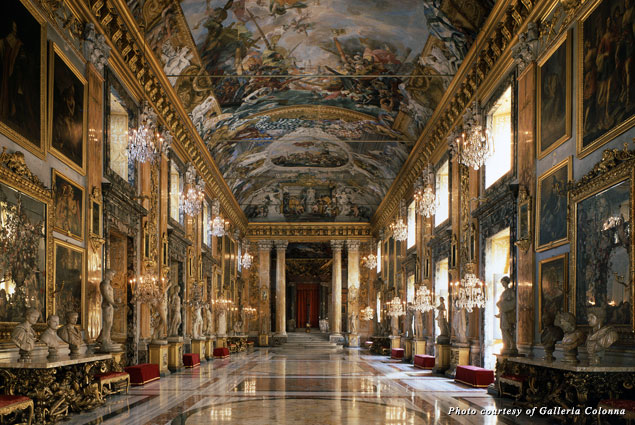 As an author, I love to take American characters and bring them overseas. Not only does it allow me to write off my travel expenses (it is research, after all), but also pulling characters out of their element and dropping them somewhere unfamiliar raises the stakes and increases tension. My first novel, “Burning the Map” (just released on audio), follows one character’s month-long vacation to Rome and Greece. This isn’t just the story of a life-changing vacation, it also serves as a mini-guidebook for anyone to get off the beaten path and find these countries’ hidden gems.

On my travels, I discovered dozens of locations not often found in guidebooks, but these are four of my favorites:

Ischia is a sandy, hilly island near Capri and Sorrento, although it is much lesser known. It is covered in wide swatches of grass and shrubs decorated with purple flowering trees, its lanes lined with white houses with arched doorways. The beaches are stunning. And sitting above the beach are a swirl of trickling rivulets, pools, and waterfalls, which the locals swear have healing properties.

But it takes a bit to get there.

The ferry from Naples is unimpressive. Ditto the port at Ischia. The taxi ride to Poseidon Gardens in the summer is stereotypically sweltering. But then the adventure begins.

Pass through the gates at the gardens (which oddly resemble amusement park gates), and find your way to the locker room. From there, study the map of the hillside next to the shore, which is dotted with blue spots, each representing different pools. The pools are numbered, the lowest numbers representing pools of lower temperature and, according to lore, the lesser healing properties. Some guests move from one pool to another, one waterfall chair to the next. Others are loyal to the properties of one pool and spend most of their time there.

First timers usually try out as many pools as they can, but malaise settles in as the waters somehow calm body and mind. And after a shoulder massage, achieved by simply sitting on a stone chair below a waterfall, many simply want to stretch out on one of the many chaise lounges.

Whatever course you chart, you’ll leave Poseidon Gardens feeling as though you spent a day in a luxury spa, all courtesy of nature. 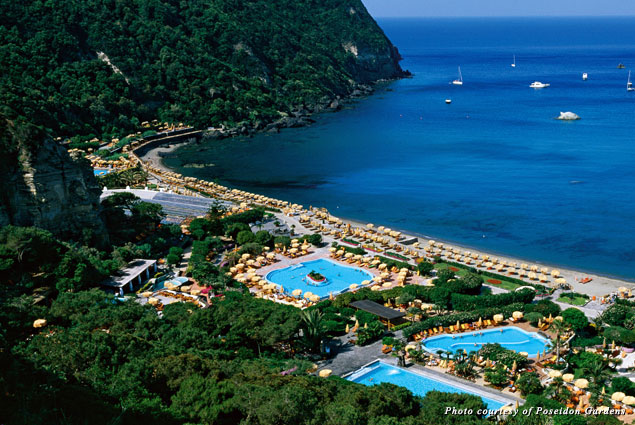 The highlight of Palazzo Colonna is not, in my estimation, the frescoes on the vaulted ceiling or the vast quantity of artwork that nearly overflows this old family palace. Rather the cannonball perched on a stair was what got me.

Look closer and you’ll see the cannonball has shattered the marble there. An art installation? If so, it seems very modern for this Baroque palazzo constructed in the 14th century and then once again by a Colonna family cardinal in the 1600s.

Ask about the cannonball, and staff appears to explain it was shot by the French during an 1849 battle for the Roman Republic. They leave the cannonball alone because it’s as much a symbol of history, they say, as the artwork collected within the Galleria.

But if you want to gaze upon the thousands of exquisite pieces of art, where works of masters are lined next to unknown artists, you have to do so quickly and strategically while you’re in Rome. Galleria Colonna is only open once a week—and only for a few hours at that. Come between 9 a.m. and 1:15 p.m. exactly, or you’ll have to make a private appointment. (The precise opening times of the gallery are the only example of meticulousness timekeeping I’ve witnessed in Italy, where discussions of time are usually shrugged off, literally, with grand rising and falling of the shoulders. It’s just another reason to visit Italy).

Sure, Super Paradise sounds like a Japanese game show, but it’s actually a beach in Mykonos, Greece. Well, really, it’s just a scrap of rock off the coast of Mykonos, accessed mostly by boat. You’ll find no hotels on Super Paradise, and it isn’t exactly relaxing, but you’ll find a lot of fun.

When I first went to Super Paradise, after my own post-bar exam trip with girlfriends, I’d never even entertained the idea of writing a book. But when I started a few years later, I knew that somehow, someway, the characters in “Burning the Map” were headed that way.

Super Paradise is essentially a big bar on the coastline of a Greek island. Thatched bar areas are spread apart, leaving the multitudes of people packed in between to dance in the sun or jump in the pool. The dress code is minimal swimwear (“nude tolerant” is the phrase oft-used). The music is loud and thumping and never-ending.

Even if a club party isn’t your scene, the one you’ll find at Super Paradise has the advantage of taking place mostly during sunlight hours. Swim and chill on the main beaches until late in the afternoon, then take one of the boats to Super Paradise. You can party like a rock star and still get to bed by nine o’clock.

Without giving anything away, I can say a seminal scene in “Burning the Map” takes place in a location called Astras Villas in Santorini. This hotel has gone through a number of different names (Astras Apartments, Astra Suites), but whatever they call it, Astra is a magical place, one entirely different from Poseidon Gardens.

Imeriovigli is a village atop one of the highest heights of Santorini. Once there, walk through the unimposing entrance to Astra and realize you’re hundreds of feet above the water. Then you’ll be hit with the most stunning view of an infinity pool and just beyond that the navy-blue Aegean Sea. Every room at Astra shares this view.

Accommodations are cool, cave-like rooms with a terrace, each with a kitchenette of some sort. Walk to the village and buy tomatoes, wine, and cheese. Then head back to Astra to watch bodies slice through the slim pool and sailboats carve the sea beyond that.

The sunsets are, simply put, breathtaking. During one visit, I heard a group of people talking. They’d just arrived and were discussing the great sunsets they’d witnessed in their lives. One said sunsets over Mount Everest were among the best. Another described the epic gold color in Africa.

But when the group watched the sun set from the high perch of Astra Suites—witnessing the rich orange sink into that deep blue—not one person spoke. Eventually, when words returned, it was, they all agreed, the best sunset they’d ever seen. I agreed, too.

So of course “Burning the Map” had to land at Astra Suites at some point. What happens to the American characters I brought there? You’ll have to book a flight or listen to the audio book to find out.

The Commuter Conundrum of the Metro Rome’s Dining Highlights