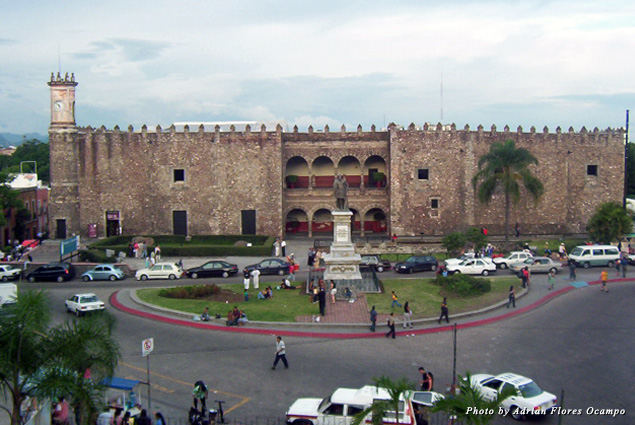 United’s nonstop flight from San Francisco landed at Benito Juarez Airport in Mexico City at 6:18 p.m. Clearing customs quickly (I was in luck and got the green light, skipping the luggage search), I raced with my wheelie into the marble and glass arrival lounge, grabbed a porter, and was whisked up and down elevators and across a passageway before coming to a stop at the ground level bus station. The next bus to Cuernavaca left in 20 minutes.

After buying a ticket, my luggage was searched and stowed under the bus. This was mandatory as the buses leaving from the airport are “secure” buses. All luggage must be searched and stowed, and the bus travels nonstop to its destination. I had been looking forward to trying one of these buses, as it would solve the hassle of finding a hotel in Mexico City. An added bonus would be a glimpse of a new destination, and if it looked promising I could explore it further on another trip. 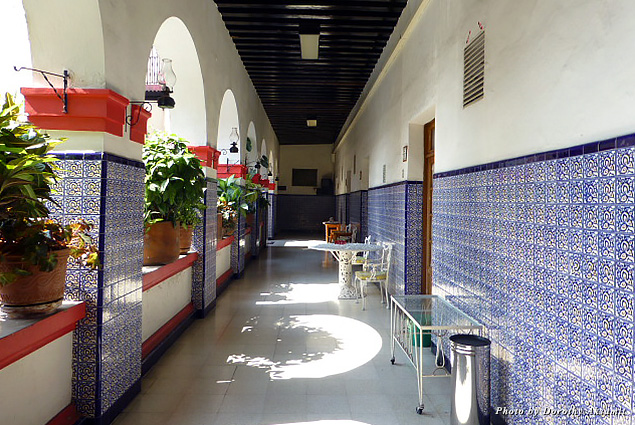 By nine o’clock I was behind an iron gate in the open-air lobby of the Hotel Iberia. Blue tiles, potted plants under the portals, and a dark oil painting signaled that I had made the right choice despite Hotel Iberia receiving a few black marks on TripAdvisor. I tend to choose small hotels located near principal attractions and priced at about $30, found on the Internet, TripAdvisor, or Lonely Planet. In a small hotel, the check-in time usually takes only a few minutes, so by 9:15 I was settled into a clean, mostly tile room that was small and cozy with made-to-measure iron furniture.

After a quick shower with plenty of hot water and a fluffy white towel, I was getting ready to open my Kindle and join Bernal Diaz as he accompanied Cortés in his gripping “Chronicles of the Conquest of Mexico” when I realized there was no bottled water in the room. By now it was midnight, so I roused the manager—who had no water for sale—to grudgingly unlock the iron gate and send me down the brightly lit street to a pharmacy with a locked door but a clerk inside. I tapped on the door and a young man opened a small window through which we exchanged money and a bottle of water. 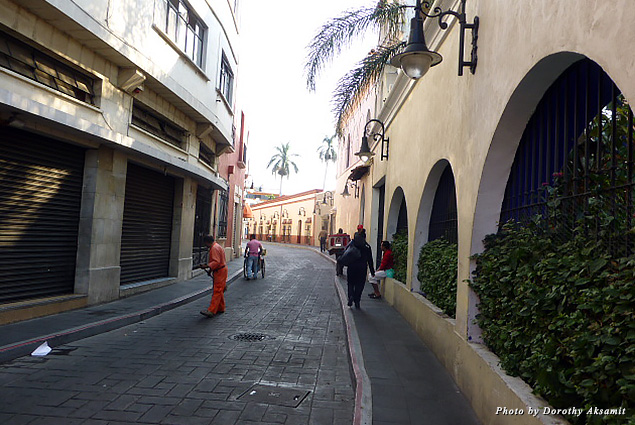 The next morning, I started downhill from the hotel. After just a few steps I took a charming street with three or four intriguing restaurants. At the end of the street I discovered I was on Calle Hidalgo and downhill was the imposing fortress castle of Hernán Cortés, the conqueror of Mexico. Directly across the street was the cathedral and chapel with the adjacent Borda Gardens.

I was standing on the sidewalk at an open-air café where a graceful statue of the Prussian explorer and geographer, Alexander von Humboldt, was also standing. Taking this as a good omen—since, in California, we have a county and a university named for this passionate scientist—I chose a patio table and started the morning with waffles, fruit, and coffee. The street was just waking up, with street sweepers whisking by, office workers leaping out of their cars, and street vendors blanketing the sidewalk with their wares. 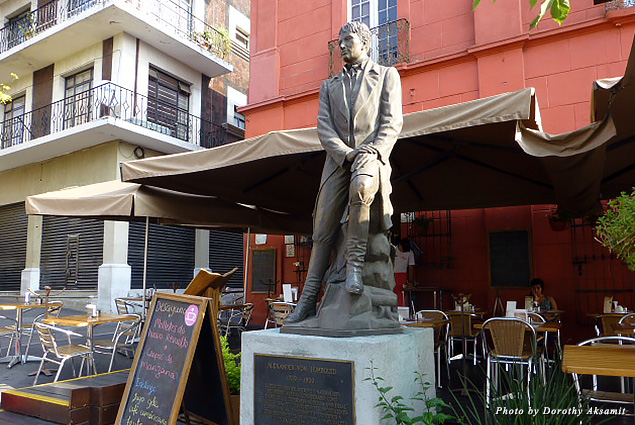 Deciding to go downhill first, I approached the stone structure that seemed more like a fortress than a palace. In 1526, the original palace, built with stones from an Aztec pyramid using Aztec labor, was just the center section with four rooms around a courtyard. It expanded to its present size when Cortés became governor of New Spain.

There are 19 halls chronicling the history of the area, with displays of fossils, ceramics, obsidian arrow points, stone gods, textile manufacturing, and exhibits depicting indigenous and colonial life. A Diego mural is on the terrace on the second level. I was intrigued by the foot-pedal looms used for weaving the wall-size tapestries that softened and somewhat warmed the palace rooms. These looms were imported from Europe and operated by men.

An interesting fact: When the Aztecs first saw the soldiers in metal armor mounted on their horses, they thought they were one being that could be separated and united again. The hundred pounds of armor was a disaster in the marshland, and Cortés later used quilted cotton coats and leather shields. 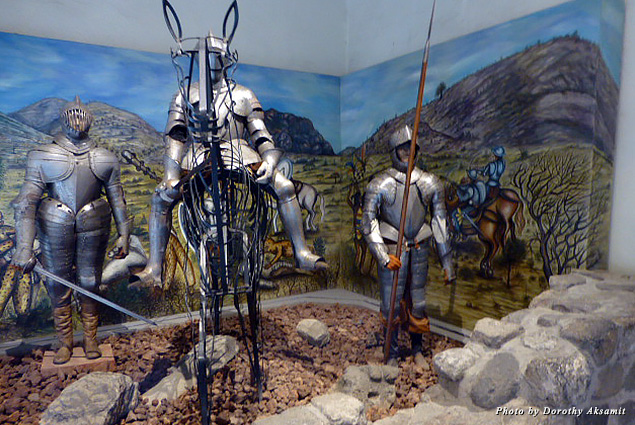 The stones used to build the palace came from a pre-Hispanic tribute collection center that had been destroyed. Some of the original stone foundation can be seen from inside the palace. 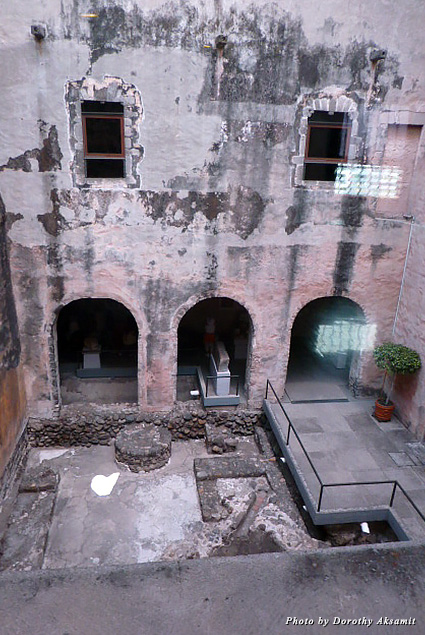 I sat in one of the galleries on the second floor looking up the street to the cathedral. The cathedral, built by the Franciscans in 1529 as a center for evangelization, has gradually expanded to include other buildings. I was struck by the simplicity and austerity of the interior, but the church has been renovated several times and now looks oddly gothic. 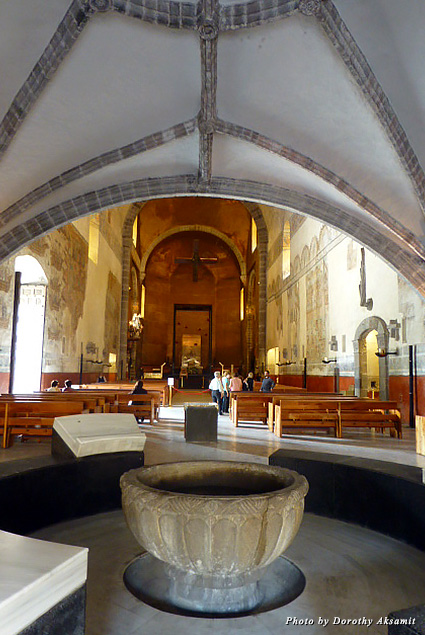 I made a quick survey of the adjacent Borda Gardens, which were built in 1778 by the silver baron José de la Borda. I was expecting flowers, as Borda’s son had imported plants from Asia, but a lot can happen to plants in 200 years and there are now plenty of trees, greenery, and cobblestone paths leading to a small pond, making a lush oasis in the middle of the city. 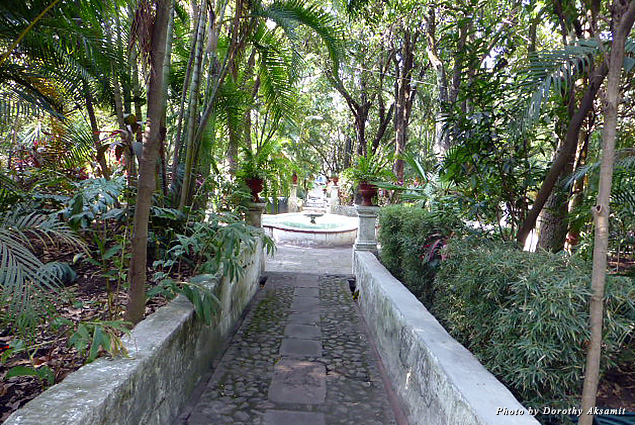 The whole day had been toured away, and when I spotted the family-filled El Barco Pozoleria restaurant just a few doors down from the Hotel Iberia I decided to have an early dinner. I think of pozole, the Mexican chicken soup with hominy, as comfort food, but with all the condiments in the presentation at El Barco it turned into a feast that would easily feed two hungry tourists. 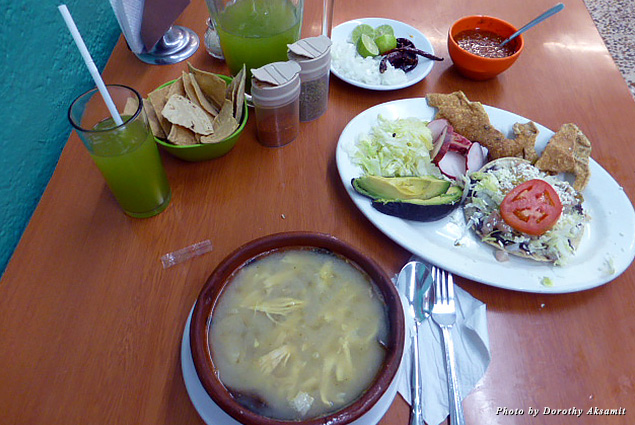 Cuernavaca was a delightfully easy getaway from the airport and led to a laid-back touring day. I can see this was just a sample of what Cuernavaca has to offer, and I will be back to visit Cortés’s Hacienda and Hotel outside of Cuernavaca and the nearby archaeological site of Xochimilco. I might even check out the language schools. Hotel Iberia has such a convenient location that I’ll stay there again; I’ll just remember to bring plenty of water.

Finding Magic in Malinalco, Mexico Chasing the Many Charms of Chalma