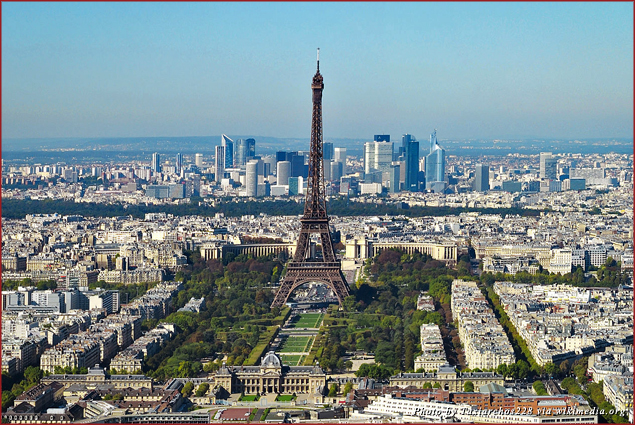 Spending eight hours in one of the world’s most iconic cities might sound improbable and impossible to say the least, however, as my friend Amanda and I figured out, it is not only plausible but pleasing as well. I started my Parisian adventure the night before, at around 8 p.m., when I set aside the outfit I would wear that next day as well as my camera, vitamins, sugar-free Red Bull, watch, accessories (can’t forget those), ticket for the Eurostar and pre-purchased tube tickets to London’s Liverpool station, and rain boots and raincoat for the Parisian weather that closely resembles my own city. 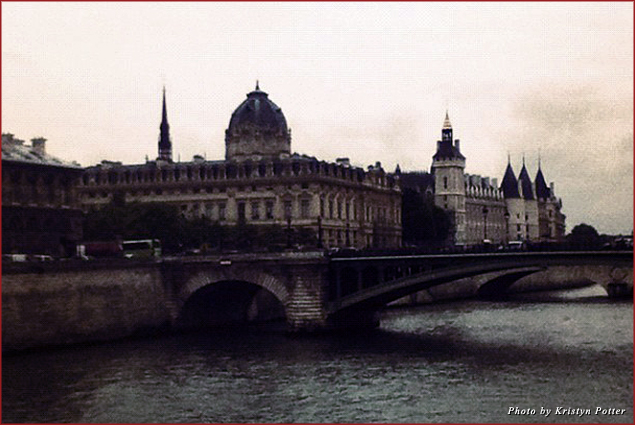 Because we knew we were to travel exceptionally early in the morning we made sure to purchase both tickets to Paris and to top-up our Oyster card (London’s card for the subway), which is what I would recommend if you ever choose to re-create this erratic journey. I met my friend at the Baker Street tube stop, equidistance from our respective housing arrangements, and we traveled to the London Liverpool Street tube station where we got on the Eurostar for Paris. We were quite excited for the trip, despite the 7 a.m. hour and £200 ticket (approximately $400). To be fair (and economical) it is possible to take the express train to Paris from London for a cheaper fare, just make sure you purchase in advance.

We arrived in Paris two hours later, passing the outskirts of the city and marveling in the sights of France. I desperately tried to mark the moment in which we traveled between the United Kingdom and entered France, however I missed that integral moment due to a better moment of slumber. 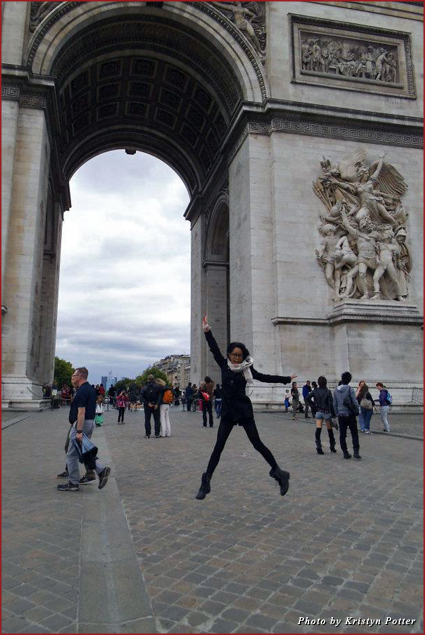 The Eurostar arrived at Paris’ Gare du Nord train station, and we were immediately overwhelmed with the amount of travelers who chose that particular weekend for a Parisian holiday. After sorting out official business and gathering enough travelers maps to fill a hostel, we ventured outside the station, overtaken by the smell of urine and city but equally overwhelmed by the beautiful buildings and balconies that, in my mind, are incomparable to any other city I have seen. Paris is beautiful, that is a fact.

We crossed the street to a McDonald’s and were momentarily amazed at the pastry bar inside of the establishment (London’s McDonald’s didn’t have a full-on patisserie), and the first culture shock of Paris happened in the loos when my mate and I realized there weren’t proper toilet seats.

After leaving the McDonald’s, which took about 15 minutes to regroup and get over the initial “Oh my gosh, we are in PARIS!” excitement, we took a taxi to the Eiffel Tower. The taxi ride didn’t take too much time, nor did it cost too much, and we were able to see the city at a very fast speed. The Eiffel Tower seemed fairly small in the distance, however, after paying the cab fare and standing underneath the structure, the fact that we were in Paris was finally solidified in our minds. Breathtaking doesn’t quite describe the feeling that one gets after seeing the Eiffel Tower for the first time, with its metallic brown structure, overflow of visitors aching to reach the top, and tourist stands outside of one of the world’s most recognizable landmarks.

After taking enough pictures to fill an entire album, we caught lunch on the Rhine at a seemingly pop-up shop that served hot dogs in baguettes—quintessentially American in France, of which I could appreciate. With only six hours left we decided the next obvious stop was the Arc de Triomphe. 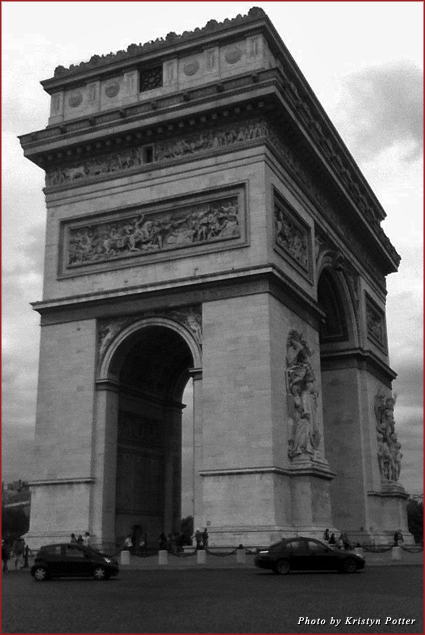 We took out our maps given to us from the tourism bit at Gare du Nord and began walking down in the direction of the Arc de Triomphe and Champs Elysées. My friend and I got lucky, as we ran into a group of American women who were in Paris for a week on holiday and were walking to the Arc de Triomphe as well. We took a couple of pictures at the monument, and risked our dear lives to run across the very busy street for the Metro. The Metro station was a bit hard to figure out, but fortunately we ran into people who spoke enough English to tell us which Metro line to take to get to the Louvre.

For someone trying to re-create this adventure, I would advise making a plan for the Louvre prior to reaching it because once you are in front of the famous museum for the first time, instantly you become overwhelmed by the amount of tourists and the fact that some of the world’s best work of art is literally beyond the front doors. We managed to see “Venus de Milo” and the “Mona Lisa,” which is exceptionally small in person—breathtaking for what it’s worth, but smaller than I imagined. We walked in circles in the Louvre about five times—it’s so easy to get lost—and realized we would never be able to see all that we wanted to see in our short time in Paris. 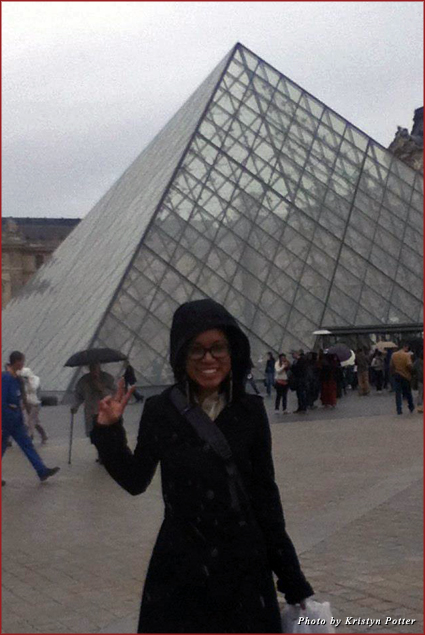 After the Louvre, my friend and I headed to the Notre Dame, where the cold summertime rain briefly stopped to allow us to take in the beautiful cathedral. From outside, we attempted to capture the cathedral’s essence and, while taking photos, we could hear singing from inside. I wish we had time to go inside Notre Dame, but the eight hours in our Paris schedule didn’t permit. We did, however, have enough time to grab dinner outside Notre Dame—no doubt the most quintessential French cuisine for tourists, but as Americans living in London we weren’t able to tell a good crêpe from a bad crêpe as it all pleased our palette equally.

Our trip came to an end after dinner, when we took a cab back to the Gare du Nord station and passed out before the train even left for London. The next day I woke up and had to look at my pictures to believe I spent the previous day in Paris. While I wouldn’t recommend only going for eight hours, I will say that if eight hours is all you have, you can manage to get a lot done in a short amount of time.