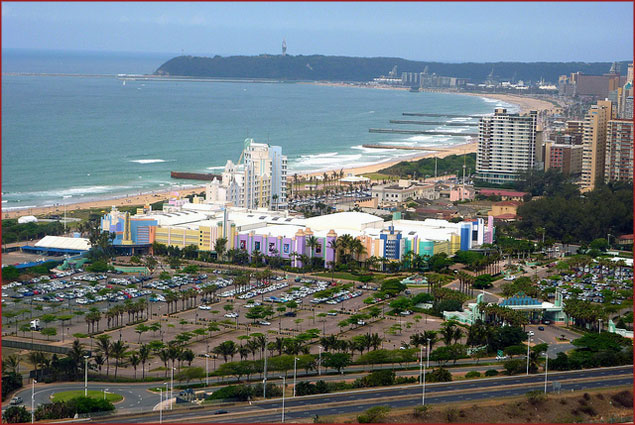 Whenever I’m overseas, I’m always surprised at how little the people I meet know of South Africa. A little word-association reveals that the things people most attribute to my homeland include Nelson Mandela, ‘biltong and boerewors’ (local delicacies) and Cape Town. So when it comes to Durban – the city where I grew up – I find that most foreigners remain ‘in the dark’ as to what it’s all about.

Geographically, Durban is positioned on the East Coast of South Africa, lending itself to warmer year-round temperatures than the rest of the country because of its subtropical climate. The Mozambique current runs past, ensuring the water stays warm and encouraging a beach/surf centric lifestyle. Aside from the great weatherand warm ocean temperature, I’ve jotted down a few of the things that make Durban great for me.

As the third-largest city in South Africa, Durban has lots to offer. One of the city’s defining features is its diverse setting. In Durban you can experience the vibrant beachfront promenade and pulsing city, then get in your car and drive inland to the solitude and beauty of the Drakensberg in the same day. 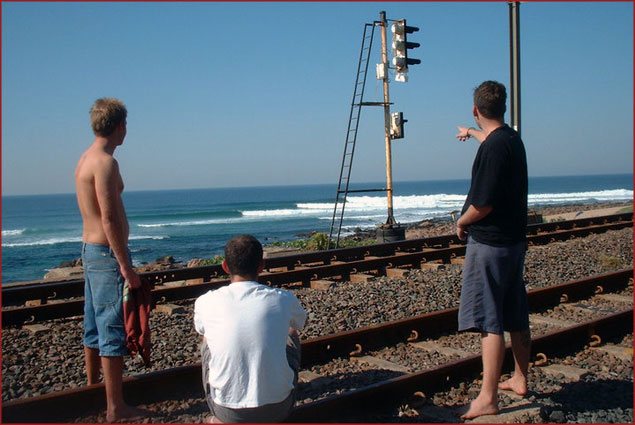 Most of Durban’s beaches are extremely safe for swimming, and are well-looked-after by the city’s competent lifeguards. Current world number 2 surfer Jordy Smith hails from Durban, and grew up surfing the beaches around the city.

A Melting Pot of Culture

With so many ethnic groups represented in Durban, the city literally is a melting pot of culture. There are almost a million Indians living in South Africa, the largest group outside of India and Pakistan. The strong Indian influence in Durban means the city is a hotspot (excuse the pun) for flavourful curries and other fusion food. 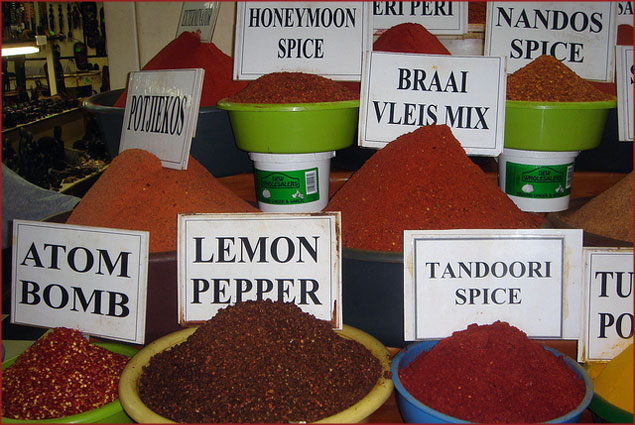 The ‘Bunny Chow’ is a popular local dish born out of Indian Durban. The dish consists of a hollowed-out loaf of bread filled with curry, and it’s known to be the go-to meal for anyone from hungry labourers to surfers looking for a satisfying post-surf meal. So don’t fret if you’re in Durban and you hear someone say “I’m hungry bru, let’s get a bunny” as they’re definitely not looking to swallow a cute furry animal. For genuine bunny chows and a variety of other Indian foods and spices, try out the Victoria Street Market in the CBD. 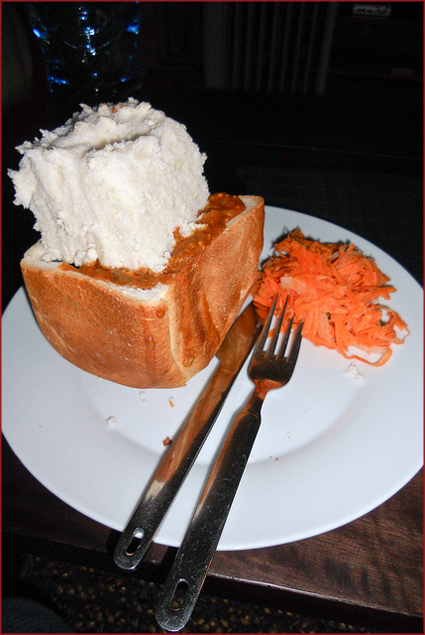 Zulu culture is also well represented in Durban. Get involved by heading to Phezulu in the Valley of a Thousand Hills where you can experience traditional Zulu dancing, visit a ‘kraal,’ and gain some insight into Shaka’s ancient and fascinating culture.

Durban has a lot to offer families travelling with children. From the world-class aquarium and water park at uShaka Marine World to the entertainment value of the Gateway Theatre of Shopping in Umhlanga Rocks (the largest shopping/entertainment complex in the Southern Hemisphere), you’ll never be stranded with bored children.

All tastes are catered for when it comes to accommodation. Nomadic, budget-conscious explorers can enjoy beachside backpackers, while discerning travellers can discover five-star luxury, and there’s plenty of self-catering comfort available for families who prefer to go at it on their own.

The World Cup may have come and gone, but the spectacular structure that is the Moses Mabhida Stadium will forever be etched into the Durban skyline. While droves of football fans may be in their home countries making plans to head to Brazil in 2014, the stadium remains as testament to South Africa’s hosting of a successful Soccer World Cup in 2010. Moses Mabhida’s defining structural feature is its arch, and there’s even a ‘Skycar’ ride you can take to the pinnacle and a ‘big swing’ which allows you to launch off the top of the stadium in an exhilarating plunge. 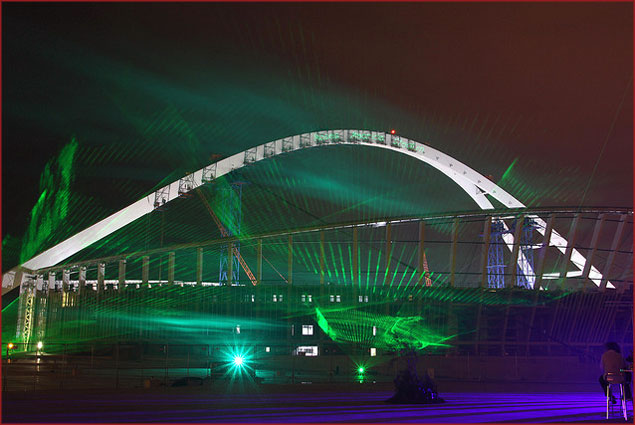