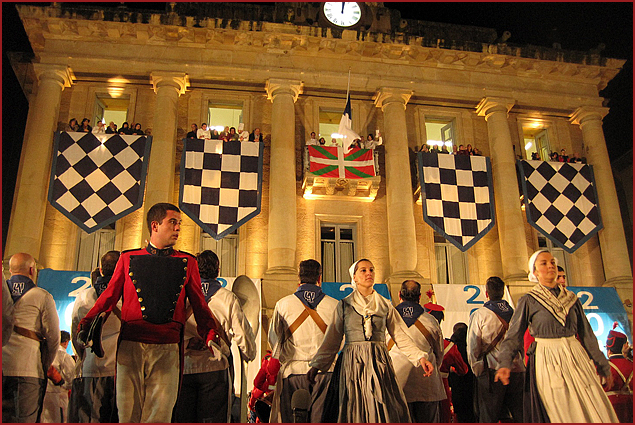 During the year San Sebastian, Spain is a lively place – loud pintxo bars, intense rowing races, crashing waves filled with surfers and traditional Basque sports – but for one day this Basque city transforms itself into an even livelier non-stop festive spot to celebrate San Sebastian Day. For 24 hours, the streets are full of drumming, singing, drinking, and dancing. ‘The Tamborrada” is one of the Basque Country’s best parties that allows you to take in the culture at the same time.

In 1597, a plague struck Donostia (the name for the city in the local Basque language), and the desperate townspeople prayed to Saint Sebastian to cure the illness. By some miracle, the plague ended, and the people of the town promised to always honor the saint on January 20th. 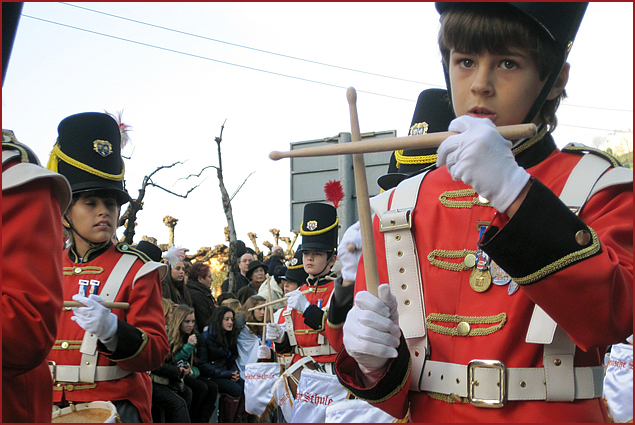 Around this same day in the 18th century, Donostia, a walled city at the time, was occupied by the French military. Inside the walls, there were only two fountains to get water from, Kanoletan and Koxkax, and to fill up your bucket you had to be a Frenchman, a cook, or a woman. While standing in the long line, the Basques began to poke fun at the Frenchmen’s morning military procession by banging their cooking instruments on the water buckets. Nowadays the tradition lives on, costumes and all. At midnight on the night of the 19th, the izada (flag raising) takes place with much fanfare. As the clock strikes midnight, the entire Konstituzio Plaza goes silent, and after the ringing of the 12 bells, the music commences with dancing, drumming, marching, and of course, the crowd singing the Basque songs they know by heart. Although the songs are sung in the native tongue, tourists are welcome to join the party. With the jovial crowd singing and the drums pounding so hard you can feel it in your chest, all visitors need to do is clap their hands loudly and enjoy the show. After the izada performances, the fiesta has officially started, and soon after begins an endless night of partying accompanied by drums. At some point during every second of the following 24 hours, there is a group parading around some neighborhood drumming and singing the Basque tunes. 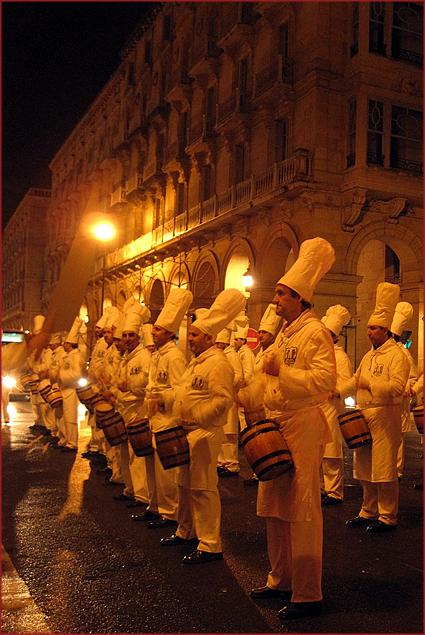 The most impressive drummers come out at noon the next day at the Tamborrada Infantíl. More than 5,000 children, who have been practicing for months, line up and tocar los tambores – play the drums. The parade seems like a never-ending line of kids, each school group wearing a different outfit, but playing the songs of their country united. 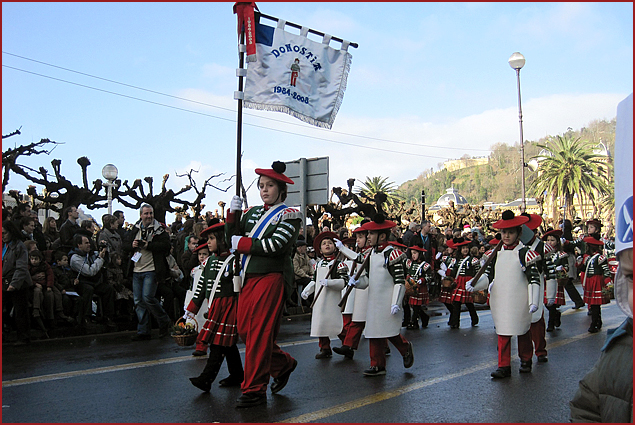 The celebrations end in the same manner as they started, this time with the arriada (flag-lowering). Just as big of a ceremony as the raising, the chefs, Frenchmen and Basque peasant women take to the stage again to bring the festivities to a close. The men who perform normally belong to a sociedad, an exclusive gastronomic club. Until recently, only men were allowed in these private institutions, which started as a way for men to meet and experiment gastronomically. Nowadays, women can enter but still cannot pass the threshold into the kitchen nor clean. After 24 hours of non-stop partying, a tourist can bask in the fact that in a mere day he has enjoyed the local music, witnessed the intricate traditional dancing, tasted delicious fiesta food, sported a costume like the locals (chef hats are on sale at all supermarkets for 1€), and partied like a Basque.