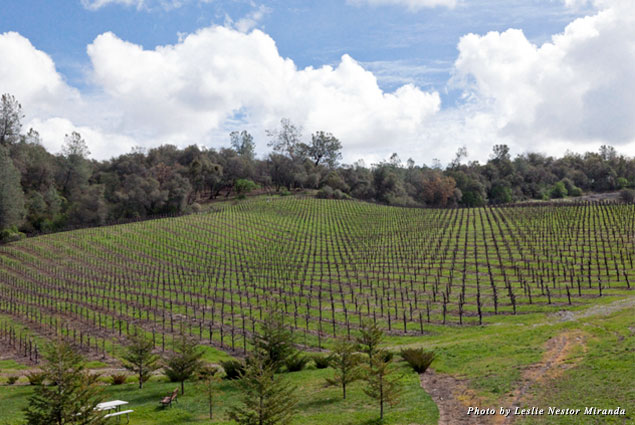 El Dorado County is an American Viticulture Area (AVA), and its wineries are immersed in a passion for creating impeccable, adventurous, and sustainable wines. They’re on a continual prolific path toward their dedication to educating the wine admirer. 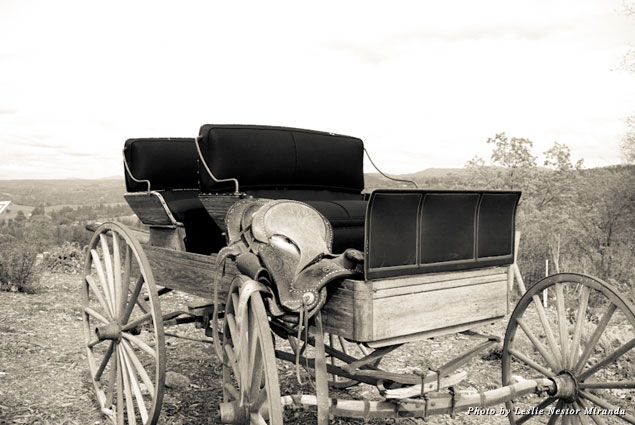 El Dorado means “the Golden,” and it is notorious for its Gold Rush in 1848, which later established 2,000 acres of grapes planted by the turn of the century, making it the third most popular region in California. Today, the region germinates itself with enriched soils ranging from volcanic ash to granite, which has granted the region and its winemakers an extraordinary bouquet of wines with detailed diversity of varietals, such as Cabernet Sauvignon, Zinfandel, Petite Sirah, and Rhone.

The El Dorado wine region is located in Placerville, California, where it is engulfed in the Sierra Foothills between Sacramento and Lake Tahoe. Placerville is a delightful Gold Rush town named after the placer gold deposits found in its riverbeds and hills in the late 1840s, which is a huge component to the quality of wine being made in the region and in nearby wineries. 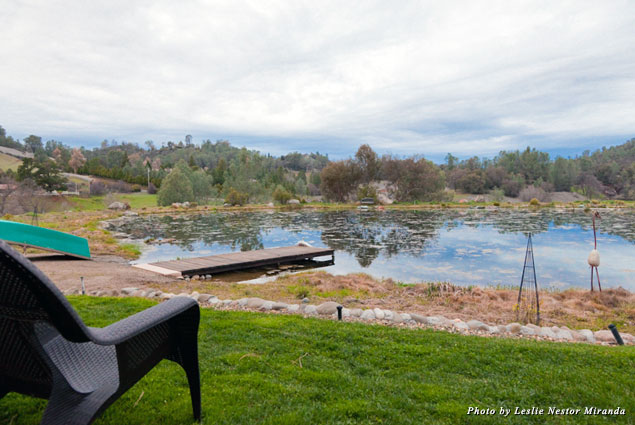 We checked into the Eden Vale Inn, owned by Mark and Gayle Hamlin. Named one of America’s Top 10 Most Romantic B&B’s, Eden Vale Inn puts you just minutes from Placerville and Coloma. The rooms were elegant and casual with our own private luxury bath, acres of Sierra Foothills on view, and a swimming pond. Breakfast was served with fresh vegetables and fruits grown on site. The Eden Vale Inn strives to be a green B&B and replenishes back into the soil as much as it takes out. 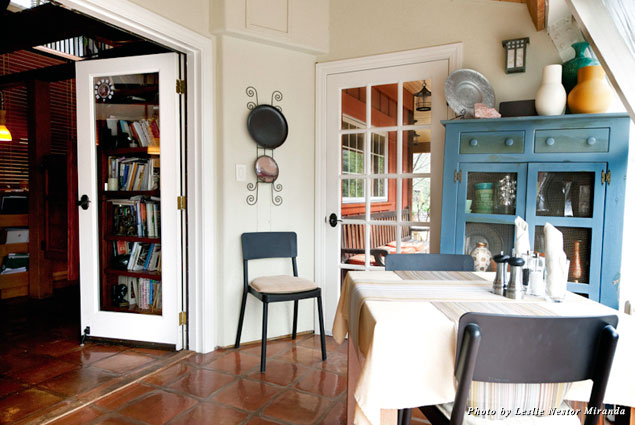 El Dorado County is home to more than 70 wineries. I was able to visit a few and meet with the owners of 18 El Dorado wineries. Here is a snapshot of my tour: 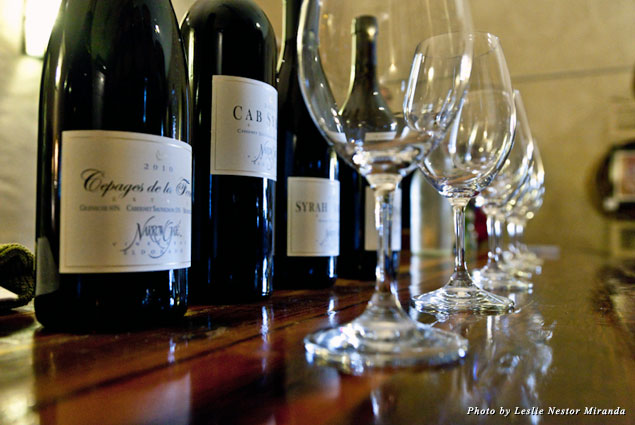 Narrow Gate Vineyards is located in the tall Ponderosa Pines just outside of Placerville. Owners and winemakers Frank and Teena Hildebrand use a biodynamic cultivation process to add nutrients back into the soil by cultivating roughly 40 tons a year of compost that has been prepped with microbes, which inhibit the vines to mature with no pesticides or poisons. In practice, biodynamic farming meets the organic standard inclusive to the prohibition of chemical fertilizers, pesticides, herbicides, and fungicides. The Hildebrands are advocates in integrating animals and animal feeds, perennial plants, flowers, trees, and water conservation into their compost, which is replenished into their land.

Out of the various selections of exceptional wines we tasted, the 2010 Syrah Viognier Estate left an impression on my palate. This bouquet is a classic Northern Rhone, Cote Rotie style and is co-fermented with 8% estate-grown Viognier. The mixture transcends a peppery and aggressive finish, with the Viognier adding a stylistic change. Flavors such as lavender, blackberries, and French oak explode on the palate with such delicacy.

The neighboring vineyards on the forefront of sustainable cultivation are Madroña Vineyards and Holly’s Hill Vineyards, which are taking notes about biodynamic farming in addition to their already organic and fish-friendly farming techniques.

Madroña’s exceptional mountain elevation vineyards offer perfect growing conditions for the wide range of Rhone and Bordeaux varietals grown. Owners/winemakers Paul and Maggie Bush introduced their 2012 Dry Riesling, which is their signature collection. Huge fruit notes of green apple, lemon, lime, and cardamom lace the palate with a subtle tart finish that makes the end shine. I was impressed with the mild acidity that lingered given it had just been bottled just last year. Own-rooted (rooted by hand) in very deep Aiken clay loam soils has balanced the vigor to the fruit. 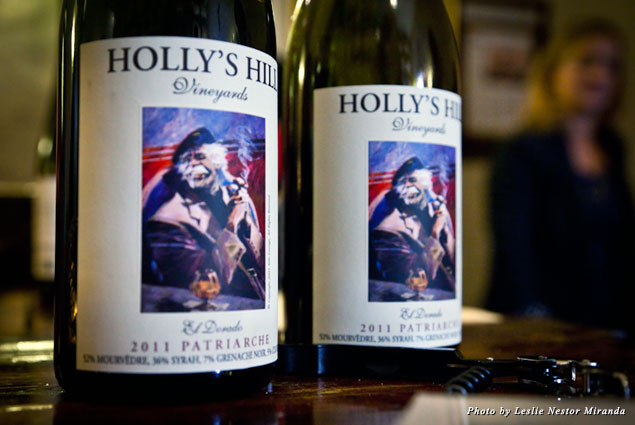 I was definitely impressed with the white wine varietals being introduced, but the 2011 Patriarch from Holly’s Hill Vineyards caught my attention. This bouquet is 52% Mourvedre, 36% Syrah, 7% Grenache, and 5% Counoise with hints of blackberries, cherries, and strawberries. The winery specializes in producing Rhone varietal wines but also produces a dry Rose and red and white blends. 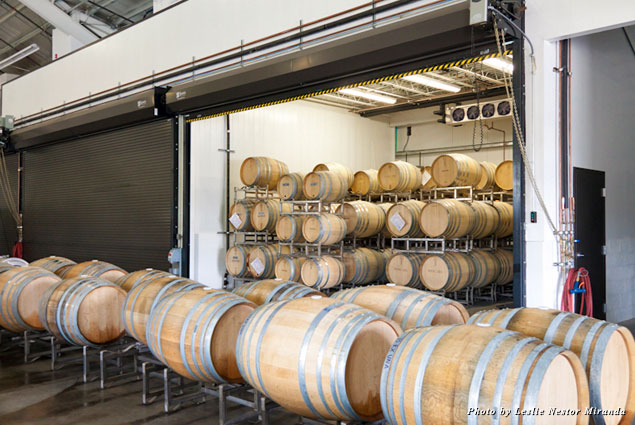 Skinner Vineyards and Winery specializes in making Rhone-inspired wines. Owners Mike and Carey Skinner have deep family heritage within the foothills and are determined to continue the family legacy. They unveiled their 2009 Syrah, which is grown at a 2,800-foot elevation and has bold flavors of black and blue fruit, chocolate, white pepper, and tobacco.

The Syrah is grown predominately at Skinner’s Stoney Creek Vineyard in Fair Play, California. The profound effect on these wines comes from the richly decomposed granite soils. The 2009 Syrah is a composition of 88% Syrah, 6% Grenache, 5% Marsanne, and 1% Viognier. 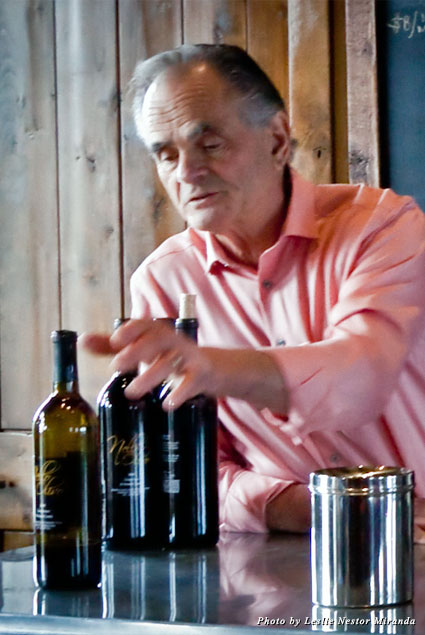 Nello Olivo of Nello Olivo Vineyards has set out to make food-friendly, well balanced, and clean wine. With the help of his winemaker, Marco Cappelli, Nello was astonished by how deeply flavored his vintages consistently produced. He later decided to add his name to the bottle, and the rest is history. The vineyards’ 1,400-foot elevation adds a distinctive character to the 2009 Sangiovese, which delivers huge fruit notes with dark colors of blue, brown, and deep earth tones that solidify the almost classic Chianti-type wine.

Super Tuscan wine was Nello’s mission for his 2010 Toscanello, which relates to Tuscany, Italy. It’s a blend of 66% Sangiovese, 12% Cabernet Sauvignon, 11% Merlot, and 11% Sangrantino, a rare grape found in Umbria, Italy, and Italy’s answer to the big, bad California wines.

Gwinllan Estate Vineyard and Winery delivered its first harvested 2010 Zinfandel. With vines that grow an elevation of 2,318 feet, this Zinfandel is very intense and intricate with deep flavors. The well-drained soil of decomposed granite makes this wine shine.

Another wine to look forward to is the 2401 Petite Sirah 2010 from Perry Creek Winery. Winemaker Scott Johnson mentioned they source their fruit from their premium 30-acre Fair Play Farms Vineyard, their 13-acre Estate Vineyard, and other outstanding vineyards throughout El Dorado County. Rich and bold concentrated colors in the wine are produced at an elevation of 2,401 feet. The integration aging process in both French and American Oak barrels delivers French smooth yet American ruggedness to its flavor. It is still a young wine, but it is powerful in its anticipation of maturity.

The 2011 Grenache from Crystal Basin Cellars is a rich, dark wine with 15% alcohol content and strawberry flavors; it is the backbone of some of the Rhone blends that stem from decomposed granite soil. Owner/winemaker Mike Owen has been making wine for 26 years and says these grapes are picked early due to an early bud break. Mike does not add acid in the wine and believes adding sulfur (a natural element) produces a “grandmother grape jelly” quality to wines. His Grenache blew me away with its supple tannins and smooth finish on the palate.

Boeger Winery has had four decades to manicure its wines and vineyards to perfection. The winemakers grow 90 percent of their own grapes and believe in one thing: quality. Owner and winemaker Greg Boeger was one of the state’s first producers of a varietal Merlot when it was virtually unheard of in California.

The 2013 Sauvignon Blanc has 9% Semillon and 10% Flora with aromas of grapefruit, pineapple, and coconut. It is an outstanding Sauvignon Blanc and one of my favorites white wines. Boeger’s winemakers also pride themselves with the fine care of their Pinot grape, which is a very sensitive grape that requires much effort and care. I was excited to taste the 2011 Pinot Grande Reserve, which has intense and robust flavors such as strawberry, raspberry, fig, and cloves.

With soil high in minerals and complexity, Lava Cap Winery practices and integrates sustainable strategies for high-quality fruit while protecting the environment. The philosophy is to express the elegant and complex varietal character from each block of the family’s vineyards. We tasted the 2011 Grenache—bold and filled with spicy tannins and complexity of notes in berry fruit, cocoa, and caramel.

Cedarville Vineyard’s 2012 Zinfandel is representative of how its soil embodies structure and style. The Zinfandel is dark in color but light in taste due to its granite-based soil. This wine has hints of dark cherry and plum and possesses a natural acidity from being farmed organically. It is bottled and filtered for only 16 months in barrels and has a composition of 25 percent new wood from primarily French oak, creating a smooth finish.

Mount Aukum had to use dynamite to demolish gigantic boulders in order to redistribute in its vineyards, which are primarily composed of Petite Sirah and a bit of Zinfandel. The 2009 Cabernet Sauvignon is amazingly smooth with hints of walnut and amber.

Owner and winemaker Ruggero Mastroserio of Mastroserio Winery believes his region, where the terroir is known for its varied microclimates, creates the perfect conditions to produce his variety of wines. Ruggero’s vineyards date back to the ’80s, but he planted new blocks in 2000 when he moved to Fair Play from Italy. It was such a pleasure to be transported back to Italy with wines such as Cabernet Franc and Petite Verdot—and to hear Ruggero’s play the saxophone for his customers in his tasting room.

Mastroserio Winery’s 2010 Petite Sirah had such an everlasting flavor with wonderful extractions of black berries and boysenberries, which gave it a jam-like viscosity. His wines have soft tannins with long barrel fermentation.

Winemaker Grayson of David Girard Vineyards first planted Merlot grapes in 1998, followed by the 2001 plantings of Syrah, Mourvedre, Grenache, Viognier, and Counoise. We tasted the 2012 Vermentino, which is soaked for 24 to 48 hours, fermented in neutral barrels, and bottled after seven months of harvest to contain such bold flavors and deep color.

Wofford Acres Vineyards was established in 2003 and grows two grapes: Nebbiolo and Petite Sirah. We tasted the 2012 La Mancha, which is 55% Nebbiolo and 45% Petite Sirah. There is so much Petit Sirah in the wine, and it still remains so light. It is the winery’s flagship wine.

Owner/Winemaker Richard Stading with Auriga Wine Cellars started in 2001. The 2011 Reserve Zinfandel uses grapes from the Sumu Kaw Vineyard, where the vines are 25 to 28 years old. Syrah and Grenache are also grown on the vineyard, but Richard refers to his Zinfandel as a reserve because out of the 25 barrels of Zinfandel he chooses the best four. This wine has fine extractions of plum and blackberries with chocolate components, soaked in 40% new American oak and heavily toasted for bold jammy fruit, which balances out the 15% alcohol content.

Owner Guy Fenton with Fenton Herriott Vineyards first began making wine in 2003 at an elevation of 2,300 feet. The winemakers possess a great slope where they grow Syrah on the top and Barbera on the western edge to obtain more heat. Their 2010 Barbera is a medium-bodied Italian varietal with flavors of boysenberry, cherry, raspberry, and highlights of vanilla.

Windwalker Vineyards has a total of 29 wines, three of which are whites. The winemakers grow Chardonnay, Sauvignon Blanc, and all five Bordeaux. Windwalker’s 2010 Cabernet Sauvignon is from the estate and possesses a bold yet sharp and bright finish.

El Dorado possesses mineral-enhanced soils that enrich the wine and the drinker alike. The common wine drinker may identify him or herself as a single-varietal person without realizing the true exploration they are encouraged to find in El Dorado Wine Country. This saturated group of new growers and owners is contagious and beautiful. Upon entering all of the modern tasting rooms throughout the region you cannot help but feel positive energy and excitement for an advantageous ideology toward great wine. Be an adventurist and explore a decadent wine region that will revitalize your knowledge of bold and exceptional wines.

Amador County Wine Country The Other Side of Sacramento