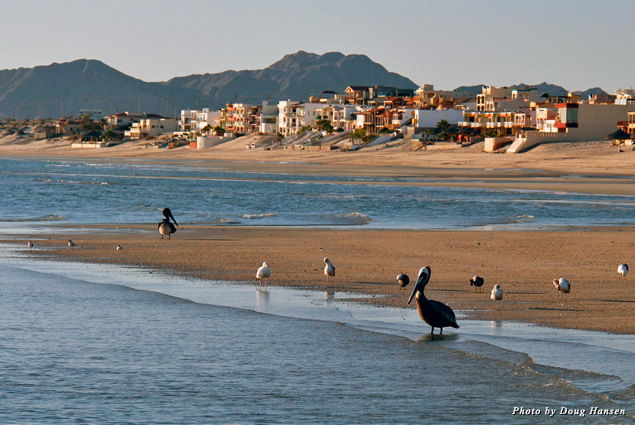 Our introduction to San Felipe, Mexico, began as we sat in the shade of a palapa admiring the turquoise waters of the nearby Sea of Cortez, when suddenly our guide pointed to a mysterious speck high in the sky. It steadily approached until we could see an ultra-light aircraft swooping down in a graceful arc and halting abruptly on the sandy beach nearby. 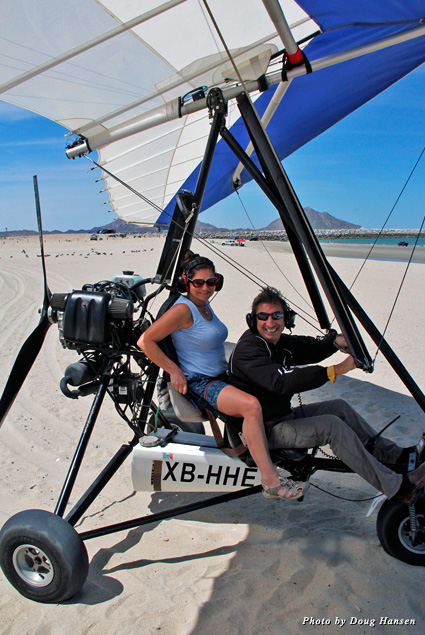 I volunteered to go on the sightseeing flight first with the ever-smiling German pilot, Raphael, whose 14 years of flying experience reassured me as the fragile-looking craft soared high into the sky. The exhilarating flight lasted maybe 15 minutes, but it afforded an incomparable view of downtown San Felipe surrounded by wide, sandy beaches, distant mountains, and the dazzling hues of the Sea of Cortez. 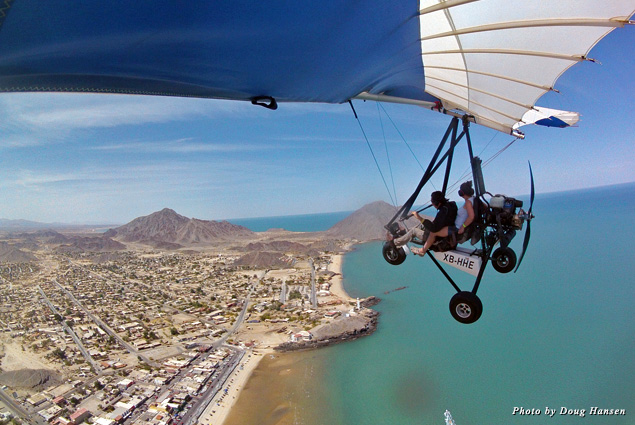 My wife and I had flown to San Felipe, a small fishing town on the east coast of Baja California, Mexico, for a five-day exploration of the city and its surroundings. The recently inaugurated SeaPort Airlines’ flight from San Diego’s Commuter Terminal to San Felipe took a little more than an hour, in contrast to the four-plus hours it would take to drive from San Diego. Visitors also benefit from the newly refurbished Highway 5 from Mexicali to San Felipe, which has made the two-hour drive a much better experience. 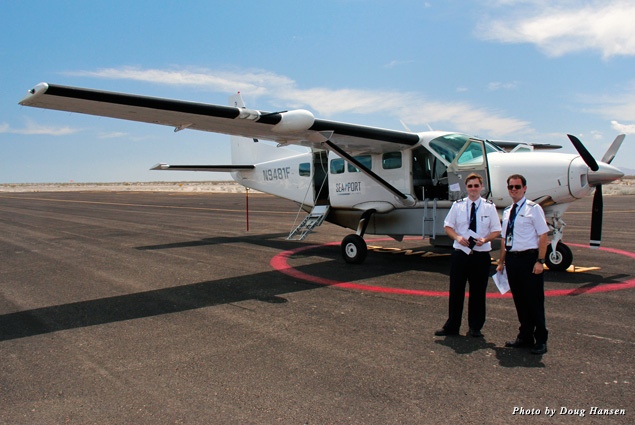 We were fortunate to be hosted by the area’s tourism manager, Rubén de la Peña Chavoya, who proved to be not only an invaluable guide but also a remarkable diplomat. Wherever we went, Rubén would warmly greet someone he knew, from the local Navy Admiral to the street jewelry vendor. In this way he demonstrated the appeal of this small, friendly town (population 25,000, including 7,000 foreigners) where everyone knows one another and visitors can have, as one resident remarked, “a Hemingway experience.” 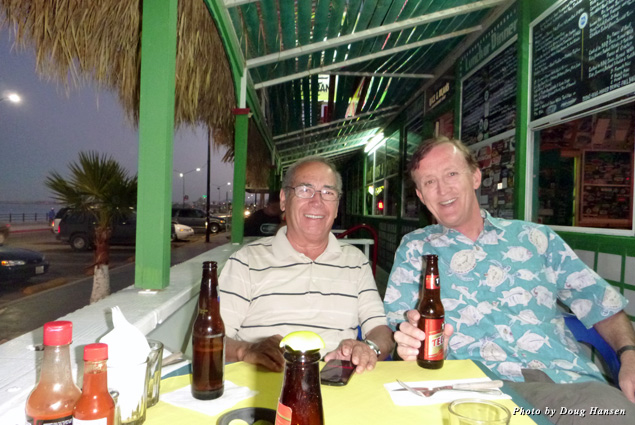 Despite the picturesque flight and Rubén’s congeniality, at first I struggled to get comfortable with San Felipe. I went without any preconceived ideas; all I knew was it was near the ocean and many Americans lived there. To be honest, I was troubled by my first impressions as we drove past abandoned or half-finished buildings, with litter strewn pretty much everywhere. It was like a “tale of two cities”—the people I met in San Felipe loved the place, yet the impact of the precipitous drop in tourism since 2008 was visibly evident.

So I decided to dig deeper and uncover the aspects of San Felipe that draw such devoted fans, such as Mark and Terri Roberts, who have owned a home there for eight years. “What do I like best about this place? Its nice people, blue sky, blue water, constant activities so you’re never bored. There are no bad days here,” exclaimed Mark.

He continued, “When I cross the border into Baja, I feel a sense of freedom. Baja is like the last frontier.” His wife, Terri, added, “Also, a lot of the older retirees will tell you that the fresh air and fresh fish have added 10 years to their lives. The medical care here is great and costs a lot less than in the States.” 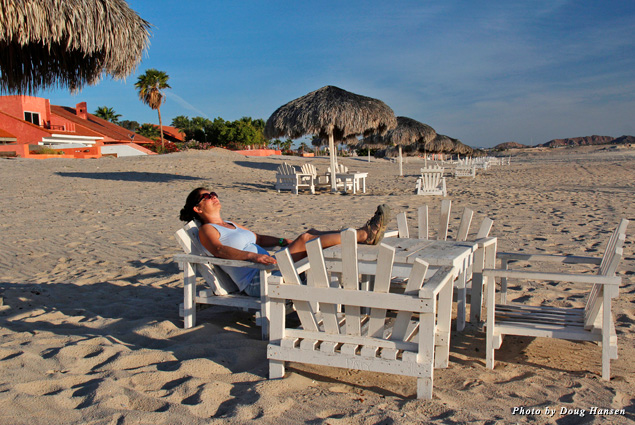 Rubén explained that tourism has declined drastically due to the 2008 recession and safety concerns about drug violence in Mexico. He pointed out that not only is San Felipe safe for visitors, but also the economic downturn in the US has actually enhanced the retirement appeal of San Felipe. A 2,000-square-foot, custom home with an ocean view costs less than $200,000 to build, with monthly expenses so low that, as several residents pointed out, “Where else can you get an ocean view and live comfortably on Social Security?” 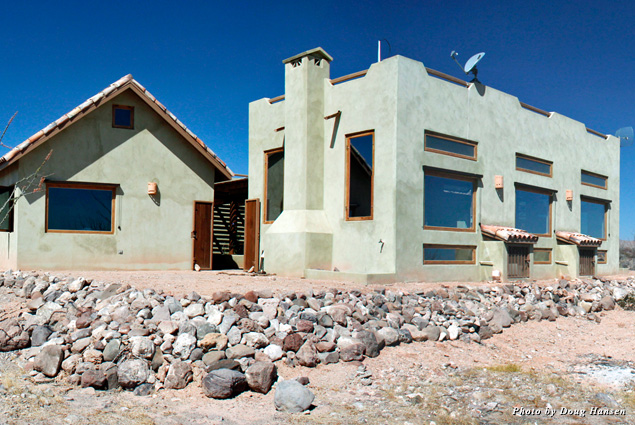 As for our safety, my wife and I spent a good deal of time walking around downtown and on the long, empty beaches, without a hint of danger. On a balmy Saturday evening, we joined the local families who leisurely drove or strolled down the main seaside street. Many danced and clapped as musicians played their guitars and sang traditional Mexican love songs, while in the midst of the tumult a group of men incongruously played tubas, trumpets, and clarinets, a bit off-key but joyful nonetheless. We felt comfortable and completely safe. 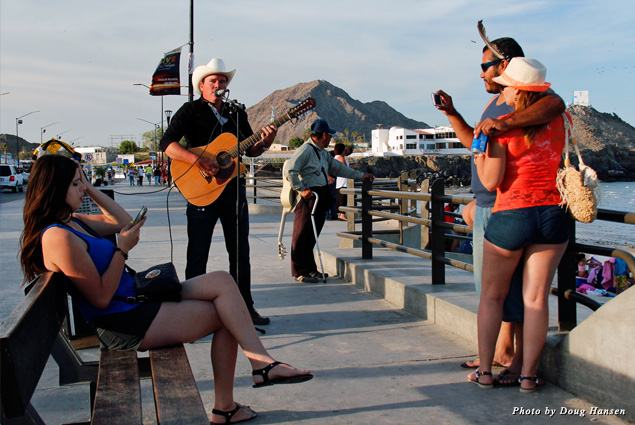 Since fresh water has become such a hot topic in California, and San Felipe sits in the middle of a hot, desiccated desert, I wondered about the reliability of the water supply. “No problem with water,” Rubén assured us as we drove down a dusty road a few miles from town. Eventually we stopped at a nondescript patch of desert where five wells pumped fresh water from a vast underground aquifer.

Eating at a wide variety of restaurants proved to be one of the highlights of our visit. We savored a wide assortment of shrimp preparations, fresh fish tacos, broiled fish, heaping mounds of fresh clams (found in abundance), and other traditional Mexican dishes. San Felipe’s food was remarkably good and inexpensive. Armando Ramos, the owner of our hotel, the San Felipe Marina Resort & Spa, claimed, “the most exciting food in Mexico is coming from Baja California.” 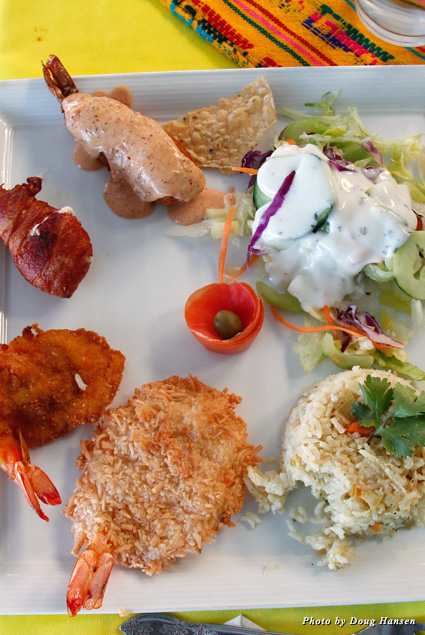 Our favorite excursion involved a day trip south of San Felipe during which we visited a new retirement community, explored a natural seaside hot springs at Puertecitos, and marveled at the towering, 2,000-year-old saguaros in the Valley of the Giants. We capped our tour by feasting on awesome fish tacos at Alfonsina’s Resort at Gonzaga Bay, a combo hotel and restaurant nestled on a long wedge of sand between two pristine, azure-colored bays.

As we prepared to leave San Felipe, I reflected on our overall experience. We had enjoyed great meals, friendly people, fun activities, and the riveting shades of blue in the Sea of Cortez. As one old-timer retiree wisely pointed out, “There is no utopia. Everywhere has its pros and cons.” San Felipe has a subtle, desert charm and affordability that should attract many more tourists in the years to come because the pros do outweigh the cons.