Dinner at the Oldest Restaurant in the World 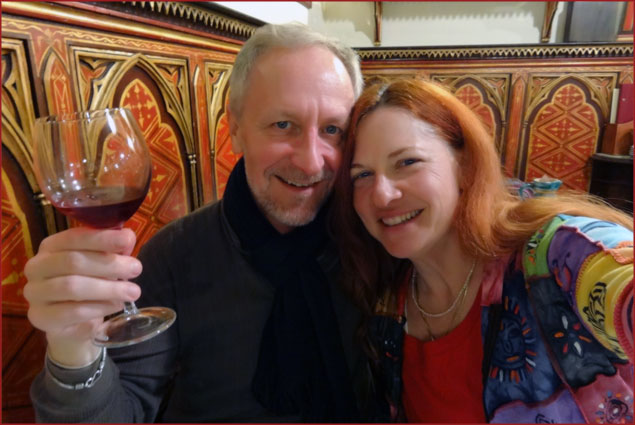 After our last Egypt tour, Greg and I stopped over on the way home for two and a half glorious days in Madrid. The weather was fine, sunny, and cold enough for a jacket but not cold enough to see your breath.

We stayed in the wonderful Hotel Praktik Metropol, a class of hotel known as a hostal. The hotel featured tiny rooms, perfectly appointed with marvelous views and terrific prices in the heart of the Gran Via district of Madrid.

We were delightfully enchanted with a city that stays up until the wee hours each night and prowled the streets on the lookout for yet another fabulous serveceria (our very favorite was Casco Viejo), or a clothing stop (Alitalia lost one of our bags – thank God for travel insurance!), or a museum. Did you know Reina Sofia is closed on Mondays? (But the serveceria at the corner of the square is open!)

No matter what we did or how far we walked, Madrid charmed us with her open, friendly streets and store owners, her history, and especially her cuisine.

Nowhere was this more evident than at Botin, which is the oldest continuously operating restaurant in the world. We dropped by at nearly 9 pm on a typical evening; a little early for the locals, but the joint was jumping. “Reservation?” we were asked. When we sadly shook our heads, the maitre’d nodded and immediately showed us to a table in the tiny front room, in full view of the bar.We sat on one side of the table so as to be able to watch the comings and goings of their guests, who were so polite and kind. 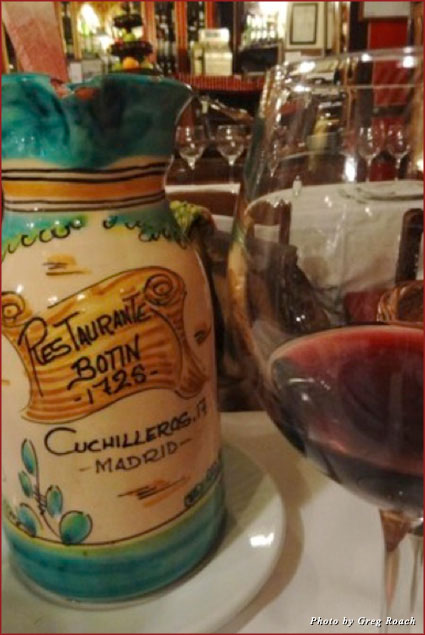 After ordering several tapas that we deemed quite expensive (compared to the other locales we had visited) Greg decided to indulge in the sangria, which arrived in a small pitcher that bore the name and establishment date of the place—1726! It was served with a wooden spoon stained cranberry with the wines of many meals past, and he pronounced it delicious.

As the food arrived, we were surprised to find that each plate was almost a meal in itself. Blood sausage was some of the best we had ever tasted, a platter of mushrooms was indescribably delicious, and the fresh asparagus was cooked to perfection. The artichoke hearts were enough to make you swoon, and they came with a chopped sprinkling of the local jamon. 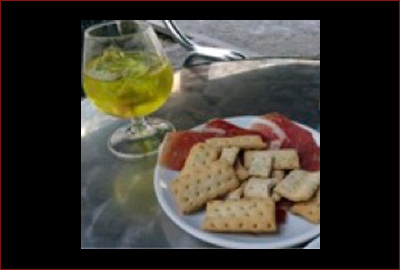 A word about the local ham. It is ubiquitous in this part of the country, with every serveceria offering it up, some even as a freebie to go along with your drinks. Haunches sit on bars all over Madrid, locked in a special jamon vise that allows the waiter to carve thin slices of this heavenly offering that they then arrange carefully on white china and distribute throughout the establishment.

From the lowliest tapas bar to the chain called “Museo de Jamon” (literally, “Museum of Ham”), smoked meat is everywhere. In two hours at Botin, they sliced and served an entire haunch of jamon, then removed the bone and replaced it with a fresh one. As Greg pointed out, you wouldn’t want to be a pig in Madrid, but you’d love to be a dog.

Excited to see the rest of the restaurant, I excused myself to visit the ladies’ room. Just past the maitre’d stand, I found the heart of the restaurant. Opened in the early part of the 18th century in this very same spot, Botin’s wood-fired oven has been turning out roast suckling pig, chicken, and lamb ever since.

When you see the small holding room, its arched barn door open to allow you a glimpse of the delicacies inside, filled with shelves of roasts, even the little piggies themselves seem to be smiling at you in anticipation. A single kitchen worker pulls the orders, chops and plates the meats, and hands them off to waiter after waiter.

This is perfect Spanish food, powerful in its simplicity, almost spiritual in its reverence to the cuisine of the country and its history, as generations of cooks hand down these techniques so that tourists and locals alike can dine in excellence.

We loved Botin and Madrid so much that we are taking you there! Tilting at Windmills: Wine, Tapas and Tales of Madrid is happening this October – sign up to get on the mailing list for this incredible trip. We’ll be traveling with locals, seeing things that the tourists don’t normally get to see at all, and going to special and unique places through the eyes of several Madrid insiders. WE CAN’T WAIT!