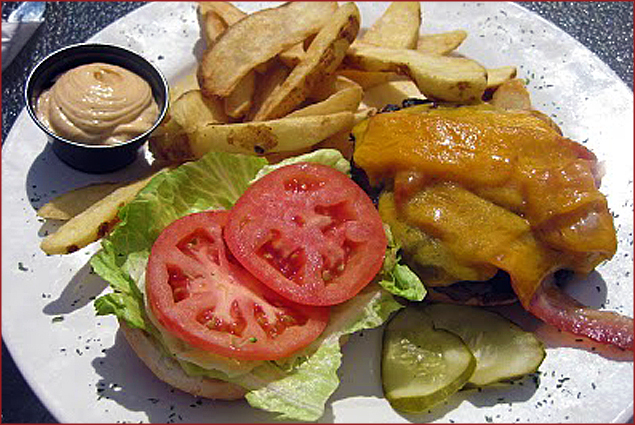 What began as an innocent trip to grab some brunch suddenly became a day of excess. While a friend and I decided to go to brunch and visit another friend and server at Ristorante aMano, we arrived just as said server was finishing her shift. Instead of dining without her, we decided to wait around and go somewhere where the three of us could eat instead.

So, what do you do to kill time while hanging out at aMano on a blisteringly hot day? Have a gelato breakfast! Since I was having an enormous amount of trouble making up my mind (story of my life), I decided on two distinctly different flavours; a cool, refreshing mint and a rich, almost chewy peanut butter-chocolate. As we licked our spoons clean, we agreed that it was one of my more genius ideas lately! 🙂

When we finally moved on for some “real food”, it was around the corner for a quick burger at the Red Stag Tavern, located in the Keith’s Brewery Market. We managed to get a seat on the patio and proceeded to laze in the sun as we awaited our meals. Still feeling like I could devour a full cow myself, I ordered a huge (for me) Admiral’s Burger; a charbroiled sirloin patty topped with bacon, cheddar and a garlic-horseradish aioli. 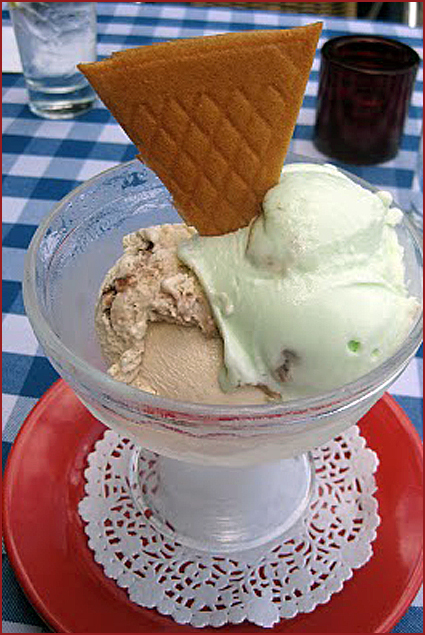 God, I love a good burger! The patty was think and juicy, and the salty bacon and greasy cheese did it even more justice. The potato wedges on the side were pretty good too – I always prefer a wedge to fries. Though they were unseasoned, I did enjoy them dipped in my side of chipotle mayo.

On a side note, I didn’t grab a photo of this one, but I recently had a lunch meeting at the Red Stag and was pleasantly surprised with the tasty dish set before me. I ordered a bowl of the Steak and Pale Ale Chili, and was shocked at how quickly it filled me up. With a tomato and Keith’s IPA base, this chili was created with chunks of steak as opposed to the usual ground beef…real meat…mmm!