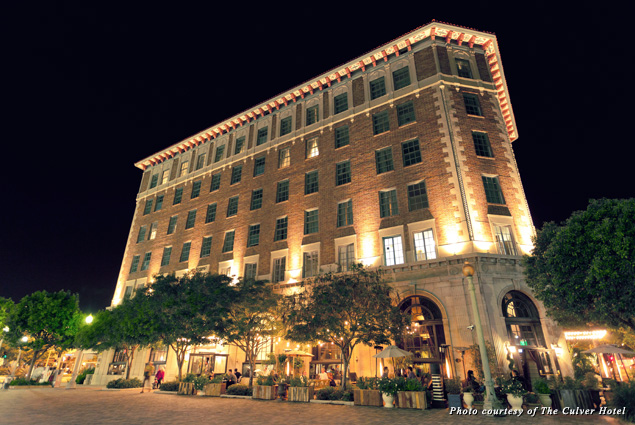 For Los Angeles residents, when friends from out of town ask where to go when visiting, three places usually come to mind: Santa Monica, Hollywood, and Venice Beach. Well, it’s time to add another location to that list. What was once thought of as a sleepy place to drive by on your way to somewhere else has become one of Los Angeles’ most talked about walking neighborhoods and trendy places to go: Culver City.

After I conducted a few “research” visits, it was clear to me the rumor about Culver City becoming Los Angeles’s newest stylish neighborhood was in fact true. Part of Culver City’s appeal is its convenient location east of Santa Monica and Venice, south of Beverly Hills, and north of the Los Angeles International Airport. It’s easy to get to the intersection of Washington and Culver boulevards, which is the center of it all. Whether you are a lover of the arts, a lover of good food, or a lover of culture, Culver City will not disappoint.

Over the last decade the commercial real estate market helped change the perception of the once-sleepy town with the creation of daring and unconventional office buildings designed by Eric Owen Moss. To go along with the image and structural changes, city officials chose to renovate the downtown public areas, such as sidewalks and medians, with the hopes of attracting new businesses; and that is exactly what happened. Little by little, more and more boutiques, galleries, and restaurants began taking up space. Since the area had so much historical Hollywood nostalgia attached to it, the hired designers and architects were inspired to maintain the existing ambience and décor and just add some modern day expansion. 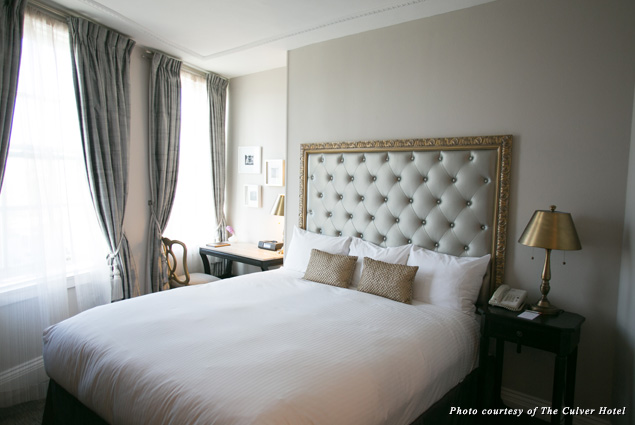 The jewel of Culver City’s renovation is undoubtedly The Culver Hotel, which has earned its right as an iconic historical building. The hotel originally opened its doors to many budding stars, including a 21-year-old Greta Garbo, the cast of “Gone With The Wind,” Charlie Chaplin, John Wayne, and even the Munchkins during the making of “The Wizard of Oz.”

Due to its unique shape, the Culver Hotel more closely resembles an intimate manor than a flatiron building—even at six stories (a skyscraper by 1924 standards). During the hotel’s renovation it was of utmost importance the hotel preserve the original architecture and layout. The hotel merged classic and contemporary elegance with just enough modern luxury to ensure guests would still feel as through they were taken back in time. 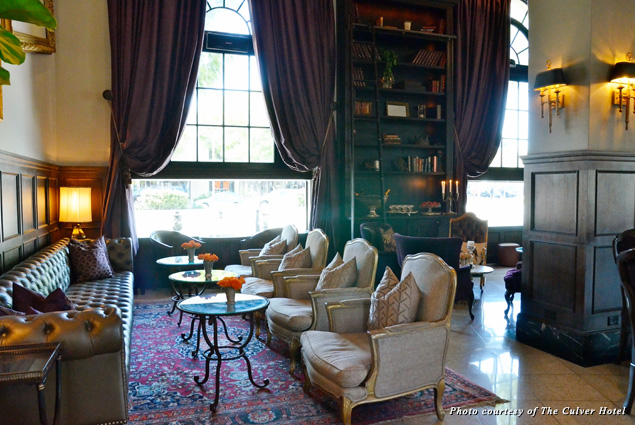 The hotel’s Grand Lobby is filled with magnificent armchairs and projections of classic black and white movies play on the wall. The lobby’s Dining Room hosts quite a selection of handcrafted cocktails along with a fabulous menu. I had the popular short ribs entrée, served sizzling in an iron skillet. The ribs were roasted for four hours and served with potatoes and Brussels sprouts that literally melted in my mouth. I also tried the sea bass, which was equally delicious served in a spicy broth with charred kale, and topped that off with a creamy Bailey’s chocolate mousse for dessert. The perfect additions to this hotel are the up-and-coming jazz artists who play every evening in the lobby, which truly transforms the venue into a roaring Supper Club.

Those that want a different “Culver-esque” experience can pass the lobby and head up the stairs to the Velvet Lounge, which is reminiscent of a 1920’s speakeasy with a twist of Parisian boudoir. The Velvet Lounge is open Thursdays through Saturdays after 8 p.m. and offers plenty of secluded corners to enjoy an aperitif. 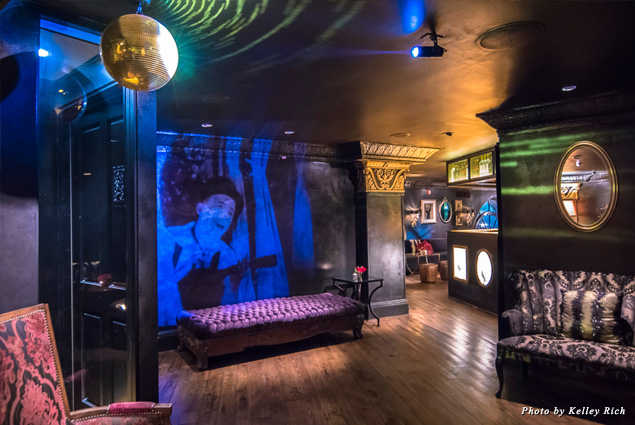 After a wonderful evening, I headed up to my room, and oh how lush it was! A stylish foyer greeted me as I entered the vintage-meets-modern suite. The master bedroom had a luxurious king-size bed, a flat-screen television, an antique oak armoire, and a large Victorian-inspired bathtub. It reeked of romance. A separate living area featured reclaimed wood floors, a queen sleeper sofa, a writing desk, a second flat-screen television, and a full bath with shower. For extra privacy, the two rooms could be closed off from each other with beautiful wooden double doors.

For those intrigued by art and gallery exhibitions, there are plenty of options to explore. There are the more established galleries, such as Blum & Poe, and the outsider-art champions, such as Billy Shire Fine Arts. Roam the area to find all sorts of newcomers.

There are a number of truly idiosyncratic venues calling Culver City home, including the SPF:a Gallery. Visit the Gregg Fleishman Studio to see how Fleishman uses equal parts mathematics and whimsicalness in his creative style. Stop by the Museum of Jurassic Technology, where founder David Wilson offers relics and hologram-enhanced exhibits about such unique topics as the history of the cat’s cradle string game.

If you are a fan of furniture, the 10,000-square-foot Jefferson West Inc. displays European antiques, American folk art, and 20th-century designs. Modernists may want to check out Denizen Design Gallery, which showcases colorful contemporary furniture made by local designers. If it’s refinished vintage furniture and retro stainless-steel pieces that interest you, pop into Empiric. 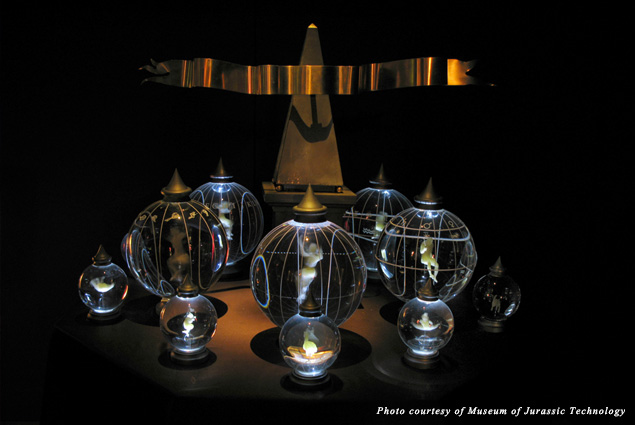 After a busy day walking from gallery to gallery, you most definitely should stop by Seventy7 for a cocktail. This small, candle-lit corner lounge is tucked away in an alley behind the Bank of America on Culver Boulevard. When you look through the peephole in the door, you will see gold crushed velvet wallpaper, brown leather banquettes, and amber chandelier lighting. It creates the perfect setting to transport you to the Belle Epoque Era in Paris! On Wednesdays, the lounge hosts a burlesque show, which has become a popular theme night. Between the fabulous uniqueness and taste of the handcrafted cocktails, general manager Matthew Goldberg has really created quite a special swanky scene. 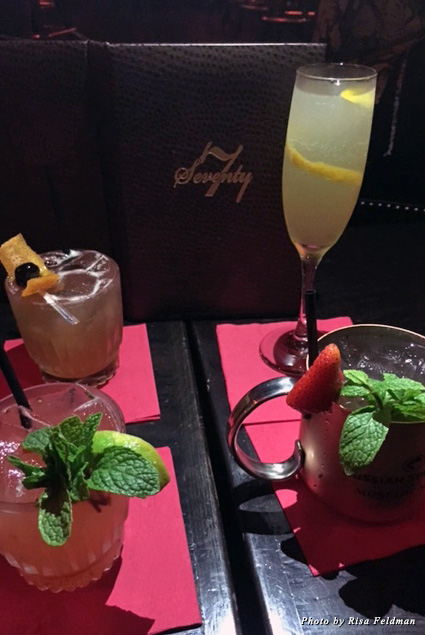 It’s ironic that what was formerly known as a culinary no man’s land now boasts a huge variety of restaurants. I had the opportunity to try two: East Borough and Wildcraft.

At East Borough, the menu starts with a base of Vietnamese street food using traditional ingredients. Then it incorporates additional ingredients and techniques to add a varied dinning experience. I was daring and tried the pork belly and egg over ginger jasmine rice and the wok-charred oxtail with rice noodles topped with a crispy poached egg. Both were delicious. The pho baguette, however, was my favorite. Beef brisket, basil, onions, and a hoisin sriracha sauce served with pho for dipping—yum! The traditional French dip now has fierce competition. On the lighter, healthier side I had the papaya salad, with green papaya, lemongrass grilled pork, cucumber, rau ram, thai basil, peanuts, and soy vinaigrette. Owner John Cao and co-owner and chef Cloe Trans shared their tagline with me: “By no means traditional, by all means authentic.” Kudos to you both; you achieved just that!

Wildcraft features chef Tin Vuong’s take on modern Italian cuisine, in particular la cucina Piemontese. The design is a traditional Italian tavern aesthetic and is intimate, sophisticated, and fun. You can dine in the main dining area to stay closely connected with the kitchen or out on the patio, where wooden tables and benches made of rope create an inviting ambiance. The menu ranges from wonderful salads (try the roasted pear, speck, watercress, frisee, pistachios, and pear dressing) to wood-fired pizza (such as the burrata, provolone, squash blossoms, fried rosemary, shaved pistachio, and orange oil). For those who love Brussels sprouts, Wildcraft’s are served with brown butter and almonds Parmigiano, and they were the best I have ever had. 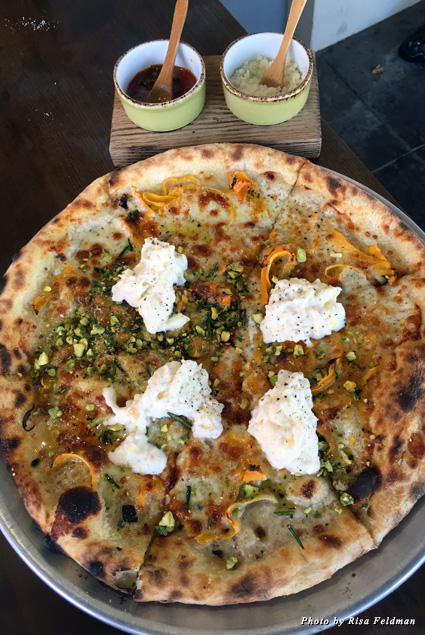 With so many varieties of restaurants to choose from in Culver City you are bound to find anything you may be craving.

Ten years ago, Culver City would not have come to mind when thinking of an area that blends art, culinary, and cultural scenes in Los Angeles, but the newly reinvented Culver City has sure proven itself to be such a place and continues to do so. Congratulations Culver City for putting yourself on the map as a “place to go” and “place to live” for both visitors and locals. Keep those restaurants, gastropubs, galleries, shopping, and cultural events coming—we love it!

Sail Away to Marina del Rey