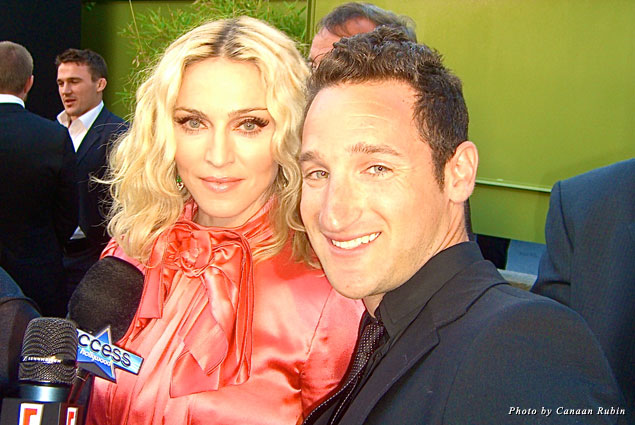 I’m not an airline critic. I don’t blog about the best seats, goodie bags, or mileage perks. I just fly. I fly a lot. I take off for both work and pleasure, and I still think the ability for humans to be airborne is pretty darn cool. As executive producer of “The Trend®” on Zappos Couture, I cross the globe covering exciting events where celebrities rock the latest from designers such as Vivienne Westwood, Marc Jacobs, and DSquared2.

What’s it going take for Dolce & Gabbana to design the interior of a 787? I’ve seen what Armani did with hotel rooms at the Burj Khalifa in Dubai. Designers and places where we spend a lot of time go together like Manolos on a red carpet. More of that please.

With a degree in film and television production from American University’s School of Communication in Washington, DC, I headed west to Hollywood. No, I didn’t fly. I rode Amtrak because flying was financially out of reach. That soon changed when executives at “Entertainment Tonight” discovered the perfect celebrity news producer was right under their noses at Paramount Studios. A guy who loved to fly as much as he loved sitting down to interview Johnny Depp at the Venice Film Festival in Italy. I was that guy. Before I knew it I was producing stories with Brad Pitt and Angelina Jolie in Namibia, Tom Cruise in Rome, Madonna in Cannes, and Alec Baldwin in Canada. My passport felt stamps from more than 60 countries, and proudly has only been confiscated once. 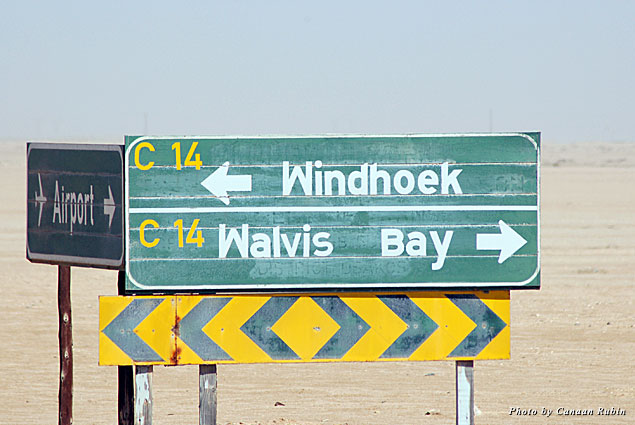 When I’m not on location for Zappos Couture at the Jamaica Jazz & Blues Festival, Sundance, SXSW, or New York Fashion Week, I hit the streets of Amsterdam, Stockholm, San Francisco, and Boston spotting new trends for “My Street Style,” another weekly series I executive produce for Zappos’ main site. I’ve always had an eye out for style, and now when I see someone who nails it I stop him or her and share it with the world.

Right now, the coast of Maine glimmers outside my window. All that’s left between the honking yellow cabs of New York City and me is 50 minutes of serenity at 30 thousand feet. My retinas focus back to the interior of this sexy new bird. I am stretched out on American Airline’s new flagship 777-300ER from Heathrow to JFK. I’m sampling the upgraded international business class, and I’m impressed. Walk-up bar, fully lie-flat seats, room for yoga. The only thing missing is a departure slot from Heathrow’s jaw-dropping Terminal 5. The VIP airline lounges in T5 put a little glory back into flying. 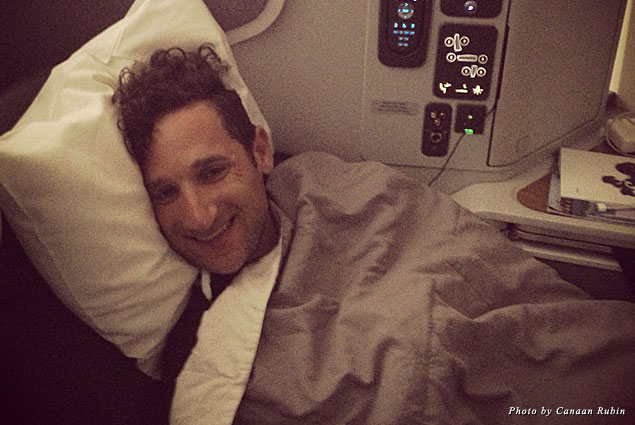 What first drew me to American Airlines were the shiny aluminum planes, although sadly those are phasing out (advances in aircraft skin, notably the use of carbon fiber, demands a coat of paint). American and I go back. Way back. They keep excellent track of their frequent fliers. I recently opened the mail to discover I had flown my three millionth mile. That’s about 115 trips around Earth, though it’s felt infinitely longer thanks to the TSA.

Though I often feel as though flying is a full-time job, my real job is creating content for clients including MTV, CBS, Ustream, and Zappos. Travel seems to go hand in hand with a job in Hollywood. When I created “Duets” for MTV, we held auditions across the country and filmed the first episode in Usher’s house in Atlanta. As executive producer I choose the locations where we discovered amazing new talent. 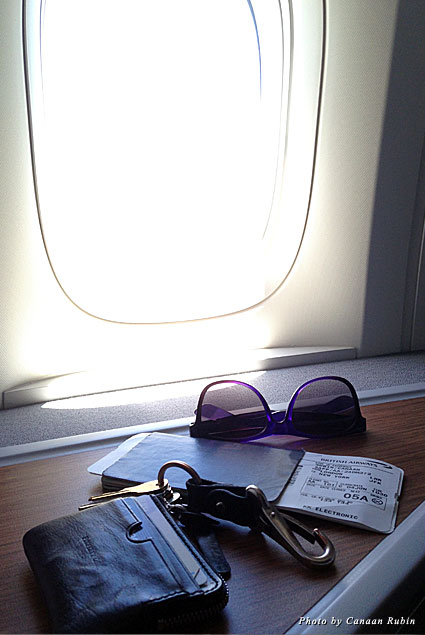 I am often put on a plane, however, without a game plan. I thrive on the hustle, finding the heart and soul of a story on a few hours of airplane sleep. There are some perks for being a member of the Directors Guild of America (DGA). Among them, first class travel. Along the way I’ve been able to sample British Airways’ first class 747 service from Johannesburg to London, Cathay Pacific’s upper-deck business class from Hong Kong to Los Angeles, and American’s first class from Chicago to Moscow, and even considered buying an apartment near Dallas-Fort Worth Airport since I was there so often.

You’d think someone who travels that much for work would want to stay grounded. Not me. In one week, just for kicks, I flew LAX to LHR to BOM to GOI to BOM to CCU to AGR to JAI to DEL to ORD to LAX. That’s around the world from Los Angeles to India via London, Delhi, and Chicago. The longest leg was the 16-and-a-half hour flight from Delhi to Chicago. More time than I spent actually in Agra—but how long do you need to ponder the beauty of the Taj Mahal, anyway? 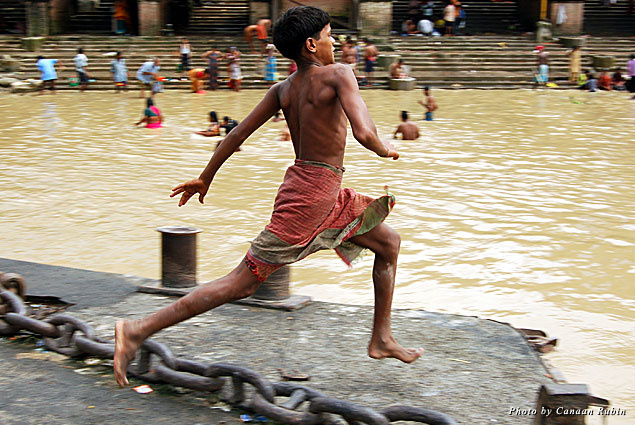 Keep up with my latest travels and see my work on Zappos and Zappos Couture.