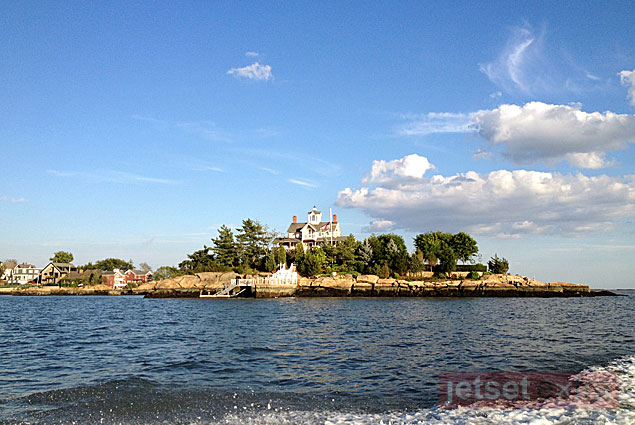 I am a total sucker for family tradition, history, and tales of hidden treasure. The three combined on a recent trip to Connecticut with my boyfriend to attend his cousin’s wedding. Mike grew up in New Haven County and spent many a summer with his extended family in Branford, especially out on their sailboat in the Thimble Islands. 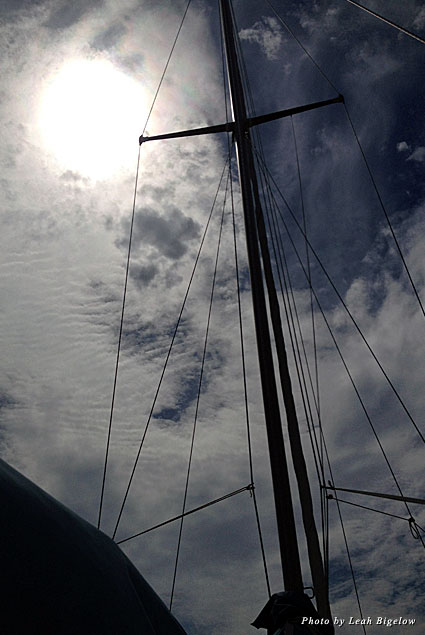 This year, I had the pleasure of joining them, spending a lazy, perfect Saturday in Long Island Sound. Located in and around the harbor of Stony Creek, in the southeast corner of Branford, the Thimble Islands is an archipelago of islands made up of Stony Creek pink granite bedrock. Once the tops of hills, these islands are more stable than most of the others in Long Island Sound and make up the largest group of islands in Connecticut.

Originally used as a summer camping ground for the Mattabesec Native Americans, the Thimble Islands became a source for seaweed for the farmer colonists that settled in the area. The last of the islands were handed over to individual owners by 1773. In the 1840s, as the United States was industrialized, the Thimble Islands became a destination for those with money and time available. Steamboat excursions from New Haven to the Thimbles became more frequent, and stories grew of possible buried treasure on Pot Island, left by the famous pirate Captain Kidd. By the 1870s, people began building vacation homes on the islands and along the shore. 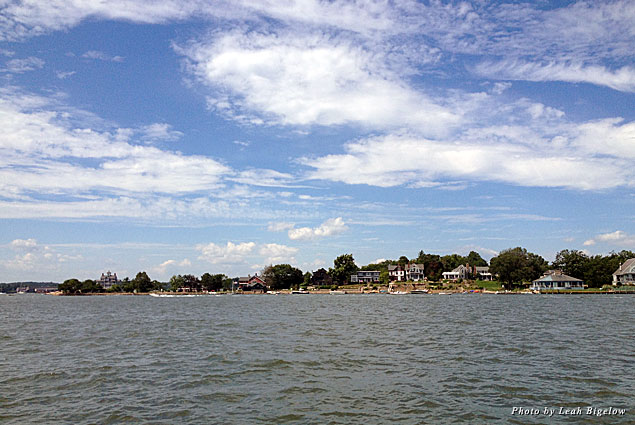 I was given a tour of the islands aboard a small motorboat, and soaked up stories about the history of the Thimbles from Mike and his cousins. They pointed out the islands as we rode by: Mike’s grandparents often spent summers on that island, his cousins stayed on this one, his grandmother’s best friend hosted the family on many a Fourth of July on another. Story after story, generation after generation … I’ll admit I was envious of what they had and was so happy Mike and his family wanted to share it with me.

Of the 23 inhabited islands in the Thimbles, fourteen are small, topped with one gorgeous, Tudor-style home or a quaint summer cottage. Governor Island has 14 houses, Money Island has 32 and a library, and the rest have between two and six homes. Rogers Island is one of many owned by the widow of party goods magnate John Svenningsen of Amscan Inc. Following Svenningsen’s death, his wife Christine began collecting islands in the Thimbles like baseball cards, purchasing Wheeler, Rogers, Jepsen, Cut in Two East and West, Reel, Beldens, and East Crib between 1998 and 2007. Yale University owns Horse Island, the largest in the Thimbles, and uses it as an ecological laboratory maintained by the university’s Peabody Museum of Natural History. Davis Island was known as the “Summer White House” during William Howard Taft’s presidency. 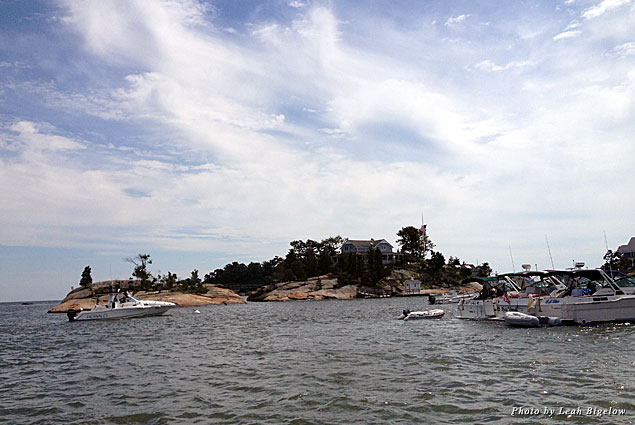 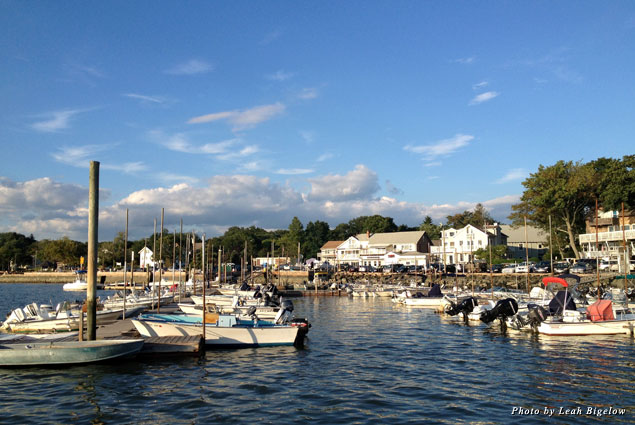 The next time you’re looking for a family getaway, why not head to Branford, Connecticut, for a relaxing day out on Long Island Sound among the Thimbles. Who knows, you might even start your own tradition, one that will be passed down for generations to come.