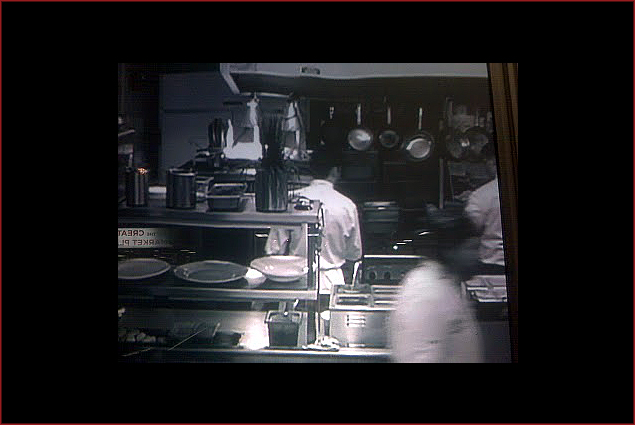 A couple of weeks ago, I met a friend in the cheese section at Pete’s. We spent a while chatting and checking out the fare: a delightful cheese with Mexican spices and another with a hint of beer! When I mentioned that we should meet up for dinner soon, she provided me the ultimate answer: “Let’s do dinner now!” It’s sometimes frustrating that I plan to make plans with people, but often get sidetracked. This was the perfect opportunity to prevent such an occurrence, so I said “YES!”

As we mulled over spots to eat, my friend mentioned her desire to go to Chives. Chives had always been a spot that I wanted to save for a special occasion. Then I realized that an impromptu dinner with a friend is a special occasion. So we trotted down the hill through the crisp night to settle into Chive’s warm, comforting ambiance.

Chives’ super-cool camera outside of the resto that shows the kitchen within. Not gonna lie, sometimes when I walk down Barrington Street, I cross to the other side just to see what’s going on in there! 🙂

Instead of the usual bread basket, Chives sets a precedent for the coming meal with a brown paper bag filled with warm, buttery biscuits. Served with dark, rich molasses and a lightly whipped butter, these biscuits are the perfect start for the gourmet comfort food for which Chives is famous. 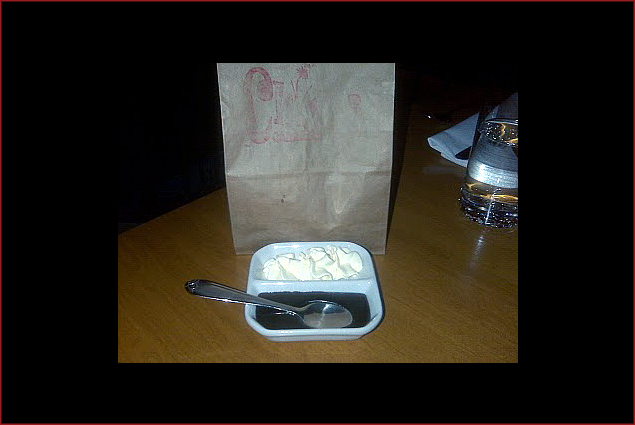 My friend and I both ordered the nightly special: Prosciutto-wrapped cod. Though normally, I’d never order the same dish as my company, neither of us could be swayed- we wanted that cod! And so, to avoid food envy, we submitted our orders for two nightly specials– much to our server’s amusement. As I prepared to choose the wine, I was also thrilled to see that Chives’ wine cellar still holds some of Grand Pre’s Ortega—a special treat as it’s now sold out at the winery.

Cod holds a certain sentimental value for me. Growing up in Newfoundland, I used to make fun of my father who always, to no end, ordered pan-fried cod in restaurants. It wasn’t until I reached my late teens and actually started liking fish that I realized what a wise man my poppa is- cod is delicious! It’s also a great vehicle upon which to impart other flavours.

The fish itself was meaty and tender. Enveloped by the cured pork, the fish took on extra flavouring from the pork fat which melted right into the fillet. This star player sat atop an equally brilliant supporting cast: a risotto of chewy sun dried tomato, tender spinach, and gooey chunks of fresh Mozzarella. A handful of fresh, spicy arugula rounded out the rich flavours and textures of the dish. 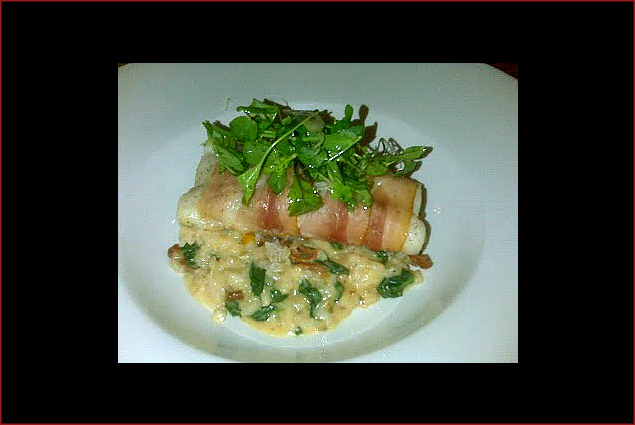 And…even though I was pleasantly stuffed after my entree, my friend managed to twist my rubber arm into splitting a dessert. Chives actually has a lengthy dessert menu, as well as a lovely selection of after dinner libations. We decided on the chocolate mousse cake. A rich dessert, though not too heavy, the creamy filling was contrasted by the crunchy cookie crust and crisp praline nuts. 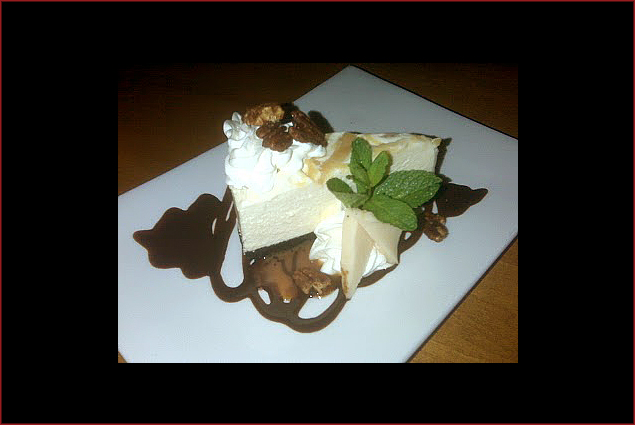