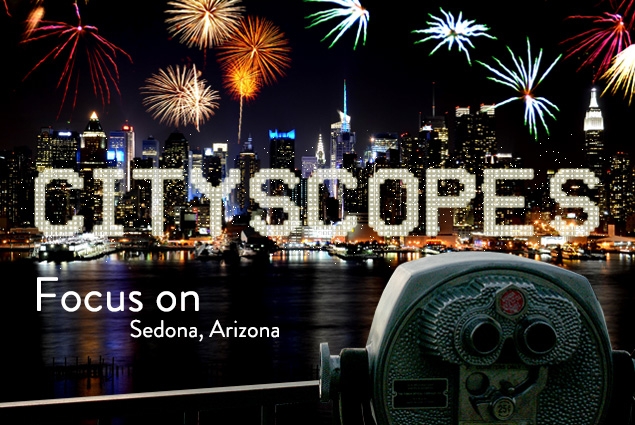 Human presence in Sedona, Arizona, has been documented as far back as 11,500 BCE. Originally inhabited by the Paleo-Indian people, who were big-game hunters, the ecologically diverse landscape and large amount of resources then attracted the pre-Archaic people to the area at around 9000 BCE. These hunter-gatherers left traces of their rock art at heritage sites including Palatki and Honanki in the Coconino National Forest, just outside of Sedona.

At around 650 CE, the Sinagua people entered the region; visitors can find their rock art and cliff dwellings at Palatki and Honanki as well as at Montezuma’s Castle, a 20-room, high-rise apartment and one of North America’s best-preserved cliff dwellings. Next came the Yavapai (1300 CE) and Apache (1450 CE) tribes, who were forced from the Verde Valley in 1875. Approximately 200 members returned in the early 1900s and eventually formed the Yavapai-Apache Nation, which today has 2,440 enrolled members and consists of five tribal communities: Tunlii, Middle Verde, Rimrock, Camp Verde, and Clarkdale. 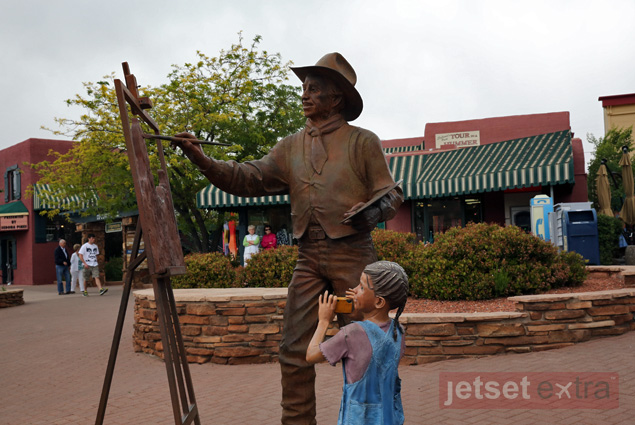 It may come as no surprise that the removal of the Yavapai and Apache tribes from Sedona and the larger Verde Valley region coincides with the arrival of the first Anglo settlers in 1976. The first post office was established in 1902 and with it came the city’s modern-day name—after the postmaster’s much-adored wife, Sedona Arabella Miller Schnebly. The town grew from just 55 residents to 155 in the mid-1950s, when Sedona really began to develop as a place for vacationers and retirees. Much of the area’s development came about in the 1980s and ’90s to become the beautiful Sedona we know and love today.

Speaking of development, the City of Sedona has a very detailed Land Development Code designed to create harmony between manmade structures and the natural environment. According to the code, “Sedona’s natural environment helps to define the quality of life for its citizens; maintenance of the natural environment is critical to the continuing economic well-being of Sedona.” The city knows how special its land is and makes a concerted effort to preserve it, taking steps that include encouraging structures to be built in clusters, promoting conscientious design, and retaining natural topographic features. The city also took strides to reduce congestion in the streets through the use of roundabouts (you’ll see few traffic lights and stop signs here). 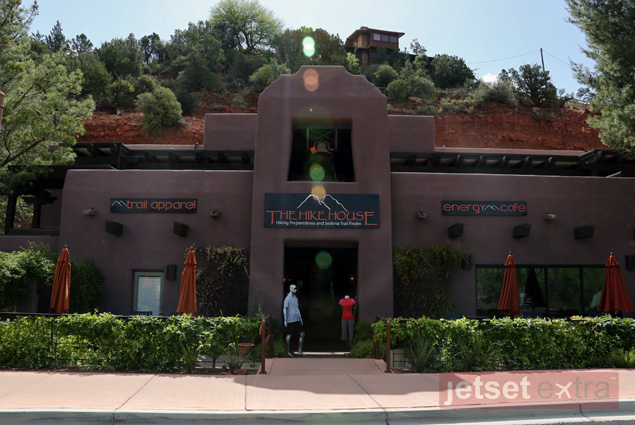 One of the things that stood out most to me during my Sedona visit was how well the buildings that line the city’s streets blended in with their surroundings. It turns out this was intentional; the development code has very specific requirements for a building’s exterior so as not to call “undue attention” to the structures. Everywhere you look you’ll see blue-green, purple-blue, purple, and red-purple hues as indicated by the Munsell Color Company book, which Sedona’s Community Development Department has on file. It seems no one is exempt from these specifications: In 1992, community development director John O’Brien and former director Tom Schafer began negotiations with McDonald’s, which agreed to forgo its traditional golden “M” for a teal green version.

As you can see, maintaining the landscape is very important to Sedona, especially since its stunning red rocks are the city’s main attractions. The sandstone formations are impossible to miss and breathtaking at all times of day as they change from red to orange and back again with the movement of the sun. 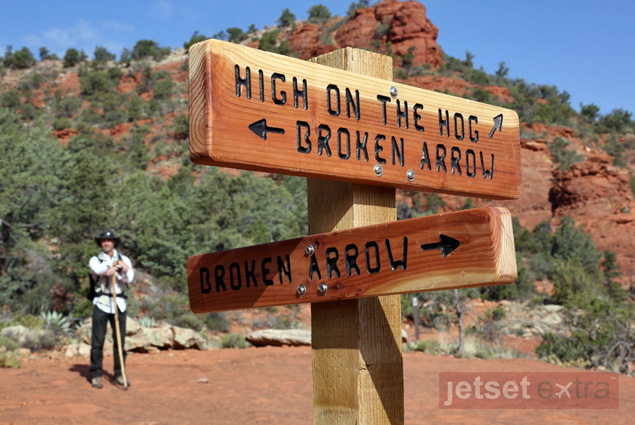 No trip to Sedona would be complete without at least one red rock hike, and The Hike House is an excellent place to start. Owner Greg Stevenson sells everything one might need, including apparel, snacks, and guidebooks, and also offers use of the Hike House’s Sedona Trail Finder, which helps hikers determine the best trail—out of more then 100—based on their experience and fitness levels.

Greg and guide Jason Danoff led us on a three-mile loop, stopping occasionally to point out notable mountain ranges in the distance or provide information about plants we passed along the way. It was an amazing way to start the day, and I wouldn’t have minded to spend even more time wandering the various trails and taking in the gorgeous surroudnings.

With such vibrant natural inspiration, it’s no wonder Sedona also boasts a thriving arts scene. The Sedona Arts Center was founded in 1958 and is the oldest arts center in Northern Arizona. The nonprofit educational institution includes the Fine Art Gallery, showcasing Sedona’s largest selection of work by local artists, and the School of the Arts, offering classes in mediums including painting, drawing, sculpture, ceramics, jewelry, and photography. The center hosts several events throughout the year, including the Sedona Plein Air Festival in October. 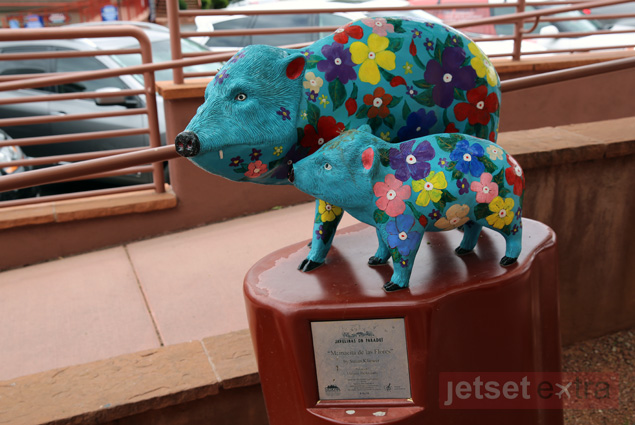 The city also has strong ties to the movie industry; it played host to more than 60 Hollywood productions from the 1920s to the 1970s. Sedona’s diverse and unspoiled landscape made it ideal for the shooting of outdoor scenes, and in total 44 features, including “Stagecoach,” “3:10 to Yuma,” and “Desert Fury,” were shot here over 50 years. In fact, the city once promoted itself as “Arizona’s Little Hollywood.”

The Sedona International Film Festival, now in its 21st year, lasts eight days in late February and early March and includes the screening of feature films, documentaries, shorts, and animation. Festival workshops organized by Academy Award-winner Frank Warner provide professional instruction to aspiring filmmakers. The Illuminate Film Festival, which debuted in 2014, is dedicated to conscious cinema with media to “uplift, inspire, and transform.” 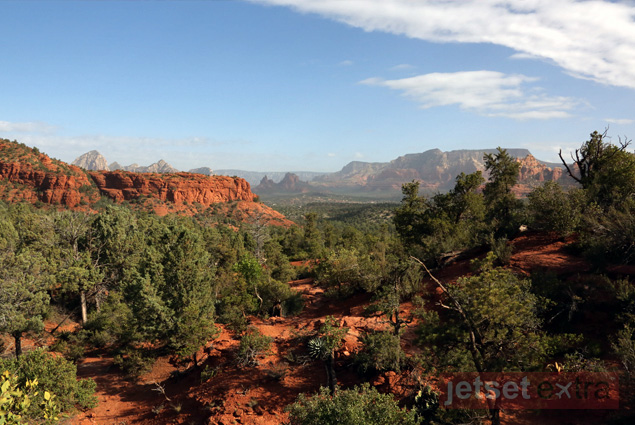 Music is another big part of the Sedona festival scene. Chamber Music Sedona hosts concerts, operas, and festivals throughout the year, while GumptionFest (http://gumptionfestsedona.com/) is considered to be one of Northern Arizona’s largest music and arts festivals.

The Sedona Yoga Festival embraces the city’s spiritual side. Sedona is considered a center of the New Age movement, and many believe it is home to several powerful otherworldly vortexes at sites including Cathedral Rock, Bell Rock, Airport Mesa, and Boynton Canyon. These vortexes attract people from all over the world seeking meditation and self-exploration, and the healing practitioner industry—which includes massage therapists, spiritual counselors, and reiki masters—thrives. The Sedona Metaphysical Spiritual Association, a Chamber of Commerce Affinity Group, helps raise awareness about the metaphysical and spiritual businesses available to visitors and locals in Sedona through classes, counseling, events, and retreats.

The stunning red rock scenery might be the first thing that catches a person’s eye when entering Sedona, but the city’s beauty goes so much deeper than what can be seen at face value. Its history, art, music, spirituality, and harmony with nature combine to provide a peaceful place that promotes wellbeing of body and mind.