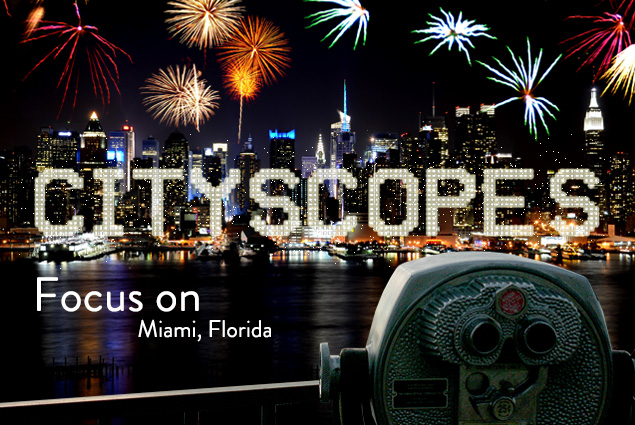 Set on the Atlantic coast in southeastern Florida, Miami is named for the river running through it, which came from the nearby Lake Mayaimi (now known as Lake Okeechobee). Indigenous cultures inhabited the area for thousands of years before explorer Pedro Menéndez de Avilés claimed it for Spain in 1566. Spain ceded Florida to the United States in 1821, and in its early years of growth the Miami area was better known as “Biscayne Bay Country.”

Julia Tuttle, a wealthy local citrus grower who originally hailed from Cleveland, changed all that. During the Great Freeze of 1894-95, the crops in Biscayne Bay Country were the only ones that survived. Because of this, Tuttle convinced railroad magnate Henry Flagler to expand his Florida East Coast Railway to the region. Miami was officially incorporated as a city in 1896, with a little more than 300 residents. 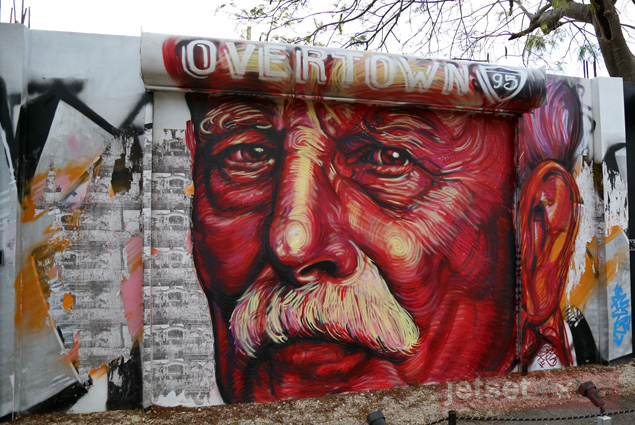 From here, Miami was on the path to become a leader in the arts, entertainment, media, culture, commerce, finance, and international trade. In 2012, the World Cities Study Group’s inventory classified Miami as a global city—an important point in the world’s economic system. Port Miami has been the world’s No. 1 cruise passenger port for more than two decades—it currently hosts 15 cruise brands mooring 34 ships—earning it the nickname “Cruise Capital of the World.” 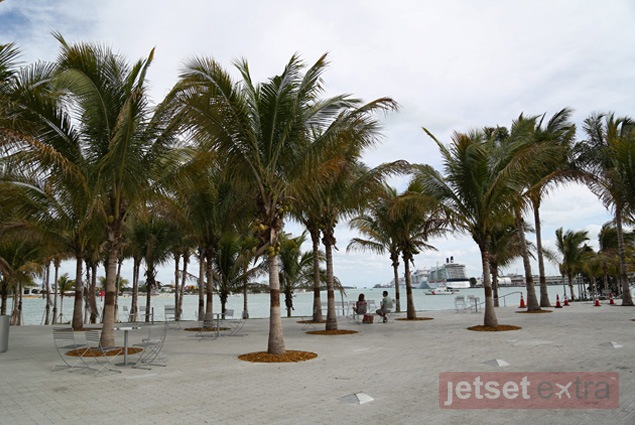 Miami is the country’s largest city with a Cuban-American plurality and the country’s second largest with a Spanish-speaking majority. It’s often called the “Capital of Latin America”—and for good reason. According to the 2010 US Census, 70 percent of the population was of Cuban, Nicaraguan, Honduran, Colombian, Venezuelan, Puerto Rican, Dominican, Mexican, or other Hispanic or Latino descent. Miami is rife with Latin influences, and no visit would be complete without some immersion in the city’s vibrant culture.

In the Little Havana neighborhood, a center of social, cultural, and political activity named for Cuba’s capital city, Carnaval Miami is held yearly in March and April and features events including a Latin jazz festival, a cooking contest, and a domino tournament. 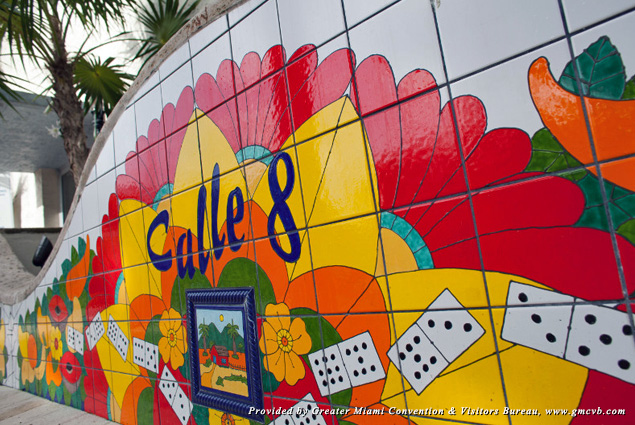 Carnaval’s most popular event, Calle Ocho, began in the late 1970s, when racial tension between Miami’s different communities was running high. The solution was a block party held on SW Eighth Street (Calle Ocho), where participants could wear colors or flags to represent and celebrate their ethnicity. Hundreds of street vendors now participate in Calle Ocho selling food from different countries, and more than 30 stages are set up to blast the tunes of salsa, reggaeton, and merengue. In 1988, Calle Ocho entered the Guinness Book of World Records when 119,986 people formed the world’s longest conga line.

As you can see, there’s quite a bit of history and diversity in Miami, and the city’s neighborhoods reflect that. In addition to Little Havana, there is Little Haiti, the heart of Haitian immigration, as well as Liberty City and Overtown, which are centers of the city’s black community.

Bohemian Coconut Grove was settled in the 1800s and holds the title as the oldest continuously inhabited neighborhood in Miami. Just south of the Grove is Coral Gables, nicknamed “The City Beautiful” for its tree-lined streets and old-fashioned feel. Planned by George Edgar Merrick in the 1920s, the city is preserved in his architectural vision. 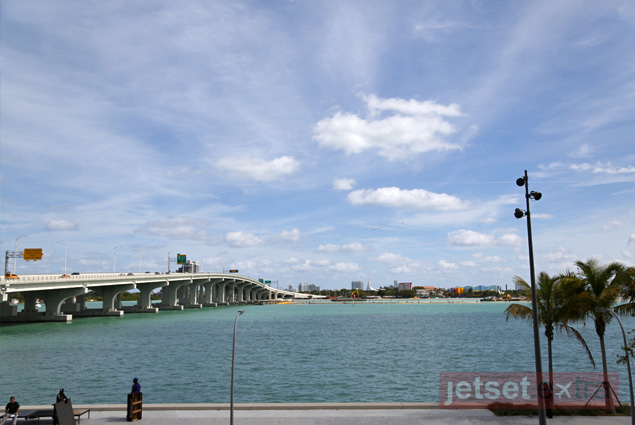 Possibly the most recognized images of Miami are of South Beach, located on the southernmost part of Miami Beach, a series of natural and man-made barrier islands across Biscayne Bay from the city proper. This party town has been called the American Riviera, with its white-sand beaches and world-class nightlife. Not to be outdone is South Beach’s stunning Art Deco architecture. An Art Deco Weekend, which began in 1976 to raise awareness of and appreciation for the Art Deco era, is held annually on South Beach’s Ocean Drive.

Back across the bay and just north of Midtown is the Design District, home to more than 130 art galleries, antique dealers, showrooms, and stores. The pedestrian-friendly area is a mix of new buildings and historic structures as well as public art installations. The Design District continues to grow while maintaining a commitment to energy conservation and the environment; the neighborhood recently became the first LEED ND Gold Certified project in Miami Dade County (only the 33rd one in the US).

Adjacent to the Design District is Wynwood, a once-quiet warehouse district where businesses made shoes, textiles, handbags, and clothing. In 2009, community revitalizer Tony Goldman realized the windowless warehouse walls provided the perfect canvases for street artists, and the area blossomed into a world of expression and color. 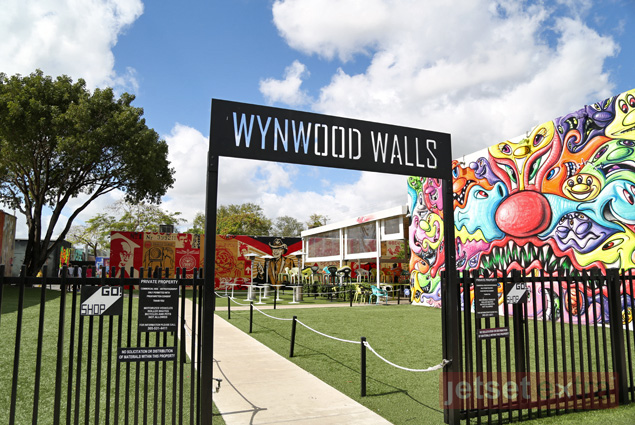 It began with the Wynwood Walls, one of the world’s largest open-air street-art installations, located in the 25th-26th Street complex of six separate buildings. The Wynwood Doors came next, and the program continued to expand throughout the surrounding streets. The unused warehouses themselves became the sites of galleries, art complexes, and performing arts spaces. Since it began, more than 50 artists from 16 countries have left their mark on more than 80,000 square feet of walls. Pay a visit to the Walls, then sit down for salads, pasta, and pizza on the charming patio at Joey’s, the first restaurant to open in the arts district and another product of Goldman’s development.

Adding to Miami’s influence in the art community is the annual Art Basel Miami Beach, held at the Miami Beach Convention Center every December and attracting art enthusiasts from around the world. The event launched in Basel, Switzerland, in 1970 as a summer reunion of the international art world; Art Basel Miami Beach, which began in 2002, serves as the winter reunion. In 2013, the show featured 258 galleries from 31 countries, showcasing modern and contemporary works of art.

And of course, there are a few art museums in Miami, including the Frost Art Museum, which is noted for its collection of Latin American and 20th century American art, and the Pérez Art Museum Miami, the city’s newest contemporary art museum. For more museum culture, check out the Miami Children’s Museum, the Museum of Science, Vizcaya Museum and Gardens, and HistoryMiami, which specializes in the history of southeastern Florida. 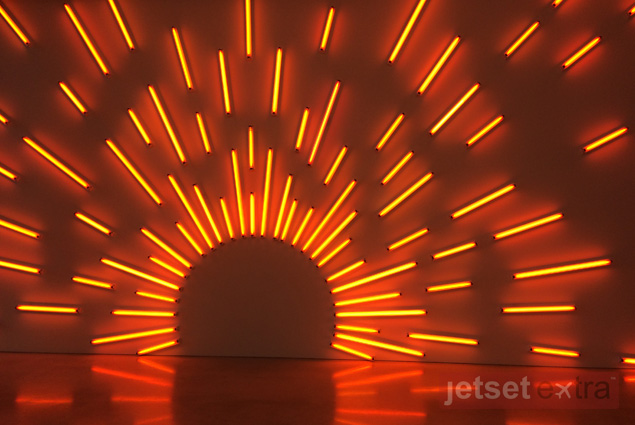 Art of Miami has compiled a list of monthly Art Walks throughout the city, including in the Design District and Wynwood.

With all the creative souls who reside in Miami, it is no wonder the city has also become a shopping mecca. There’s designer shopping at the Bal Harbour Shops and more than 280 shops and six department stores at the Aventura Mall, the largest mall in the area. In addition to its art galleries and showrooms, the Design District is also notable for its high-end shopping. Louis Vuitton, Prada, and Christian Louboutin all have storefronts here, alongside boutiques and home décor stores.

Residents also take great care with their cuisine, combining Caribbean and Latin American influences with American cooking to create a unique South Florida style known as “Floribbean” cuisine. Seafood is quite popular as well, due to Miami’s proximity to the Atlantic Ocean and history as a seaport.

In the 1960s, Cuban immigrants brought croquetas, small bread-crumbed fried food rolls, as well as Cuban coffee, the Cuban sandwich, and the medianoche, a sandwich similar to the Cuban made with soft, sweet egg dough bread. Little Havana’s Versailles Restaurant is renown for its Cuban cuisine. 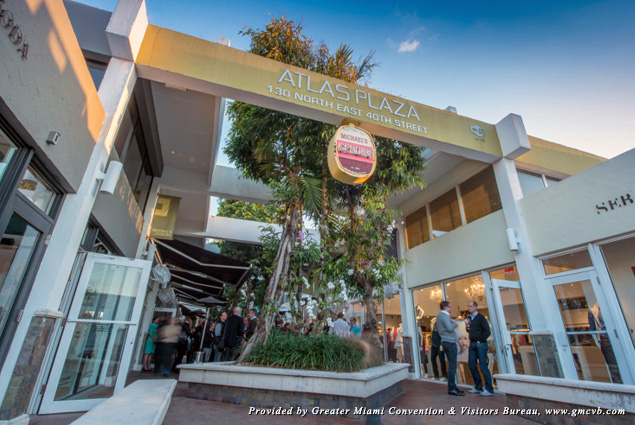 Though there are many restaurants to choose from in Miami Beach, I had the chance to savor the steak and seafood at The Forge, Miami’s second-oldest restaurant that not only consists of five dining rooms but also an eight-room wine cellar filled with 25,000 bottles at any time. Established as its current incarnation in 1968, the building first served as an iron forge before transitioning to a restaurant and casino in the 1930s. The Forge has served many famous faces throughout the years, including Frank Sinatra and Judy Garland, along with other wealthy patrons from the US and abroad.

When it comes to South Beach nightlife, the options are endless as well. I spent a fun night at out at Bodega Taqueria y Tequila, a recent addition to South Beach and a new hot spot. What looks like just a small, colorful taco shop is really just the front of a hidden cocktail bar. My advice: Get there early to beat the line to the secret entrance, enjoy a few craft drinks as the DJ spins the hits, then grab some tacos on your way home.

There seems to be a flood of culture, creativity, and cuisine everywhere you turn. It might be impossible to experience everything that makes Miami so unique in just one visit, but it is absolutely worth a try. And with the numerous events and experiences happening throughout the year, Miami is a city you’ll want to return to again and again.

Have the ultimate Miami visit! Here’s your mini guide to its…