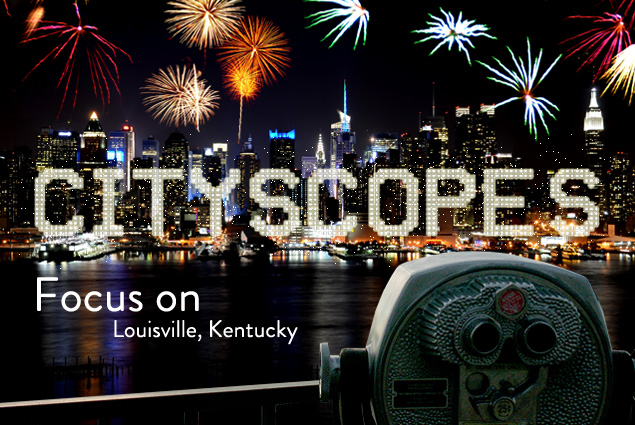 Where in the United States can you find a city with more than 120 parks and the nation’s largest urban forest? How about a place where spectators gather for the “most exciting two minutes in sports”? Or a city that produces more than one-third of the world’s bourbon? The answer to all those questions is Louisville, the largest city in Kentucky and the 28th most populous city in the United States.

Founded in 1778 by George Rogers Clark and named after King Louis XVI of France, Louisville sits beside the Falls of the Ohio and grew as a portage site, in addition to becoming the founding city of the Louisville and Nashville Railroad. The Ohio River spurred the creation of downtown Louisville, the oldest part of the city, and the earliest streets—Main, Market, and Jefferson—retain their names from an an original plan of the city dating back to 1783. 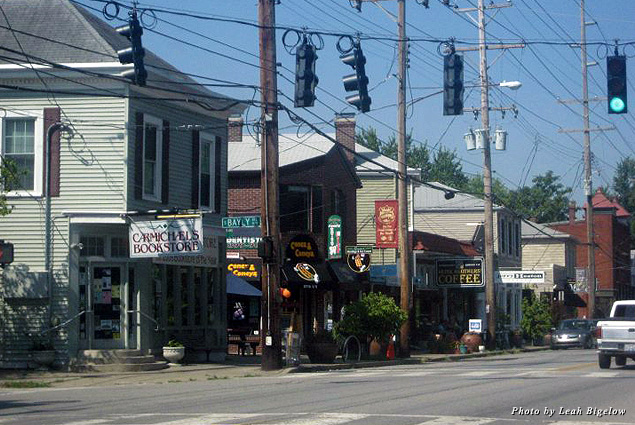 Horseracing has long been a part of Kentucky’s history, going all the way back to 1789 when the state’s first racecourse was built in Lexington. Though there are records of horseracing on Market Street in downtown Louisville dating back to 1783 and a course was laid out at Shippingport Island in 1805, it wasn’t until the construction of Churchill Downs later in the 19th century that Louisville began to develop its horseracing reputation.

A man by the name of Col. M. Lewis Clark began development of the racetrack that came to be known as Churchill Downs upon his return from a trip to England and France in 1874. Clark had the idea to create a Louisville Jockey Club during his travels and met with prominent racing leaders, including French Jockey Club vice president Vicompte Darn and England’s Admiral Rous. He raised $32,000 by selling $100 membership subscriptions to the track and leased 80 acres of land from his uncles, John and Henry Churchill. 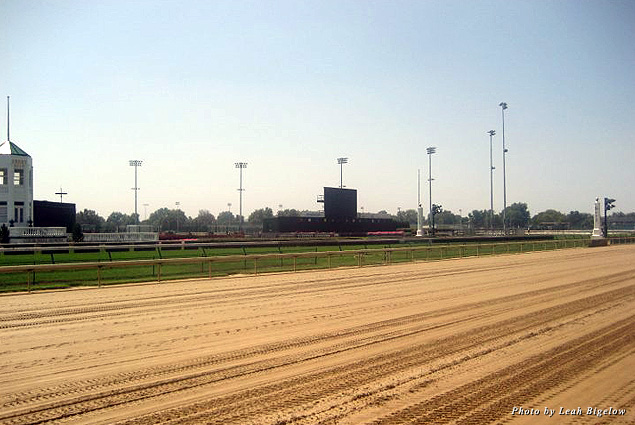 The three major stakes races Clark designed for his first race meet—Clark Handicap, Kentucky Oaks, and the Kentucky Derby—were named after England’s St. Leger Stakes, Epsom Oaks, and Epsom Derby, respectively. The track held four races on its opening day, May 17, 1875, and the first Kentucky Derby was met with success—though financial problems plagued the track until 1903. After the turn of the century, both the Derby and Churchill Downs began to grow in popularity, especially between 1919 and 1929 after the formation of the Kentucky Jockey Club.

Visitors can enter Churchill Downs with a general admission ticket, and multiple tours are available throughout the year. I took the Historic Walking Tour, a 30-minute, guided walking tour of the venue, and enjoyed learning about past winners and exploring the picturesque property. The adjacent Kentucky Derby Museum offered an interesting look at thoroughbred racing and the famous horserace.

In the late 1800s, as Churchill Downs began its journey to put Louisville on the map for horseracing, production began on an item that would make the city well known in yet another sport: baseball. J. Frederick Hillerich came to the US from Germany with his family in 1842 and opened a woodworking shop in 1856. His son, Bud, an amateur baseball player, became an apprentice in the shop in 1880 and began to make bats for himself and a few teammates.

According to legend, Pete Browning—a star on the Eclipse, Louisville’s American Association team—was the first professional baseball player to use a Bud Hillerich-made bat. Browning got three hits in his first game with the new bat and went on to earn the nickname “The Louisville Slugger”—even before the Hillerich’s trademarked the name for their popular product. In 1905, Pittsburgh Pirates shortstop Honus “The Flying Dutchman” Wagner endorsed the bat, the first player ever to do so, and signed it, another first in the athletic world.

The Louisville Slugger bat continued to see success with the creation of a youth-sized model in 1915 and a national advertising campaign in 1919. In 1970, the company began producing aluminum bats, and a line of Louisville Slugger baseball and softball gloves was launched in 1975. Today, the Louisville Slugger Museum & Factory stands tall on Main Street, well marked by the “World’s Biggest Baseball Bat” that leans against the building’s side. Tours are available daily throughout the year, giving visitors a behind-the-scenes look at the creation of the Official Bat of Major League Baseball and the company currently run by the great-grandson of Bud Hillerich, the man who started it all. 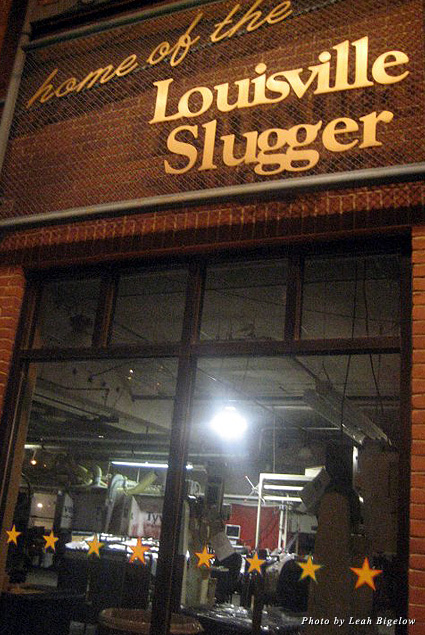 Despite its involvement in the professional sports world, college sports reign supreme in this city. The University of Louisville has seen success with and support for its Louisville Cardinals men’s basketball team, winners of the 2013 NCAA Championship. Led by coach Rick Pitino, the team has reached the NCAA Tournament in 11 of its last 13 seasons, making it to the Elite Eight five times with three appearances in the Final Four. Since 2010, both the University of Louisville’s men’s and women’s basketball teams have played at the KFC Yum! Center in downtown Louisville; the school’s volleyball team made the arena its main home in 2012, and it also hosts concerts and other entertainment events throughout the year.

The arena’s namesake, Yum! Brands, is a Louisville-based fast food giant that sells products from three of its chains—KFC, Pizza Hut, and Taco Bell—in concession stands throughout the center. KFC (formerly known as Kentucky Fried Chicken) got its start when Harland Sanders began selling fried chicken from his roadside service station in 1930. Sanders sold hungry travelers what he called a “home meal replacement”—complete meals ideal for busy families. The fast food restaurant is now the world’s second-largest restaurant chain (in sales) after McDonald’s.

Louisville has its share of fine-dining restaurants, too, and I immensely enjoyed my meal at Proof on Main, which is located just down the street from the Louisville Slugger Museum. The local hot spot works closely with area farmers and artisanal producers as well as uses herbs grown in planters along its sidewalk patio to garnish cocktails (Proof serves more than 75 Kentucky bourbons) and kick its cuisine up a notch.

Adjacent to Proof is 21C Museum Hotel, which was founded by art patrons Laura Lee Brown and Steve Wilson. Be sure to make time before or after your meal to wander the property’s rotating contemporary and site-specific art exhibitions. 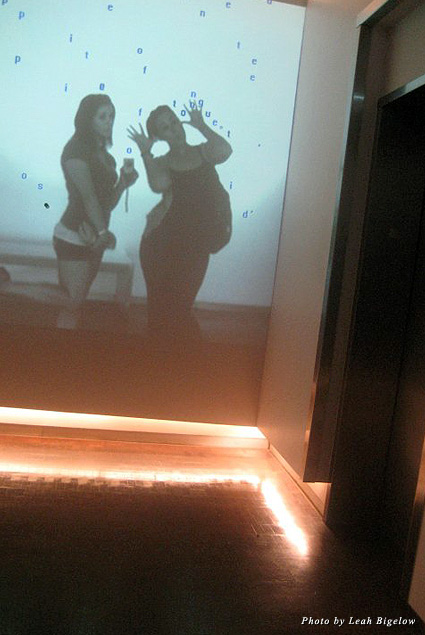 It’s with good reason Proof has so many bourbon options to choose from; Louisville is located in Kentucky’s Bourbon Country and is home to the Urban Bourbon Trail.

Though the history of bourbon (a type of American whiskey) is not well documented, we do know the name was given in honor King Louis XVI, of the French House of Bourbon, as a gesture of gratitude for his help during the Revolutionary War. The liquor has been distilled since the 1700s, although the name “bourbon” was not given until the 1820s. Most brands of bourbon are produced in Kentucky, which has a strong historical tie to the liquor; it’s said the area’s iron-free water, which has filtered through high concentrations of limestone, is key to the bourbon-making process.

In 1999, in order to promote the state’s bourbon industry, the Kentucky Distillers’ Association (KDA) launched the Kentucky Bourbon Trail. There are currently eight primary trail destinations, with one in Louisvile: Heaven Hill’s Evan Williams Bourbon Experience, located on the city’s historic Whiskey Row.

I made the drive out to neighboring towns on the outskirts of the city to check out a few other distilleries on the Bourbon Trail. Both Kirin Brewing Company’s Four Roses Distillery and Beam Inc.’s Maker’s Mark Distillery offered interesting tours behind the scenes and gave us a taste of bourbon whiskey made right on site. Although I’m not a huge bourbon fan, I still enjoyed the opportunity to take in this prime Kentucky experience. 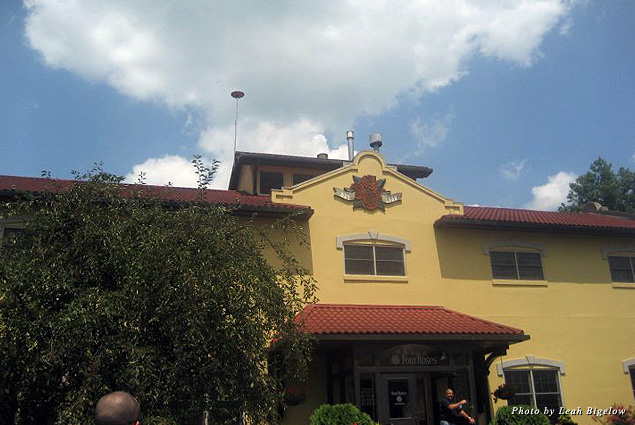 From the Bourbon Trail and Churchill Downs to the shops, restaurants, and museums on Main Street, Louisville is chock full of history and charm. It’s a city I greatly enjoyed discovering, as it’s one that cherishes and embraces its past while moving steadily into the future.