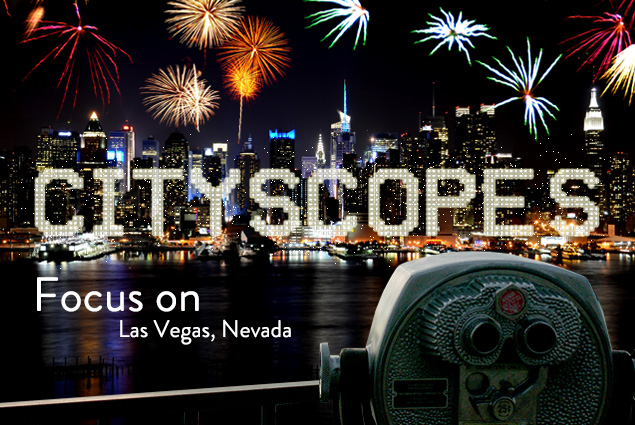 Las Vegas. The city’s name immediately conjures visions of bright lights, showgirls, blackjack tables, and all-you-can-eat buffets. People from all over the world flock to Las Vegas looking for gambling, shopping, dining, and entertainment—and often make decisions meant to stay within the confines of county limits.

The most famous street in Vegas, of course, is the Las Vegas Strip, home to Cirque du Soleil performances, luxury retailers, and 15 of the world’s 25 largest hotels (by room count). From celebrities to newlyweds-to-be, the Strip seems to have a monopoly on Vegas visitors and continues to build on its success.

The real birthplace of Las Vegas’ glitz and gambling history, however, lies nearly six miles north of the Strip on Fremont Street. Here, Vegas experienced quite a few firsts, including the city’s first paved street in 1925 and the first high-rise in 1956. When gaming was legalized in 1931, the Northern Club on Fremont Street nabbed the first Nevada gaming license. The Golden Nugget is not only one of the oldest casinos in the city but is also the first designed to be a casino from the ground up. 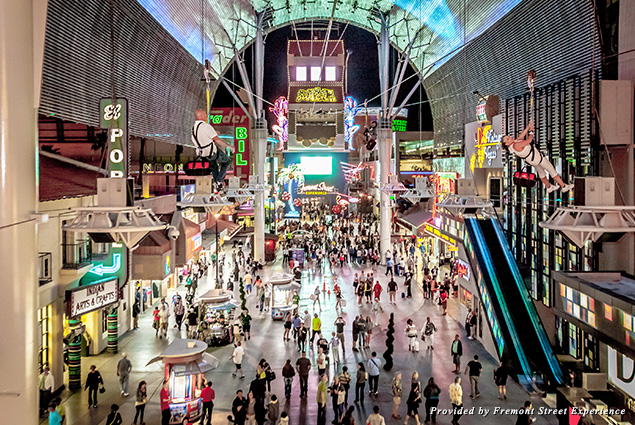 Fremont Street takes its name from John C. Fremont, who arrived in the area in 1844 and drew pioneers to the area with his writings. Las Vegas—Spanish for “the meadows,” after the plentiful wild grasses and desert spring waters found here—was established in 1905 and incorporated as a city in 1911. It has since grown into Nevada’s most populous city and is so internationally known as a major resort city that it bills itself as the “Entertainment Capital of the World.”

And as long as Las Vegas has been around, so has Fremont Street. Famous casinos, including Binion’s Horseshoe, Eldorado Club, Golden Gate Hotel and Casino, and Pioneer Club, call (or called) Fremont Street home. The appearance of the original western end of the street in television and movies established an iconic Las Vegas visual, as did neon signs such as the cowboy called “Vegas Vic.”

These days, travelers can visit the Fremont Street Experience, a $70 million, five-block pedestrian mall built in 1995 that is flanked by shops and decorated with more than 12 million lights in an overhead canopy. Topping it all off is Viva Vision, the world’s largest big screen, which plays free shows nightly and pumps 550,000 watts of concert-quality sound throughout the venue. For the more adventurous, SlotZilla is a 12-story zip line designed to look like a giant slot machine; thrill-seekers can choose to ride the lower Zipline or the upper Zoomline for two times the adrenaline rush. 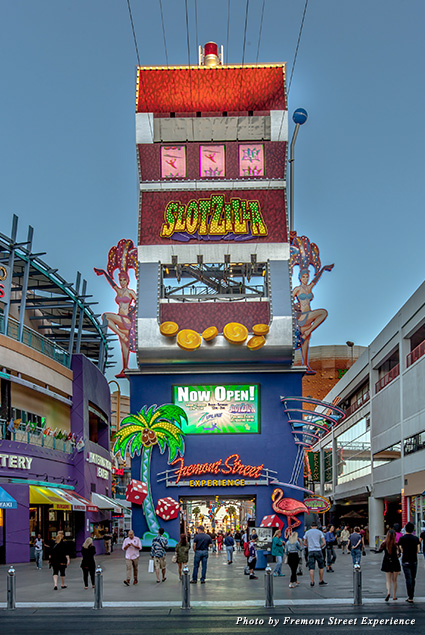 Nearly eight miles south of Fremont Street along the perpendicular-running Las Vegas Boulevard is another Vegas icon: the “Welcome to Fabulous Las Vegas” sign. Commissioned by local salesman Ted Rogich, the sign was designed by Betty Willis and sold to Clark County, Nevada, in 1959. It stands, bright and colorful, in the median at 5100 South Las Vegas Boulevard and is considered by many to be the official southern end of the Las Vegas Strip. The sign, as with most of the strip, is actually in the town of Paradise, four and a half miles from Vegas city limits and less than half a mile from the most southern Strip casino, Mandalay Bay.

Topping the northern side of the strip, traditional definition points to the SLS, though many will tell you the Strip ends at the Stratosphere. The Las Vegas Strip’s first hotel was the El Rancho Vegas, built in 1941 and destroyed by a fire in 1960. New York mobster Bugsy Siegel’s interest in the area and its booming gaming business led to the creation of more resorts, including the Flamingo (1946) and the Desert Inn (1950-2000). The Flamingo became the training hotel for future employees of the International Hotel, which opened in 1969, spent some time as the Las Vegas Hilton and LVH – Las Vegas Hotel and Casino, and is currently known as the Westgate Las Vegas Resort & Casino. 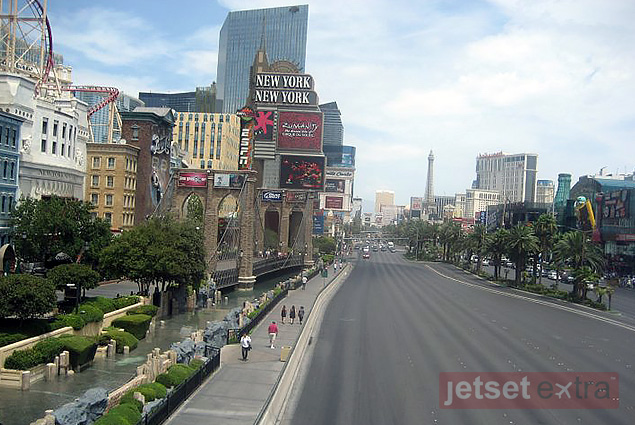 As you can see, Las Vegas Strip hotels have come and gone and been renamed over the years. MGM Grand Hotel and Casino opened in 1973, was later sold to Bally Manufacturing, and became Bally’s. The current MGM Grand opened in 1993. Steve Wynn opened The Mirage in 1989; Las Vegas’ first mega-casino resort paved the way for more like it. By the 2000s, Vegas had developed a high-end persona, with the opening of resorts including Wynn, Bellagio, and The Venetian. Today, the city’s metropolitan area is home to the most AAA Five Diamond hotels in the world.

Las Vegas continues to grow. In 2009, CityCenter opened on the Strip as a mixed-use, urban complex; it’s here you’ll find hotels including Mandarin Oriental, Aria, and Vdara, as well as The Shops at Crystals. The Linq—along with its High Roller observation wheel—opened in July of last year in the former Imperial Palace Hotel and Casino location. 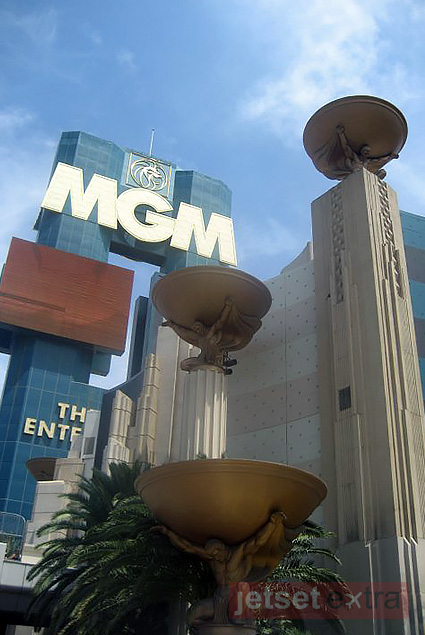 Along with its glitz and glamour, Las Vegas still has a nitty gritty side. As the city’s hotel-casino properties grew in the 1960s, gambling became known as gaming—and became known as a legitimate business. It’s also a town notorious for hook-ups and break-ups; due to the ease of obtaining marriage and divorce licenses in Nevada, Las Vegas has one of the highest marriage rates and highest divorce rates—mostly issued to people who traveled from outside the area. And, of course, a high tolerance for adult entertainment has earned Las Vegas the nickname “Sin City.”

Blending the sin with the sparkle is the Las Vegas showgirl, which debuted in the city in 1952 as the opening and closing acts for Vegas headliners. In 1957, the city’s first topless show, Minsky’s Follies, was introduced at the Dunes Hotel (now the site of the Bellagio) and had 16,000 in attendance for a single week, setting a record. The last remaining showgirl production in Las Vegas can be found at Bally’s. Jubilee premiered in 1981 and reopened in 2014 with a modernized look; it features more than 100 showgirls (and boys) in extraordinary dance numbers paired with a complex set design. 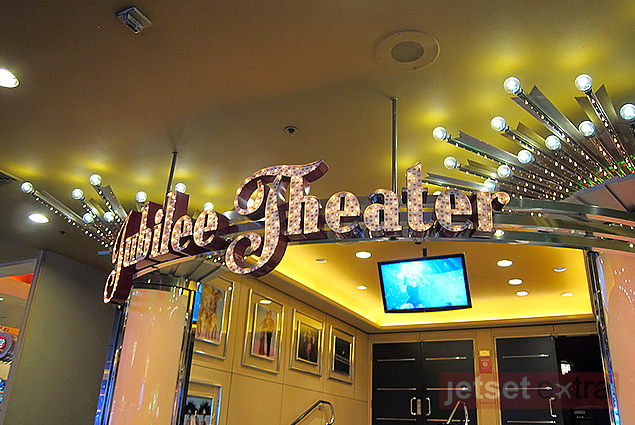 Las Vegas has a history as a hot spot for live performances that continues to this day. During the 1960s, performers including Frank Sinatra, Dean Martin, and Sammy Davis Jr. would draw hordes of fans to the city with their impromptu shows. Though members of the group called it “the Summit” or “the Clan,” journalists used the term “the Rat Pack” after the original Holmby Hills Rat Pack with Sinatra and Humphrey Bogart, and the name has stuck around to this day.

Sinatra, Martin, and Davis are an important part of Las Vegas’ past, and they are three of only six people whose deaths have led to the dimming of the lights along the Strip. The others included writer, actor, and comedian George Burns; former University of Nevada Las Vegas basketball head coach Jerry Tarkanian; and cultural icon Elvis Presley. Presley’s very first Las Vegas engagement in 1956 was not well received, but the King of Rock ’n’ Roll surged a comeback in the 1970s that cemented his place in the city’s history.

Entertainment comes in all forms, and Vegas seems to have something for everyone. There’s world-class shopping at The Forum Shops at Caesars Palace; opera, ballet, orchestra, and other Broadway and touring acts at The Smith Center for the Performing Arts; and numerous galleries in 18b, the Las Vegas Arts District. Museum-goers will not only find more traditional venues, such as the Las Vegas Natural History Museum and DISCOVERY Children’s Museum, but also The Mob Museum (in the former Las Vegas Post Office and Courthouse) and The Neon Museum, home to many historical, iconic signs. 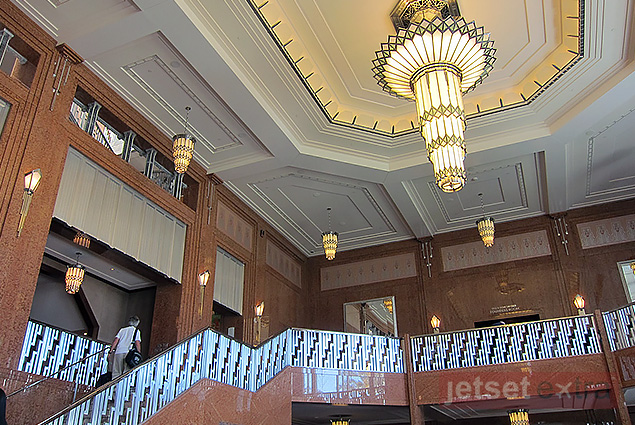 Las Vegas has had many changes over the years, but its energy and vibrancy have remained a constant throughout. Travelers from around the world are, and will continue to be, drawn to those bright Vegas lights.

Have the ultimate Las Vegas visit! Here’s your mini guide to its…

The Smith Center for the Performing Arts
361 Symphony Park Avenue