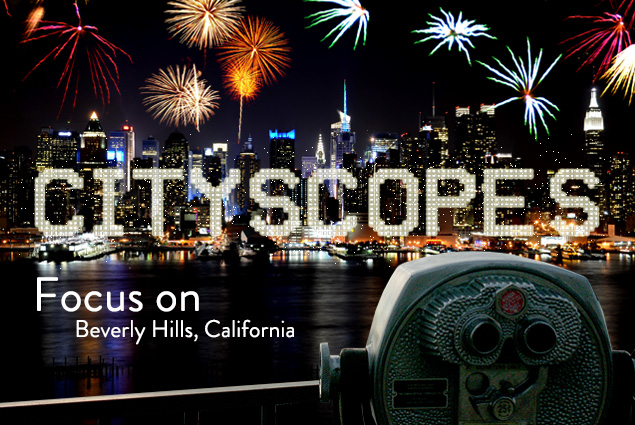 Beverly Hills, California, fascinates with its glittering, glamorous façade. The city attracts myriad famous faces—people with seemingly bottomless bank accounts and a penchant for the latest designer fashion and exquisite cuisine. Surprisingly, the city has humble beginnings as a lima bean ranch, but through a series of strategic developments and the support of a few well-known fans it transformed into the star-studded Beverly Hills we know and love today. 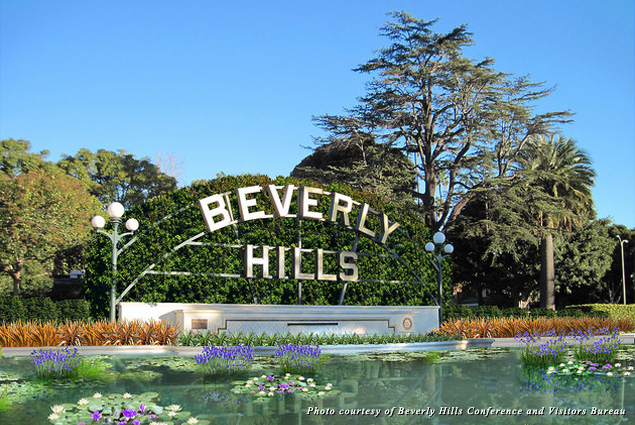 It all began at the turn of the 20th century, when investors including Henry E. Huntington, Max Whittier, and Burton E. Green purchased the ranch, formed the Amalgamated Oil Company, and began looking for oil. When their hunt for black gold proved unsuccessful, they became the Rodeo Land and Water Company and renamed the property Beverly Hills—a combination of Beverly Farms in Beverly, Massachusetts, and a nod to the area’s hill formations.

Development of Beverly Hills can be traced back to the opening of the Beverly Hills Hotel. The still-fabulous property, known as the “Pink Palace,” exudes timeless glamour and is adored by its guests. Stop by for breakfast at the Polo Lounge, a longtime favorite for Hollywood royalty. The famed restaurant also offers lunch, dinner, afternoon tea, late-night supper, and Sunday brunch. 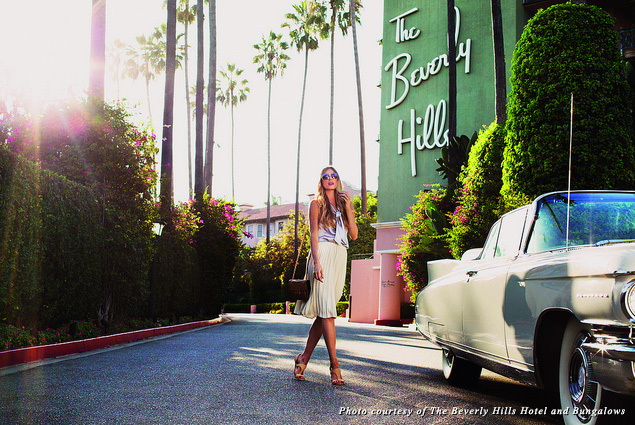 Visitors drawn to the Beverly Hills Hotel upon its opening in 1912 loved the surroundings so much many decided they wanted to stay, and they began purchasing land in the area. By 1914, the population was high enough for Beverly Hills to qualify as an independent city. (The city celebrated its 100th birthday with a bash earlier this year and has special events scheduled throughout 2014.)

It wasn’t long before Beverly Hills began to earn its reputation as a celebrity favorite. Actress Mary Pickford and her second husband, actor Douglas Fairbanks, built a mansion on Summit Drive that was completed in 1921 and nicknamed “Pickfair” by the press. Dinner at Pickfair was often a star-studded affair, with guests including Charlie Chaplin, F. Scott Fitzgerald, Amelia Earhart, and Sir Arthur Conan Doyle.

Edward L. Doheny, who made his fortune in oil, built a stunning palatial manor on nearly 13 acres of land as a wedding gift for his son and his new bride, and the couple moved into Greystone Mansion in 1928. Today, the mansion and park are owned by the city of Beverly Hills, and the site has become a popular filming location. Visitors can stroll park grounds daily (except during holidays, filming, or special events), although the mansion is only open for special events. 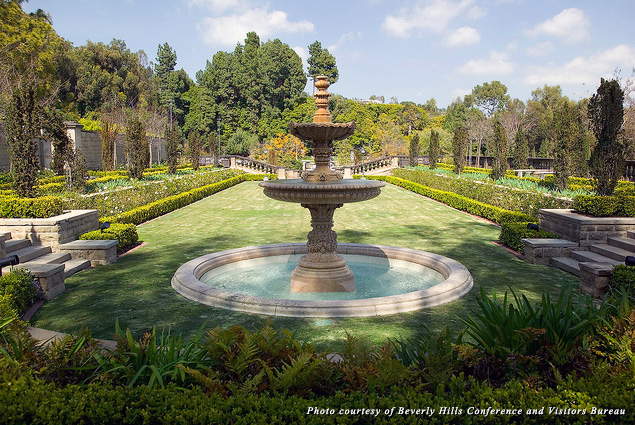 The same year Greystone Mansion was completed, the Beverly Wilshire Apartment Hotel opened its doors. During its 86-year history, the E-shaped hotel located on Wilshire Boulevard changed its name to the Beverly Wilshire Hotel (now part of the Four Seasons brand) and was renovated with a ballroom, Olympic-sized swimming pool, and tennis courts. It has served as a temporary home for household names including Elvis Presley, John Lennon, and Warren Beatty and even became a star in its own right, as a filming location for the much-loved 1990 film “Pretty Woman.”

Cementing its status as a celebrity favorite is the Beverly Wilshire’s proximity to shopping mecca Rodeo Drive. The hotel sits at the south end of Rodeo’s most famous three-block stretch (from Wilshire to Little Santa Monica Boulevard) filled with boutiques helmed by some of the biggest names in the fashion industry.

The first luxury boutique founded on Rodeo was Giorgio Beverly Hills, owned by Swiss-born Fred Hayman, who is often referred to as “the father of Rodeo Drive.” A year later, in 1968, Aldo Gucci opened a store, and Van Cleef & Arpels and Vidal Sassoon soon followed suit. It was a publicity campaign by the Rodeo Drive Committee in 1977 that kicked off the street’s reputation as the go-to shopping spot for the rich and famous, and luxury international retailers began to fill the storefronts with their glamorous goods. 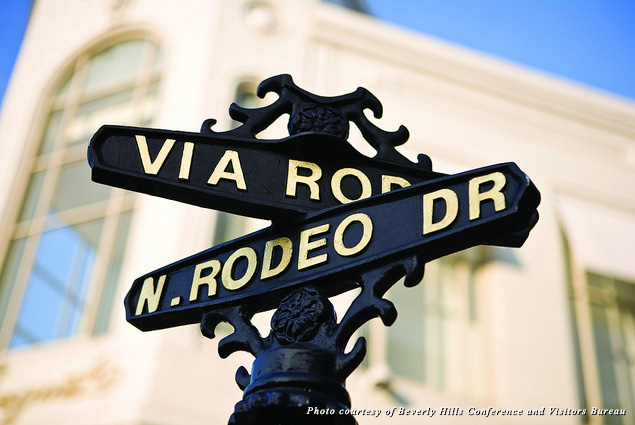 These days, Rodeo is home to boutiques including Prada, Cartier, Giorgio Armani, Valentino, Jimmy Choo, and Harry Winston. Drive down the strip to take it all in without dealing with the crowds, or go for a stroll to window-shop. The “Golden Triangle,” created by Wilshire and Santa Monica Boulevards and North Rexford Drive, surrounds Rodeo and expands on the area’s dining and shopping options. This is also where you’ll find The Paley Center for Media and the Beverly Hills City Hall.

For prime people-watching, pull up a chair at Luxe Rodeo Drive Hotel’s On Rodeo Lounge, home to the only happy hour on the famous shopping street. In addition to the spectacular Social Hour, available daily from 4 to 7 p.m., the lounge serves wine and cocktails until midnight; an adjacent bistro is open for breakfast, lunch, and dinner and serves French-influenced fine dining from executive chef David Padilla. 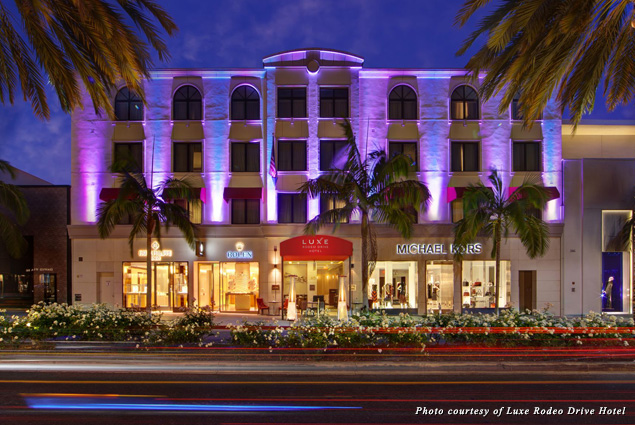 You can also do as the celebrities do and lounge the day away at a rooftop pool overlooking Beverly Hills. They’re everywhere—at Sixty, at L’Ermitage, at The Peninsula—although unfortunately in most cases you’ll need to be a hotel guest in order to enjoy access. (After all, what is fabulousness without exclusivity?) The exception: Purchase a spa treatment or rent a cabana at the Montage Beverly Hills Monday through Thursday and enjoy the resort’s rooftop oasis sans keycard (upon availability). 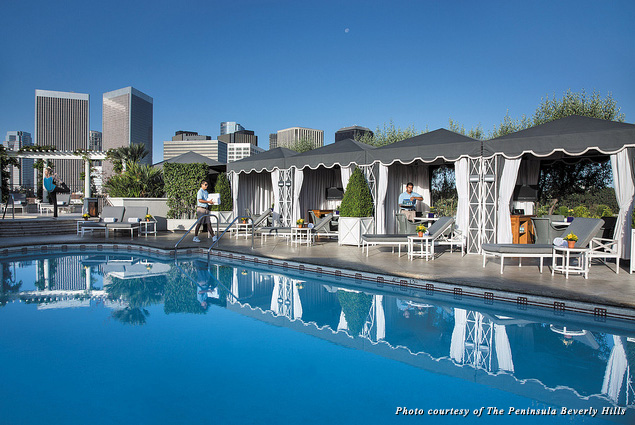 Separating the Beverly Hills’ commercial district with its residential neighborhood is Beverly Gardens, a 1.9-mile stretch that spans the length of the city along Santa Monica Boulevard. It’s the site of one of the most photographed spots in the city: a 40-foot replica of the Beverly Hills monument sign. Other popular stops in the park are the cactus and rose gardens, the Doheny Fountain, and the Wilshire Electric Fountain, which features the statue of a Tongva tribe member kneeling in prayer and a base that pays homage to the founding of the city.

The park also hosts the popular Beverly Hills artSHOW, which has been held every year in May and October for the last 40 years. The free show exhibits work from national artists skilled in art forms including ceramics, printmaking, photography, sculpture, and mixed media. 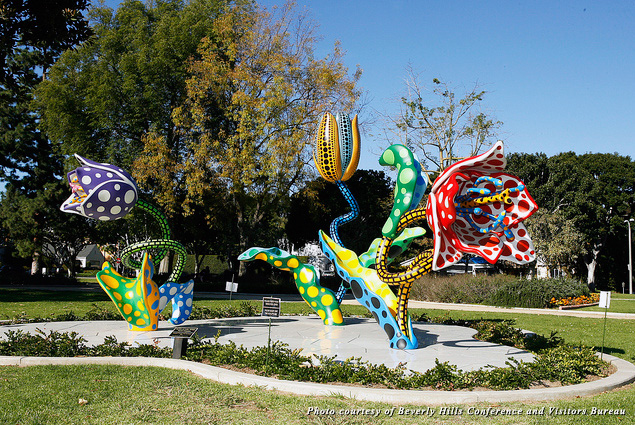 In its 100-year history, Beverly Hills has built up an impressive reputation as the go-to spot for glitz and glam. Though its shopping, dining, and accommodation options are most often enjoyed by those with deep pockets, the city is certainly not restricted to individuals with internationally recognized names. There’s something in Beverly Hills for everyone and so many ways to enjoy this sparkling town.