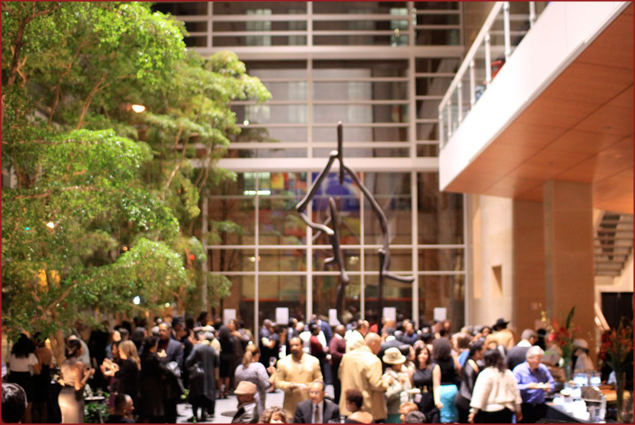 This February marked sfǀnoir’s Ninth Annual Black History Month Celebration. Each year, SF Noir highlights the contributions of African Americans to the arts, not only in San Francisco but across the country and beyond. The 2010 celebration had extra flavor, focusing on the culinary arts and culminating in SF Noir’s signature Wine & Food Gala on Saturday, February 27th. This stunning event, held at The Atrium at 101 Second Street in San Francisco, delighted the eyes, the ears (thanks to classic, smooth jazz by the Art Lewis trio) and, of course, the tastebuds. 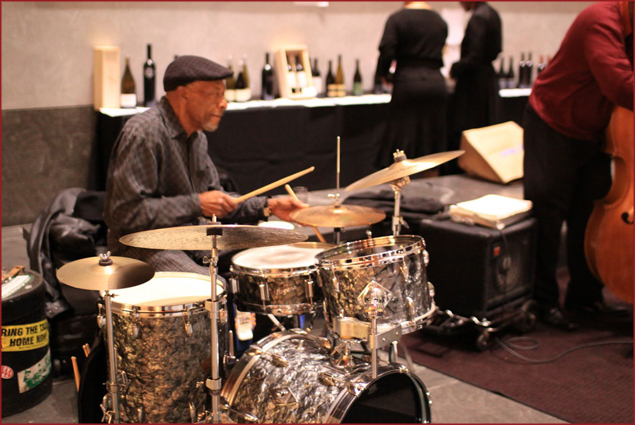 Upon entry I was offered a wine glass and proceeded to have my pick of two floors filled with over 120 types of wine from the top wineries in the area and beyond. The selection featured a number of African American vintners as well as wines from the only Black-owned wineries in South Africa. The choices were stunning, with heady aromas and deep jewel-toned colors. Highlights included wine from The Seven Sisters, particularly their Bukettraube. The Seven Sisters brand came about thanks to the Brutus sisters from Paternoster, a rural fishing village on the Cape’s west coast in South Africa. There, seven biological sisters endured eviction and separation in their youth but reunited 20 years later to create a brand of fine wines selected to reflect each sister’s unique personality (the Bukettraube, with its natural sweetness and a bit of crisp acidity, is named for sister Odelia). I also particularly enjoyed the delicious rosé and reds of Sonoma Valley winery Landmark Vineyards. Everywhere you looked fine wine was flowing, and my glass never ran dry. 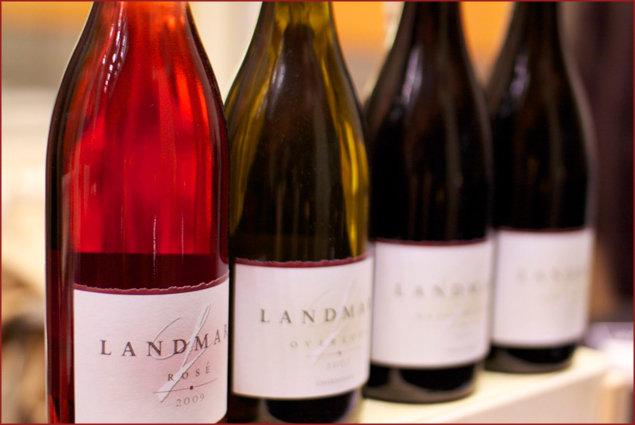 After a few glasses of wine it was time try the food. Warm, inviting aromas wafted through the hall as the chefs, along with volunteers from the Le Cordon Bleu culinary academy, greeted me with tasting plates. The Wine & Food Gala showcased the amazing range of flavors and skills encompassed by the best in Black cuisine. African American chefs from around the Bay Area contributed to a culinary mash-up of haute gastronomy and home-cooked food, all of them at the top of their game. Offerings ranged from packaged goods like Pipkins Pit BBQ’s smoked sausages and barbecue sauces, to Blue Cheese Grits with tomato Marmalade from Fillmore Jazz District’s 1300 on Fillmore, to Senegalese cuisine (rice, chicken and Mafe peanut sauce, with a shot of rum-infused coconut milk on the side) from Bissap Baobab in the Mission, and more. 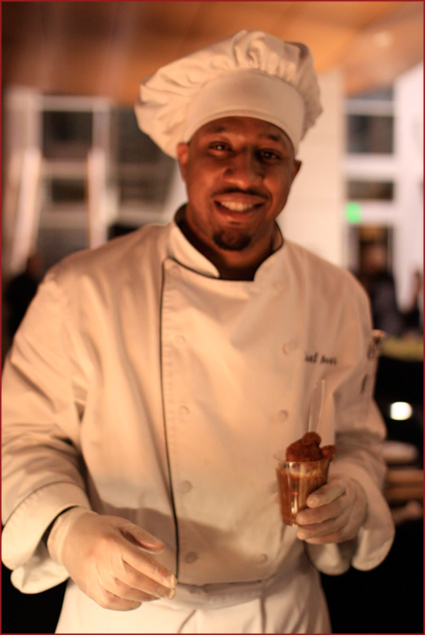 Some of the featured culinary masterminds don’t operate out of a traditional kitchen, such as personal chef and caterer Chef Marcels from Marcels on Wheels, who proudly dished up a mouth-watering, smoky Creole gumbo of oxtail, shrimp, lamb, chicken, andouille and crab, served with white rice and jalapeño hushpuppies. Others, like Executive Chef Eddie Blyden of the Hotel Durant in Berkeley, are masters of their domain, working to elevate their flavors to the highest level. Blyden served a marinated Black-Eyed Pea Salad with Nine Spice and Ginger, garnished with Heirloom Watermelon Radishes. 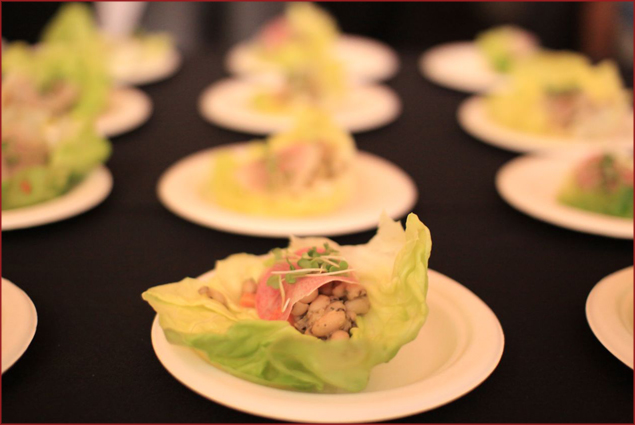 Dessert, if you could stomach it after such a bounty of food and wine, was the icing on the cake. Creamy cupcakes with Chocolate Kahlua Espresso Icing from Gussie’s Chicken & Waffles were outrageously tasty. And Pralines by Yvonne’s nostalgic treats took you back to to your childhood with “Old School” buttery shortbread cookies, mini-sweet potato pies, pecan pralines, and Red Velvet cupcakes. 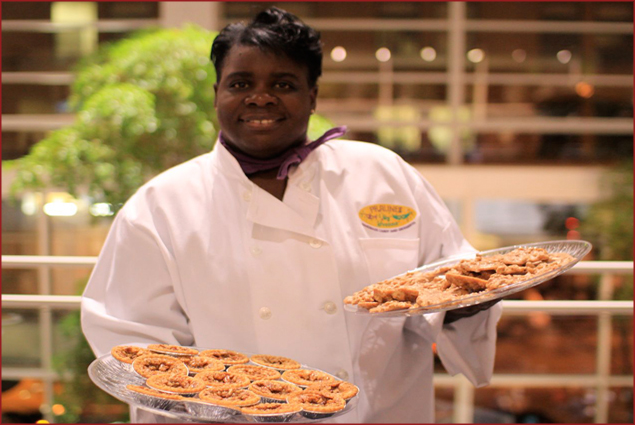 For those who missed out on this year’s events, SF Noir will happily be back again in 2011, celebrating their 10th anniversary with all new events that honor Black History Month and African Americans in the arts. I’ll be leaving my calendar open, ready to partake in this well-deserved spotlight on the region’s best and brightest.