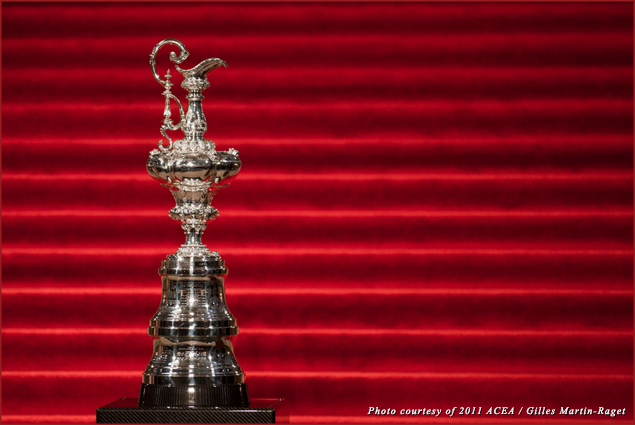 San Francisco’s Golden Gate Yacht Club celebrated the America’s Cup trophy’s 160th birthday at the Commodore’s Ball. This storied trophy happens to be the oldest trophy in the history of international sports. It is so special that it is guarded by two guards who wear gloves at all times. Guests of the Commodore’s Ball were able to take their photos near the trophy, staying on the other side of the velvet rope. At the Commodore’s Ball we learned that the trophy was commissioned in 1851 by the Queen Victoria’s Royal Jewelers. Each America’s Cup winning race is recorded on the trophy as well as the individual races leading up to the Cup Race. The America’s Cup has grown in stature, with new sections added on to accommodate the growing list of names. 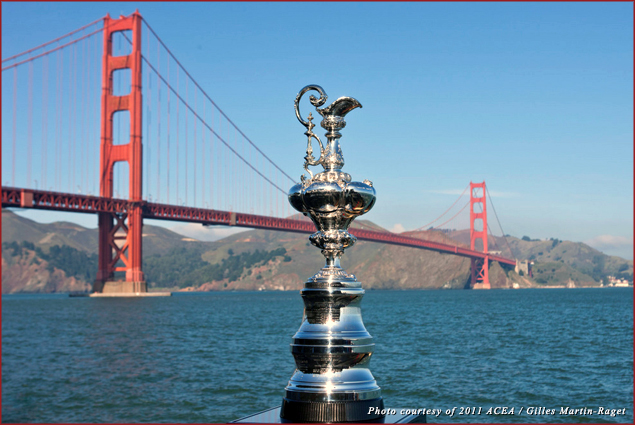 San Francisco will be home to the America’s Cup in 2013. Sailing has yet to garner the international sports audience that other sporting events have attracted. The San Francisco Bay Area is known for innovation, and boaters here have made it their mission to bring the sport to a wider audience and make it more accessible for fans. Viewers will be able to watch many of the races from the shores of San Francisco at various vantage points. For more information about America’s Cup, visit the website. 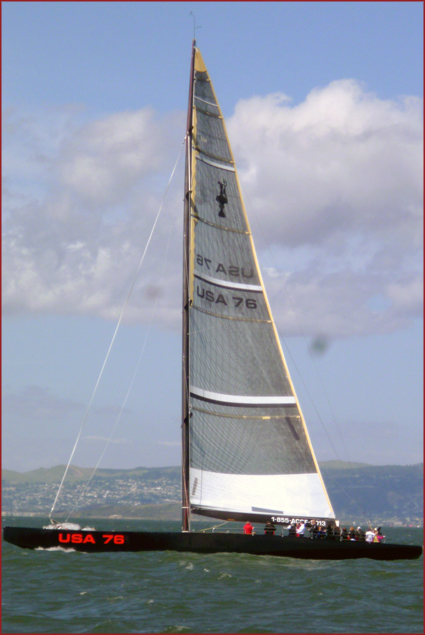 Read about the thrill of sailing San Francisco Bay on the USA 76, a previous America’s Cup winner. To experience your own sailing adventure on the USA 76, visit the website.