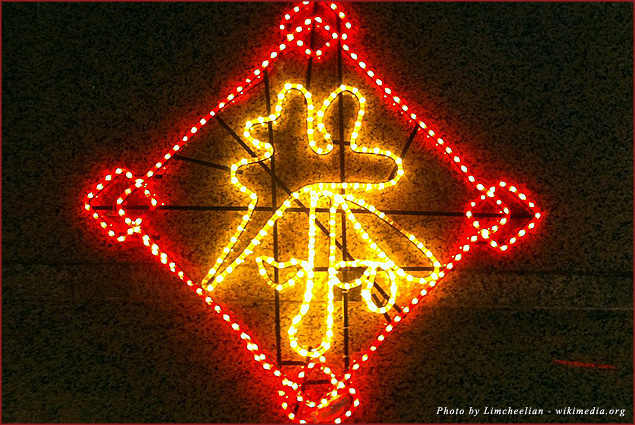 Chinese New Year, also known as the Spring Festival, is the most important of the traditional Chinese holidays. It is celebrated primarily in China and other countries with significant Chinese populations, as well as in Chinatowns around the world. Several restaurants, hotels, and destinations have planned events to honor the Chinese New Year, which officially begins on February 10, 2013. Gung Hay Fat Choy! 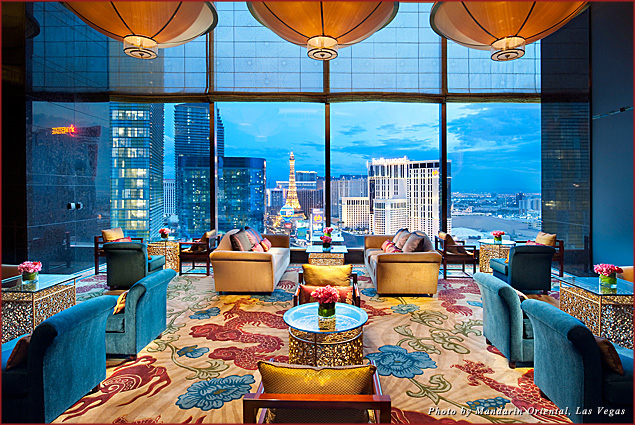 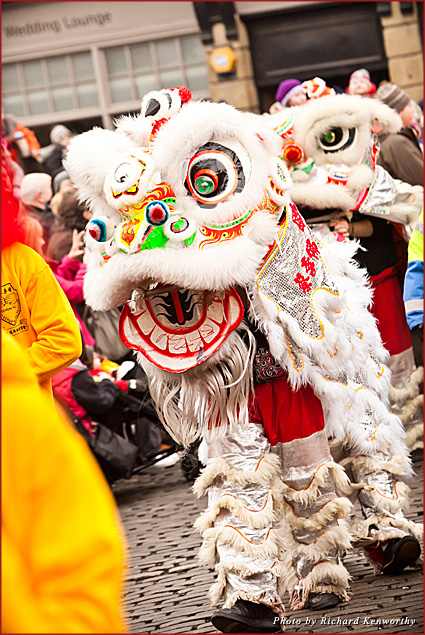 On Sunday, February 10, NewcastleGateshead in the United Kingdom welcomes one of the biggest celebrations of its kind in the north of England. The day includes free events and performances for the whole family, including traditional crafts, dance, music, martial arts, and food and drink. Festivities, which are sponsored by Aspers Casino, commence around Newcastle’s Stowell Street and Chinatown from 11 a.m. to 5 p.m. The celebration also includes a unique opportunity to witness the ceremonial eye-dotting of the new lion, a tradition which brings the animal to life with the coloring of its eyes—and brings good luck and plentiful fortune to all who participate. Events in the weeks leading up to and from the main event are also set to take place in NewcastleGateshead, such as a Chinese craft workshop, a watercolor exhibition, storytelling, and decoration making. 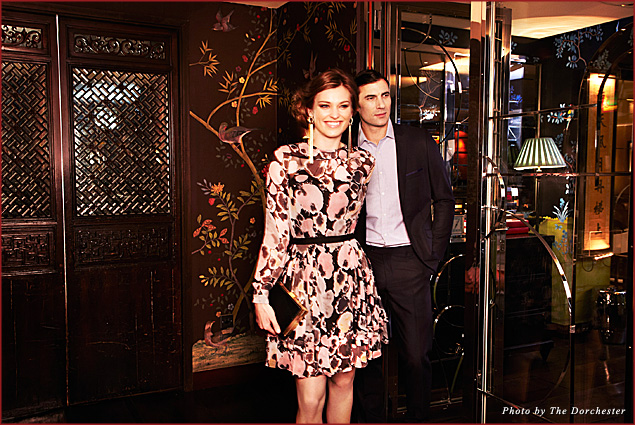 Year of the Snake Special at The Dorchester London

In honor of the Chinese New Year, a February 10 overnight stay at The Dorchester in London includes guaranteed dinner reservations at the hotel’s Cantonese-inspired restaurant, China Tang. Diners can enjoy a special “Year of the Snake” menu, which includes snake soup with fish maw and other China Tang favorites prepared with fresh ingredients and traditional spices. The China Tang Bar offers classic cocktails and private dining rooms—named Ping, Pang, and Pong—for a more exclusive dining experience. The Chinese New Year package is based on availability and starts at approximately $2,000. 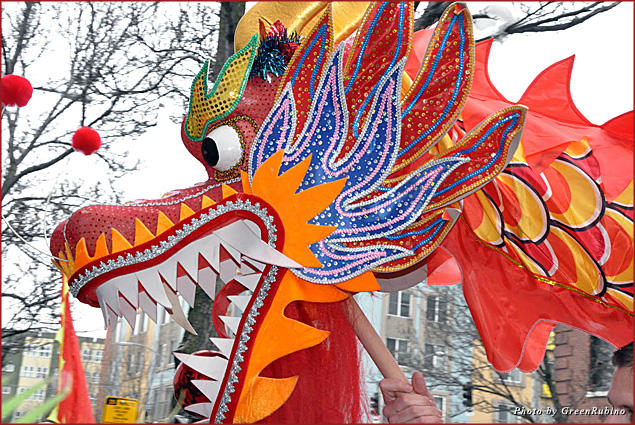 Celebrate the Year of the Snake at Wild Ginger Bellevue 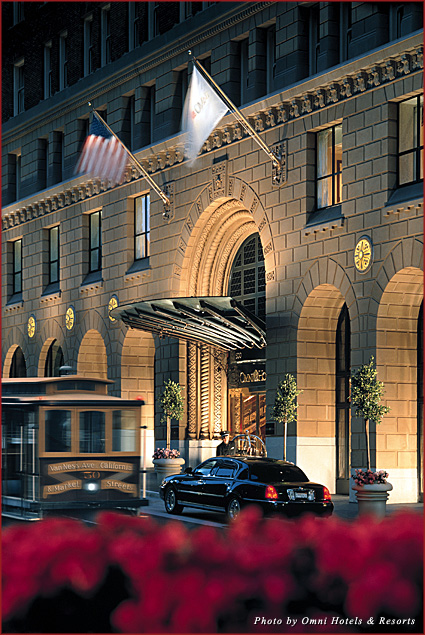 Located steps away from Chinatown, the Omni San Francisco offers a package for guests who want to experience the city’s famous Chinese New Year parade. From February 22 to 24, guests can stay at the hotel for $301 per night, including deluxe room accommodations, two tickets for seating on the parade route, full breakfast for two through room service, a fortune cookie amenity, and complimentary valet parking for one vehicle. The parade, which is held on February 23, features over-the-top floats, elaborate costumes, lions, firecrackers, a 268-foot Golden Dragon (“Gum Lung”), and the recently crowned Miss Chinatown USA. 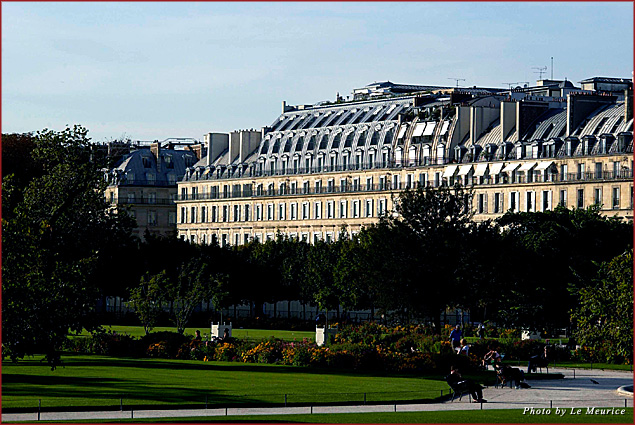 Le Meurice, Dorchester Collection’s iconic Paris hotel, celebrates the Chinese New Year with its annual carnival. On Sunday, February 24, families are invited to watch the show and enjoy themed activities, such as a live ballet show based on Chinese rhythms, dancing by the Stanlowa School of Dance, face painting, and balloon and magic workshops. In addition, there will be a hotel costume parade for children and a delicious buffet prepared by Le Meurice’s pastry team to enjoy at the end of the carnival. Rates for the carnival package begins at approximately $930. 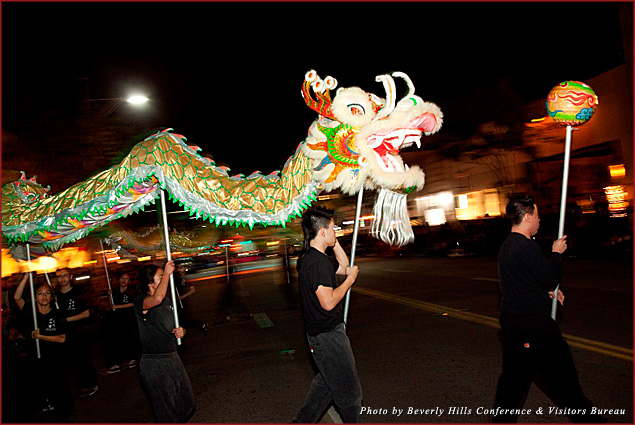 Beverly Hills Honors Year of the Snake With Citywide Celebration

The Beverly Hills Conference & Visitors Bureau honors the Chinese New Year with month-long promotions throughout the city. The celebration kicked off with a public and private event on February 1, which featured a ceremonial lion dance and drum corps by East Wind Foundation for Youth of Downtown Los Angeles, a group of performers skilled in traditional Chinese performance, martial arts presentations, and acrobatics. Hotels in the area, including Avalon Beverly Hills, the Beverly Wilshire, Montage Beverly Hills, and Thompson Beverly Hills, also join the festivities with special package rates available through February 28 and China-ready amenities such as slippers and breakfast tea. 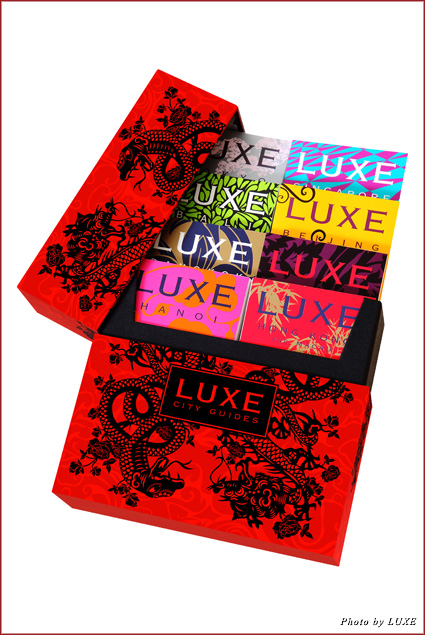 Heading abroad for the Chinese New Year? Make sure to pack the LUXE Asian Grand Tour Box 2013. The latest box set release includes eight Asian destinations: Bali, Bangkok, Beijing, Hanoi, Hong Kong, Shanghai, Singapore, and Tokyo. The books come packaged in a scarlet peony-colored box featuring two of the Chines zodiac’s strongest symbols, the dragon and the snake, in a bold, black lacquer on the front and the Chinese seal for longevity on the back. The Grand Tour box is available for $75. 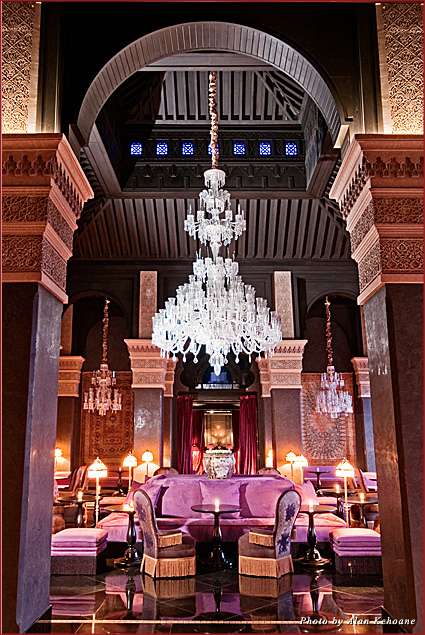 The Year of the Snake has provided Boutique Souk, a Marrakech travel and complimentary concierge specialist, the opportunity to celebrate the city’s Yves Saint Laurent connection. Marrakech inspired many of the designer’s snake-influenced designs and has become a modern-day Mecca for collectors of vintage fashion. Boutique Souk’s “Fashion Lovers Marrakech Weekend” package tempts guests in the city of snake charmers with accommodations at Selman Marrakech, escorted shopping days at top boutiques, private vintage viewings, an exclusive Chenot Spa experience, and a visit to the famous Jardin Marjorelle, the previous home of and current memorial garden for YSL.

Buddha-Bar London is pleased to announce its first Chinese New Year celebration with an evening of entertainment, Pan-Asian dishes, and cocktails. Diners will receive a delicious amuse bouche followed by a starter of Assiette de Buddha-Bar, a selection of white tuna tartar, duck and foie gras gyoza, and salmon roll. Next comes a choice of crispy duck breast with hoisin sauce or seafood curry topped with coconut. For dessert, the restaurant will offer mango pudding with lychee pearls. The evening’s entertainment includes a performance of Chinese lions accompanied by live drums, gongs, and cymbals and a calligrapher, who will be on hand to create souvenir works of art.

A Weekend of Wellness at Park Hyatt Beijing

For those who indulge a little too much while celebrating the Chinese New Year, Park Hyatt Beijing will host a weekend of wellness March 22 through 24 that focuses on nutrition, fitness, and wellness. Guests can interact with the hotel’s chef, personal trainers, and spa therapists to learn how they can lead a more healthful and balanced life. This special occasion is part of Park Hyatt Masters of Food and Wine, a quarterly, global series of seasonally and locally inspired culinary events.