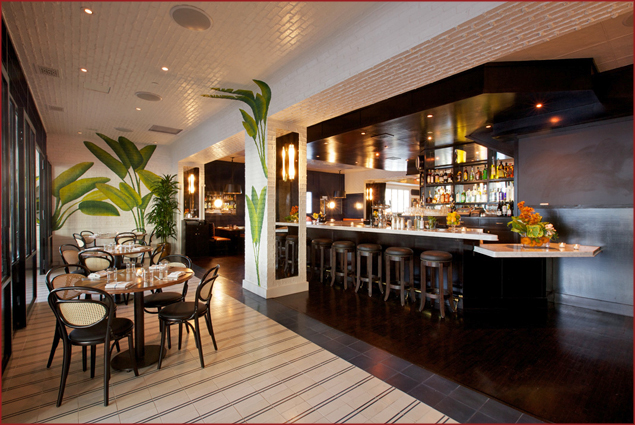 What it is: Brunch
Where to find it: Caulfield’s, The Thompson Hotel
What it costs: entrees from $11 – 21
Why you want to go:

I must admit that when the first item, a Bloody Mary, arrived at the table I thought brunch might be off to a bit of an inauspicious start. But what appeared simple and unassuming — a mere highball glass with a lime wedge balanced on the lip and filled with a seemingly all-too-familiar tomato juice mix—hit hard with the spicy, smoky kick of chipotle, making this Mary mix anything but mundane. 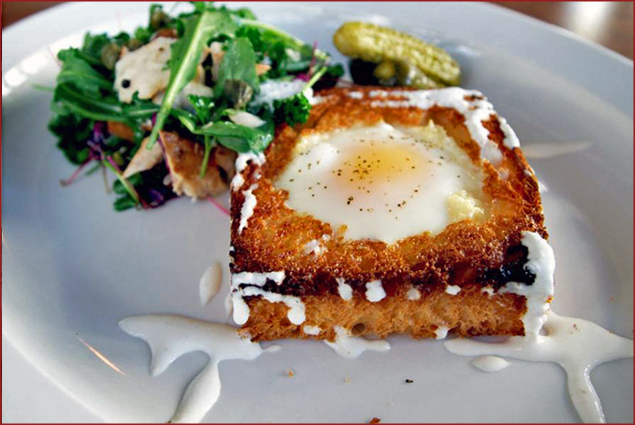 In fact, it was this kind of a play on traditional brunch fare that defined the standouts on Chef Cody Diegel’s menu. For instance, the Bar Steak and Eggs featured a generous slab of herbed compound butter melting onto a perfectly cooked and pleasantly caramelized “Niman Ranch” flat iron steak, elevating a common truckstop staple to something more decidedly and deliciously bistro.

I somewhat expected the Caulfield’s Benedict, which featured a thick, buttery Hollandaise generously spooned over giant, sweet chunks of jumbo crab meat, poached eggs, avocado, and toasted brioche — to be weighed down by its own layer-upon-layer of richness. However, the benedict managed to hit just the right note of pleasant decadence. The accompanying hash brown, however, was greasy and a tad underwhelming (also, I might argue, unnecessary).

If I had to crown a favorite savory item on the menu, though, it would undoubtedly be Chef Diegel’s Toad in a Hole. Each forkful of egg and toasted brioche, when dragged through the sharp horseradish creme and topped with the bright crisp salad of celery leaf, micro greens, smoked trout, and capers, became a heavenly, composed bite. 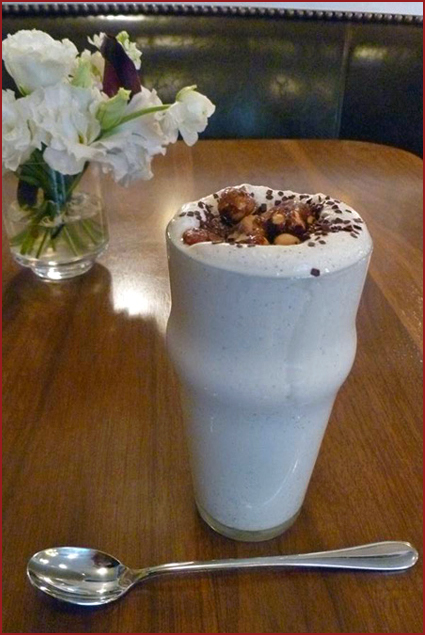 For those who prefer the sweeter side of brunch, Caulfield’s “Tall Stack” blueberry pancakes are a solid, albeit pared-down pick (any sides to this dish would need to be ordered separately). The warm tones of vanilla bean in the butter meld well with the maple syrup and give this dish a homey, perfect-for-Sunday-morning kind of feel.

If, however, at the end of the meal you find yourself with any room left, do yourself a favor and order the Bourbon Milkshake. Part dessert/part cocktail, this thick and creamy libation, topped with candied hazelnuts and chocolate micro-sprinkles, will make you wonder why every milkshake doesn’t come with bourbon in it.