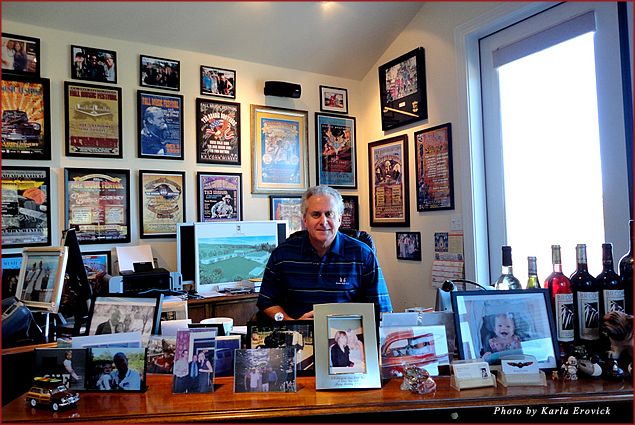 Travel can bring unexpected surprises. On a recent trip to the Sonoma Wine Country, I was fortunate to talk with Bruce Cohn – legendary winery owner, philanthropist and music promoter – about his success and what inspires him. Most people would be content with one successful career, and in Bruce’s case, it was in the music business. He garnered numerous gold records while managing and promoting the Doobie Brothers. He went on to open a winery that produces award-winning wines and was one of the first wineries to produce their own olive oils. And he has raised lots of money for charity.

In his office above the tasting room that looks out over the vineyards and olive trees, I learned what inspires him and some of the secrets of his success. He was exposed to music from an early age by his family. They ran a successful retail shoe business in Chicago but their passion was music. It wasn’t until he earned a college degree in radio and television and was living in San Francisco that he was introduced to the Doobie Brothers, who were looking for a manager. After signing a record contract, Bruce has managed the band for over 40 years. 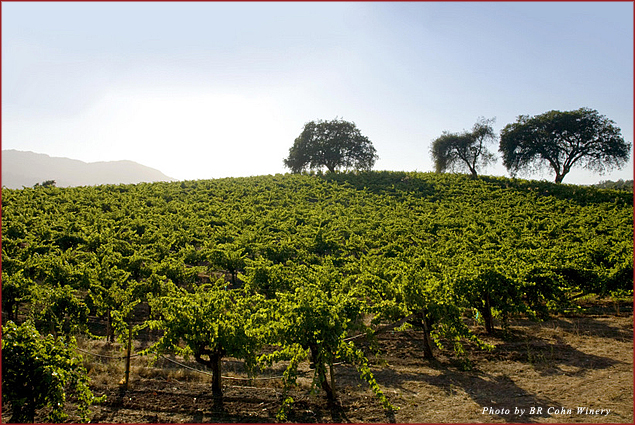 Things weren’t always easy and in the beginning. On the road the band struggled to earn a living before becoming famous. Their first major album success came in 1972 and catapulted them into fame and worldwide tours. They had their own airliner that transported them around the world while on tour. Bruce traveled with them, seven months out of the year, managing the band and mixing sound.

With a chaotic work life, he craved a peaceful and quiet home life which led him to look for land in Sonoma. He settled on property with olive trees and neglected vineyards. The year was 1974, and his rock-and-roll lifestyle seemed opposed to his passion for agriculture. During time on tour he spent his spare moments learning about viticulture and reading books on loan from U.C. Davis. 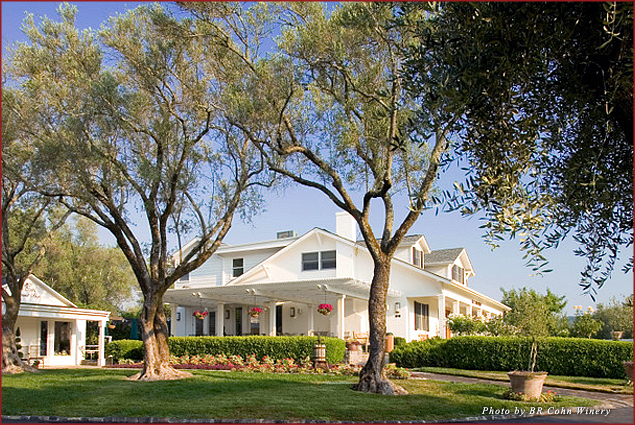 The property, which came with 100-year-old olive trees (more about that later) needed lots of work in order to plant more grapes. He wanted to plant enough grapes that he could sell to the large wineries. It was his introduction to and friendship with Caymas founder Charlie Wagner who helped round out his wine education. Up until then he was content to sell his grapes to large wine producers. It was Wagner who insisted he be allowed to make wine with Cohn’s Olive Hill grapes. The result was outstanding quality wine from these vineyards. Cohn sought to gain recognition by vineyard designation from the Cabernet Sauvignon grapes that he sold to other established wineries. Eventually Cohn wanted to produce wine from his own grapes without jeopardizing existing contracts with the wineries. 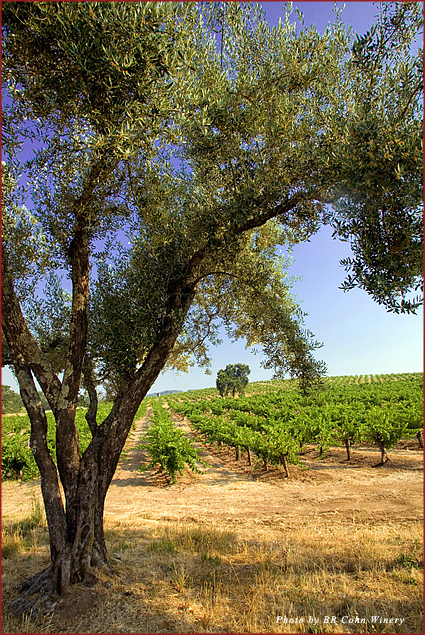 In 1984 he hired a winemaker, Helen Turley, to make his own wine. They started with four tanks and have grown from there. By 1987 Cohn had a full-scale winery on the property. While it was a major investment to use French oak and age the wine for four years, it has paid off. They have gone on to create award-winning wines with 90+ ratings. Their Olive Hill Vineyard continues to win numerous awards.

During breaks from managing the Doobie Brothers (who broke up) he managed other talent, which enabled him to build the wine empire that he has today. What was once a small tasting room is now a bigger tasting room with offices (his former home), a retail store with olive oil tasting and food products, private event space, kitchens, and display areas for his vintage car collection, as well as grounds and an amphitheater for his charity concerts. 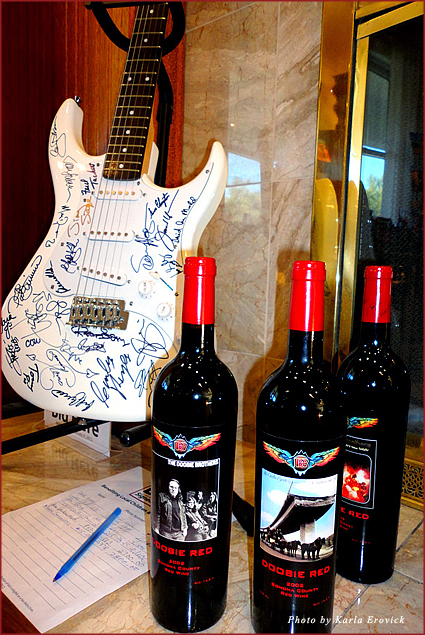 In 1990, with an abundance of olive trees on the property, he decided to try his hand at producing olive oil. It turns out that only a few properties in Sonoma were planted in the 1870s with French piccoline olive plantings from Provence. This superior quality makes exceptional oil when pressed. It continues to win awards.

When the Doobie Brothers reunited to raise money for charity, Bruce started holding his annual Fall Music Festival to raise money for local charities. He draws all-star line-ups with the Doobie Brothers, Joe Satriani, Sammy Hagar and others. This year marked the 25th Annual Fall Music Festival that included a winemaker dinner, two days of concerts, and a golf tournament that raised $400,000. He also holds a Charity Car Classic, now in its fourth year, with proceeds going to charity. Entrants can submit applications to display their vintage cars in the show. 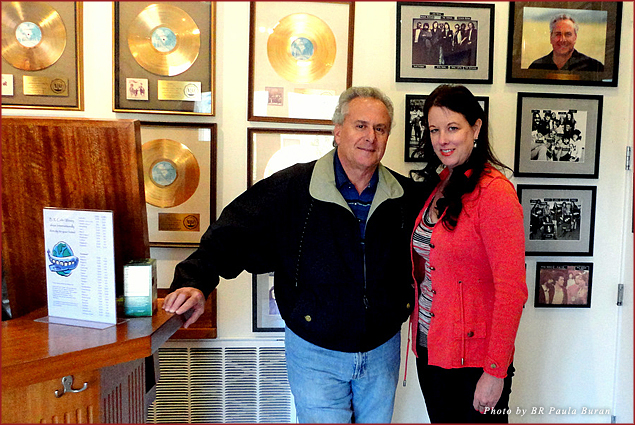 The winery’s tasting room shows the evidence of Bruce’s success. Gold records line the walls along with Doobie Brothers commemorative merchandise, including a Doobie Red. He also produces commemorative wine for the Charity Car Classic. The day we visited there was a signed electric guitar that was part of a bid for charity.

Bruce is humble about his success, stating that he never set out to do any of the things that he has accomplished, but it is clear that he has a gut instinct for recognizing opportunities. His success has been the result of a lot of hard work, and clearly he has been in the right place at the right time. I’ve heard it said that you position yourself for luck, and if that is true, Bruce Cohn personifies that philosophy. I wonder what his next venture will be. 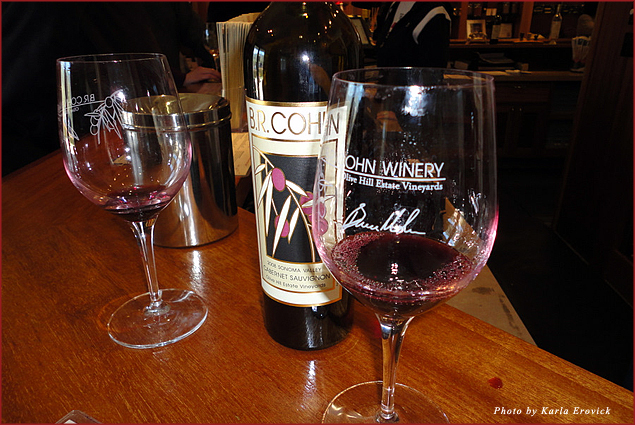