Brit on the Boulevard: Winter 2013 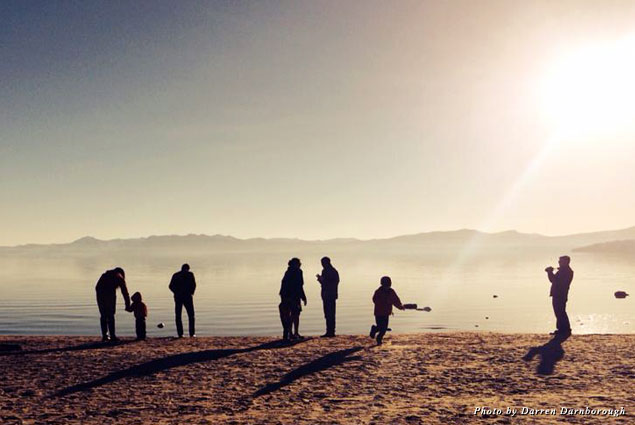 I love Los Angeles and its varying scenery and culture, but nothing beats getting off the boulevard and away from it all so you can re-appreciate your return. So, with a fresh Face Forward charity gala hangover, we jetted to the other side of the world for some R&R&R—rest, relaxation, and Sir Richard. 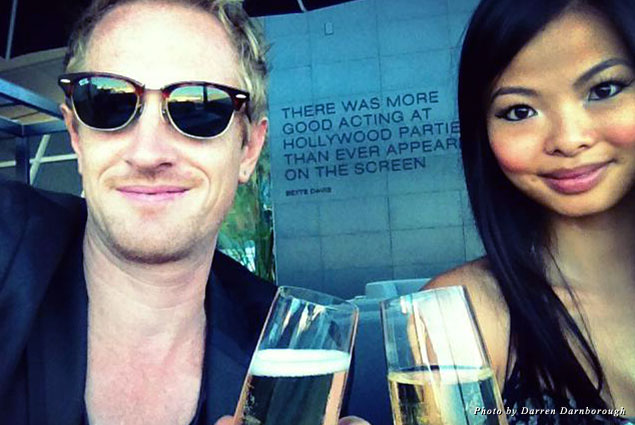 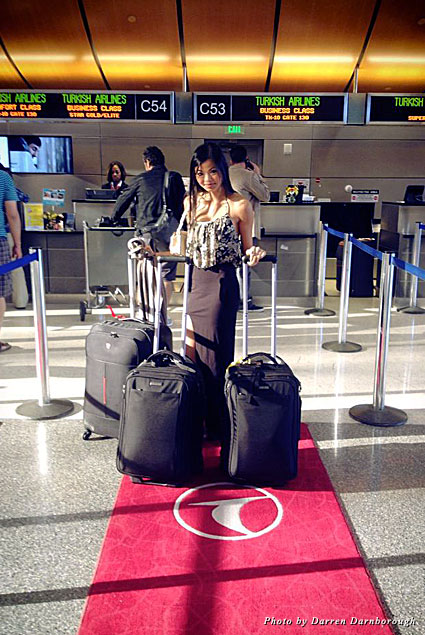 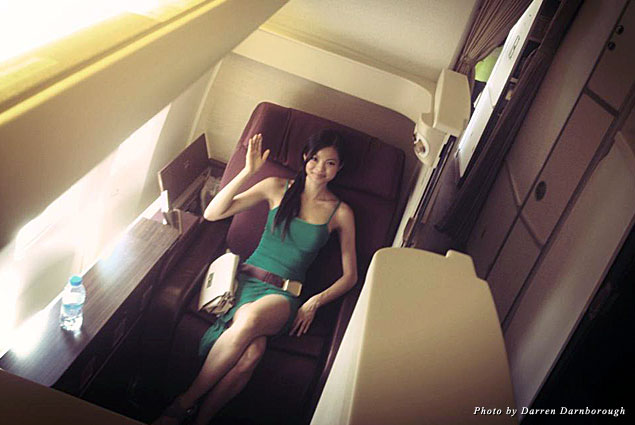 I packed my new ECBC carry-on and drove into cool new startup Hubber, which gives you free parking, a car wash, and fills your tank while you’re gone. They rent your car to incoming visitors and cut you in on the cash—a great peer-to-peer idea. A quick glass of champagne in the stunning new VIP lounge at LAX set us up for a fantastic flight on Turkish Airlines to our first stop, Istanbul. The business class seats, food, and entertainment were formidable, although bittersweet; we were airborne during the finale of “Breaking Bad” (the best television show EVER made) so touchdown priority was streaming Walter White’s fate through jetlag narcolepsy.

Our quick Turkey layover based at friendly boutique Magnauara Palace Hotel in Old City Istanbul involved appearing in director Murat Derman’s documentary, having dinner at Suada on the Bosphorus River straddling the Asia-Europe border, enjoying epic ice cream at Mado, and taking a tour of Hagia Sophia. We haggled a great lamp at the Grand Bazaar and ate substandard street kebab due to hunger impatience, then appeased our bellies with an epic multi-course meal at The Four Seasons Bosphorus, where they insisted we try the local raki. Who were we to argue?

Traveling tipsy, we bumped into none other than Sir Richard Branson in the terminal out. Inquiring about our upcoming flight, he wished us a good trip and explained he’d never been to Vietnam. Chowing down on my second gourmet meal of the evening in the Turkish Airlines first class seat (or should I say studio apartment?) I relished in the fact that I was off to do something my idol has never done. Space? Meh. Ho Chi Minh City is where it’s at. 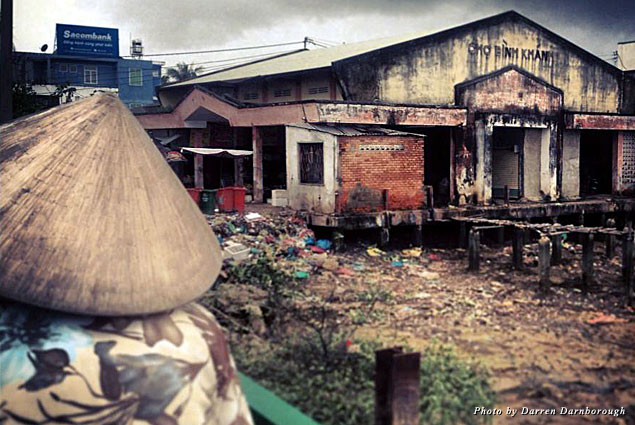 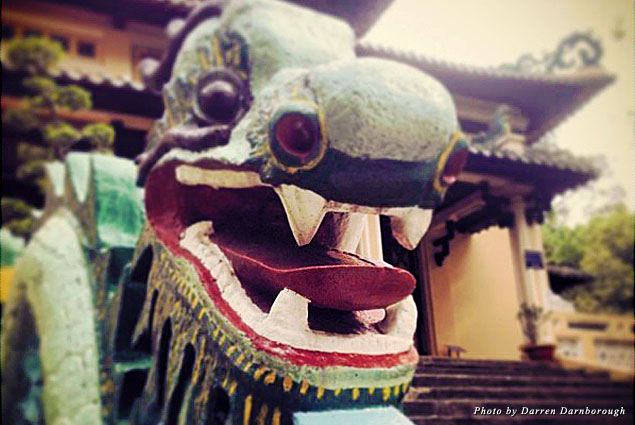 The next couple of weeks we bounced around Asia, starting in Ho Chi Minh City, and then heading down to a great tour of Monkey Island, where monsoon rain didn’t stop play. We were in Vietnam for the premiere of a friend’s film, when the death of General Vo Nguyen Giap did stop play as national mourning was declared. So we skipped over to Thailand, enjoying a boutique stay in the elegantly discreet Cabochon Hotel in Bangkok and dinner at the bizarrely named Condoms & Cabbages before taking a fun tour of the floating markets and Tiger Temple conservation area, where you get really up close and personal with the sleepy afternoon big cats. A Brit handler assured us none of the animals are drugged or poorly kept—quite the opposite. 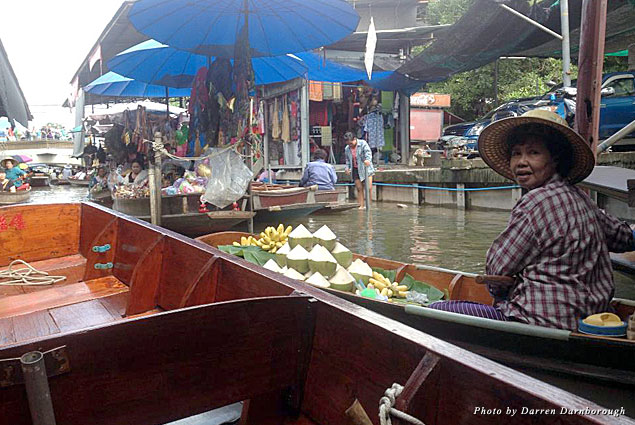 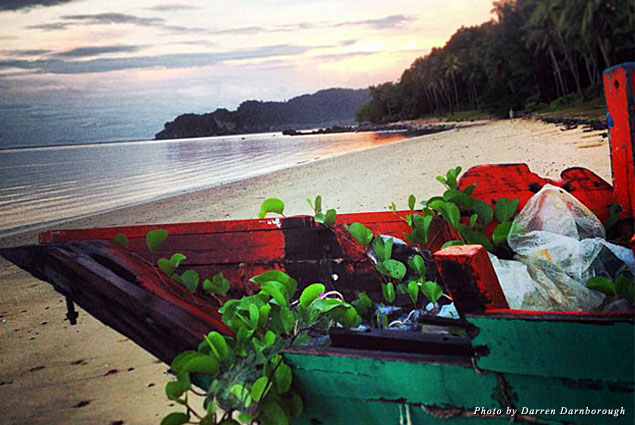 No time to waste, we slept on the overnight bus, waking up for a sunrise ferry over to the beautiful island of Koh Tao, which has remained less developed and some might say less ruined than its neighboring Koh Samui and Koh Phangan tourist traps. I often like to play the last-minute lottery on trips, so I sat at an idyllic beachfront café, knocked back a Thai Red Bull, hit the iPad Wi-Fi, and searched for the undiscovered gem we would call home for the night.

Following a couple of discreet Internet mutterings, I uncovered the spot; on the map, it seemed unreachable by road. A challenging but fun ATV ride later, the Moondance Magic View exceeded all expectations, and its idyllic secluded location and hand-built rustic simplistic grace put it in my must-stay list—but be quick before it’s guide-booked! 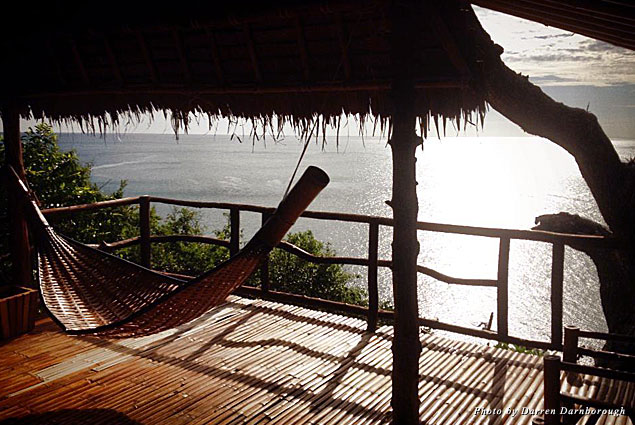 Following dinner at the deservingly top-rated Gallery, restaurateur-photographer-diver Chris Clark offered an exciting day of shoot and scuba, which was foiled by our ATV accident that left the vehicle a crumpled mess, my girlfriend grazed up, and my pocket $1000 lighter. Moral: Steep hills are not an ATV’s friend!

Back in Bangkok, a quick rejuvenation on the Executive floor at city oasis Amari Watergate set us up for the trip back to Saigon ready to get tuxed up for the world premiere of the romantic comedy “Am Muu Giay Got Nhon.” It was Hollywood all over again as we walked the red carpet with the film’s stars, producers, and writers: our friends Kathy Uyen, Truong Tri Truc Diem, Tim Bui, and Tim Tori. The local nightclub Sin even threw a Hollywood-themed party in honor. If you can’t get away, come right on back.

The VIP Lounge at Istanbul’s Ataturk airport is so plush and decadent, with full buffet, bars, massages, and even a private room, that our layover held us willingly hostage. Back on US soil the only way to avoid jetlag was to stay up all night long—and who better to do that with than Mr. Lionel Richie, who grooved through all the hits al fresco at my favourite concert venue, The Hollywood Bowl.

The end of the year becomes extremely film-focused in LA as competition heats up for awards season so that weekend I took in the tragically uplifting story of “Dallas Buyers Club,” which puts both Matthew McConaughey and Jared Leto in high consideration for their incredible performances. That was followed by a preview of Craig Robert Young’s short film “Pepper” at Soho House and rounded off with a table at the Hollywood Awards at the Beverly Hilton Hotel thanks to entrepreneur Con Mathios, where we mingled amongst A-list royalty Julia Roberts, Harrison Ford, Sandra Bullock, and Robert Downey Jr. along with some familiar Brit faces David Oyelowo and Coldplay’s Chris Martin, who did a nice little sing-song for the guests.

Feeling inspired, I jumped back to my new production company offices on the Walk of Fame to finish my short film “Stefano Formaggio” (halted by his purple Prince-ness, who borrowed my editor), develop the movie version of “Andy & Chaz Bugger Off to America,” and begin a new entertainment industry startup with one of the first web TV stars Jessica Rose—more on that soon.

October would not be complete without nearly a week (if not two!) of costumes for multiple Halloween events. We had a great time at the Haunted Hayride and screamed our way around Knott’s Scary Farm, through their excellently designed rides, mazes, and shows. The festivities finished with the West Hollywood Parade, where I dressed as Walter White’s Heisenberg with my A1 Car Washer in tow, bumping into Gus Frings, Jessies, Sauls, and multiple Walts after-partying at actress Fiona Domenica’s zany bash benefiting Syrian kids.

Friends in town from San Francisco introduced me to the Oscar-style steak at Sunset Strip hotspot BOA, which is now on my radar. An amazing cut topped with lashings of crab put us in good stead for the ensuing craziness of Beacher’s Madhouse at the Roosevelt, where flying midget bartenders liquored us up whilst a woman karate chopped baseball bats with her 50-pound boobs and a seven-foot-tall stripper watched a bearded lady dance to mini-Kanye’s rap. Yes, really.

I feel so grateful to live in this city that each year I like to celebrate my LA-versary, doing something very LA. Cue gun safety training and shooting with Nutopia at Tactical Black in them there hills, topped off with a chef’s table gluten-free tasting dinner at RockSugar. We then (tried) to escape LA again, test-driving a Tesla Model S on a road-trip to Yosemite National Park, but as beautiful and quick as the car is, the electric-only charging schedule makes you feel like you have a very awkward baby that constantly needs attention. So instead of roaming the park’s beautiful scenery, we saw truck stops and diners and unhelpful farmers who, lets just say, weren’t really spreading the eco-love. Tesla did, fortunately, get me back in time for the star-studded launch of the Jaguar F Type, where I made small talk with an extremely pleasant Simon Cowell, copped a cuddle from Miranda Kerr, and ate fish ’n’ chips and shepherds pie whilst Jag unveiled the new motor with a heist-themed stunt.

Thanksgiving is a traditional holiday, but in LA it also seems to mark the self-employed schedule of the masses with a “no work till next year” mantra. After setting fire to my kitchen cooking for the homeless, we rewarded our good deed pigging out with our friend’s all-American family complete with turkey, trimmings, and badly played (in my case) American football.

The fast-track to Christmas took me through December with a pre-screening of Scorsese’s new masterpiece “The Wolf Of Wall Street” (look out for the hilarious kitchen-cerebral-palsy-bologne chase scene) to a #GivingTuesday event raising awareness for this cover’s Perlan Mission. I taught TV news anchor Alexis DelChiaro some cockney over British Breakfast at Ye Olde King’s Head in Santa Monica and mingled with Silicon Beach start-uppers at Be Great Partners Winter Wonderland event. I mixed whisky and chocolate courtesy of Macallan and Green & Black’s BritWeek tasting and went gift-crazy at stylist-to-the-stars Chic Little Devil’s sample sale and my gastronomic downtown darling, Bottega Louie. I caught Homeland’s Javadi siding with Santa at Deborah Alessi’s holiday party, celebrated the great work of charity Hollywood Arts at Liz Hirsch’s festive bash, and ice-skated amongst palm trees in the sunshine.

California Christmas is on the cards, as due to a certain Green Card pending, travel is off, so I’m all set to swap the flakes in LA for the snowflakes of Tahoe. I’ll see you all in the New Year with no doubt more stories and shenanigans from the boulevard.