Brit on the Boulevard: Spring 2013 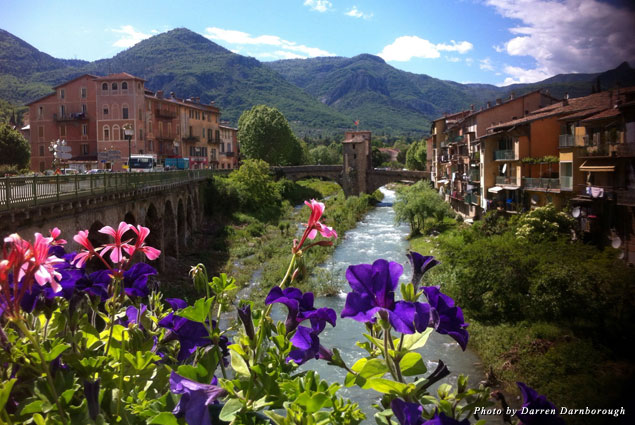 One of the pleasures of living in Los Angeles as a pasty, white, prone-to-sunburn Brit is hitting the legendary Pacific Coast Highway (PCH) in a Mustang convertible to road trip north. Feeling just like a real-live OutRun moment—roof down, cheesy electronic music up—I kicked off March with a long weekend to Carmel, just south of San Francisco. A beautiful, coastal drive took us through Santa Barbara, Hearst Castle, and Big Sur before descending on the quaint and picturesque city of Carmel, where its residents seem to have all retired early to not sell too much art, eat fine foods, drink fine wine, and generally lead the good life. Between Carmel’s stunning hospitality and scenery, nearby Monterey amenities, and The Cheese Shop, a yellow emporium like you’ve never seen, my weekend getaway ended up inspiring a whole new location pallet for my directorial debut, the film “Stefano Formaggio.”

Returning from the magic of Carmel, I levitated straight into the Magic Castle, one of my favourite Hollywood attractions. This members-only labyrinth of wizardry was playing host to a special event for the Steve Carrell and Jim Carrey film “The Incredible Burt Wonderstone,” a very humorous take on the fading-though-omnipresent magicians of the Las Vegas strip. 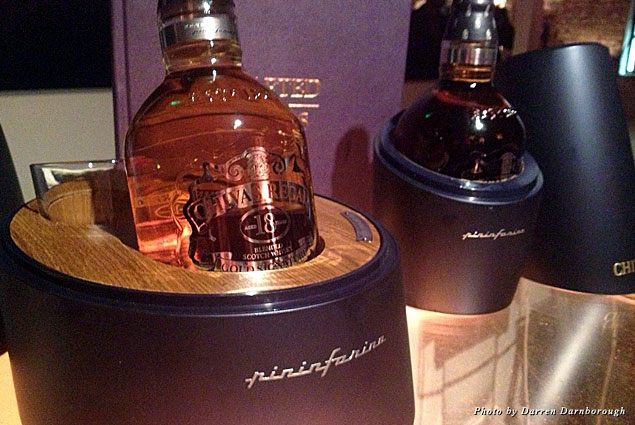 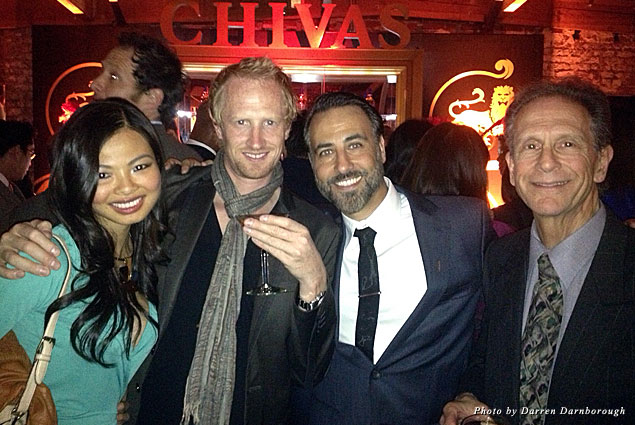 A quick escape with friends to a log cabin in nearby Lake Arrowhead provided a little weekend R&R, and I was ready for some back-to-back whisky-tasting events courtesy of Johnnie Walker and Chivas Regal, who had each organised pop-up brand experiences in Hollywood. Walker opted for an excellently shot, one-take story through the Scottish highlands with Robert Carlyle followed by a tasting journey through different rooms in a Hollywood mansion, whilst Chivas transformed a derelict space into a fusion of fashion, music, and gentleman’s styling, complete with traditional barber shop, tie-subscription service TieSociety, and one of the best-dressed crowds I’ve seen in LA (all sipping Chivas cocktails of course), courtesy of stylish hosts Shaun Saunders and Rich Varga.

I rounded off March with a screening of sci-fi classic “Blade Runner” in the Million Dollar Theater, which is a featured location in the movie, for a semi-immersive experience not yet at the par of the UK’s Secret Cinema but enjoyable nonetheless. I immersed in science, technology, and entertainment speakers at the Hollywood TEDx conference before a fun weekend photo shoot in Temecula with the great guys from Blinkit Photography and stylist Aubree Lynn. 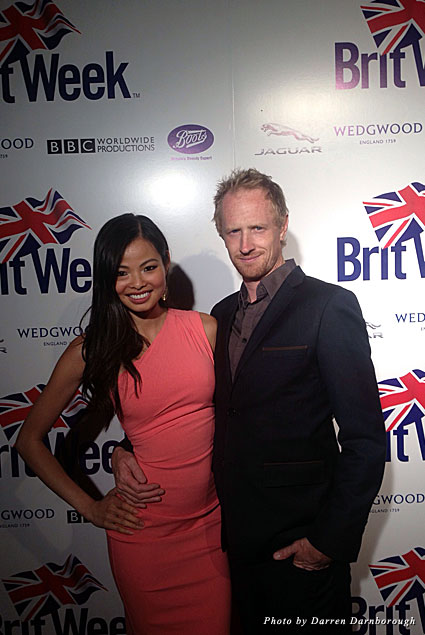 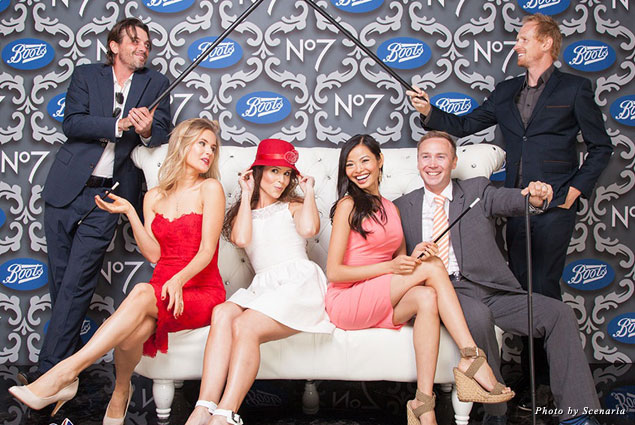 May saw the culmination of a year’s worth of efforts by a dedicated BritWeek team, for which I sit on the committee. Founded by one of our biggest entertainment exports Nigel Lythgoe and former Brit Consul General Bob Pierce, BritWeek is a celebration of British contribution to California and vice versa, and this year also extended to Miami. A glamorous Old Hollywood-themed launch party kicked off festivities with UK home-comfort canapés and libations, celebrities, and a fun photo booth by Boots (who supplied some great No. 7 gift bags) encouraging guests to get dapper and ready for two weeks of events including art soirées, the Business Innovation Awards, a Santa Monica street fair, and a 1920’s gala in honor of “Downton Abbey” (one of my current television addictions). 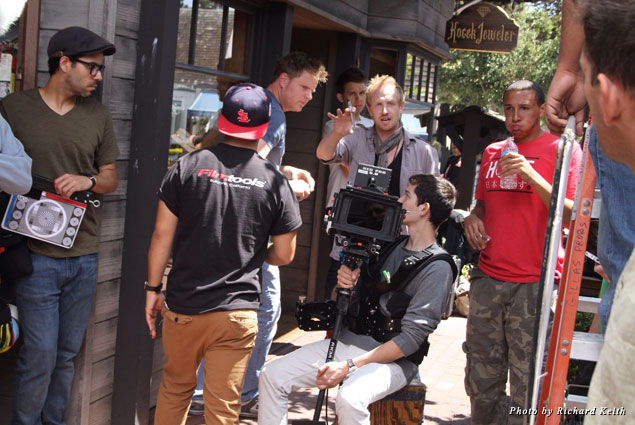 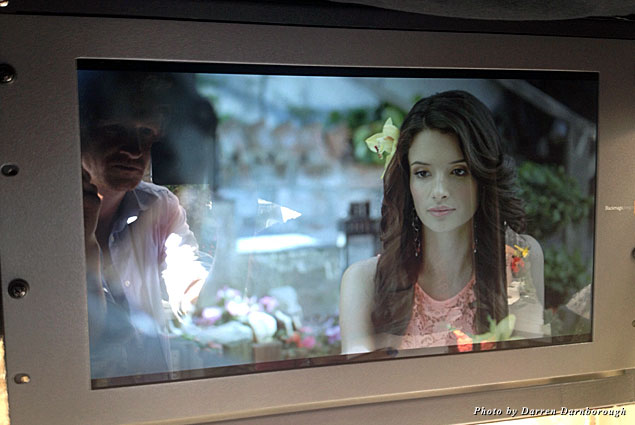 I attended the “Iron Man 3” premiere, which was so big it took over both the main cinemas on Hollywood Boulevard, and thoroughly enjoyed a special screening of “42,” a heartwarming tale of persistence, dignity, and underdog triumph. This set me in good stead for one of the most enjoyable experiences of my year so far, traveling back up north to Carmel to make my directorial debut with the film “Stefano Formaggio,” which stars Alice Greczyn and Pasquale Cassalia. It’s an incredibly proud, humbling, and rewarding experience to see so many talented people come together for their passion, and our phenomenal producers and I managed to assemble a stellar team of Sundance and Emmy winners and other top talent, which truly reminded me what I love about the ambition, gusto, and dedication of the creative communities in LA. Watch out for the final product in film festivals soon. 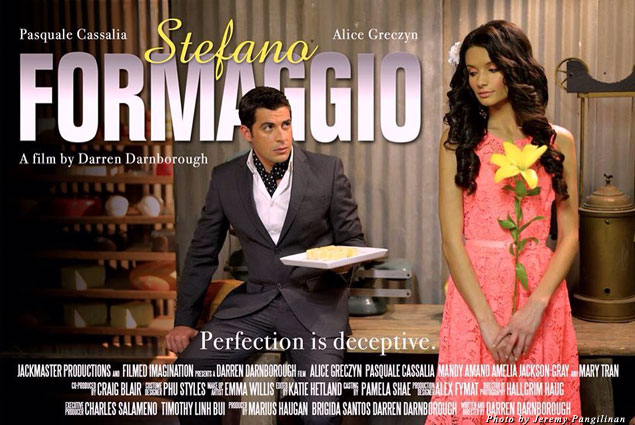 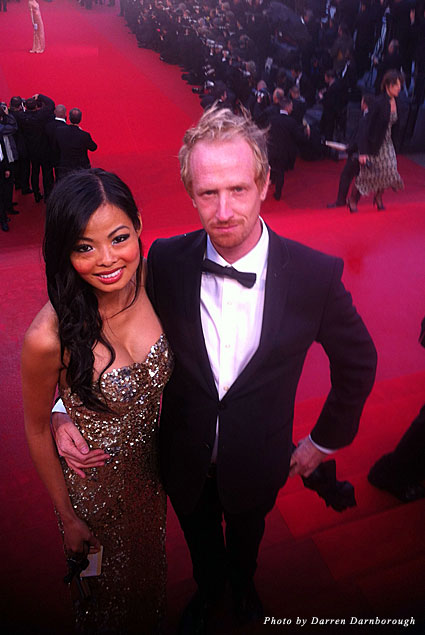 I barely finished the shoot in time to make the annual filmmakers’ pilgrimage to the South of France for the Cannes Film Festival, where I hosted a huge party at venue Torch for our upcoming Danny Trejo movie “The Darkness Descending,” with Diplo on the decks and a fantastic fire show, and produced a four-day gift lounge and styling salon called “Hollywood Boudoir,” where we helped many celebrities get red-carpet ready—even the Hoff paid us a visit!

Although busy, we still managed to enjoy the festivities ourselves: running the gauntlet at “The Hunger Games: Catching Fire” party alongside Jennifer Lawrence, party rocking with Redfoo for Di Grisogono at the Hotel Du Cap, walking the humongous red carpet (in the rain!) for Robert Redford’s one-man show “All Is Lost,” and enjoying a sumptuous birthday dinner with The Best French Onion Soup Ever™ at Chez Vincent et Nicolas in Cannes’ Old Town.

As you do in Europe (and one of the things I miss being stateside), I took a quick drive to spend the evening in Italy before heading back to London to renew my United States visa (thanks to my awesome immigration lawyers at Beltran Brito). Whilst in the homeland, I caught some good British Theater: “Yellow Face,” starring the lovely Gemma Chan and hilarious John Schwab, whom I had the pleasure to work with years ago, and the opening of “The West End Men,” a thoroughly enjoyable cabaret-style show featuring leading musical men, including current sensation Lee Mead, which is set to tour. I also attended the Lipsy VIP awards at DSTRKT, which whilst fun was full to the brim of celebrities unknown to me since they were all from UK “script-ality” shows or those that stepped out of Heat magazine circa 1995 (some things never change!).

Back on US soil the fun didn’t stop, with my girlfriend’s birthday at Sunset Strip fave Rock & Reilly’s (yes, straight off the plane into an Irish pub) and an amazingly exclusive event kindly thrown by Remy Martin Louis XIII to toast my new production company Jackmaster Productions; after “Stefano Formaggio,” we will now be co-producing Skeet Ulrich’s directorial debut “The Girl on the Roof.” From tasting exquisite Cognac from a $1.2 million vintage barrel we continued on to Julian Lennon’s album and photography launch at the Sunset Marquis, which is famed for rock stars so we were none too disappointed to hang out not only with Lennon but Steven Tyler, too. Next I wandered through a display of classic Jaguars at Rodeo Drive’s Concours D’Elegance, tried some excellent thrice-cooked chips (yes, not fries) at gastropub The Pikey, and ended the month watching Brit actress Ceri Bethan’s award-winning play “Double Bind” in the Hollywood Fringe Festival. You can take the boy out of Britain….

Coming up for the Brit on the Boulevard: Lightning in a Bottle, Comic-Con, Face Forward LA Annual Gala, Run For Your Lives

Zombie Run: A Dead Good Date for Your Diary Travels Through Thrillerdom