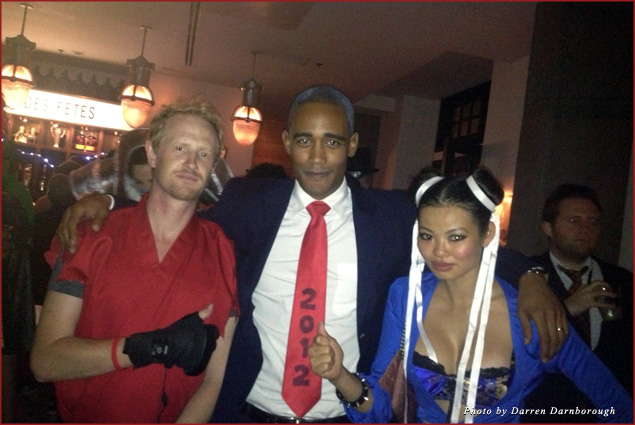 The year’s final quarter in Los Angeles has a lot of winding-up going on. Due to Thanksgiving and Christmas falling hard upon each other, people seem to be winding-up for the holidays whilst the entertainment industry is winding-up for pilot/awards season and businesses are winding-up for the financial year. However, with Halloween being such a big deal here too, the ass-end of the year is incredibly festive. In the Brit On the Boulevard’s mind, that means there’s still fun, adventure, and procrastination to be had.

September kicked off with the globally celebrated Fashion’s Night Out. LA, whilst being the broadcasted mecca of red-carpet couture, however performs quite dismally in the fashion stakes in many ways, and FNO mimicked that perfectly. I’ve often found that people in LA have their own inimitable style, occasionally because no one can imitate it (see: Vogue, best-dressed, Oscars), but more usually because no one wants to (see: every “opening-of-an-envelope” event). Thus, from what I saw, FNO was the hot compress to LA’s wound, drawing the puss of these fashion bastardizations out from their kaleidoscope era-deficient closets, from brashness over style at the Porsche-hosted event to subtlety and mediocrity at the normally stylish Genlux bash. 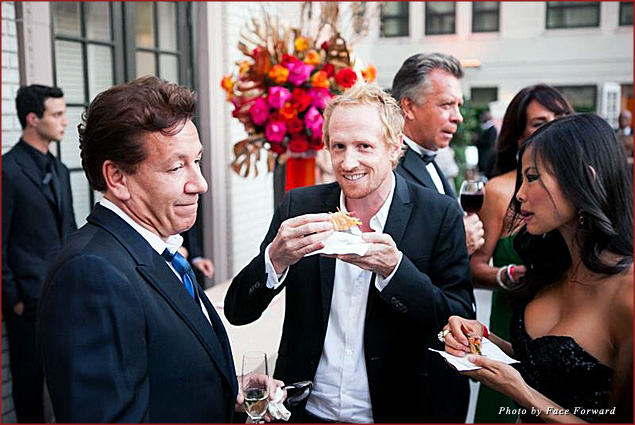 Class and elegance, however, were restored at the annual Face Forward gala at the Beverly Wilshire hotel (famed in celluloid by “Pretty Woman”). Fellow Brit Deborah and her husband Dr. David Alessi pooled generous donors, surgeons, and fine entertainment to raise money for the charity, which offers those scarred physically and emotionally by domestic and gang violence the chance of a better future through pro bono reconstructive surgeries and support. Hosted by Tom Arnold, with uplifting operatics by George Komsky and generous sponsorship from Turkish Airlines, the successful event will change people’s lives. 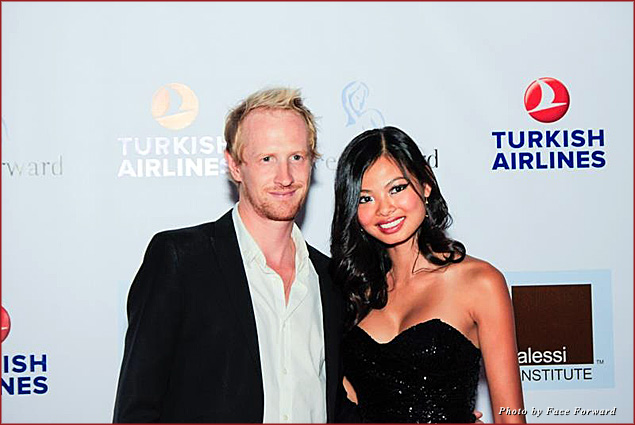 After an intimate soiree at the British Consulate to welcome the Inside Pictures alumni (the new crop of the hottest film talent) whilst munching on mini-British fare, charity themed the remaining days of September. The Talk About Curing Autism (TACA) gala at the Ritz-Carlton, Laguna Niguel in Dana Point not only provided incredible sunset socializing but also my winter vacation, courtesy of a great silent auction. These auctions are a superb way to get amazing value treats for yourself whilst financially helping a charity so my VIP ski trip at America’s No. 1 resort will actually do some good. Add that to a nice photo opp with host and songstress Kate Voegele (of the CW’s “One Tree Hill”) and it’s a productive evening. September wrapped up with a visit to the Hollywood Arts Open House, another great organization that provides media and entertainment training for homeless youth and helps them transcend to the working world. 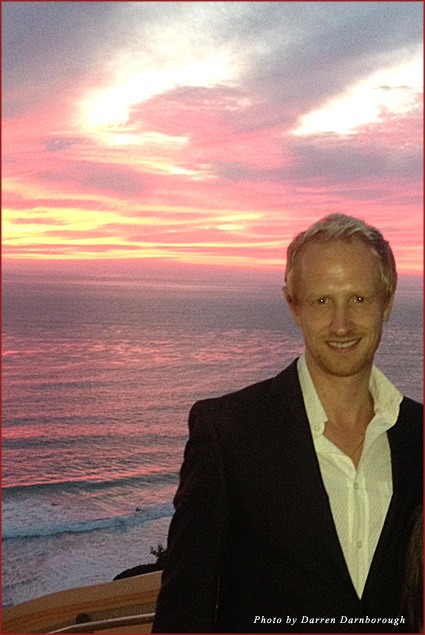 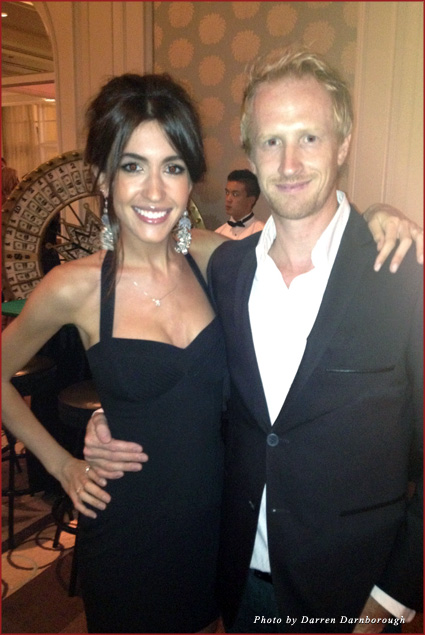 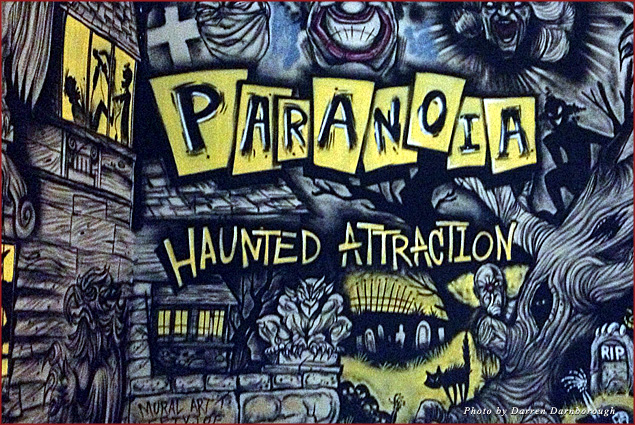 The calendar barely has the chance to flip to October before Halloween seems in full force. We started the month at the Paranoia Haunted Attraction in Santa Monica, a labyrinth of ghoulish actors (yes, they had a plentiful supply here) and spooky assaults. From one set of beasts to another, I visited the San Diego Zoo Safari Park, which is a reasonably short but pleasant drive from LA. This sister to the world-famous zoo is actually preferable in my books, with vast plains and landscape for the animals to roam relatively freely. Some tours take you up close and personal to (and sometimes even feeding) the giraffes, rhinos, and cheetahs, which I definitely recommend to get the best experience. 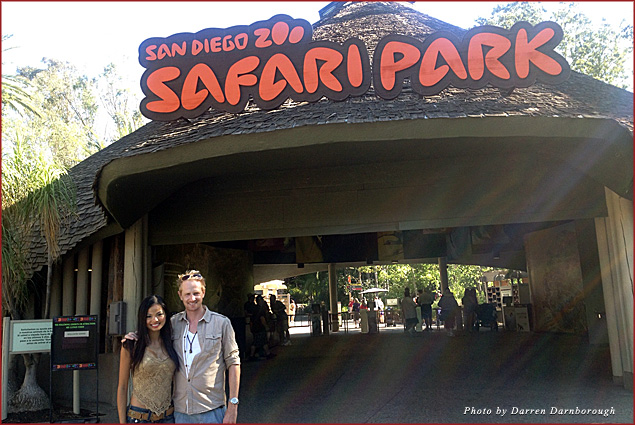 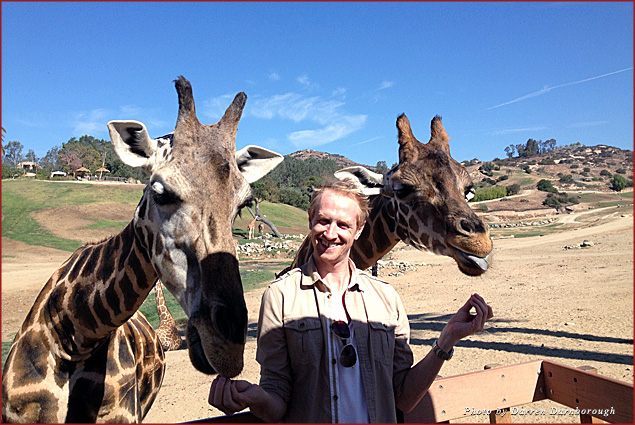 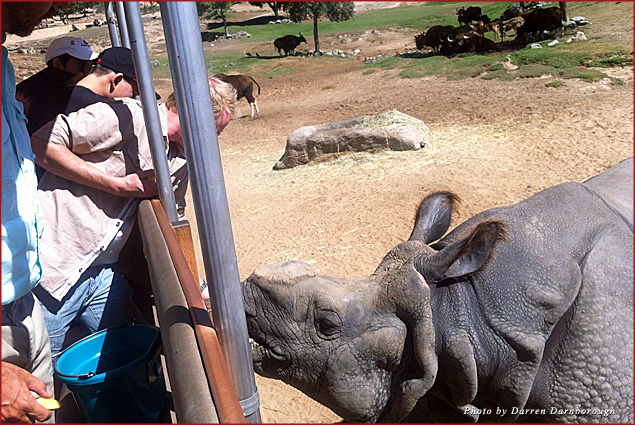 It’s great to explore the surrounds of LA, and one such find is the wine country area of Temecula. We traveled south to take part in the Run For Your Lives zombie run. As an avid “Walking Dead” fan, the minute this attraction entered my psyche, it was on. A 5K army assault course through hiking terrain, mud, zombie guts, and “other apocalyptic liquids” whilst being chased by zombies sounded like Sunday-Funday to me. And it was. Played like flag football, you “die” if the zombies grab three flags from your person. I survived (even though my shoes didn’t), but unlike my TV counterparts, I got to enjoy the surrounding luxury of Temecula after my apocalypse. Gourmet wine tasting at Leoness Cellars (zombie camouflage), a peaceful hot air balloon ride with California Dreamin’ (zombie escape plan), hearty dinners at South Coast Winery and the Gambling Cowboy Chophouse and Saloon (zombie fuel), and an indulgent suite at Ponte Vineyard Inn (zombie solace) formed the rest of one of my favorite quick escapes from LA to date. 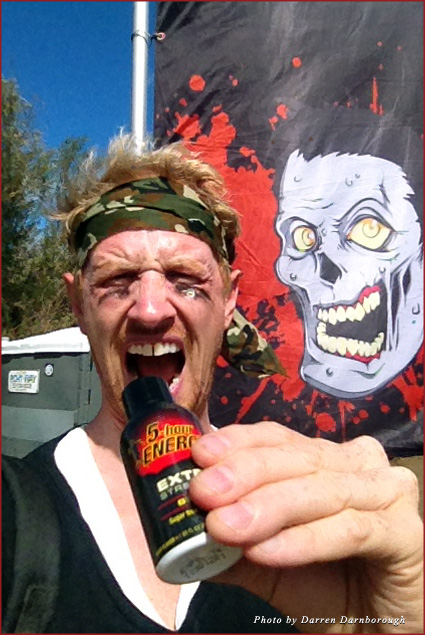 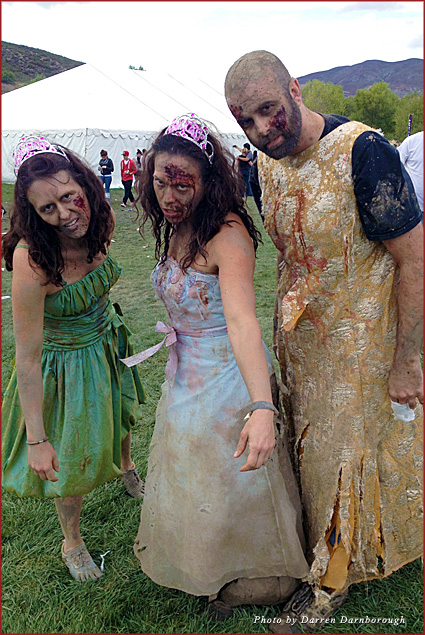 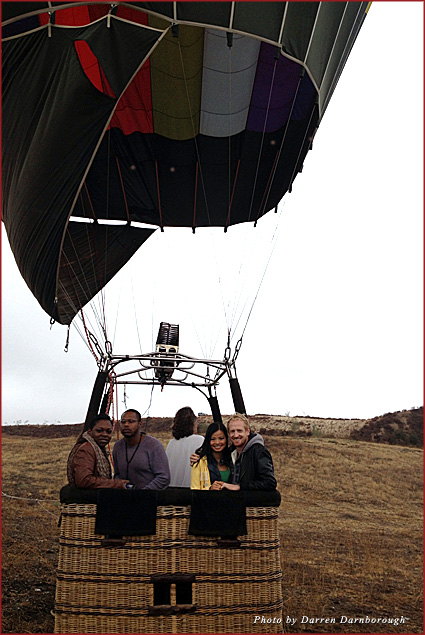 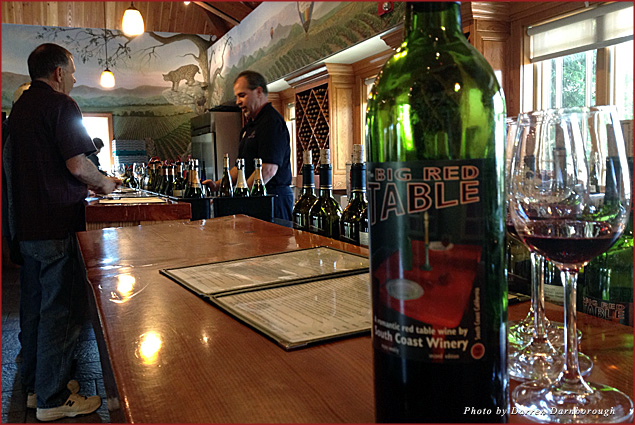 Plenty more fun ensued for the rest of the month. Show at Barre merged its musical talents with Martin Scorsese at For the Record, where accomplished musical stars blend the soundtrack from one director’s back catalogue with precise skits from the films, peppering the performance throughout the restaurant tables at Vermont in Los Feliz. Secret Table, a pop-up culinary event took place over a gorgeous Malibu sunset, with fine catering and wine tasting by chef Lisa Fielding. I rocked out to a half-empty crowd for Paul Weller at the Greek Theatre (apparently the Modfather don’t preside here), then immediately after hosted Evander Holyfield’s 50th birthday party (where he got dowwwn on the dancefloor like he was bitten by the grooves). 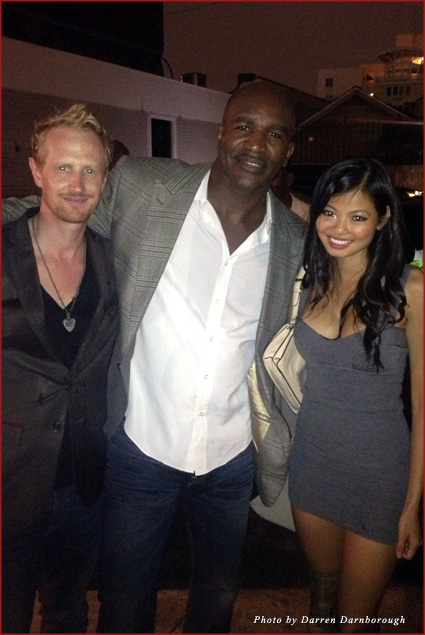 I went from the “Happiest Place on Earth” for Disneyland’s mild-but-fun Halloween-themed efforts to Paranormal Activity producer Jason Blum’s Blumhouse of Horrors, a narrative-based haunted house journey in a derelict theater, which brilliantly blended the usual scare tactics with more interactive and surprising angles. I rounded up the period attending a charity party for the sCare Foundation, spearheaded by the Halloween movies producer Malek Akkad, dressed as Bryan Cranston’s Walter White “Heisenberg” from the TV hit “Breaking Bad,” and went all retro at the West Hollywood Costume Carnaval as Ken from “Street Fighter II,” complete with my very own Chun-Li. 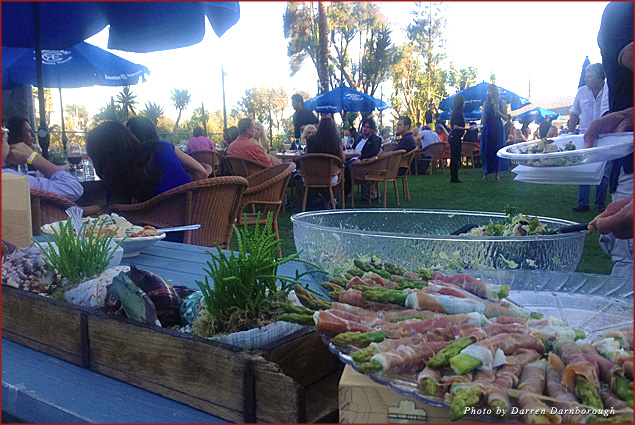 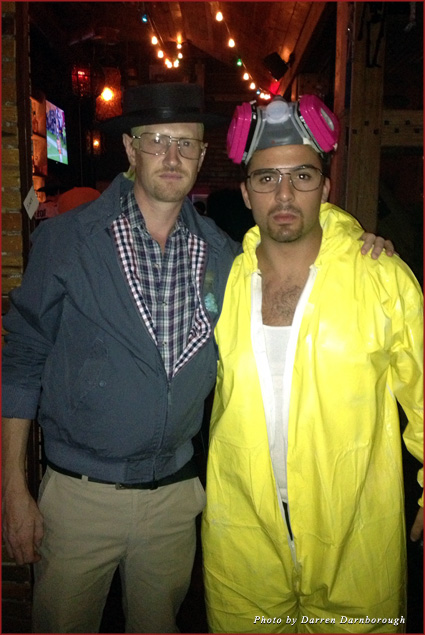 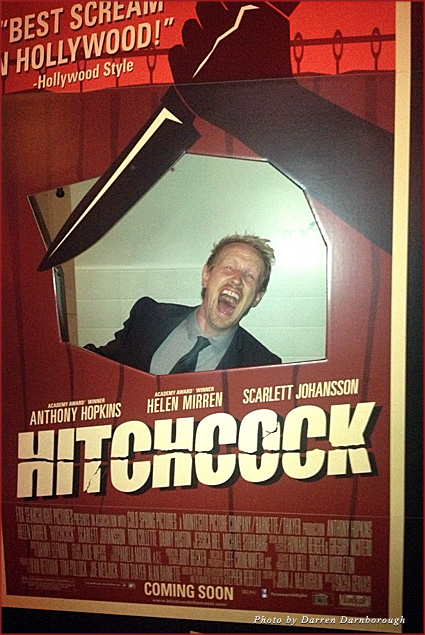 After exorcising October from my veins, November opened with the annual AFI Fest at the Grauman’s Chinese Theatre. I was a guest at the premiere of “Hitchcock,” starring Helen Mirren, Anthony Hopkins, and Scarlet Johansson, and was surprised that none of the stars turned up to this huge red carpet event due to other engagements. Meanwhile, at AFM (the American Film Market) that runs alongside in Santa Monica we managed to tease out Danny Trejo, the star of our latest movie, to our official announcement party for the film “The Darkness Descending,” where guests got some intimate time and photo opps with the legendary face. The week following was election-focused, and since I am still only a legal alien with no voting rights, I opted to cruise the day away on a lovely yacht around the idyllic harbor side of Newport Beach whilst watching the sun set over Catalina Island and enjoying some freshly grilled steak, courtesy of a visiting New York producer. 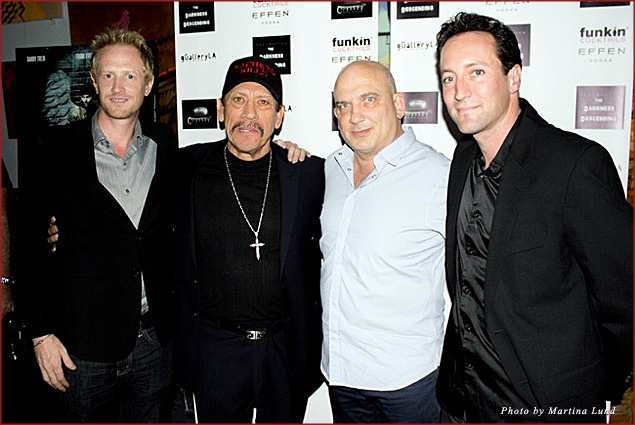 It was a big day for President Obama, and shortly after, a big day for me as I celebrated my six-year anniversary in LA. Back then, I knew only one person here, a British actress named Judi Shekoni so it was quite fitting that I got to spend my LA-versary with her, escorting her to the premiere of her movie “The Twilight Saga: Breaking Dawn – Part 2.” I felt incredibly proud of her since she is one of the hardest-working and tirelessly enthusiastic people I know. From the insane screams of the fans at the mezzanine level, many of who had camped out for days, to the lavish after-party themed as the many landscapes of the “Twilight” series, it was a great Hollywood way to spend the landmark in my stateside life. 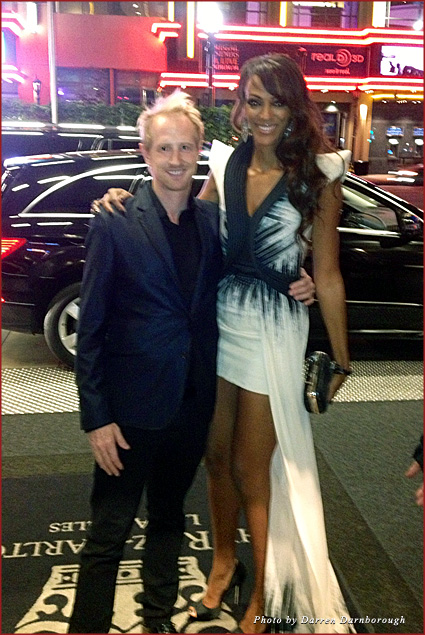 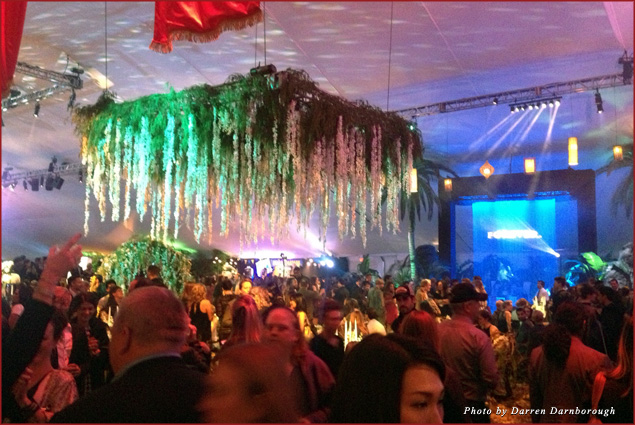 The rest of the month was every reminder of the celluloid town that I live in, from partying alongside Rourke and Renner at Rodriguez’s “Sin City: A Dame to Kill For” kick-off bash to being blasted with colour amongst retired movie sets at Hollywood Sports Paintball Park to mingling with stars at the Shane’s Inspiration charity buddy-walk and the launch of UKares Foundation. Not forgetting the stars actually on the screen, too, standouts from movies of the period included the gripping thriller “Argo,” the quirky comedic brilliance of “Silver Linings Playbook,” Denzel holding court in “Flight,” and “Lawless,” in which Guy Pearce creates one of my favourite memorable new villains of film, Charlie Rakes. 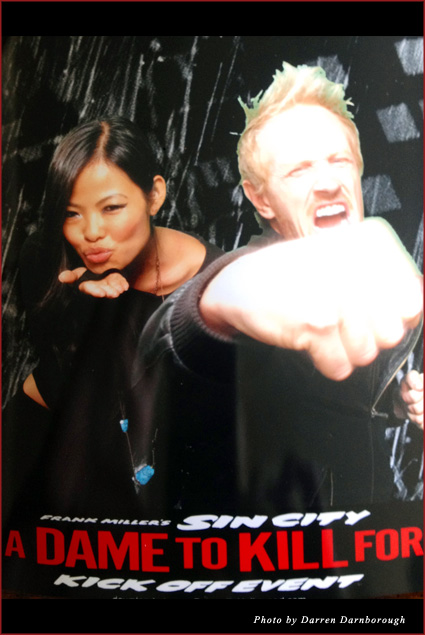 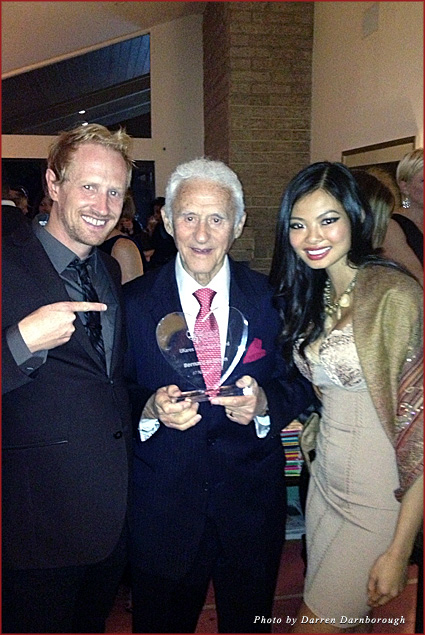 November wound down with a Thanksgiving trip to San Diego, where a pleasant and intoxicated local reminded me at 3 a.m. that I “shouldn’t be here” and to get “out of her country” after hearing my accent. I promptly apologized on behalf of my 18th-century ancestors and hotfooted it back to LA, stopping en route to take some flight simulation and dogfight lessons at Flightdeck in Anaheim. Well, what with all these zombies running around, too, you never know when that’ll come in handy to get me back to the Boulevard. 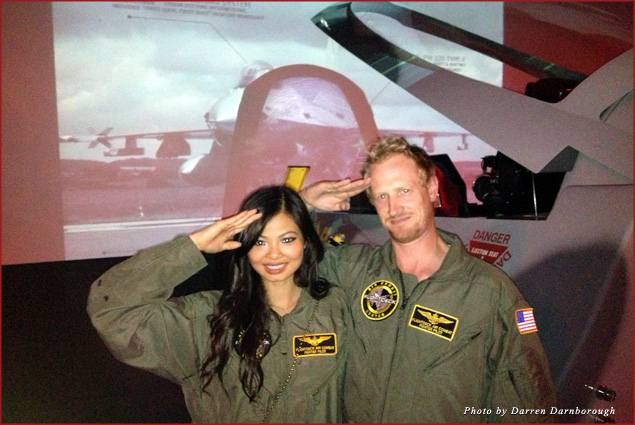