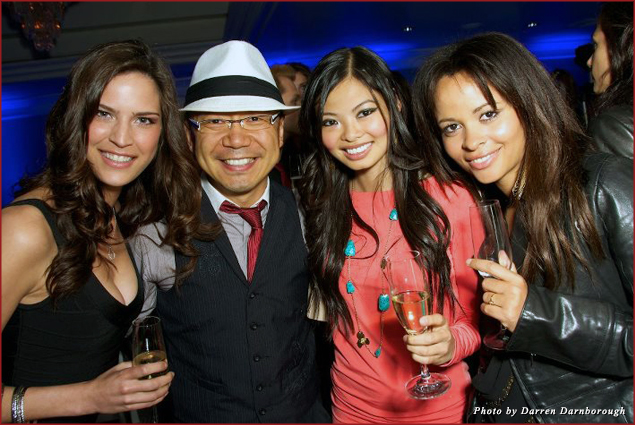 L.A. wasn’t its usual sunny self this spring, with “June gloom” coming early all through April and May. It’s strange but waking up to a cloudy morning does actually take the edge off the normal social excitement that this sun-drenched place is used to.

The weather was, however, kind to us for an early April visit to Catalina Island for my friend’s joint bachelor-bachelorette party. A short ride on the rather bumpy Catalina Express, aided by a couple of its apparently famous Bloody Marys transported us to the island haven just off the coast of Long Beach.

Catalina is actually a very quaint retreat, and offers a great escape that really does feel like a vacation, complete with charming B&Bs, independent restaurants, campsites, and the necessary bar-right-on-the-beach which LA’s long coastline generally lacks.

Much fun was had on golf carts and kayaks, drinking and BBQ-ing and being called a “bunch of spring breakers” by a local, despite our median age being around 34, can only mean job well done on the stag and hen antics. 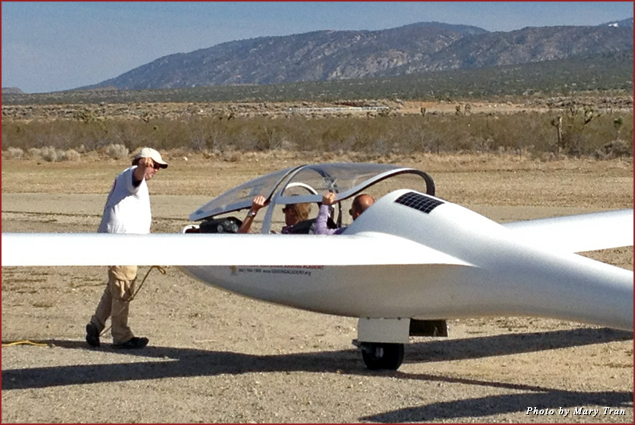 With the taste of adventure fresh in my mouth, I ticked a new first off my list by going gliding in the San Fernando Valley and over the Mojave at the control of my very capable pilot and friend Stephane, who is also working on bringing self-flight to the masses with his company SmartPlane.aero.

Gliding is a strange and relaxing feeling, extremely serene and buoyant, relaxing at the will of the wind. We topped that amazing day off with champagne and dinner at one of the restaurants on Sunset Plaza in LA, a great place for al fresco dining and people-watching, especially if you are missing the gourmet street-table culture of Europe.

Screen culture that week was provided by a preview of the British film “The Best Exotic Marigold Hotel,” a charming tale of a motley crew of jarring pensioners, deciding to live their last days in Dev Patel’s embellished paradise resort in India. The stellar cast also included Judi Dench, Tom Wilkinson, Bill Nighy, and Maggie Smith in a whimsical story that really reminded you of this fantastic ensemble’s collective talents.

By mid-April, all eyes (and Facebook statuses) were focused on the annual Coachella Music Festival near Palm Springs. This year, due to popularity, the bands repeated over two separate weekends, and the Hollywood set descended on the desert in droves.

The neighborhood surrounding the festival is filled with satellite parties and events that are the hot tickets, so all the scenesters, hipsters, party people and those with FOMO (including yours truly) head out east to take in the vibe at the various hotels and mansions, even if they have no tickets for the main event, whose standout acts seemed to be a holographic Tupac and Radiohead.

On the party scene, the Neon Carnival after-event was again hotly-tipped and a tough guest list, and of the day parties, the Guess Hotel provided a comfortable solace of food, cocktails and party tunes, with gifted branded poolwear, sunglasses and headphones, whilst Lacoste again provided a fun atmosphere, pre-ruined by an unorganized and obnoxious door policy. Music festivals in the UK are definitely hard to beat – if only we had the Californian weather.

I wound down the following week with a premiere of Rudolf Buitendach’s “Dark Hearts” thriller, about a bloodthirsty artist who discovers his successful medium of choice, a great watch if the dark and mysterious is your bag.

This was followed by a celebration on getting my US Visa reapproved (so I can stay here and party on your behalf) thanks to my fantastic immigration lawyer Gil Brito, and a chilled ending sampling the various treatments at the Burke Williams spa on Sunset Boulevard before the extremely busy, social and British week ahead…. 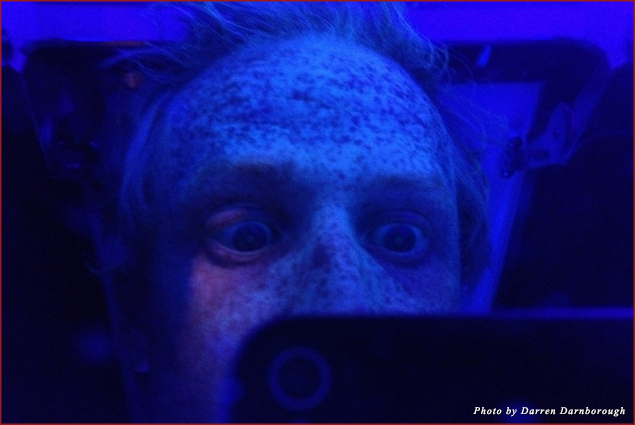 Britweek is a yearly fixture in LA, now in its sixth year, and is actually two weeks of events, happenings and focus of British contribution to California and vice versa. Conceived by Nigel “Popstars/Idol” Lythgoe and former Brit Consul-General Bob Pierce, events are planned for fashion, music, art, film, shopping and charity.

As I am on the host committee, naturally I got to enjoy and organise a fair few. Official Britweek events are interspersed with expat community-encouraged occasions, and so it was a hectic but rewarding fortnight. 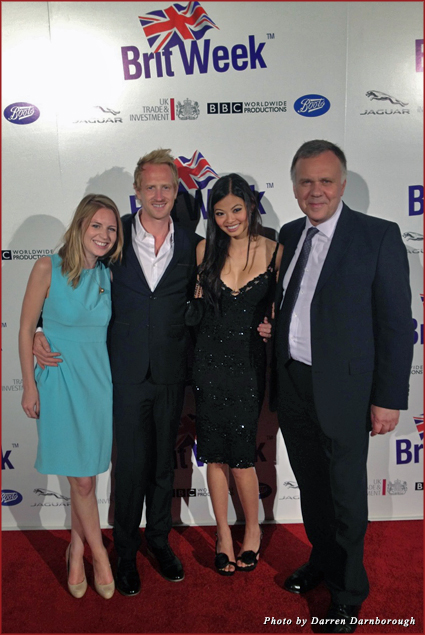 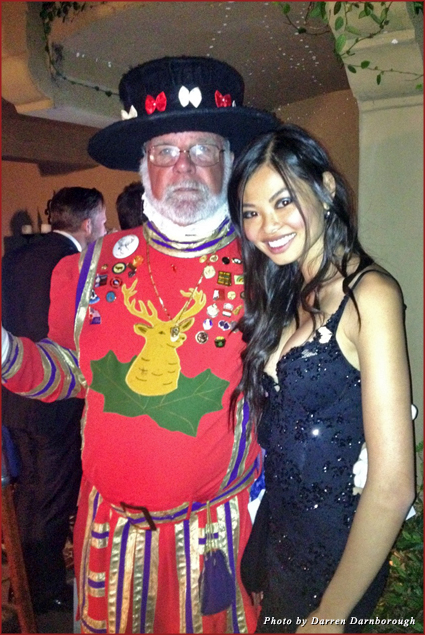 Some of the highlights were the decadent red carpet launch party at the residence of Patricia Heaton in Hancock Park, where we drank fine wines, ate miniature versions of traditional British fayre, chomped Green & Blacks chocolate, played croquet, and hobnobbed with stars and dignitaries including Mischa Barton, the Rev. Jesse Jackson, Ross King, Matt Goss, Dame Barbara Hay, and had fun in the Boots-sponsored photo booth dressing up in bowler hats and canes, whilst actors dressed in steampunk garb paraded throughout. Gift bags also supplied by Boots contained a generous array of their No 7 brand, including a glycolic peel and various creams, which I used to beautify myself for the impending launch of UK Cue.

This new magazine focuses on British film, TV and theater on both sides of the pond, and NYC founder Larry also runs the 20-year-old Walford Gazette (about of course EastEnders).

We toasted his launch fittingly with a pint of real ale and some finger food at the British & Dominion Social Club during Orange County’s monthly EastEnders meet-up, which played my episode from a while back where I mug Dot Cotton (yep, the US is a littttle behind on schedules!). It was great meeting all the group there, and felt just like a proper working men’s club. 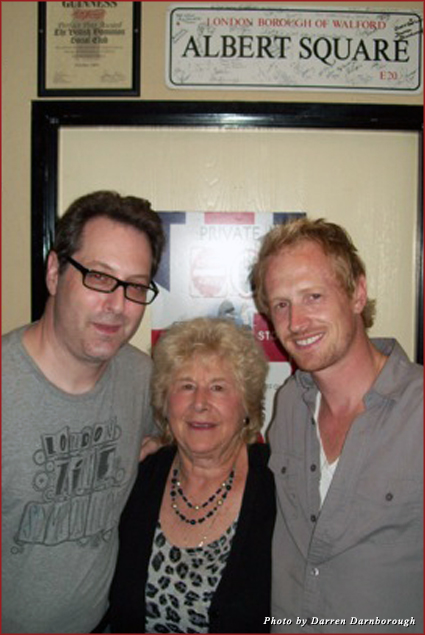 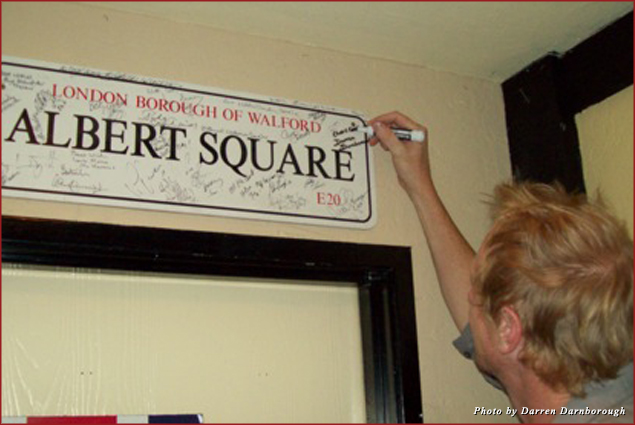 Britweek continued with some stand-up theatre by Showbiz hack Sandro Monetti and his hilarious show “Clooney, Cowell, Pitt & Me,” where he recounts some lesser-known personal experiences with top stars, and a few celebrity crushes. The downtown art battle by T4C pitched transatlantic street artists against each other using a Jaguar car hood (bonnet) as the canvas. The Variety-sponsored BAFTA Film and TV Summit offered insightful tips and stories from such Brits-done-good as “Hugo” producer Graham King and “Downtown Abbey” exec Gareth Neame. 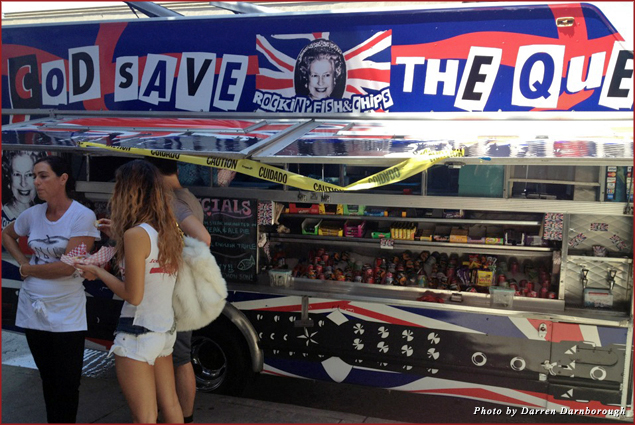 Fish and chips on the go was enjoyed by new food-truck “Cod Save The Queen” (best in LA so far) and my personal baby of the week, the launch of Essensuals London salon in LA, for which we threw a lavish affair spread between the ballroom and panoramic rooftop of the London hotel.

In conjunction with GenLux magazine, this Britweek event hair-fashion show curated by Essensuals London model-turned-entrepreneur Kiera Smith was a definite hit, followed by a spectacular after party on the roof with Moreno Sparkling Wine, Zenify drinks, award-winning desserts by Sweet Arleen’s, and guests left content with gift bags featuring cut and style at Essensuals, a designer tie by Gemelli, scarves by Max C and LA Car Guy merchandise.

Fashion was the theme with the models wearing Skingraft and host Kiera looking stunning dressed in Leiluna. An exhausting but hugely successful Britweek came to a close at the Gala dinner at the Beverly Wilshire Hotel, where Jackie Collins turned the interview mic on Piers Morgan, and Katherine Jenkins sang before the auction which fetched funds for Children’s Hospital Los Angeles. Jaguar and Virgin Atlantic sponsored the festivities, whilst spa favorite Champneys donated the gift bags. 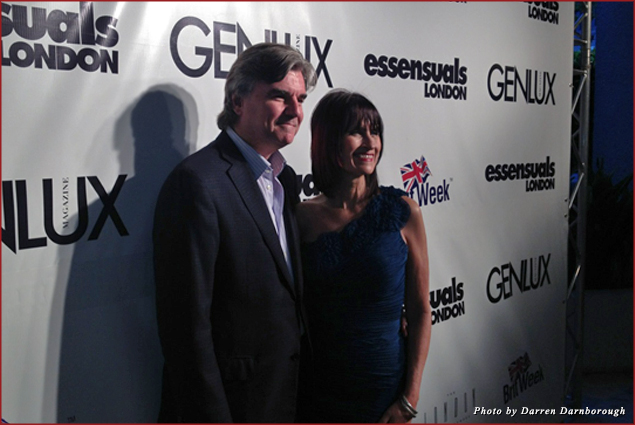