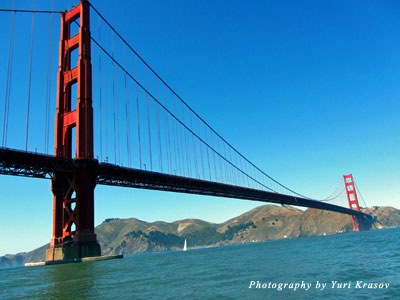 The water of the San Francisco Bay can be bottle-green in the sun, and lapis-blue in the shade of the Golden Gate Bridge. The other side of Alcatraz Island is like the other side of the moon. It can be seen from the water only if you traverse close enough to observe the ghosts of former penitentiary administration buildings and the remaining posted signs warning “persons procuring or concealing escape of prisoners” about the dire consequences. 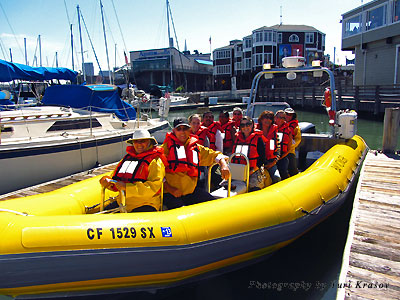 Bay Voyager is the newest kid on the block that operates RIB (rigid inflatable boat) tours all over the bay. On our maiden voyage, a group of San Francisco reporters was treated to an educational tour by the company owner, Captain Charles Jennings, who comes from a family with 300 years of maritime history, and has served as first officer on the Hornblower cruises among his many other jobs at the sea. 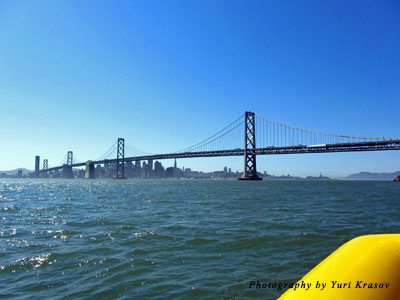 Our boat was a bright-yellow 28′ Northwind Custom RIB built in Seattle, WA, by Northwind Marine. The small size, maneuverability, and higher speed of the vessel similar to those used by Navy Seals allows for unprecedented discoveries around the City by the Bay, its bridges, islands, and docked historic ships. 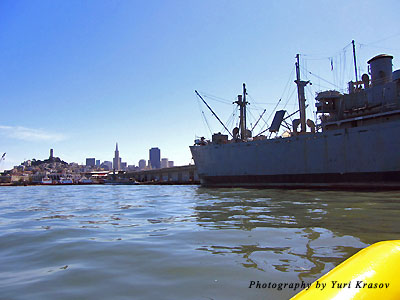 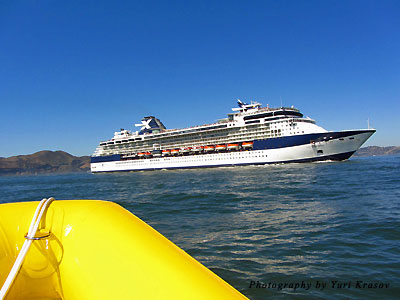 Within the next 15 minutes, we encountered a Celebrity Cruises vessel making a stop in San Francisco. 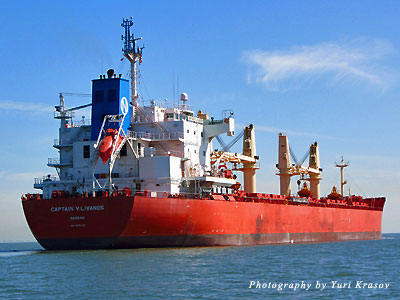 Beyond the Bay Bridge we saw the Captain V. Livanos, a massive cargo ship from Nassau, ready to anchor at the Port of Oakland. 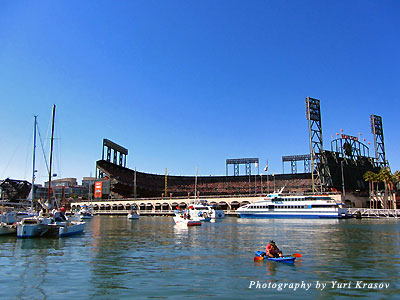 On our trip, we cruised around Yerba Buena Island with its picturesque lighthouse over massive cliffs; sailed past young and curious sea lions resting on a buoy with a tolling fog bell; and drifted by the AT&T Ballpark in time for the last in-season game by the San Francisco Giants.

Bay Voyager offers several trips that can be reserved for groups of four to 12 on different days of the week. There are Bay Highlights, cruising past the San Francisco downtown area, Marina and North Beach; Bay Hopping, adding Alameda/Oakland estuary and the USS Potomac (FDR’s presidential yacht); and 49 Mile Bay Crossing, expanding to the four major bridges in the San Francisco Bay and around two lighthouses. 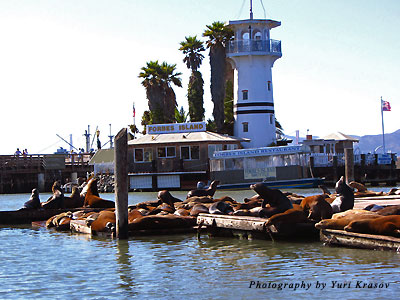 Returning back, there are other views to behold – man-made Forbes Island and the famous Pier 39 resident sea lions.

For reservations and additional information, please call (510) 542-4200 or visit their website.