Black, White, and Silent—The Artist Is a 21st-Century Hit 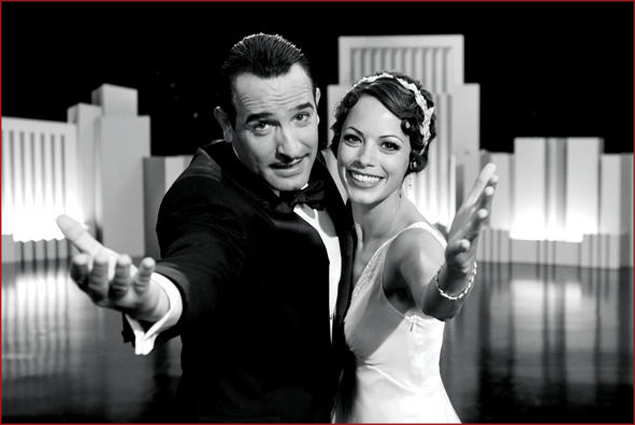 The Artist, a French film now distributed in the US, seems to complete the life cycle of cinematography as we know it before the brave new world of 3D tactile and olfactory experiences becomes omnipresent and fully substitutes the silver screen.

With The Artist, the tenth muse is looking reflectively in the mirror to connect the image of her humble-yet-glorious beginning with its contemporary revival, even if for one fleeting moment.

The most democratic art, the most accessible entertainment, the most popular pastime in history is reliving its glory in this black-and-white silent film about a silent film star in 1927-1932 Hollywood, first cruelly removed from the scene by the talkies, and then gently restored by Love.

The film, written and directed by Michel Hazanavicius, and starring Jean Dujardin and Bérénice Bejo, is an immense pleasure to watch, and a sentimental journey of the best kind.

The leads are surrounded by an amazing array of supporting actors—John Goodman, Penelope Ann Miller, Malcolm McDowell, and others. Dujardin, who plays George Valentin, won the Best Actor Award at the 2011 Cannes Film Festival, The Artist received Best Picture, and Hazanavicius received the Best Director award from the New York Film Critics Circle.

Even the canine actor, Uggy—a dog the staunchest cat person would want to have by her side—won the Palm Dog Award at the Cannes.