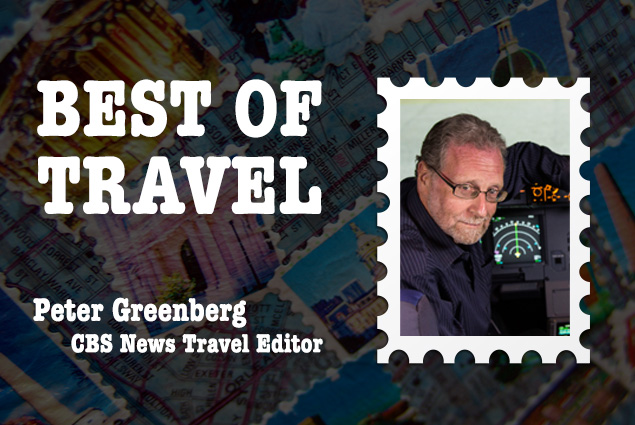 The Travel and Adventure Show heads to the Bay Area in California February 7-8 for two days of discovery, discussion, and delight. One of the keynote speakers at this weekend’s show is Peter Greenberg, a multiple Emmy Award winning investigative reporter and producer, who inspires travelers with his tales of jet setting around the globe and his travel advice. We caught up with Peter to get more of his expert insight.

Q: Are you a last-minute traveler or do you spend time planning the perfect trip?

A: I am a firm believer that one of the worst five-letter words in any vocabulary is “plans.” In my line of work I don’t often get to plan ahead. But the bottom line is that, at least in my experiences, my fondest, lifelong memories of my travels were a result of when the plans didn’t work.

A: There have been a few. I was in London in 1989 when the Berlin Wall was about to come down. I raced to the airport, jumped on a plane, and landed in time to get a hammer and chisel and be a part of that amazing party. I’ve got more…. The key to great travel is to be spontaneous without being irresponsible.

Q: Would you rather take a guided tour of a new city or explore it on your own?

A: If it’s the right guided tour—with an experienced guide who has great local knowledge—I have no problem going the guided route. It’s the best possible appetizer. Then I give myself enough time at the end of the tour to revisit some of the special places.

Q: What advice would you give to someone who is new to international travel?

A: First, get a passport—now. Second, use it. Third, take the list you’ve had since sixth grade of where you’ve always wanted to go and throw it out. You should only have one list: all the places you’ve never been. And then, get started!

Q: Is there anything you’ve wanted to learn how to do while abroad (cooking class, dance lessons, etc.) but have not yet done so?

A: There are about 20 places in the world I’d like to live. I’m now living in six simultaneously. I need to learn how to do the impossible—live in all 20!

Q: Where is the most unusual place you’ve stayed when traveling?

A: A nuclear submarine.

Q: What is the strangest cuisine you’ve eaten, in the US or abroad? Did you enjoy it?

A: Aboriginal grub in the outback of Australia—and I hated it.

A: I’ve been deported. Does that qualify?

Q: Would rather take a vacation at a beach, in the mountains, or in a city?

A: I need to be on or very near the water.

A: Eliminate the worst four-letter word in your vocabulary, “fear.”

See Peter and the other headlining speakers this weekend at the Bay Area Travel & Adventure Show—get tickets for just $9 with the promo code “JETSET”!