Barcelona, Catalonia: A City Full of History and Attractions 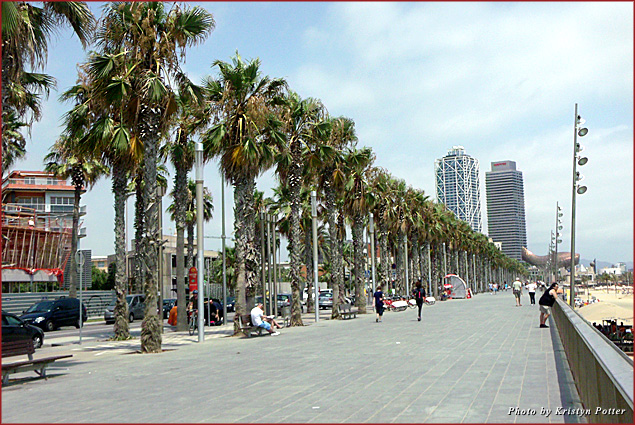 My summer journey to Ibiza has to be one of the most adventurous and spontaneous moments of my entire life. On a quiet afternoon I sat in my flat in London, reluctantly reading about logic auditing for my management course and watching music videos on the 4music channel. Suddenly, an important update flashed on the screen and a 4music channel host announced Swedish House Mafia were breaking up. Like any normal person would do, I Googled different news sources to confirm the news.

Once I learned the announcement was in fact true, again like any normal person, I Googled the upcoming shows of the group, now on their final tour. The shows in England were either festival shows that were sold out or too far for me to travel alone—which is ironic, let me add. I did, however, find a few shows in Ibiza, Spain, that the group planned to do during their summer residency at Ushuaia. I grabbed my credit card and immediately bought concert tickets for Wednesday, August 1, in Ibiza for €80. Feeling accomplished, I went back to studying.

A few weeks before the concert I realized I had made no rational travel plans to visit Ibiza so I sat on the bed in my flat, watched 4music for a few hours, and planned out my trip. I decided I would fly to Barcelona using a budget airline, hang out in Catalonia for a few days, and either fly or take the ferry to Ibiza in time for the concert.

Finding the hostels I would stay in was equally as nerve-wracking; all I had were a few pictures, a few user reviews, and a few euros left in my account (currently in pounds, which worked a bit better in my favor). I ended up using both Hostelbookers and Hostelworld to book my hostels in both Barcelona and Ibiza since the sites had different days of availability. I settled with Equity Point Centric in Barcelona and Hostel Giramundo in Ibiza, after countless searches for budget hotels, individual flats, and hostels nowhere near my location. (Recall that I had the concert and plane tickets already booked so by the time I searched for my hostel I had closed myself in a really small window of feasible and affordable opportunity). For an hour I conspired about how I could sleep on the beach without getting caught or haggled, but by the end of the day I had proper sleeping arrangements settled. 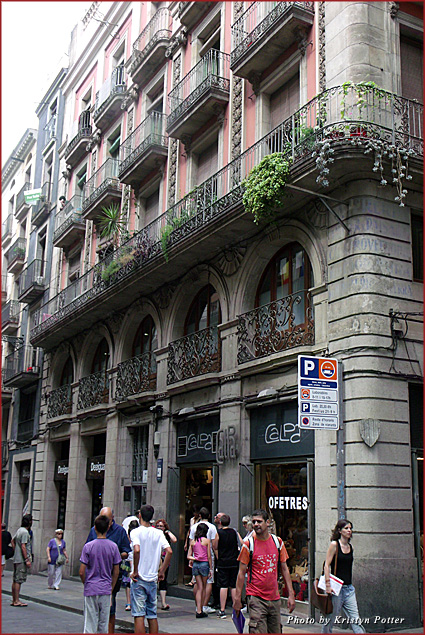 It was all so ridiculous—and livening—knowing I was going on my first solo trip to two different cities in a country I had never been to. Secretly, I loved the unexpected and uncharacteristic amount of courage and spontaneity I had.

A few days before my trip, I was neurotic and frantically messaged friends who had been to Ibiza, chatted up friends and classmates who had been to Barcelona, and wondered what on earth I had gotten myself into. The trip was a few days after my 24th birthday, which had proven to be embarrassingly unsuccessful due to the fact that most of my friends were in the States. To hell with it, I thought, this will be my thing.

A few hours into the trip and I was sitting at London’s Southend Airport in Essex, texting friends during my three-hour layover. I was dressed for Barcelona, ticket in hand and sandals on my feet, while extreme amounts of hail crashed atop the airport roof. It was the end of July in London, mind you. After hours of waiting and attempting to have a conversation in Spanish with a woman to no avail, we finally boarded the plane and my excitement rose once again. Unlike other trips I had gone on, I hadn’t done much preparation beforehand. Beyond asking my friends what to do in Barcelona, I knew little of the city, nightlife, restaurants, or even how to get around. I was determined to keep the spontaneity throughout the trip and quickly regretted that decision once arriving at El Prat Airport.

The man at the ticket booth complimented me on my straw hat and pointed ambiguously in the direction of buses that would take eager passengers to the city center, Plaça de Catalunya. Once on the bus, I sat near an Italian guy who asked me—in Italian—if I knew how to get to Plaça de Catalunya (Catalonia Square); I couldn’t tell whether to be confused or flattered and, even still, I’m a little bit of both. 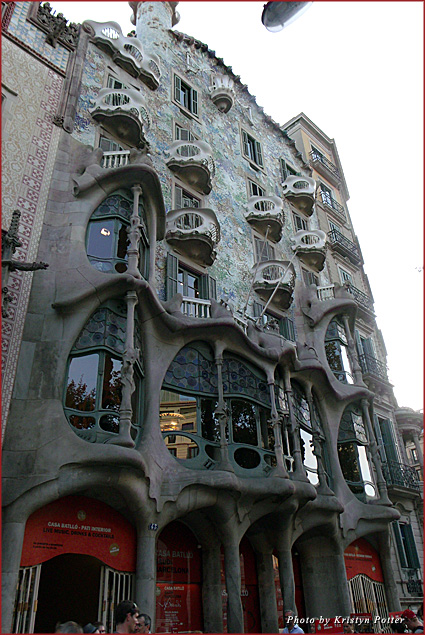 For those who are headed to Barcelona on a whim, I would highly recommend staying at the Equity Point Centric hostel on Passeig de Grácia, as the hostel has a computer to use, a decent breakfast, and a rooftop lounge area and sponsors day and nighttime excursions. The prices are very reasonable (I believe I paid around €30 a night), and everyone seemed to be really friendly.

My first night in Barcelona I headed to La Rambla for dinner, then back to the hostel, assuming I would just go to sleep early. However, I ran into a girl (Gretta, from Hanover) who decided it best to go out that evening to the night excursion the hostel had planned; we headed back to her room, met some people from Wisconsin and California, and put together €15 each for the pub crawl, which included entrance into three different bars, a free drink at each bar, entrance into a club, and a free shot at the club. It was brilliant—we danced the night away with fellow travelers, and I was happy I made friends in a new city so quickly. We made plans to meet up the next morning and go on the Gaudi tour the hostel was offering. Full of contentment, I went to bed.

The next morning I woke up half an hour before the requested time, quickly got ready, and headed to the reception area to meet my new friends. After waiting for half an hour, I realized my phone was still set on London time and I had missed my friends by exactly an hour. We hadn’t exchanged contact information—including Facebook names—so I had no way of getting touch with them. This was my last official day in Barcelona, as the next day I would be heading out to Ibiza, so I spent the time hanging out in the Barri Gòtic (Gothic Quarter).

On my way back to the hostel I ran into some Australian guys I recognized from the bar crawl the night before and asked them what they were doing. They were beginning a free Gaudi architecture day-tour offered through the hostel, and I quickly joined in on the walking tour. 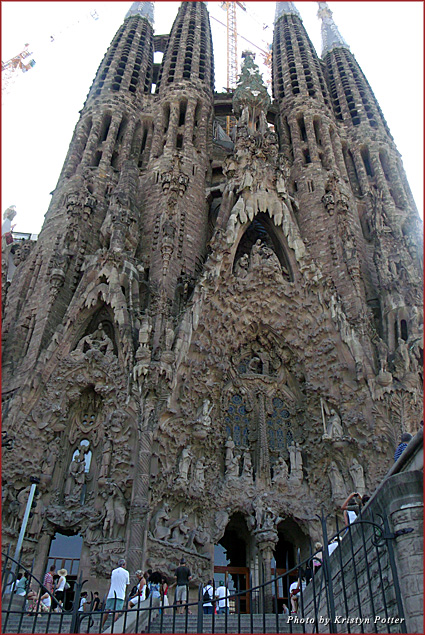 I highly recommend finding a walking tour of Gaudi architecture while visiting Barcelona, as it provides the opportunity to walk around and see different parts of the city and also allows you to see the cultural and artistic contributions of a highly esteemed Catalan artist. We visited Palau Güell, Casa Batlló, and Casa Milá and finished the tour at La Sagrada Familia. Unfortunately, the tour did not include Parc Güell as it was too far of a trek for all of us, and the majority of the people on the free tour, myself included, decided to hang around La Sagrada Familia for dinner or go inside the famous cathedral.

There is so much to do in Barcelona, and while I am happy to say I was able to do a majority of the tourist attractions, the beauty in the city is the history is rich and there are layers of attractions and interests for people to enjoy. I managed to spend some time at the Port de Barcelona, and I came close to visiting both the Olympic stadium and the football stadium, Camp Nou, but time didn’t allow for me to do as much as I could have. My trip to Barcelona was also my first holiday since I finished summer school in London, and a large part of the time there was spent relaxing, sipping cocktails, and eating as many tapas as my stomach could allow.

The trip to Ibiza, however, was far more eventful, as it was my last official trip before heading back to the States. On Tuesday morning, I headed to the Barcelona airport, boarded the plane to Ibiza, and mentally prepared for the ample amount of debauchery to follow.

Twenty-Four Hours in Barcelona A Cava Adventure in Spain