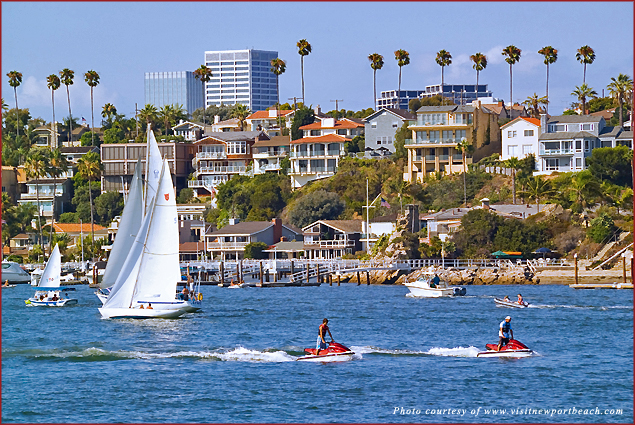 Sprawling Southern California is one of the most densely populated places in the U.S., but small-town America is just a 10-minute drive from bustling Orange County. Balboa Island is a quaint destination for a day trip or a romantic weekend getaway.

Grab a bite, stroll the shops on Marine Avenue, visit its broad beaches, cast a line from the pier, or ride the Ferris wheel and the bumper cars in the Balboa Fun Zone. 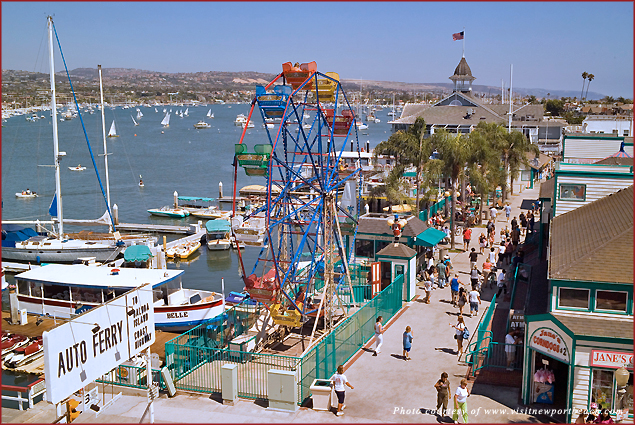 Balboa Island is a modern-day destination rooted in Southern California history. The man-made island was created in 1899 with material dredged from Newport Harbor. In 1905, the Pavilion was built as a bathhouse and terminal for the Pacific Electric Red Car line and was later converted to a dance hall. Another dance hall, the Rendezvous Ballroom, was built in the 1920s and was a regular venue for big-band and swing giants, including Glenn Miller, Benny Goodman, Nat King Cole, and the Dorsey Brothers. 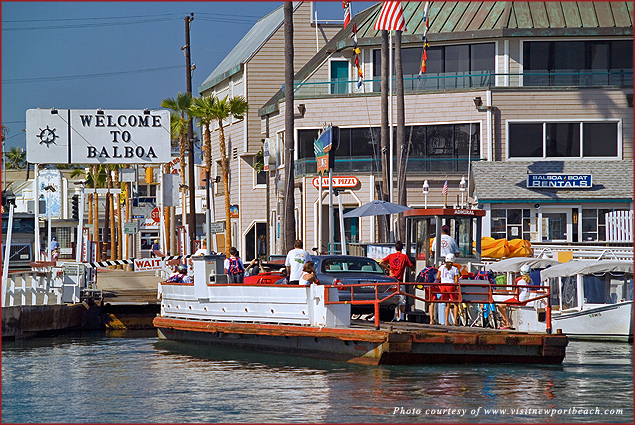 Although the island is connected to Newport Beach with two bridges, it’s far more fun to take the ferry. The family owned ferry has been carrying passengers, and later cars, to Balboa Island since 1909. The current fleet – three ferry boats named the Admiral, the Commodore, and the Captain – make the short 800-foot trip to the island every five minutes, more than 200 times per day. The fare is a bargain – $2 for a car and driver (passengers extra), $1.50 for bicycles and motorcycles, $1 for adults, 50 cents for kids 5 to 11, and children under 5 free.

There are two boat parades in Balboa Island each year – an annual cavalcade in early June that typically draws more than 100 vessels, and the Old Glory Boat Parade on July 4. The early afternoon 4th of July parade is followed by a sunset fireworks show in Newport Dunes. 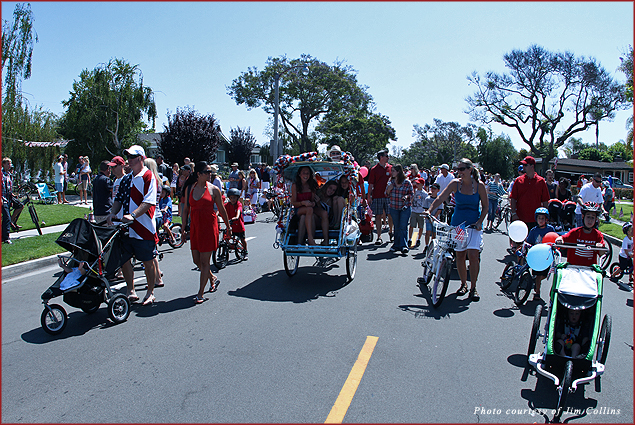 In July, don’t miss the Island Barbecue, a community event that starts at 5 pm in Beek Center Park on Agate Avenue near the ferry dock.

On October 28, 2011, catch Balboa Island’s fall concert on Marine Avenue. Locals and tourists alike preview their Halloween costumes and dance in the street to a local surf band.

For dinner, try Basilic Restaurant, 217 Marine Ave. This cozy six-table restaurant offers authentic French cuisine in an intimate setting. Plan ahead if you plan to visit on their once-a-month raciette night – reservations go quickly. Raciette is a type of cheese that is heated and typically served with potatoes, gherkins, onions and charcuterie.

Marine Avenue is lined with a variety of cute shops that carry children’s and adult clothing, gifts, candles, jewelry, and accessories.

Balboa Island is a fantastic day trip, but if you’d like to stay longer, check out the many vacation rentals available there.