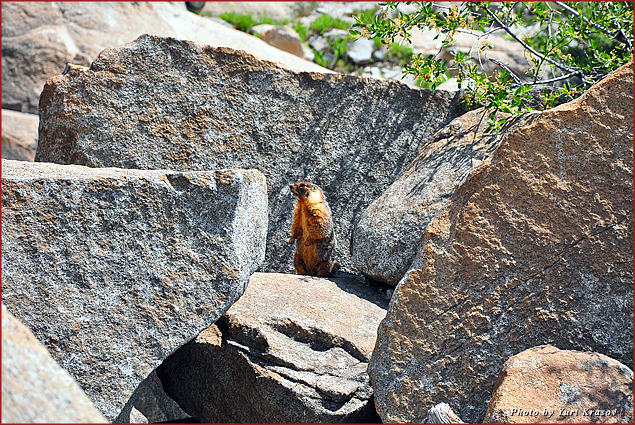 The A-minor Beethoven’s melody “La Marmotte” from my childhood piano repertoire was playing in my head all through the long car ride home from Sequoia National Park where my husband and I spent a thoroughly enchanting weekend:

“Ich komme schon durch manches Land,
Avec que la marmotte”
(“I wandered many distant lands,
My marmot was with me” – my own translation).

Goethe’s lyrics, changing from German to French, implied a gentle Savoyard, a boy-wanderer, a street performer with tenderness toward his pet marmot. Intrigued, I asked my music teacher back then how the marmot looked. She said, “Like a squirrel.”

That was not true. 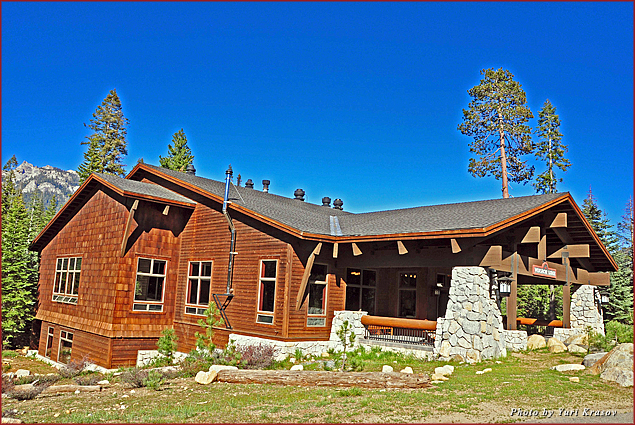 Finally I met my marmot face to face, and discovered that it was larger, fluffier, redder, and much more curious and industrious, and perhaps more intelligent, than your regular gray squirrel. In Sequoia National Park, fat long-tailed marmots take positions around granite boulders along the trails waiting for picnickers. The park administration warns against feeding wildlife, and seasoned park regulars like to relay stories about marmots ripping sandwiches out of the hands of exhausted tourists, attacking baby strollers, and gnawing on car tires. 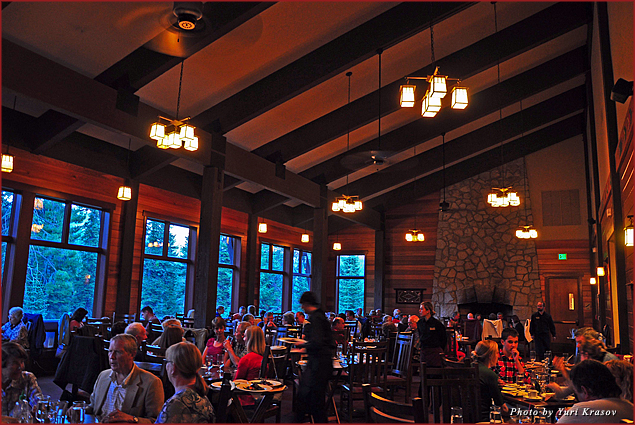 We did our part by bringing only water to the trail, and having our meals in the place where we stayed – Wuksachi Lodge – an oasis of luxury and indulgence at 7,000-foot elevation in the midst of the wild mountainous forest. From the wood-and-stone central building of the lodge – home to The Peaks restaurant, a swanky little bar, and a cute gift shop – pedestrian trails lead to the serene cottages of Wuksachi Village, paved parking lots, and nearby meadows. Bear sightings have been reported around the lodge, and there are about 500 bears in the entire enormous park, but they usually mind their own business, shy away from people and, if not provoked by food left in cars and other foolish human actions, cause no harm. 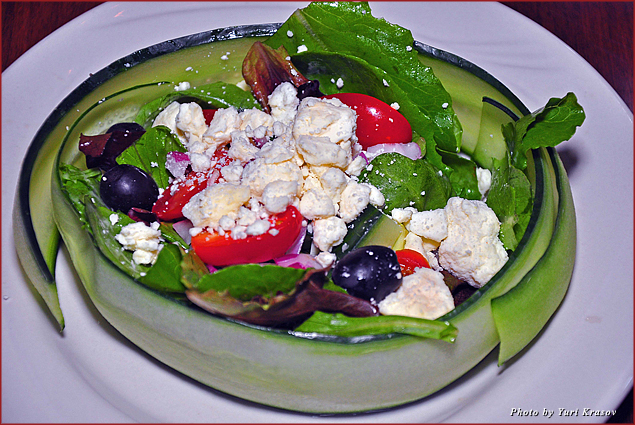 On the night of our arrival, weak after a five-hour ride from San Francisco, we were ready to consume about anything, but our dinner at The Peaks turned out to be a real treat.

Bartender Travis White was mixing some very inspired cocktails, and his lemon-basil emerald potion tasted like a soothing elixir for a tired traveler. 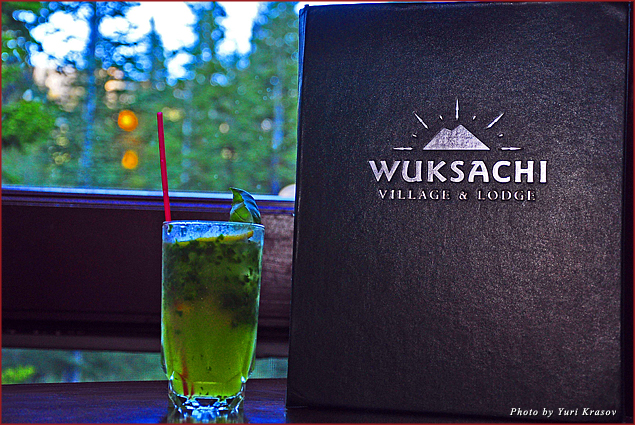 Soon after dinner the sun disappeared behind the mountain ranges, and the dark sky opened up like a treasure chest of sparkling diamonds. We joined an astronomical evening program, Wonders of the Night Sky, offered by the Sequoia Field Institute to lodge guests.

Our guide took a large group of adults and children to a dark meadow, where she was pointing to the familiar constellations and retelling ancient legends about Big and Little Dipper, Scorpio, and Sagittarius.

We had big plans for the morning, and retired early. Our clean and cozy room in one of the three-story cottages was decorated with humorous dancing bear paintings by William Holbrook Beard, which seemed especially fitting and had its calming effect on me. That night, in the midst of an endless forest with roaming bears and preying marmots, I slept like a baby. 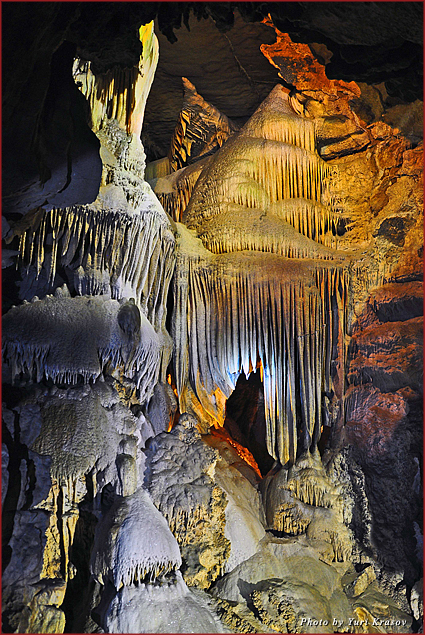 Our morning adventure started with an amazing tour to the Crystal Cave, provided by the Sequoia Natural History Association guide. There are more than 200 protected caves in the park, and Crystal Cave is one of them, created by a marble chasm within a mountain. Smoothed and polished by underground streams, water-soluble marble morphed into phantasmagorical multi-layered structures resembling snow-covered pines, swaying curtains, and crystal chandeliers. Giant stalactite icicles and stalagmite pyramids are very fragile, therefore unguided tours to the Cave are not allowed.

After leaving the cool and dark Cave we were heading to the sun-warmed Moro Rock – a large granite dome in the Giant Forest area. About 400 conveniently spaced-out steps lead to the top of the rock, so no actual climbing is necessary. The views that open up are simply breathtaking with silvery mountain tops, blue canyons, and the sea of green pines and sequoias of the Great Western Divide between Sequoia National Park and Kings Canyon National Park. 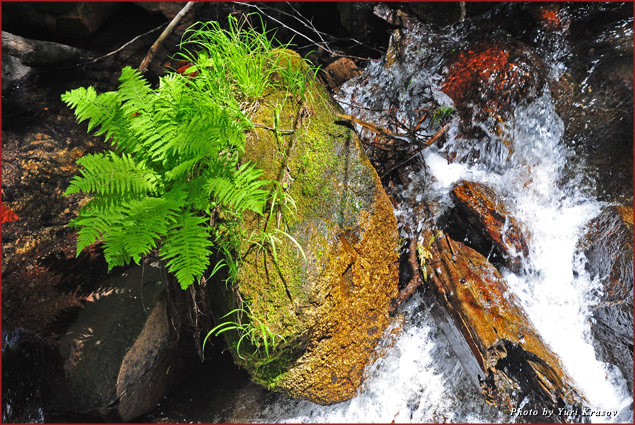 In the afternoon, we made another short and enticing route to Tokopah Falls, where the majority of my personal [historic] marmot encounters were taking place. A 1,200-foot waterfall – one of the longest in California – is formed by Marble Fork Kaweah River, whose crystal-clear waters cascade down and float sparklingly along the vast granite planes.

The trail to the waterfall is exceptionally beautiful. It runs among the various coniferous trees and low-growing flowers, like brilliant blue larkspur, fuzzy pussy paws, and bright-pink carpets of yellow-throated gilia.

The next day, we joined a group tour with a local company, Sequoia Sightseeing Tours. While it is always nice to roam the park on your own, many of its top attractions are scattered around and are rather far from each other. Besides, it is easier to navigate the winding mountainous roads with a local driver/guide who spent his whole life in the area and knows it so much better than any visitor. 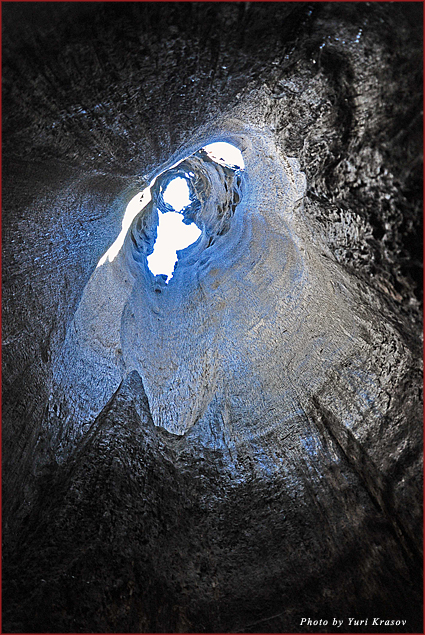 During out tour we visited the Giant Forest and the largest live tree in the world, the General Sherman Tree. This majestic unbelievable sequoia reaches 275 feet and weighs approximately 1,385 tons. It is believed to be 2,100 years old, and still growing.

While wandering through the grove of giant sequoias, I had a feeling that instead of water I just had some shrinking potion, and like Alice in Wonderland became no bigger than a mouse, clambering from one humongous tree root sticking out of the ground to the next.

By the time our weekend at Sequoia National Park was over, I knew why this oldest national park in California, founded in 1890, continues to attract millions of visitors every year, and why all its guidebooks are written in superlatives.

To book overnight accommodations at Wuksachi Lodge, and for more information, call (866) 807-3598 or go to their website.