Art, Fashion, and Food in Florence 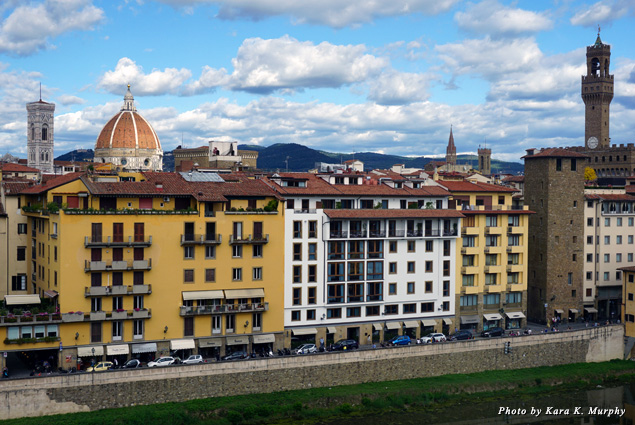 Our train pulled into Florence on a sunny afternoon. We’d originally planned to be there earlier in the week, but the forecast called for downpours, so we revised our itinerary at the last minute. We were happy to have done it as there were no rain clouds in sight. We grabbed our luggage and headed out of the Santa Maria Novella train station to catch a taxi.

A short ride later, we arrived at Hotel Lungarno, located right on the Arno River and just off of the Ponte Vecchio. The hotel offers amazing views and a welcoming atmosphere in a traditional yet stylish setting, something you’d expect from a property owned by the Ferragamo family. In addition, the hotel also boasts an impressive art collection. Not to be missed: the original works by artists including Pablo Picasso and Jean Cocteau that decorate the lobby lounge. 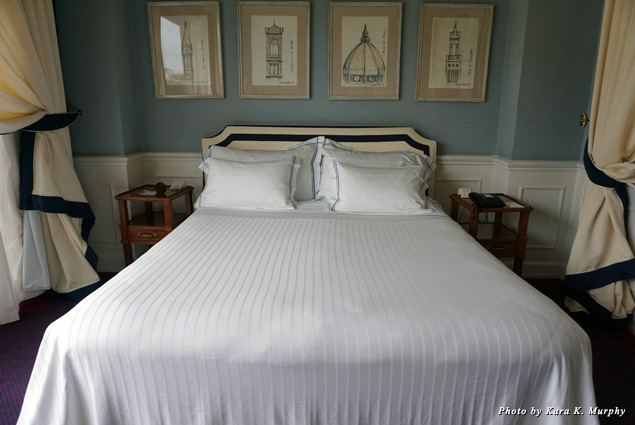 We had tickets to visit the Galleria dell’Accademia a couple of hours after our arrival, so we had just enough time to check in to the hotel and shed some layers. It was much warmer there than in Venice. On the way to the Accademia we stopped for gelato at Gelateria Santa Trinita, known for its black sesame flavor. It was delicious, but it didn’t beat out Old Bridge, a small gelateria near Vatican City, for our favorite gelato in Italy. 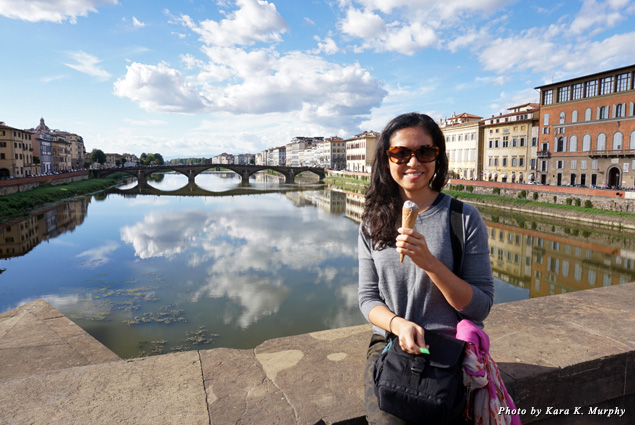 If you visit Florence and want to go to the Accademia, be sure to buy tickets in advance online. They do sell out, and the museum is a must-see while in Florence. The most famous sculpture in the gallery is Michelangelo’s masterpiece, “David,” completed between 1501 and 1504. Standing 14 feet tall, the incredibly detailed marble statue represents the biblical hero in a contemplative pose before slaying Goliath, which had never been seen before. Up until then, all representations of David depicted him after slaying the giant, basking in his triumph. 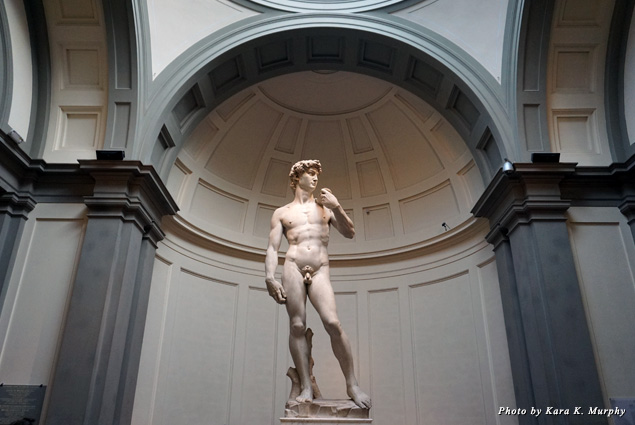 After seeing the Accademia, we did some shopping. Florence is a shopper’s dream, with everything from high-end retailers and local shops to open-air markets including Mercato Centrale and Mercato Nuovo. When visiting the markets, be sure to bargain and be wary of imported leather goods. One of my favorite places to shop in Florence is a glove shop called Madova. The quality is top-notch, and they make all of their gloves in a factory located right in Florence. 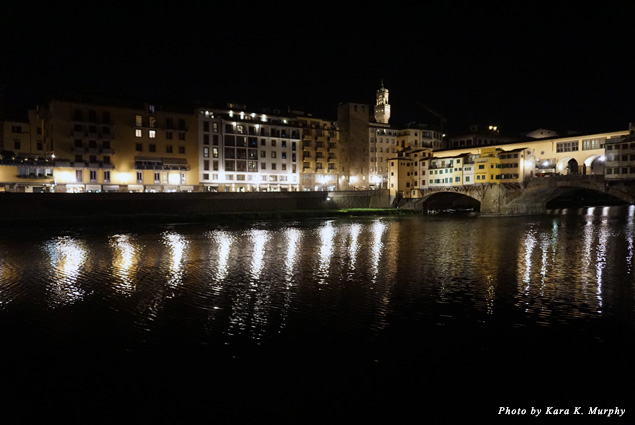 After a long day of traveling, sightseeing, and shopping, we went back to Hotel Lungarno for a good night’s rest. Plush bedding, a quiet room, and a view of lights twinkling on the Arno—it was the perfect respite. The next morning we went down to the lobby for breakfast. There were some typical items, including scrambled eggs, pastries, and potatoes, but what really blew me away was the yogurt section. It was packed with every topping you could think of, not just granola but also goji berries, fresh figs, and a lot more. It was a dream.

Loaded up on food, we headed back out to explore. Highlights on the list for the day: the Duomo and the Uffizi Gallery Museum. I could write entire posts dedicated to each of these alone. Both are musts as well! 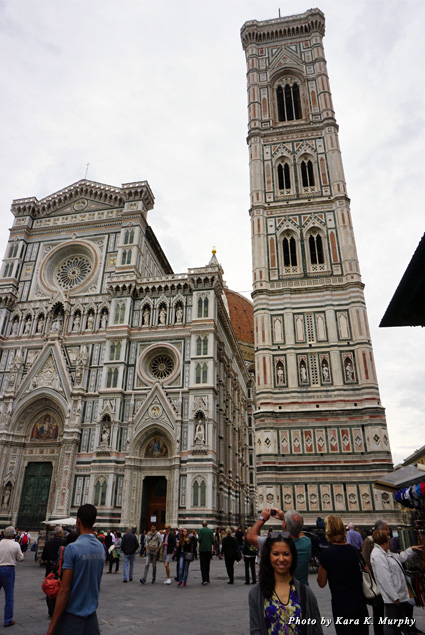 Another highlight of the trip was La Giostra, hands down one of my favorite restaurants on the planet. I first visited in 2011 and was overjoyed to go back. Run by a Hapsburg prince and his sons, the dimly list restaurant is located in a 16th-century building that used to house a carousel in the winter months. If you visit, make a reservation, and order the taglierini with black truffles and the cheesecake. You won’t regret it. 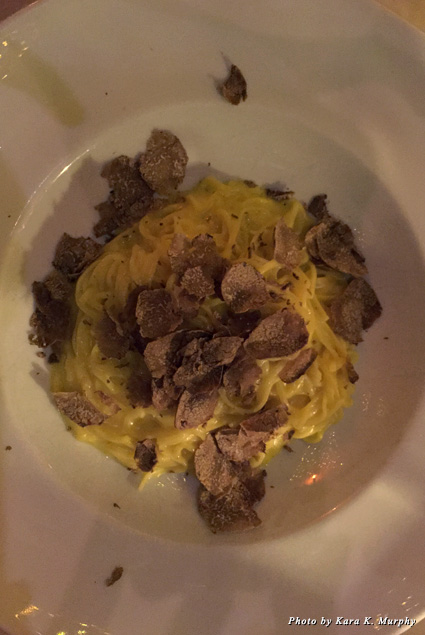