An Easy Way to Get Cheap Crabs 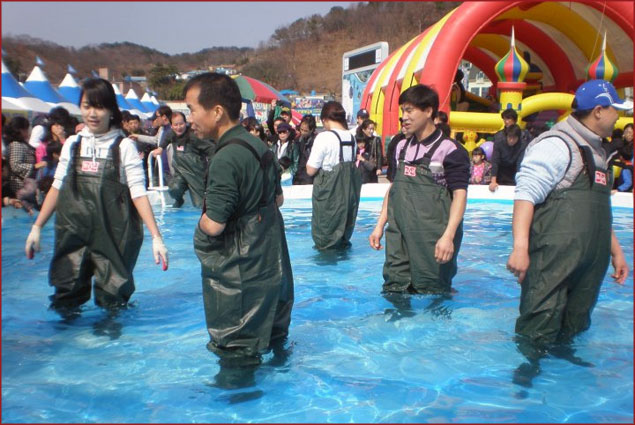 Every year in late February to early March, there is a Snow Crab Festival held in Uljin-gun. 2010 marked the festivals 11th anniversary and provided many memorable moments to all who attended. Uljin-gun is about a 5 hour bus ride south of Seoul (traffic permitting) and is located on the East Coast of Korea. The region is primarily known for its small fishing villages, and this festival allows locals and travelers alike to come and enjoy the town’s main source of notoriety: snow crab. 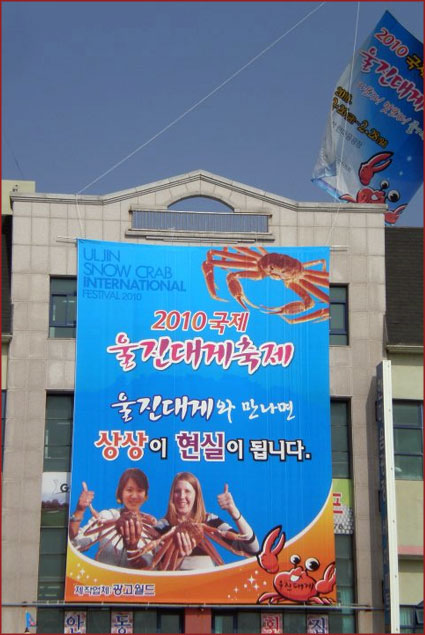 The actual festival is located in Hupo Harbor, a small port into the East Sea (about an hour from Uljin), with the clearest water I have ever seen. When looking down, you can actually see crab along the bottom of the sea. Having just spent the last few years in Boston, MA, where beaches are known to get shut down from time to time because of contamination, this was a real treat. 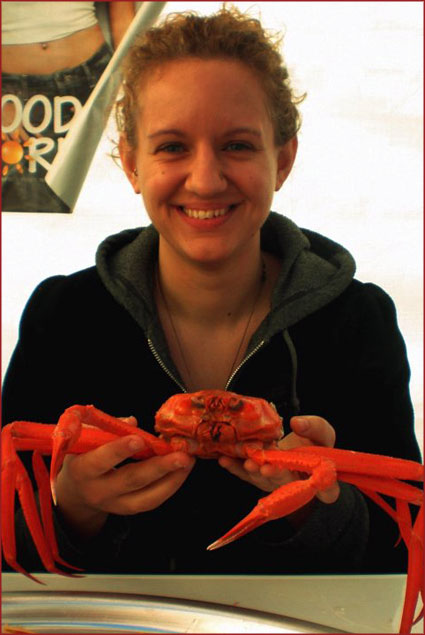 This year the festival was three days and ran from February 26th-February 28th. Every day provided different attractions, but the main focus on everyone’s mind was finding some delicious snow crab. During the festival, fresh crabs are sold at relatively cheap prices, approximately $10 per crab. Unlike America, Korea does not just serve the crab legs. Instead, when your food arrives, you are given an entire crab to eat. Our waitress explained as best she could which parts of the body to eat and which to avoid. She also introduced us to Korean Crab Soup (I don’t actually know if there is a name for it) which consisted of the juices from the crab’s body and rice mixed in the crab’s shell. It wasn’t the worst thing I’ve tried while staying here, but I definitely enjoyed the crab itself more. 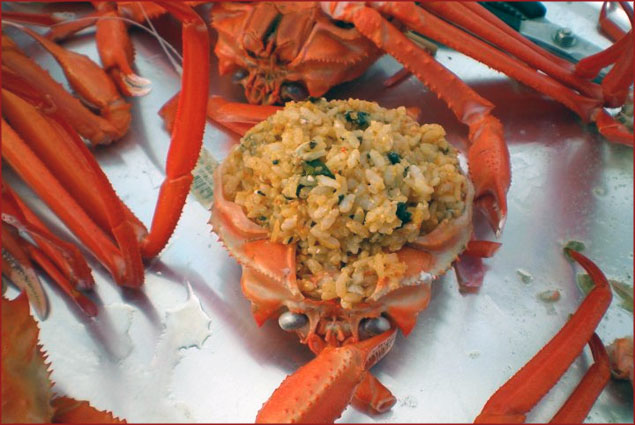 Besides devouring some crab meat, there were also many side attractions. There was an attempt to break the Guinness World Record for largest kimbap (Korean style sushi). There was also an ajumma (a term used to refer to older Korean women) tug of war and some type of game in which people went into a pool of water filled with fish, picked up one of those fish, pretended to take a bite and then exited the pool. Try as I might, I was unable to figure out the purpose of this game, but I do know people walked away with a live fish (to each his own). 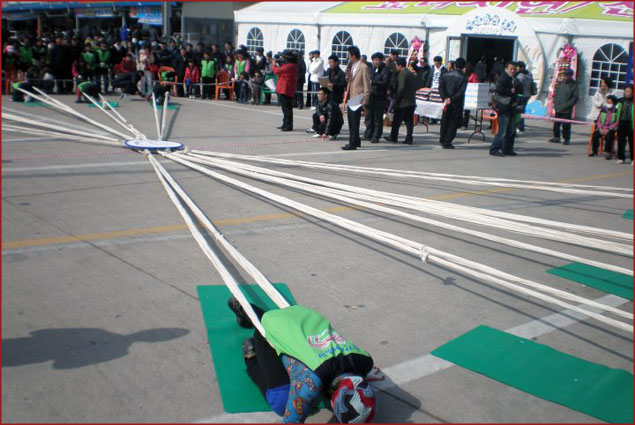 All in all, I considered the festival to be a very unique experience. I enjoyed being able to see the countryside of Korea. It was very beautiful and I am excited to return in a few months for the upcoming Cherry Blossom Festival (located throughout Korea between March-May).