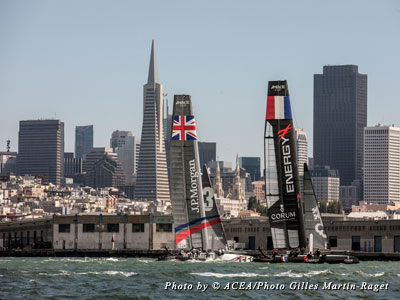 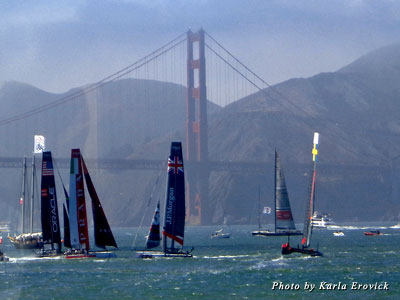 San Francisco presented a picturesque backdrop for the AC 45 sailboats, where spectators watched the races happening right offshore, a first for the sport. Record crowds viewed the drama unfolding at the AC Village at the Marina Green, St. Francis Yacht Club, and the defending club, Golden Gate Yacht Club. 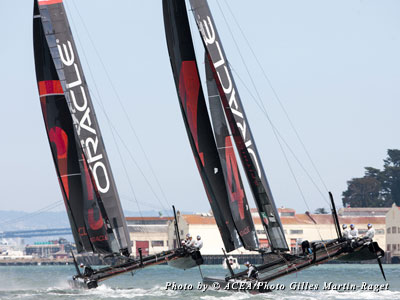 The World Series included match racing and fleet racing with unpredictable conditions. A spectacular crash of Oracle Racing‘s Couts team early in the fleet race on Friday surprised everyone, but he went on to win the match racing against stable-mate Oracle Spithill with a one-second lead during the final day of racing on Sunday. 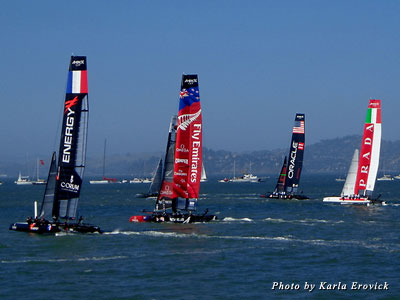 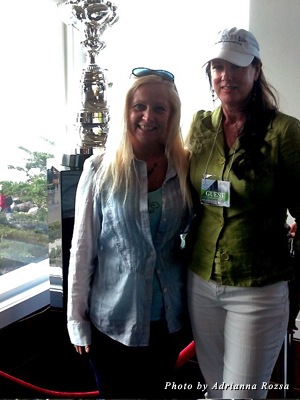 The races were broadcast locally on network television and on YouTubeglobally. Giant screens displayed the race at the AC Village and at the special events. Only the Golden Gate Yacht Club, hosts for the America’s Cup, had the silver trophy on display for members to enjoy. The America’s Cup is the oldest sporting trophy in the world, read about its 161 year history. 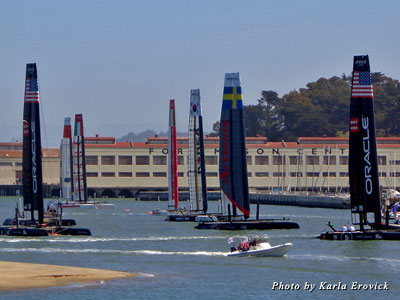 Details: Racing will resume in San Francisco for the AC World Series regatta on October 2-7, 2012, as a warm-up to sailing’s most prestigious races – the America’s Cup in 2013. Visit America’s Cup website for more information. 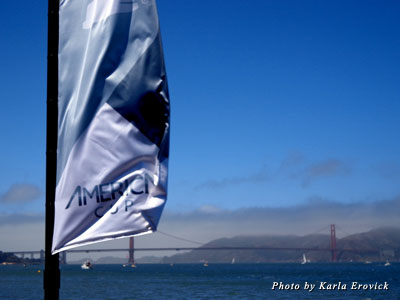