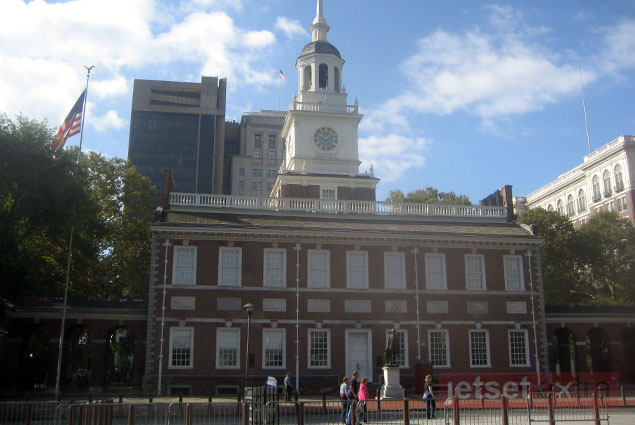 Philadelphia. Philly. The City of Brotherly Love. Whatever you call it, Philadelphia has a lot to offer travelers. The largest city in Pennsylvania—and the second largest city on the East Coast—was founded in 1682 by William Penn with intent for it to serve as capital of the Pennsylvania Colony. Philadelphia’s refined age is reflected throughout the city, in the intricately designed buildings and in curved roads carved by horses hooves and coach wheels.

One of my favorite ways to see a city—especially one full of so much history—is to be led by a local. Sure, exploring on your own can be fun, too, but seeing the sights with someone who knows and loves his or her city is a great way to go. We were fortunate enough to have just the guide, in the form of one of Mike’s friends from college. Amar picked us up at the airport and took us immediately to South Street, where we devoured a cheesesteak from Jim’s Steaks and washed it down with gelati from Rita’s Italian Ice. Welcome to Philadelphia. 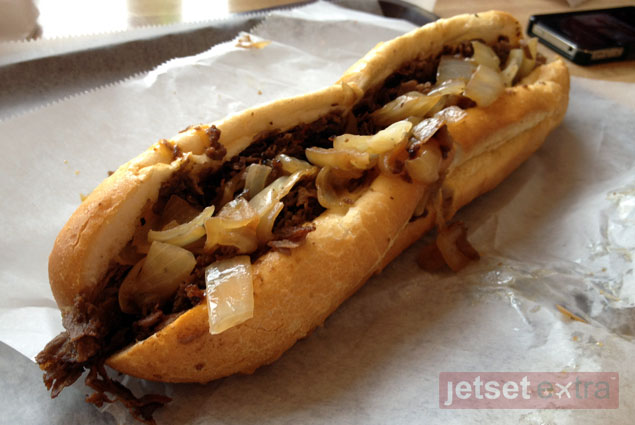 Next, Amar led us to LOVE Park, officially known as John F. Kennedy Park, where the famous LOVE Statue designed by Robert Indiana resides, providing the perfect Kodak moments for visitors. From there we made our way down Benjamin Franklin Parkway to another Philadelphia icon: the Philadelphia Museum of Art.

Along the way, we passed museums, green spaces, and churches as Amar played tour guide. My favorite of his anecdotes was one about the William Penn statue that tops Philadelphia City Hall. Legend has it the city’s beloved sports teams became cursed when the 1987 construction of the One Liberty Skyscraper exceeded the height of Penn’s post atop the building. This was the first time a structure had risen higher than the founder’s gaze—an apparent no-no. The curse was broken when, in 2007, workers fixed a statuette of the William Penn figure to the final beam at the highest point of the Comcast Center, the new tallest building in Philadelphia. A year and four months later, the Philadelphia Phillies Major League Baseball team won the 2008 World Series. 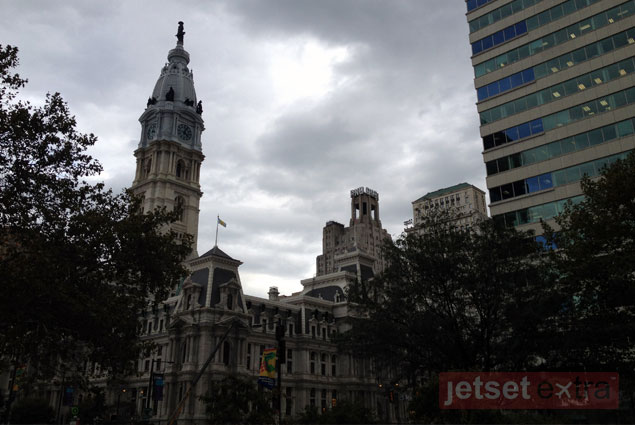 Besides a wealth of historical monuments and museums (the Liberty Bell and Independence Hall are definite must-sees), Philadelphia is also home to thriving food and nightlife scenes, charming neighborhoods, and enthusiastic sports fans. Whether you have a day or a week to spend in the city, here are a few spots to consider for your to-do list:

Home of the famous “Rocky Steps” (named for their appearance in 1976 American sports film “Rocky,” as well as four of its sequels), the Philadelphia Museum of Art has more than 227,000 pieces of American and European paintings, prints, drawings, and other objects on display. It is one of the largest museums in the United States and is visited by more than 800,000 art lovers each year.

I particularly enjoyed the collection of European art from 1850 to 1900 and drifted entranced from painting to painting as names such as van Gogh, Monet, Cézanne, and Renoir caught my eye. The collection of European art from 1100 to 1500 was also quite remarkable, especially the presentation of the “Fountain from the Monastery of Saint-Michel-de-Cuxa” by an unknown French artist, which was placed in the center of the gallery beneath a ceiling painted to look like the sky. Not only was the 12th century fountain a beautiful one but also the setting seemed to transport me from a museum in Philadelphia to a monastery in France. I could have spent a whole day solely at the museum, taking in each piece by impressive piece. 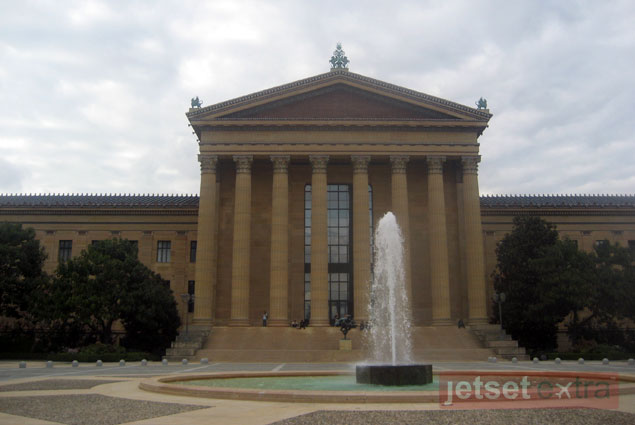 Evoking the spirit of Benjamin Franklin, the Franklin Institute features three floors of interactive exhibits, live demonstrations, and three theaters, with the hopes of inspiring an interest in science and technology. The museum got its start in 1824 as the Franklin Institute of the State of Pennsylvania for the Promotion of the Mechanic Arts, which honored Franklin and helped further develop his inventions; in 1934, the Franklin Institute Science Museum opened its doors as one of the first hands-on science museums in the country. Today, in addition to Philadelphia’s largest IMAX® screen and two flight simulators, other top exhibits include Electricity, Sports Challenge, Space Command, and the ever-popular walk-through Giant Heart.

At the Barnes Foundation, you’ll find one of the finest collections of 19th and 20th century French paintings in the world. Founded in 1922 by chemist Albert C. Barnes, the museum opened in a new building on Benjamin Franklin Parkway last year. There are more than 2,500 objects on display, including 800 paintings by Impressionist and Modernist masters and other leading European and American artists.

The former Barnes residence in Merion, a suburb of Philadelphia, is still open to the public and boasts more than 3,000 species of woody plants and trees in a 12-acre arboretum.

I was particularly intrigued to see Eastern State Penitentiary and was not disappointed. The spooky-looking building is guarded by intimidating gargoyles and massive stone walls. It looks as if it should be encircled by a moat and have a drawbridge at its entrance.

Opened in 1829 on a stretch of farmland, the penitentiary was operational until 1971 and held notorious criminals including Willie Sutton and Al Capone. Now a US National Historical Landmark, the prison refined the system of separate incarceration, which focused on reform instead of punishment, and became the model for more than 300 prisons around the world. Now, visitors can tour Death Row and what was once Capone’s cell, as well as view critically acclaimed art installations. 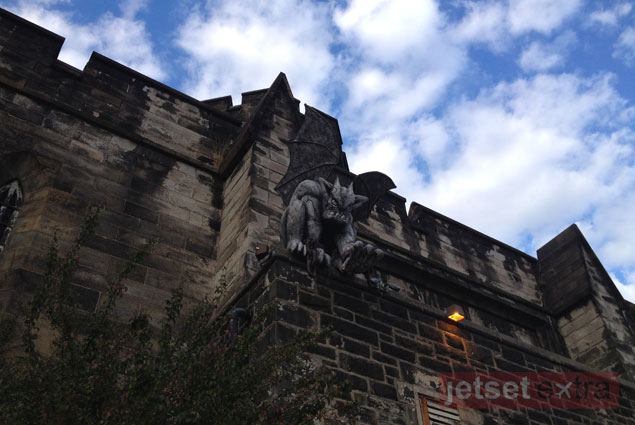 History buffs will love the National Constitution Center, the only non-profit institution devoted to the US Constitution. The interactive museum explores the four-page document through the theatrical production “Freedom Rising,” as well as through more than 100 hands-on and multimedia exhibits. Signers’ Hall replicates the Assembly Room in the Pennsylvania State House (now called Independence Hall) with 42 life-sized bronze statues of the 39 delegates who signed the Constitution and the three who dissented. In addition to other featured exhibits, beginning in the fall of 2014 the National Constitution Center will display one of the 12 surviving copies of the Bill of Rights.

This sacred site for book lovers houses many of the world’s greatest literary treasures, including a major manuscript of “Canterbury Tales,” the handwritten manuscript of James Joyce’s “Ulysses,” Lewis Carroll’s own first-edition copy of “Alice in Wonderland,” and work by “Where The Wild Things Are” author Maurice Sendak. The museum also displays letters written by George Washington and Abraham Lincoln and diaries and traveler’s accounts from early American explorers. In addition, book illustrations and decorative arts collections are on view within the 19th century townhouses.

DiBruno Bros. is an authentic, gourmet Philadelphia cheese shop and eatery at Rittenhouse Square in the heart of Philadelphia. (A stroll through Rittenhouse Square itself is definitely recommended.) At this location, find cheese from all around the world as well as Italian deli items and a premier upstairs café. It’s a good thing I had already eaten when I entered this store or else I would have been tempted to purchase way more than I could fit in my carry-on.

In addition to Rittenhouse Square, DiBruno Bros. also recently opened the Market at Comcast Center, which serves as the centerpiece of the market in Philadelphia’s tallest building. The family-owned and -operated market’s original storefront still stands at 930 S. 9th Street in Philadelphia’s Italian Market. 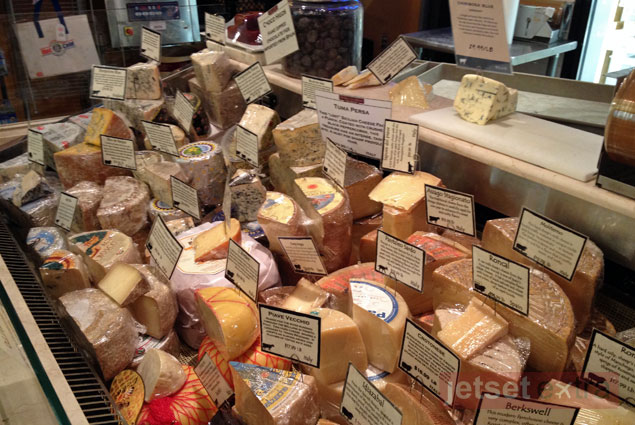 Philadelphia is a very diverse city, and Reading Terminal Market reflects the variety of cultures and food items that make it unique. Find farm-fresh produce, hand-made pottery and jewelry, Amish specialties, and fresh meats, seafood, and poultry in this indoor marketplace. Eclectic restaurants serve locals and visitors alike while vendors peddle flowers, cookware, crafts, and baked goods. On a Sunday afternoon, the place was abuzz with lively conversation and aromatic smells, providing the perfect place to get a feel for the city. 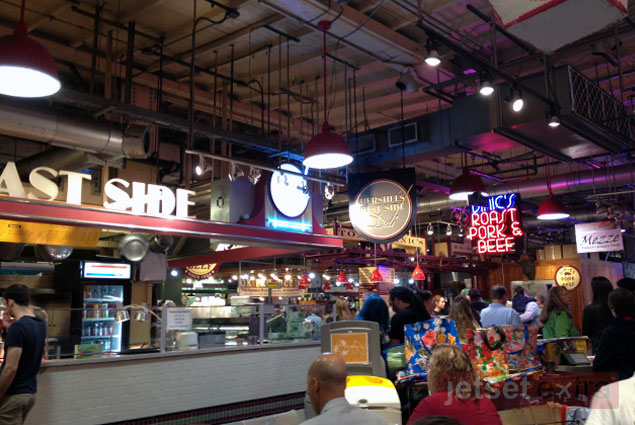 America’s first zoo features nearly 1,300 animals from around the world, including lions, tigers, leopards, and pumas at the award-winning First Niagara Big Cat Falls. Additional highlights include rare and endangered birds in the tropical rainforest flyway of McNeil Avian Center, an orangutan family at PECO Primate Reserve, and a Rare Animal Conservation Center. There’s also a Reptile and Amphibian House, with giant tortoises, crocodilians, and the King Cobra; a Small Mammal House, home to aardvarks, vampire bats, and meerkats; and a children’s zoo that features chickens, ducks, and miniature horses.

See the city via trolley with this hop-on, hop-off option that stops at 21 locations throughout the city. The 90-minute tour is fully narrated by professional tour guides. Visitors can board the trolley outside the Independence Visitor Center.

If a double-decker bus is more your style, take a tour with the Big Bus Company. This transportation option is also hop-on, hop-off and offers 21 stops.

A special thank you to the Greater Philadelphia Tourism Marketing Corporation for providing a media VIP pass to use during my visit!