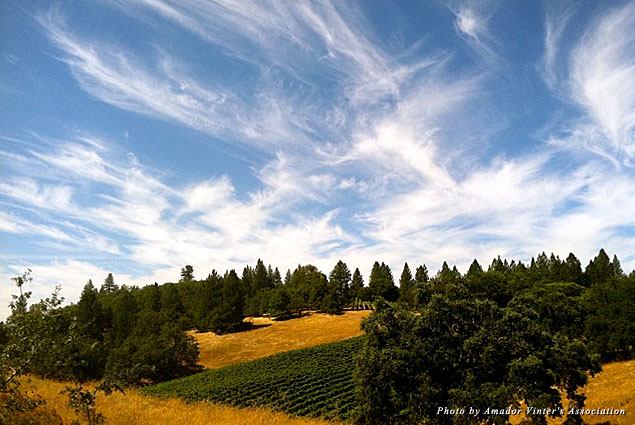 Many visit Amador for its history, the rugged beauty of the Sierra Nevada Mountains, rushing rivers, and winding mountain roads. Increasingly, however, epicurean travelers come for Amador’s award-winning wines from the Shenandoah Valley.

Amador produces some of the most interesting wines in the world due to its terroir, a unique combination of rocky soil and warm temperatures that gives Amador wines their distinctive flavor. Amador wine country sits atop the Sierra Foothills, veined with country roads that offer travelers some of the most beautiful country in the United States. 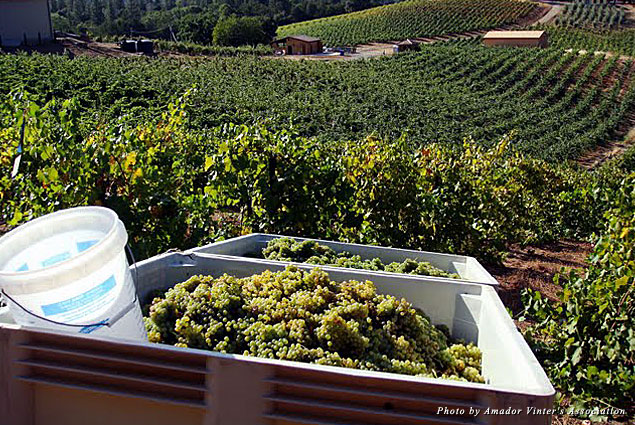 Visiting Amador wine country is friendly, unpretentious, and laid back. It’s also a great value. In many wineries tastings are free, and Amador wines provide a lot of value for the money. Although there are a few large wineries, most of the wines from Amador County come from small, family-owned wineries.

Amador is a great weekend trip. When you base yourself in one of Amador’s historic hotels or B&Bs, you can plan a weekend around local attractions and exploring Amador’s old towns—all a short drive from wine country.

The Birth (and Rebirth) of Amador

Amador’s first wineries arose in 1849 when European immigrants discovered that wine grapes thrived in the Sierra Foothills. By 1880, Amador had more than 3,000 acres of grapevines and thrived until Prohibition closed all but one of its wineries. By the 1970s, Amador had declined as a source for low-quality jug wine.

Amador wines were revived due to the rediscovery of Zinfandel, a red grape that grows only in California. Zinfandel arrived in Amador in 1852, thrived in the Sierra Foothills, and became the wine of choice in the Gold Rush and one of the most widely planted grapes in California.

During Prohibition, many Zinfandel vineyards were destroyed. Fortunately, Amador maintained several old Zinfandel vineyards dating to 1890 or earlier. Amador’s abundance of Zinfandel grapes, combined with its complex raspberry and spice flavors, enticed a new generation of winemakers in the 1960s who ultimately made Zinfandel California’s signature grape varietal. 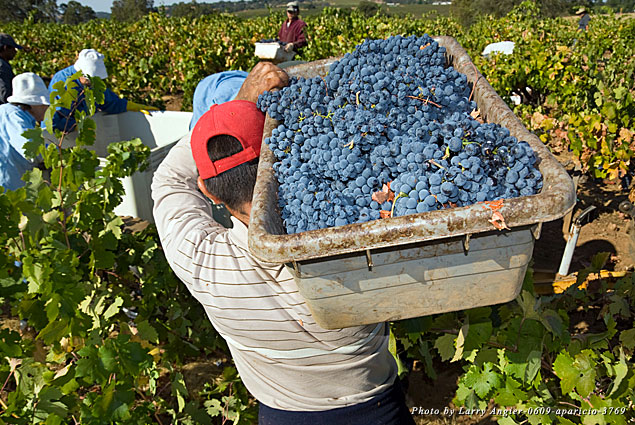 It began when Bob Trinchero of Sutter Home Winery in Napa Valley tasted Amador Zinfandel for the first time in 1968. He was hooked and decided to produce wine from Sierra Foothills grapes. A few years later, Sutter Home developed White Zinfandel, a major success that put Amador on the map.

In 1970, Montevina Winery became the first post-Prohibition winery in Amador County. Throughout the 1980s and 1990s, new wineries sprang up and Amador shed its status as a backwater wine region. The Shenandoah Valley is now home to forty different wineries.

Amador may have developed its reputation around Zinfandel, but Amador winemakers have branched out over the past 20 years and now produce wines from grape varietals originating in France, Italy, Portugal, and Spain, offering red, white, and rosé wines as well as excellent ports and dessert wines.

Into the Shenandoah Valley

Begin your visit at the Amador Vintners Association in Plymouth, in the heart of Gold Country on Highway 49. Pick up a wine country map and chart your course along Amador’s easy to navigate wine country roads. You can also visit the Amador Council of Tourism website and use its handy Itinerary Planner tool.

Stop for lunch at the award winning Taste Restaurant on Main Street in Plymouth. Taste’s menu evolves with the seasons and features fresh foods and ingredients. The restaurant serves lunch Saturday and Sunday from 11:30 p.m. to 2 p.m. and dinner Thursday through Monday. 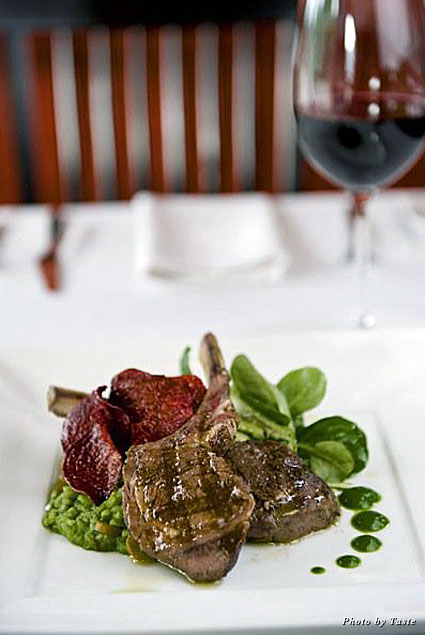 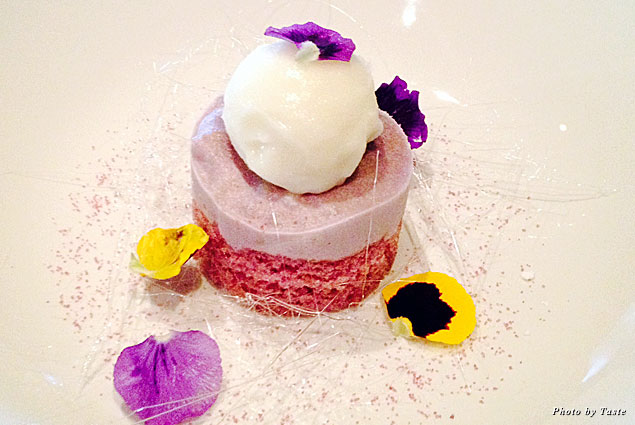 Another lunch option is Andrae’s Bakery and Cheese Shop in nearby Amador City, a great place to assemble a picnic lunch with freshly baked breads, pastries, and sandwiches. Andrae’s has a selection of domestic and foreign cheeses, charcuterie, and gourmet goods.

After lunch, meander toward the wineries clustered a few miles to the north. Distances are short in Amador, so you can cover a lot of ground. Below are several notable wineries and tasting rooms worth a visit:

Amador 360 Winery Collective is a tasting room in Plymouth off Highway 49 that specializes in boutique, hard-to-find Amador wineries that have no tasting rooms. The collective offers 10 wines available for tasting and can ship nationwide. 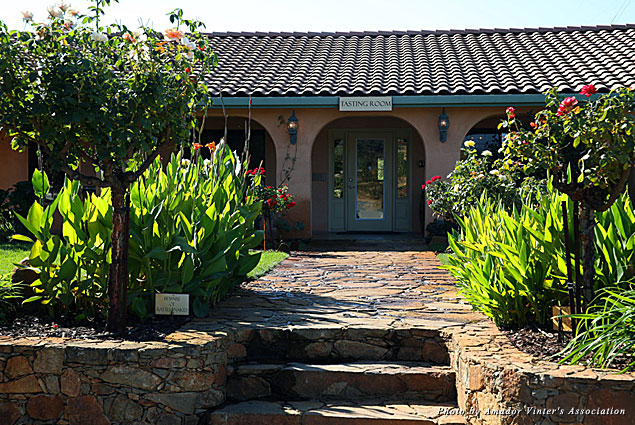 Driven Cellars is a modern winery with an old twist: an array of vintage cars, trucks, and tractors that ring the facility. Opened in 2003, Driven sits on a hilltop with one of the best views in Amador. The winery produces a range of wines, including reds such as Primitivo, Zinfandel, Barbera, Tempranillo, and Petite Sirah, and whites such as Pinot Grigio and Viognier. 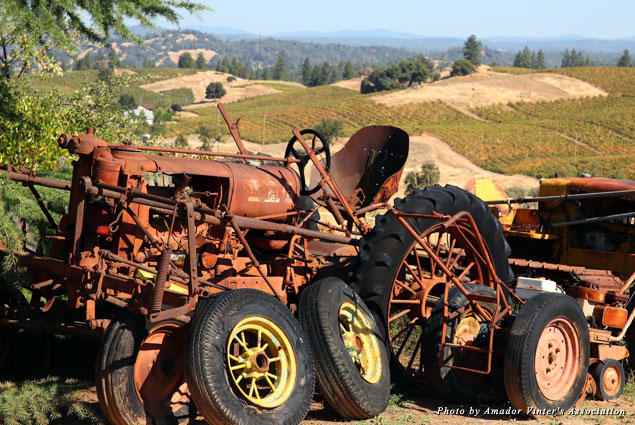 Feist Wines is located in Amador City in an old Gold Rush-era saloon and offers tastings of its Rhone varietal wines, including Viognier, Syrah, Mourvedre, and Grenache, as well as Chardonnay, Pinot Grigio, and Zinfandel. 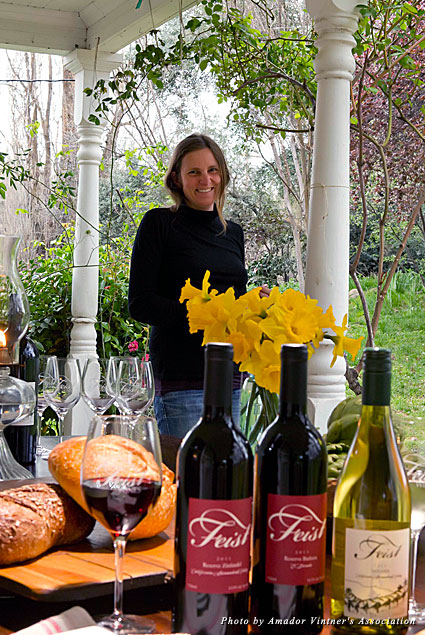 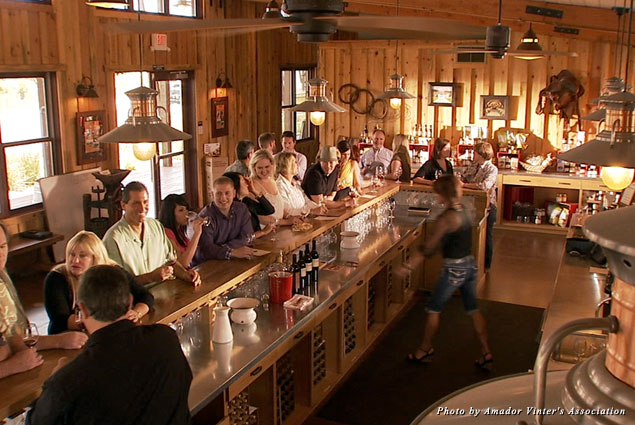 A recent arrival, Helwig boasts a new, state-of-the-art winery with a unique wine cave system. The new tasting room is a great place to taste a range of exciting wines, including several made from Rhone varietals (Syrah, Marsanne, and Viognier), several wonderfully complex Zinfandels, and a big, bold Barbara that sells out quickly.

Make sure to check out Helwig’s outdoor amphitheater and summer concert series.

Karmère Vineyards and Winery is a true family winery where all vineyards are named after the women in the family—the daughter, granddaughters, and daughters-in-law. Karmere produces full-bodied reds, including Barbera, Syrah, Zinfandel, and Nebbiolo.

Founded in 1993, Renwood/Santino has undergone a few incarnations and is now one of the larger wine producers in Amador. The winery focuses on Zinfandels, including Grandpere Zinfandel, sourced from the oldest documented Zinfandel vineyard in California, and produces Rhone varietals (Viognier, Syrah), Sauvignon Blanc, Pinot Grigio, port, and a handful of dessert wines.

Sobon Estates is a reincarnation of the historic D’Agostini Winery (founded in 1856). Launched in 1989 by Leon and Shirley Sobon, Sobon Estates is one of Amador’s most successful wineries, producing vineyard-designated Zinfandels, wines inspired by France’s Rhone region, and dessert wines. The winery also has an Amador wine history museum on site.

Sutter Creek is home to a handful of tasting rooms, including BellaGrace, Scott Harvey Wine, and Yorba Wines.

Founded by Bill Easton, an Amador trailblazer, Terre Rouge and Easton combines a portfolio committed to Rhone varietals such as Syrah, Mourvedre, Roussanne, and Viognier that thrive in the Sierra Foothills with a portfolio comprised of non-Rhone wines including ancient and old-vine Zinfandel, Barbera, Cabernet Sauvignon, and Sauvignon blanc.

Vino Noceto is a winery that has built a reputation for producing wine from Italian varietals, especially Sangiovese, made in several different styles. Also check out its Barbara, Pinot Grigio, and Zinfandel and enjoy the comfortable picnic area overlooking the estate vineyards.