As I drive the two-lane winding road, Sacramento skyscrapers fade from my rearview mirror. The earth soon turns ruddy red, and lonely fences stretch into the horizon. Strip malls are replaced by tall grass, rolling hills, and valleys. On the horizon a group of cattle walk lazily homeward as a gray fox lifts its head a few yards from the highway. 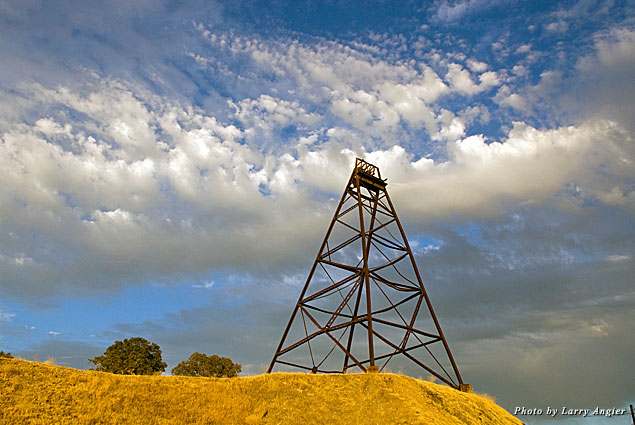 Amador is a place to slow down. The destination lacks in cosmopolitan diversions but amply compensates with great food, a world-class wine country, quaint old towns, the rugged beauty of the Sierra Nevada Mountains, rushing rivers and winding mountain roads, and outdoor pursuits and leisurely retreats.

And, best of all, Amador County is an easy two-and-a-half hour drive from San Francisco.

It all began on the fateful morning of January 24, 1848, when James Marshall, a carpenter and sawmill operator, was foraging around a stream that ran beside Captain John Sutter’s flourmill in what is now Coloma, California. Marshall noticed a glimmer in the stream, stopped, and thrust his hands into the icy waters of the American River. 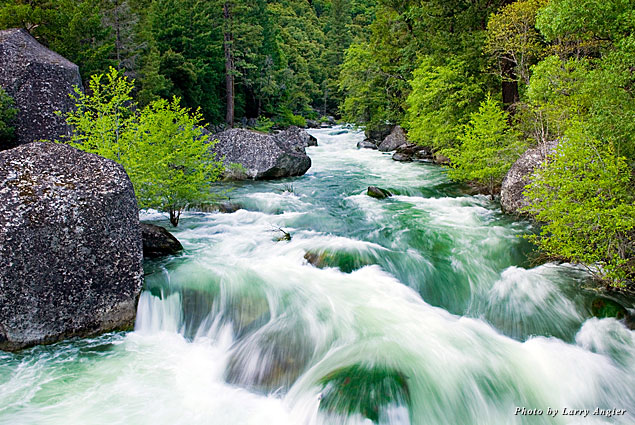 I have found it, Marshall exclaimed. Gold!

Word traveled fast, due in part to John Brannon, an entrepreneur who later became a millionaire selling miners supplies at his general store. Brannon carried the news to San Francisco, waving a vial of gold and crying, “Gold from the American River!” 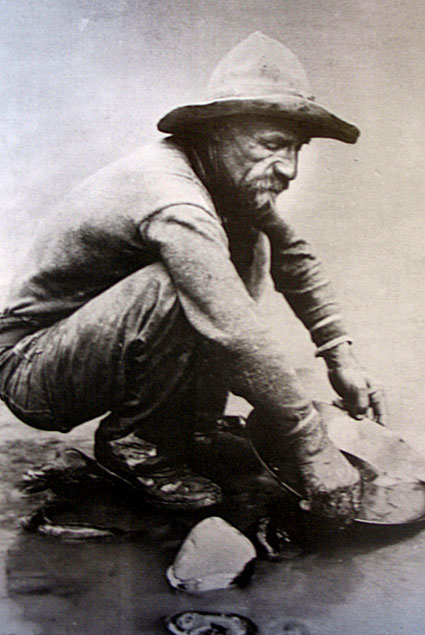 Saloons emptied, workers dropped their tools, and the world rushed in, transforming a rural land of Native Americans and trappers into an international mix of fortune seekers. In less than a year, the Sierra slopes were dotted with ramshackle towns, constructed virtually overnight, with names including Fiddletown, Humbug, Whiskey Diggings, and Jackass Flats.

Today, many of these towns still exist, linked by California Highway 49 (aka the Gold Rush Trail) that runs 300 miles north to south. Highway 49 passes through Amador County and links a handful of its small towns, such as Jackson, a former mining town founded in 1848. 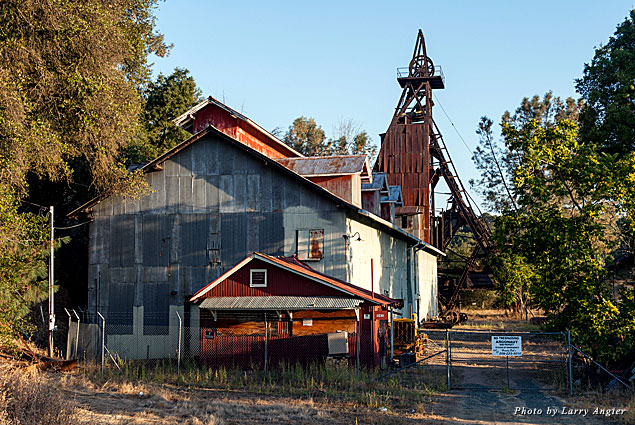 Many of Jackson’s buildings date back to 1862 when the town was nearly destroyed by a devastating fire. Jackson retains an Old West atmosphere with a few blocks of well-preserved buildings, including the National Hotel, one of the best historical hotels in Amador County.

Throughout its history, the National Hotel has served gold diggers, brothel patrons, gamblers, and land barons, as well as celebrities including John Wayne and US presidents James Garfield and Herbert Hoover. The hotel has been renovated with original, Victorian-period furniture and artwork that graces the lobby; the lively National Hotel bar is on the downstairs floor. 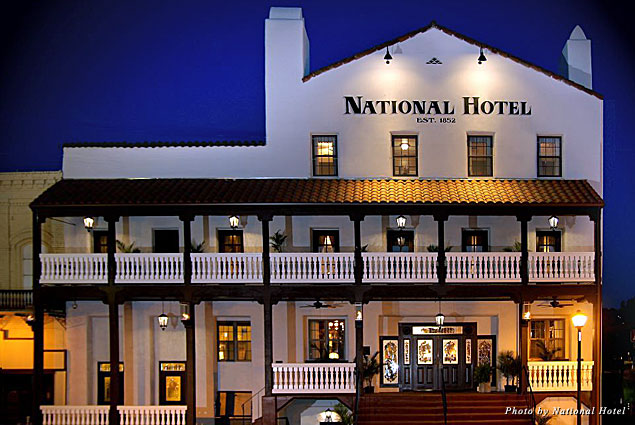 The National Hotel’s Stanley’s Steakhouse serves up a delicious modern take on classic steakhouse fare, such as rib-eye steak with gorgonzola walnut butter and toasted mushroom barley, and excellent seafood and vegetarian dishes, including sturgeon with potato terrine, grilled artichoke hearts, and horseradish cream sauce, as well as an extensive wine menu.

While exploring Jackson, visit the Amador County Museum, which includes a Gold History exhibit, fashions of the past, a Victorian bedroom and parlor, a Native American collection, and a Chinese American collection. You’ll learn that Will Rogers used the location as a setting for “Boys Will Be Boys,” and you’ll find the train from the “Petticoat Junction” television series on the outside grounds.

Just outside of town, check out the famous Kennedy Gold Mine. In operation from 1860 to 1942, the gold mine was the deepest one in North America. The exterior is open today for visitors, along with several other mines in the general area. 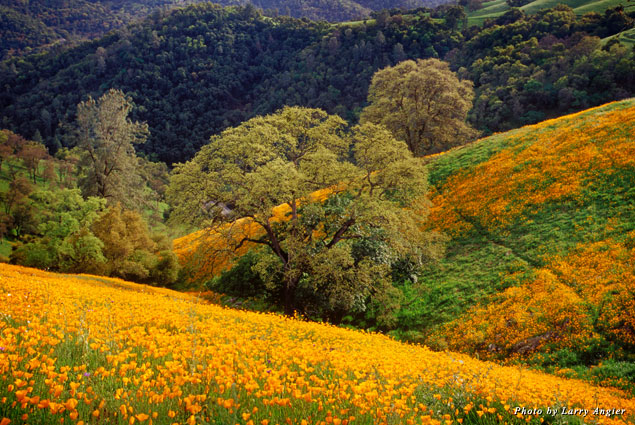 Another authentic Amador mining town is Sutter Creek, the self-proclaimed “Nicest Little Town in the Mother Load.” Sutter Creek was named for Captain John Sutter when it was established in 1854 and became an important supply center to the quartz mines ringing the town. 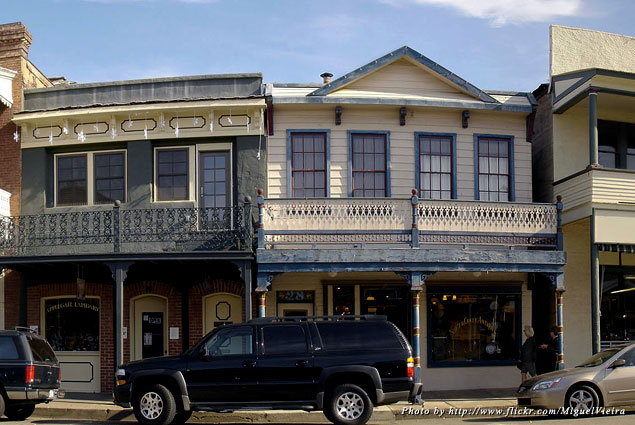 Main Street is very walkable, lined with antique shops, boutiques, and wine tasting rooms. Finding atmospheric accommodations is easy in Sutter Creek, which has several bed and breakfasts and the historic Hotel Sutter, established in 1858. There are several historic structures, all clearly marked on a walking tour map available at the Bubble Gum Book Store. 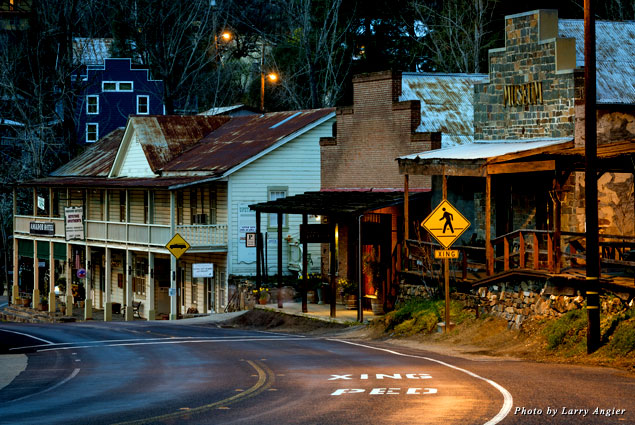 Amador City is two miles north of Sutter Creek and was founded in 1854 by Jose Maria Amador, a ranchero from the San Ramon Valley. The area was the site of the first quartz discovery made by a Baptist minister, known as the Minister’s Claim. Amador City’s block-long Main Street has a multitude of quaint shops, decent restaurants, and the renovated, historic Imperial Hotel.

Continuing north, Drytown is Amador County’s oldest community, founded in 1848. Don’t let the name fool you; Drytown supported 26 saloons in its prime, and temperance was not a virtue. Several brick buildings, dating from 1851, still attest to the boom. Legend claims $80,000 in gold bullion is still buried under the Old Well Motel’s swimming pool, put there by bandits after a payroll holdup.

As in most of Amador, don’t expect much nightlife. But that’s the point. There’s nothing quite so relaxing as enjoying a bottle of Amador wine while sitting on the deck of a historic hotel under a sky full of stars, a world away from modern concerns and in a region still echoing the past.