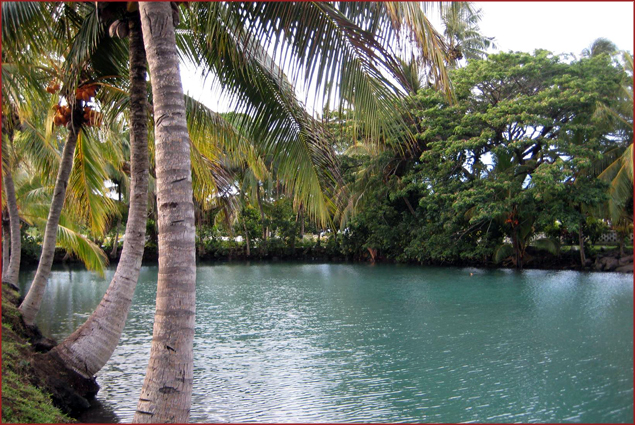 I’m just back from six weeks in New Zealand and Samoa. These last few years, I’ve been outside America one out of every three days. I’m truly blessed with a job that allows me to work remotely from the internet.

I only spent a short time in Samoa, but it is a gorgeous, tropical paradise: 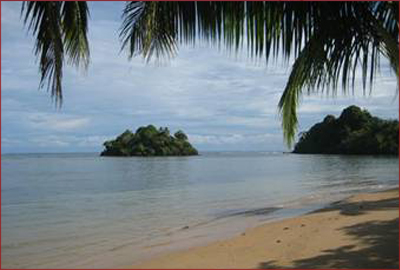 I found New Zealand to be a truly beautiful country inhabited by very friendly people.

My first two weeks I spent on the North Island in Auckland, New Zealand’s largest city: 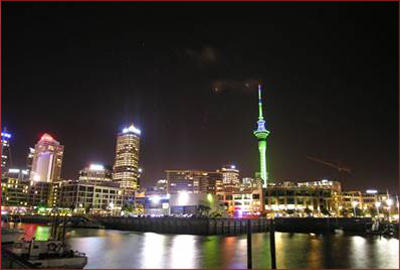 I did a controlled base jump off the tallest structure in the Southern Hemisphere, the Auckland Sky Tower: 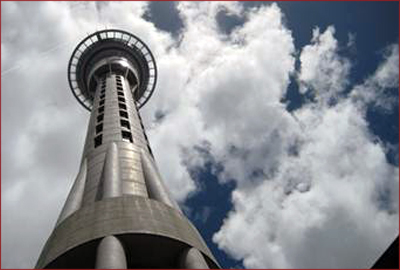 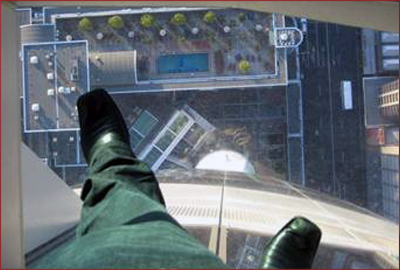 It’s a bit scary when you’re up there looking down, and the wind is blowing.

I also did some sightseeing on the weekends, soaking in thermal baths, 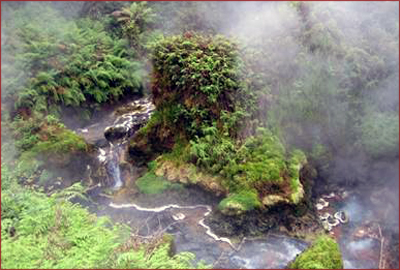 and experiencing The Zorb, a big inflatable ball that’s filled with warm water and humans, and then sent rolling down a steep, grassy hill: 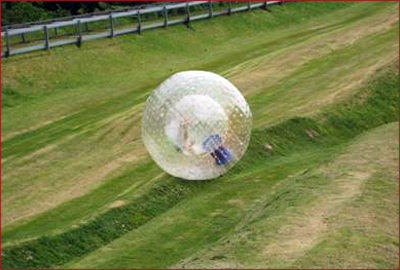 I’d sometimes finish the day at “Minus 5”, a pub made entirely of ice: 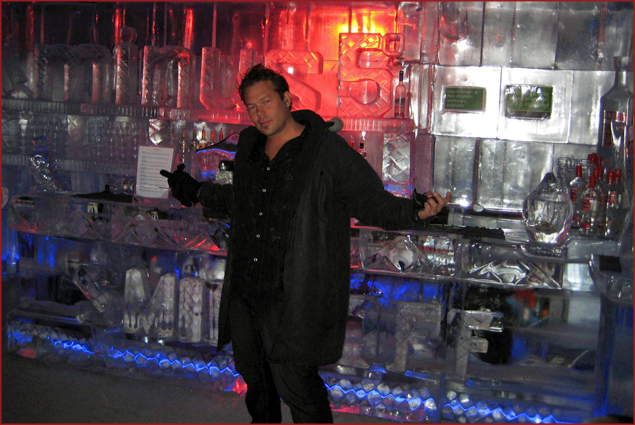 Next I was off to the South Island’s Queenstown, “The Adrenaline Capital of the World”. 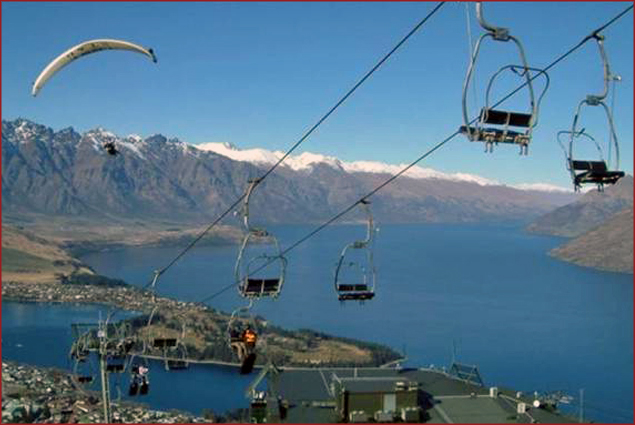 My first day I did the country’s highest bungee jump. More than eight seconds of freefall before the cord finally starts to stretch. Then it’s a few more seconds of defying gravity before you’re sucked back up into the air. You jump off a small ledge in the middle of a canyon, and it’s more than the length of a football field straight down before the cord starts to catch, and you’re jerked up by your feet. This is me: 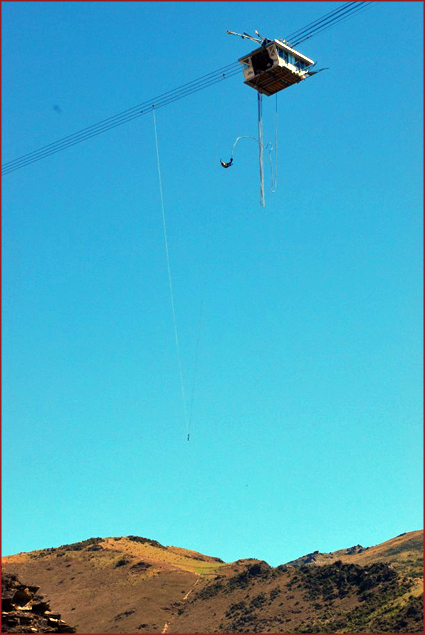 The next day I was up the shallows of the mountain streams in a jet boat. The boat is very fast and quite capable of doing 360-degree turns in tight areas: 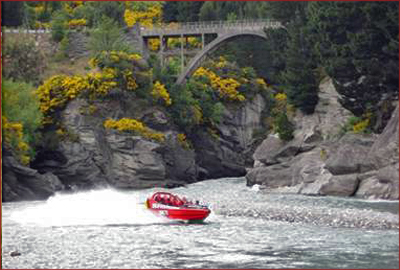 From there I hopped on a helicopter and landed at the top of the Shotover River for some Class IV white water rafting (Class V is the most dangerous). Then I took a gondola up to one of the highest peaks, mountain bike in tow. An exhilarating ride back downhill to the bottom left me quite bruised and bloody, as I flew over the handle bars a few times: 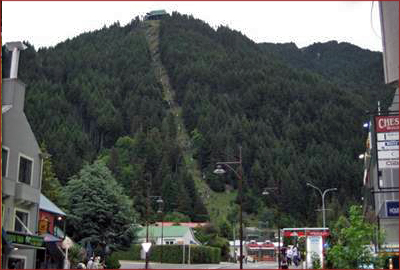 I didn’t let my injuries stop me, as I had already booked a canyoning adventure in the afternoon. Wading through freezing cold water (we had wetsuits and helmets), we jumped off cliffs, rode zip lines, and rappelled down cliffs, finishing off with a few river slides.

Finally, I flew up to Nelson for three weeks. This city not only boasts the most hours of sunlight in New Zealand, but is flanked by two national parks. 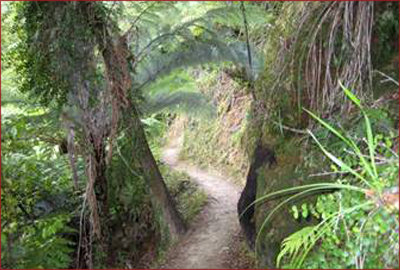 Here’s some pics I took during a two day hike in the Abel Tasman National Park: 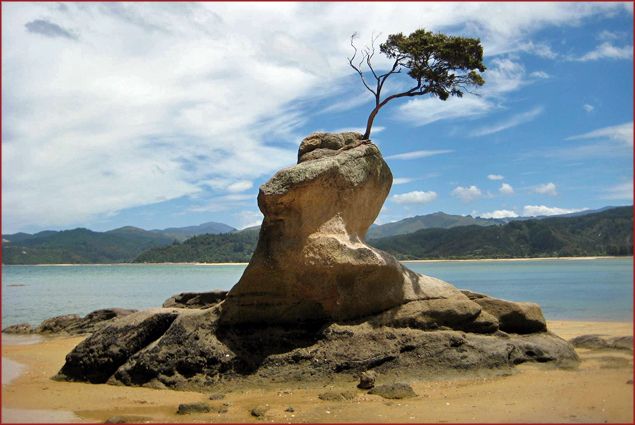 The water was a bit cold, but still beautiful… 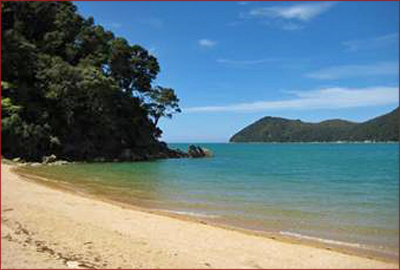 Did I mention the food? Yum! 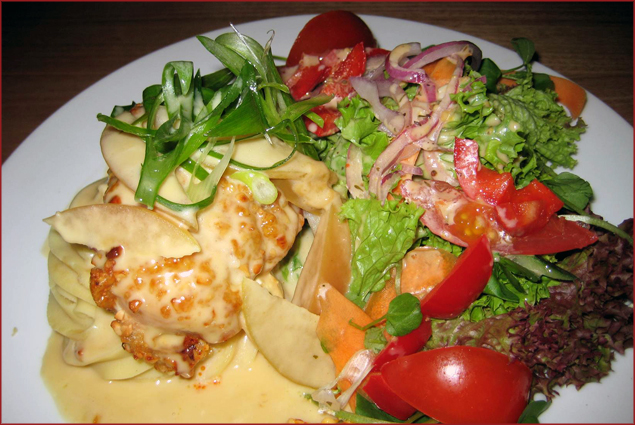 What next? I’m suffering through the harsh California fall now, and planning more adventures really soon.

Get in the Scrum With the Rugby World Cup 2011 Twenty-Four Hours in Auckland, New Zealand