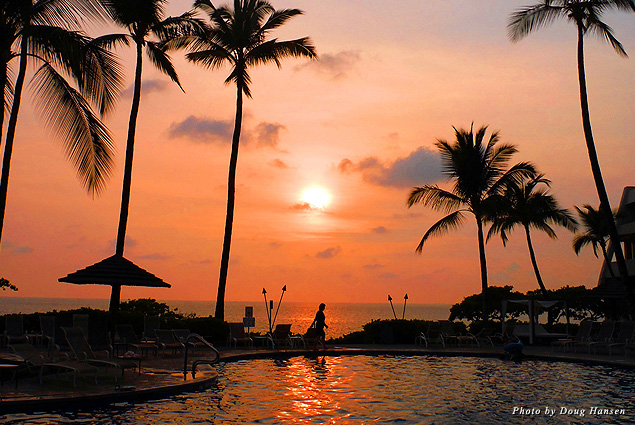 Our nighttime manta ray tour took us far out into ocean until the boat anchored and we entered the cool water, grasping the handles of our long surfboard while waiting for what some called “the experience of a lifetime.” In the gloomy depths below, giant manta rays with 10-to-20-foot wingspans slowly emerged from the darkness to feed on the tiny plankton swarming around our lights. These ocean acrobats always performed a barrel roll as they fed, gliding mere inches beneath us and allowing us to peer deep into their astonishingly large, luminescent gullets. A nearby girl screamed at the sight, but in reality these behemoths posed no danger as they lacked teeth or stingers. What an unforgettable introduction to the unique wonders of Hawaii, the Big Island. 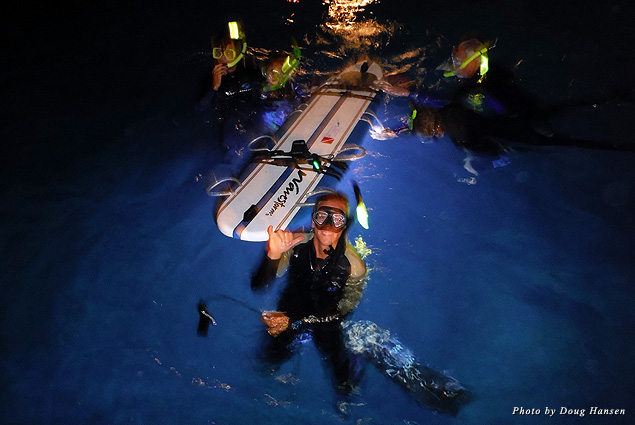 My wife and I spent 10 days exploring the Big Island, which is aptly named since it is twice the size of the rest of the Hawaiian Islands combined. After hearing other travelers’ enthusiastic descriptions of the island’s unique features, including the rare chance to see an active volcano, we felt compelled to visit this highly regarded place. Amazingly, the Big Island is home to the world’s largest volcano, Mauna Loa; the most active volcano, Kilauea; and the Earth’s tallest mountain, Mauna Kea (as measured from its seafloor base to its peak). As one local affirmed, “What I like most about the Big Island is its diversity. We have 11 of the world’s 13 climate zones, so we can hike in snow or a rainforest on the same day.” 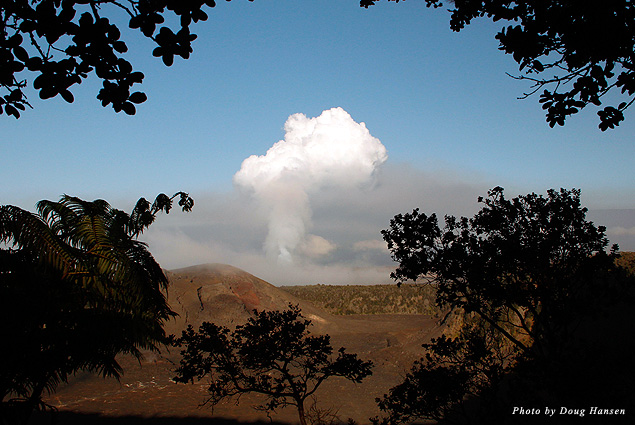 Landing at the Kona International Airport, we were surprised by the vast expanse of twisted, jagged lava fields that surrounded us. But like most Big Island visitors, we wanted to spend most of our time on the island’s west side because it is significantly drier and sunnier than the east side and has more tourist amenities. After a short drive from the airport, we reached the Sheraton Kona Resort & Spa, perched atop a black lava outcropping along the edge of the ocean. Our hotel’s lobby welcomed us with a spectacular view of neighboring Keauhou Bay with its shimmering, azure waters surrounded by lush tropical trees, palms, and flowering shrubs. 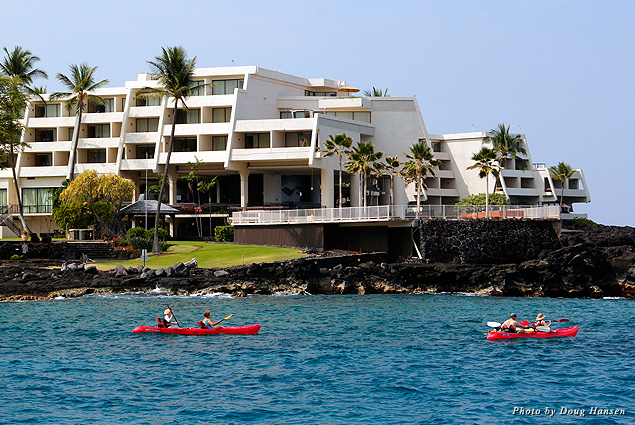 On our first night, we dined at the hotel’s main restaurant, Rays on the Bay, where we savored delicious seafood, wine, and panoramic ocean views while warm breezes wafted past our table. As darkness settled on the ocean, we watched as the lights from the manta ray tour boats, moored 100 yards from the restaurant, illuminated groups of snorkelers waiting to see giant mantas.

The next morning, while hiking near our hotel, we discovered several ancient Hawaiian archaeological sites, including King Kamehameha III’s birthplace. A mile to the south, we found the Lekeleke Burial Grounds, where a lava rock wall protected a kapu (“forbidden”) lava field, the site of one of Hawaii’s last important battles in 1819 (look for the flat-topped lava mounds where the fallen leaders were buried). Exploring the surrounding area, we discovered intriguing remnants of another ancient Hawaiian burial ground, and a heiau, or “temple,” hidden on a rocky peninsula overlooking the crashing waves below. 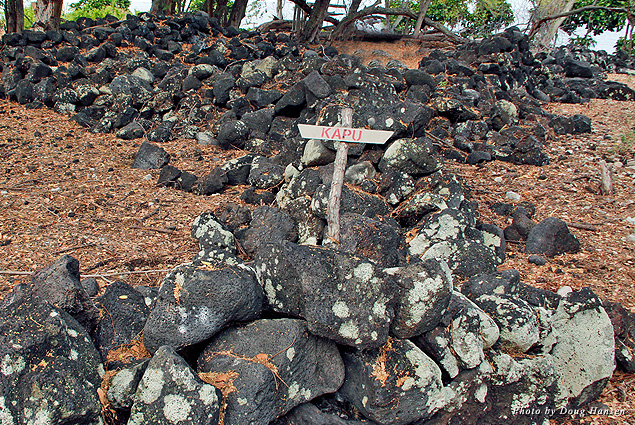 When we finished our Indiana Jones-like explorations, we headed north on Ali’i Drive to Kailua-Kona, a town that attracts visitors to its variety of shops and restaurants and its exceptional attractions, including the reconstructed shrine (heiau) and royal residence of Hawaii’s revered King Kamehameha I. Nearby is the starting point for the world famous Ironman Triathlon, and across the street is Hawaii’s oldest Christian church, built in 1820.

Finding the island’s best beaches and snorkeling spots was near the top of our to-do list. We began with Fair Wind’s five-hour snorkeling and diving cruise that took us to places only accessible by boat, including marine reserve Kealakekua Bay, where Captain Cook’s monument marks the spot of his untimely demise. The next day, we took the locals’ advice and found Kahalu’u Beach, where we were awestruck by its quantity and variety of colorful fish and coral and easy access. Ultimately, we found the best snorkeling/white-sand beach combo hidden within the Mauna Kea Beach Hotel. Visitor parking is limited so arrive early if you plan to go. 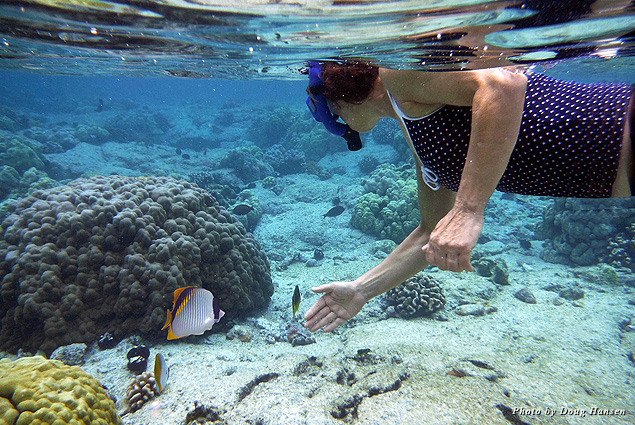 We had planned to stay in different parts of the island, so we moved 36 miles up the coast to the Fairmont Orchid, Hawaii. “Shangri-La” best describes this ocean-side luxury resort. Our exclusive Gold Floor room included a private concierge, a lounge for breakfast and afternoon tea, and a view of the adjacent golf course bordered by the ocean and distant mountains. To say we were spoiled is an understatement; our massage in the beachside cabana followed by dinner at Brown’s Beach House, with exquisite food and live music performed beside the ocean under swaying palm trees, rank high among our finest travel experiences.

We set aside a full day to relax at our resort’s sandy lagoon, where we rested in our cabana, swam, and tried stand-up paddle boarding. The snorkeling was surprisingly good; in addition to seeing abundant fishes and coral, we encountered half a dozen large green sea turtles munching on algae and gliding gracefully through the warm, clear water. Swimming a foot away from a sea turtle and gazing into its ET-like eyes was an experience I’ll always remember. 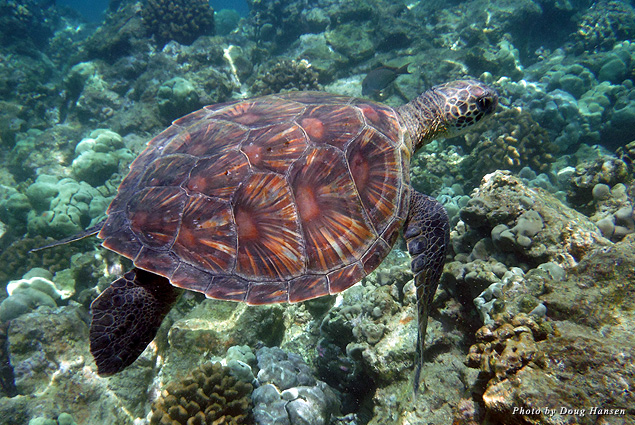 After six days at the beach, we headed east to our final destination, the famed Kilauea volcano. The scenery changed dramatically as we left the dry lava fields behind and passed through green, hilly pastures before finally reaching the east coast’s lush, tropical rainforests. Luckily, as we neared Hilo, the island’s largest city, we came across the Hawaii Tropical Botanical Garden, a hidden treasure on the Four-Mile Scenic Drive. With its spectacular variety of tropical flowers, exotic plants, and hillside trails that meandered past waterfalls and crashing ocean waves, this magical place proved to be an unexpected highlight of our trip. 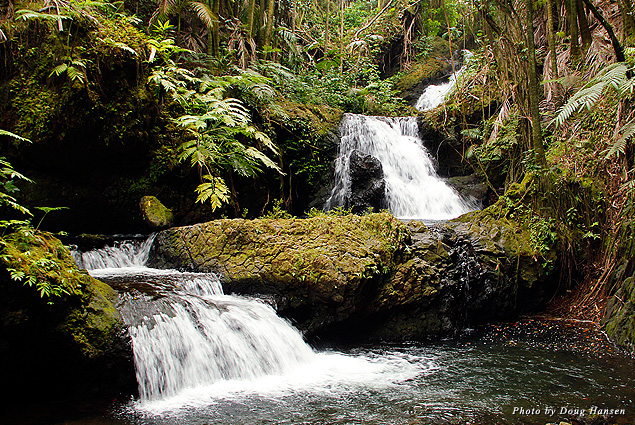 A few miles past Hilo, we reached the Kilauea Lodge, only a mile from Hawaii Volcanoes National Park. Needing to relax, we soaked in the lodge’s hot tub tucked away in the back garden before dining in the highly acclaimed gourmet restaurant. Later that evening, we drove to the park to watch the spectacle of orange-tinted smoke pouring out of Kilauea’s crater, reflecting the magma deep below.

Early the next morning, we hiked the four-mile Kilauea Iki trail that led us along the crater rim, through dense fern forests filled with the songs of unseen birds. Periodically, we stopped to gaze at the panoramic views of the volcano before descending to the crater floor, an eerie place where we felt like intruders walking across the remains of a once-seething cauldron of molten rock now frozen into a dark, surreal tableau. 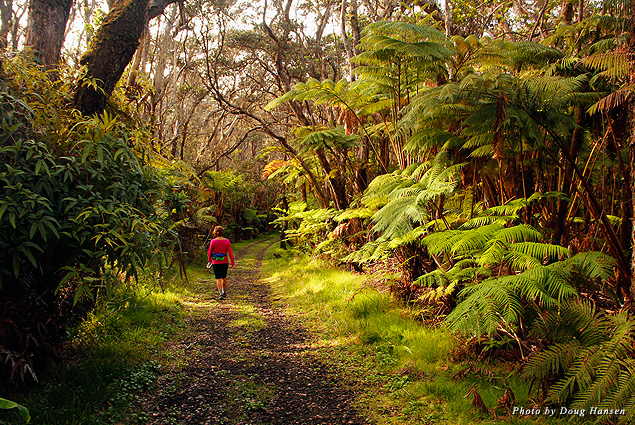 Our desire to see flowing lava motivated us to book a combination helicopter and zip-line tour with KapohoKine Adventures in Hilo. The weather was perfect for our smooth, hour-long flight over the volcano, but alas there was more smoke than lava this time. The pilot pointed out something found rarely anywhere else in the world: several hundred acres of newly created land, formed as molten lava hardened upon contact with the ocean over the past few years. We finished this adventure-filled day by zipping down nine lines that soared past waterfalls and pastoral hillsides.

One of our final, memorable experiences involved an invitation to join the festivities at the Ka’u Coffee Festival in the small coastal town of Pahala. This festival, held yearly in early May, gave us a chance to be part of an intimate, local celebration, with coffee growers providing samples of their freshly grown coffee while local ladies performed traditional Hawaiian dances on an outdoor stage.

The day’s highlight, though, was our coffee plantation tour with a gracious host, Phil Becker. He drove us a few miles down the narrow “cane haul road,” past verdant hills and fields no tourist would normally see, until we entered the gate of his Aikane Plantation (owned by family members for generations). For the next hour, Phil drove us in his golf cart around his fields, stopping every minute to enthusiastically explain the nuances of growing coffee beans and various other crops. When the tour concluded at his barn, we were allowed to buy some bags of Phil’s award-winning Aikane Plantation Coffee. I encourage any visitor with an interest in seeing a real Hawaiian coffee farm to contact Phil; he happily shows off his plantation free of charge and there’s not a hint of sales pressure—he does this mainly out of his pride and passion for what he does. 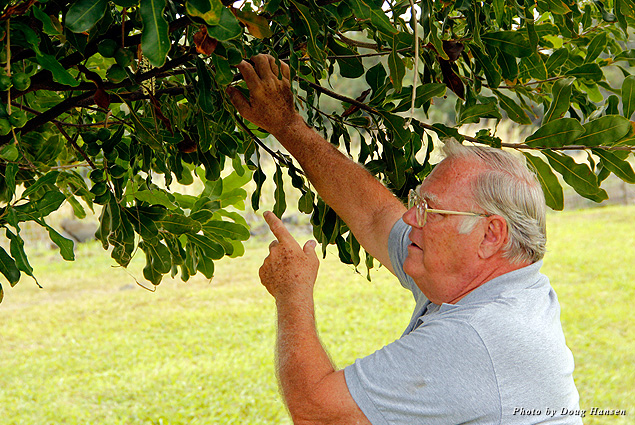 All good things must come to an end, and thus our visit to this unique island came to a close. From giant mantas to fern-clad volcanoes, we agreed with the rave reviews we had heard about the Big Island’s diversity and fun things to do. A passage in the Big Island Traveler magazine best captured our reason for venturing to destinations such as this: “We journey far and wide to these places, which remind us of where we came from, what we are inspired by, and to celebrate and connect with beauty, antiquity, and forces greater than ourselves.” In that spirit, we said mahalo and aloha to the Big Island—“thank you” and “farewell.”

Discovering Pele on the Big Island Fall in Love With Hilo, Hawai’i