A Weekender’s Guide to Louisville 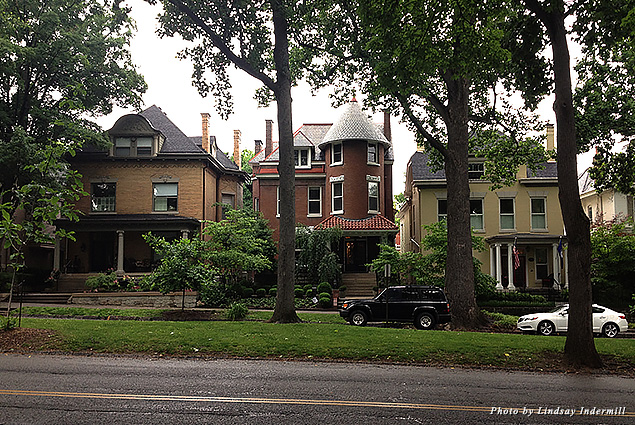 Fried chicken, fast horses, baseball bats, and bourbon—Louisville is home to many a Midwest (or is it Southern? Even the locals can’t seem to decide) tradition. But there’s more than just history here. Something new is cooking, too, something you find popping up more and more throughout the country’s cultural hotspots: independent bookstores, public art, sprawling botanical gardens, curio shops, sidewalk cafés, and artisan coffee houses. Sure, the Louisville your grandparents knew is still intact—heck, even the Main Street storefronts your ancestors knew are still on display—but there’s a fresh connectedness humming in the oldest city west of Appalachia. Whatever brings you to Looaville, Looeyville, Luhvul (call it anything but Lewisville) here’s a roadmap for 36 hours in the Derby City. 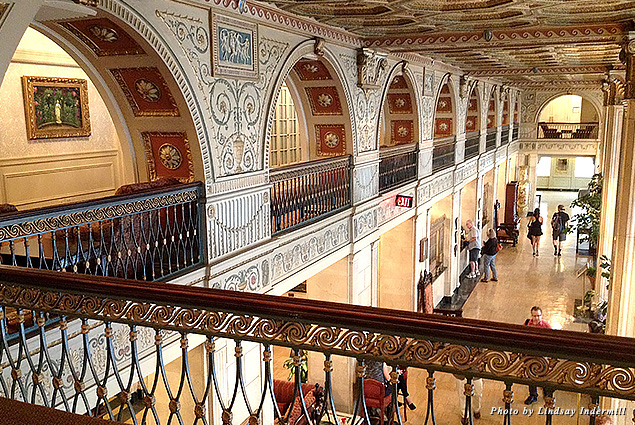 After you check into a hotel (for old-world luxury, try The Brown near Downtown; for upscale modern, try Museum Row’s 21c), grab a taxi and ask for a drop-off near Hancock and Market Street. This will land you in Nulu—also called the East Market District—a little slice of Portland in Kentucky. Grab a bite at one of the hot new restaurants: most locals recommend Latin-inspired Mayan Café, but if you’re hankering for BBQ paired with a bourbon slushie, give Feast a gander. After, pop into the specialty shops that line Market Street. WHY Louisville is a must-see, loaded with all the Americana kitsch you would expect from a store with a vintage pony ride that plays the “Lone Ranger” theme song. The booming local art scene is on (very affordable) display at boutique gallery Revelry. You can even give the resident shop dog, Major, a belly rub for free. 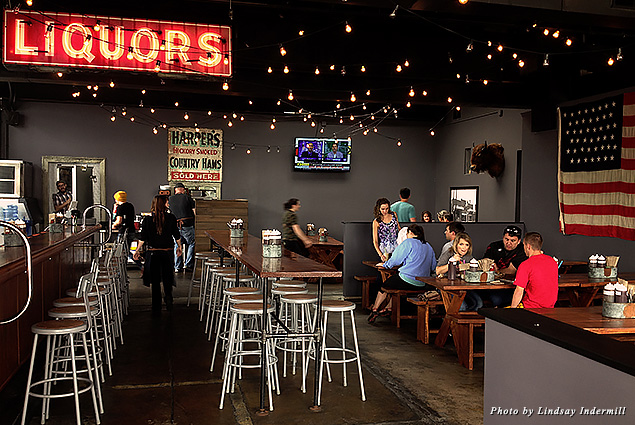 All summer long, musical guests will drop by the Green Building for live pop-up performances. And on select Fridays through September 4, you can catch the Louisville Bats at the Louisville Slugger stadium. For $12 a ticket and concessions items for only $8 or less, being a minor league ball fan is a pretty sweet deal. 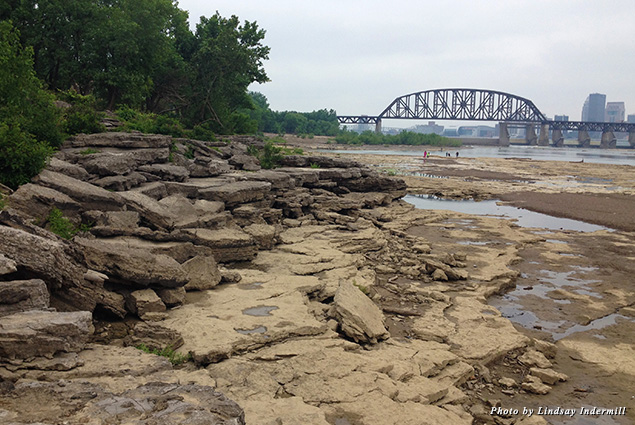 Stay with me on this one: One of the coolest things about Louisville is that you can leave it for Indiana—on a bike! Start your morning at Waterfront Park where you can rent a bike from Wheel Fun Rentals for $25 a day (at the time of writing). Then, feel the burn as you pedal up the humongous spiral ramp to the train-crossing-turned-pedestrian-bridge that crosses the Ohio River into Indiana. From the Indiana side, head west along the river, following signs for The Falls of the Ohio. The interpretive center won’t be open until fall of this year, but the 400-million-year-old corral reef fossil beds (also the launch site for the Lewis and Clark expedition) are incredible to explore. 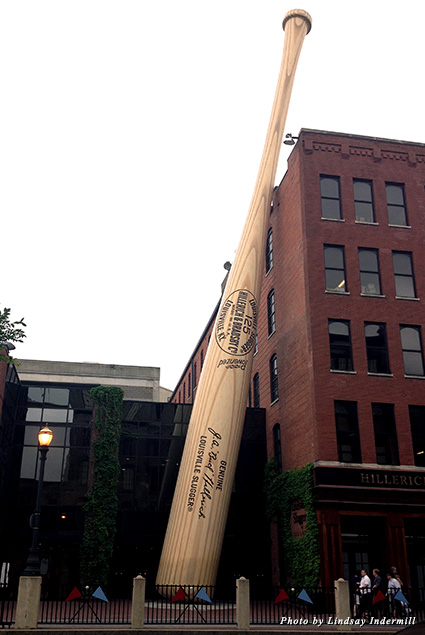 Pedal up the Big Four Bridge, return to Louisville once more, and ride a few blocks south to Main Street, where you’ll turn right and head west. Atlantic No. 5 makes for a quick and hearty lunch and drops you right in the middle of Museum Row. The big four for any first-timers are the Louisville Slugger Museum (a free miniature baseball bat and wood nub for every person on the tour), The Frazier History Museum (the rotating displays on the third floor are always up to snuff), the Evan Williams Experience (which can only be described as the Disneyland of bourbon tasting), and the art museum at 21c (free to the public and refreshingly curated). It sounds intense, but you really can do all four in one afternoon—if you save the bourbon for last. 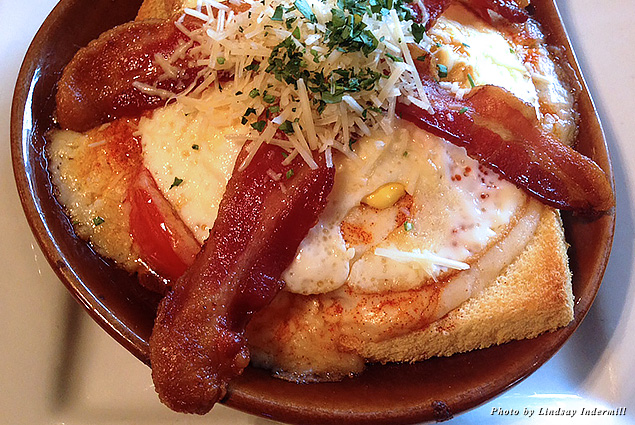 Head east and treat yourself to a proper Louisville dinner at Doc Crow’s, a dimly lit, finely crafted spin on all the Southern favorites. Those in want of a touristy entertainment and dining experience might find some fun at the Fourth Street Live!, but frankly, the highly commercialized chain restaurants are more fun for people watching as you walk down 4th Street to the historic Brown Hotel for its signature dish: The Hot Brown. The Hot Brown is the kind of meal you crave at the end of a long day—and definitely at the end of a wild night—when you and a friend want to nosh on an open-faced turkey sandwich layered with toasted bread, crispy bacon, and savory Mornay sauce. It’s a Kentucky staple found on many a culinary bucket list. 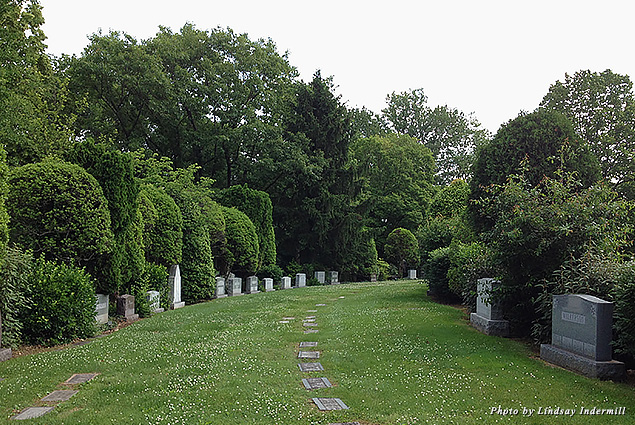 Here’s another idea you’re just going to have to take my word for: On Sunday morning, skip the church service, and go to Cave Hill Cemetery. The grounds are a sprawling, sylvan tribute to the region’s history, art, and famous residents (follow the white line from the entrance to the most popular grave, that of KFC’s Colonel Sanders). When you emerge after your visit, head south on Baxter, then stay left to Bardstown Road. Here you’ll find a seemingly endless stretch of shops, restaurants, and antique stores. Carmichael’s Bookstore and its children’s affiliate are only a few hundred feet apart and both worth the visit. Pick up something sweet from Kizito, an African bakery, or Pie Kitchen, a homemade ice creamery, then wander through the paths of Cherokee Park.

Before leaving town (and potentially even en route to the airport if you’re flying out of Louisville International), consider tacking on one last stop to either of two Louisville mainstays: Mega Cavern or Churchill Downs. Perhaps it’s sacrilege to suggest that a visit to the country’s capitol of horse racing is optional, but if a zip line through a pitch-black cavern is more your style, it’s like I said: This ain’t your grandma’s Louisville.