A Walking Tour of Bern, Switzerland 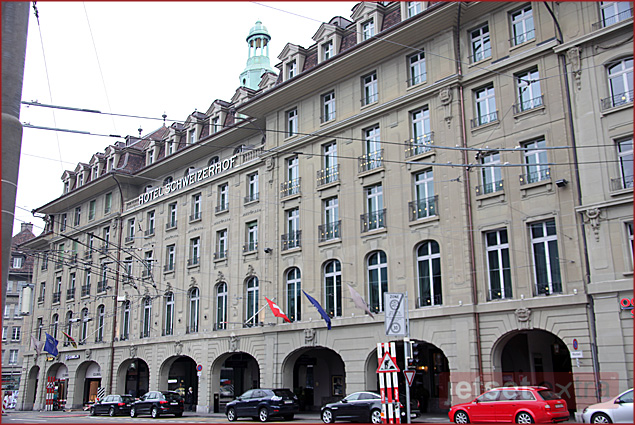 Bern is the capital city of Switzerland. It is historical and traditional, as well as full of great shopping. During our trip to Switzerland last month, we met up with Maya from the Bern Tourism Board and were given a wonderful guided tour and history lesson of the city.

I hope you enjoy the photos and tour as much as we did.

We stayed at the Schweizerhof Hotel while in the city. It is central and across the street from the train station. The Schweizerhof had been closed for a few years and was recently reopened and brought back to life with updated interiors and amenities for visitors. The hotel is the only one in the city with a SKY Terrace. Its spa is gorgeous and includes a workout facility. Also, the hotel has an adjoining restaurant called Jack’s Brasserie that serves breakfast, lunch, and dinner; in addition, there is a cigar lounge and lobby lounge bar where guests can meet or relax. 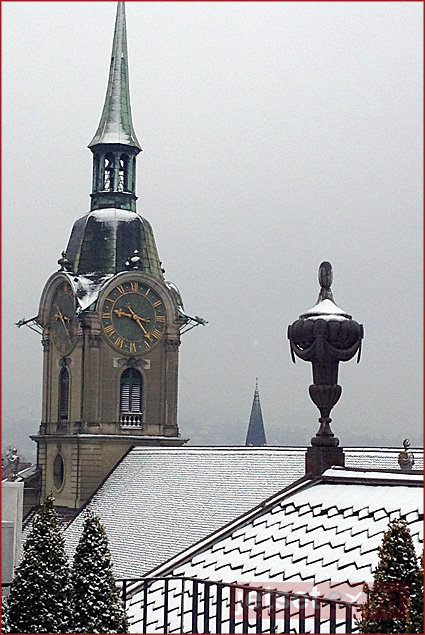 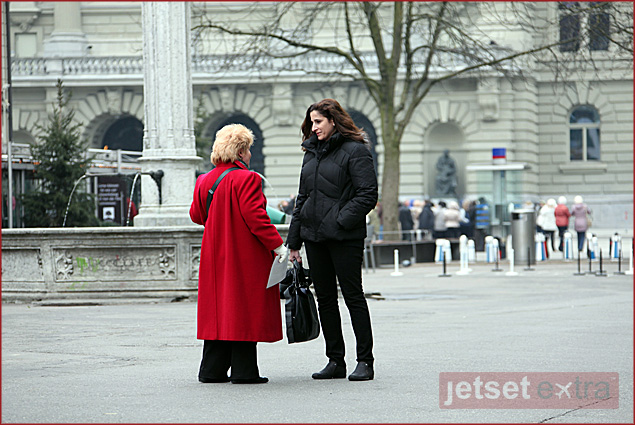 The city of Bern grew from a small medieval village on the banks of the river to a larger city then grew again and again. Where you see Maya and I standing in the image above was the location of a moat outside the original city’s walls. The walls are still standing behind the structures that now hold shops and restaurants; the curve of the street still follows the bend around the old city walls. 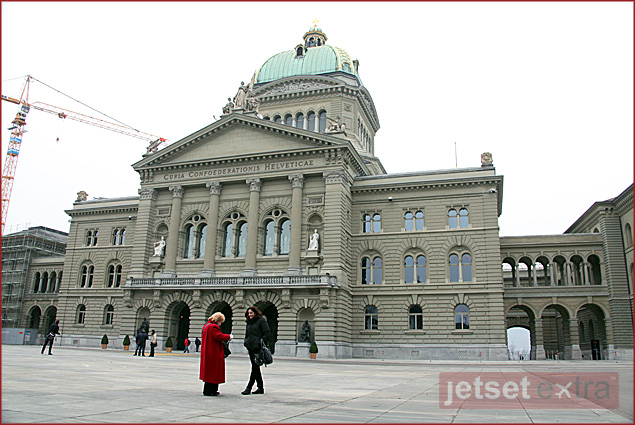 Since Switzerland has four official languages—and so each represented group felt fairness—the writing on Bern’s capital building is in Latin for all to understand. The phrase seen in the image above means, “Court Swiss Confederation.” 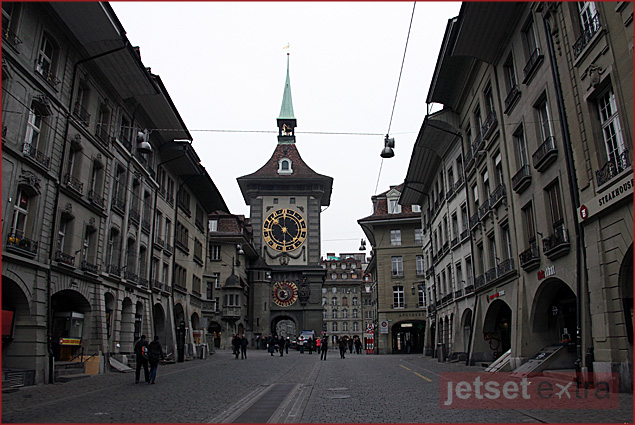 A gun maker built the Bern astronomical clock tower in 1530. It took him three years to finish it, and each wheel and cog and weight is handmade. The clock has been running ever since, with perfect time. 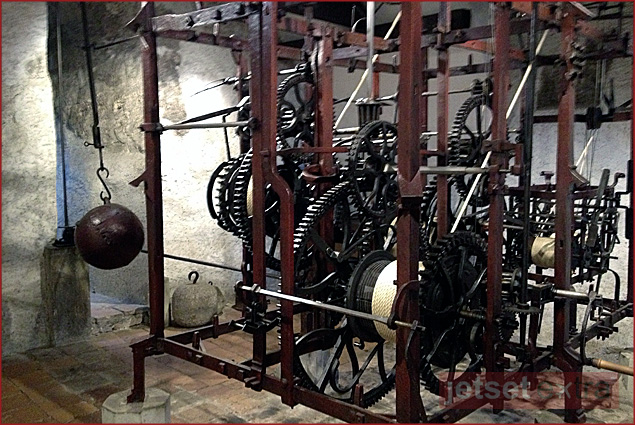 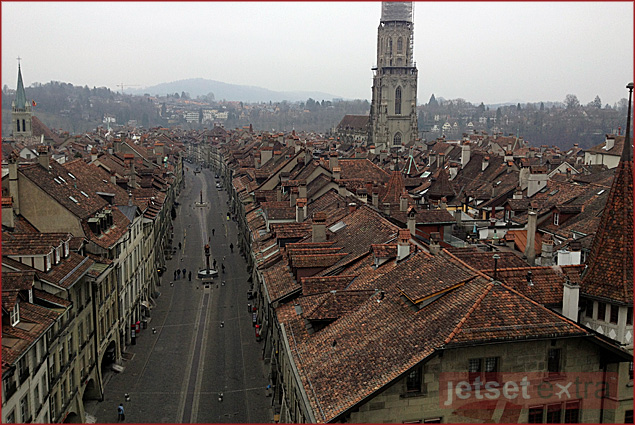 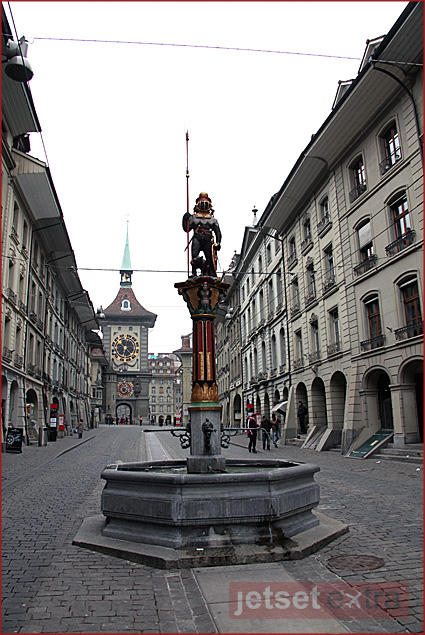 In the image above, this fountain’s statue depicts the founder of Bern as a bear dressed as a soldier. This served as a warning to invaders that the people of Bern are strong and cannot be conquered. 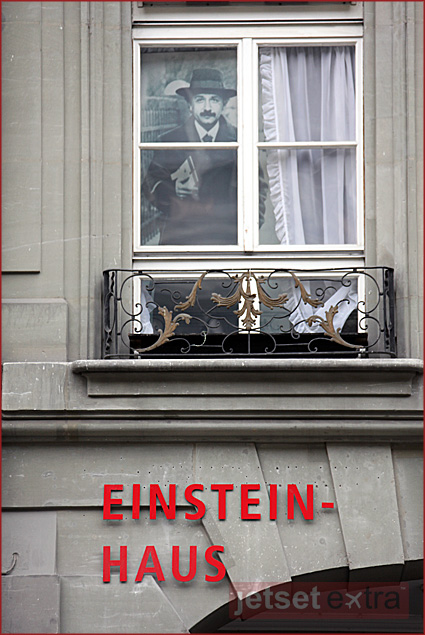 Albert Einstein lived in this apartment with his family for two years, from 1903 to 1905. 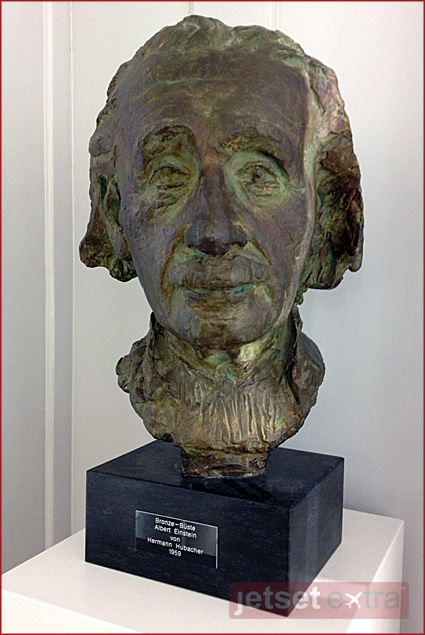 The Einstein House has been slightly renovated to accommodate the many tourists who come to visit and see where Albert Einstein worked and developed his theory of relativity. 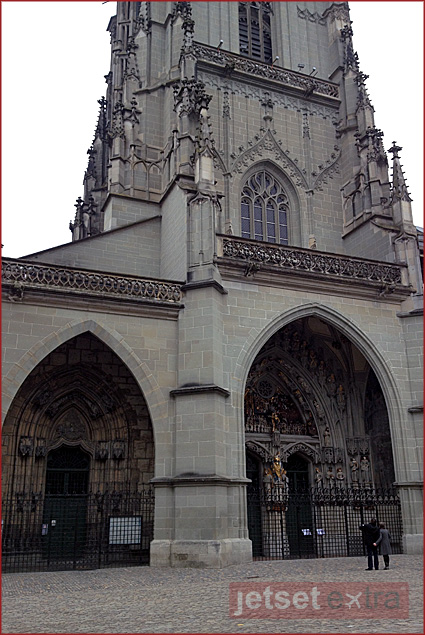 This magnificent cathedral was at one time Catholic. Now, it has been converted to Protestant. The Protestants have removed almost all of the iconic statues and symbols the Catholic Church had on display. The cathedral is now mostly empty without adornment except for the outside of the entrance. 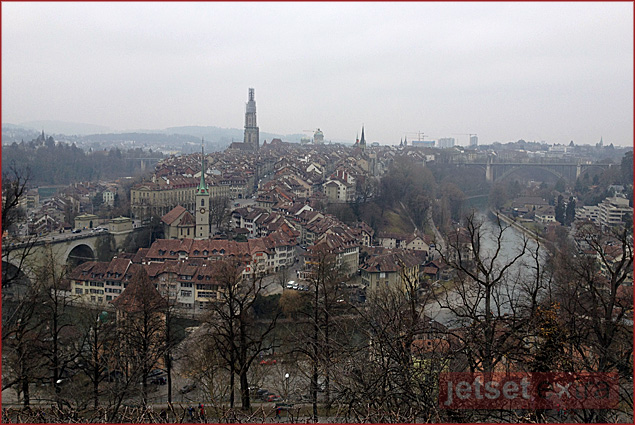 The Restaurant Rosengarten sits high above Bern across the river and not only offers exquisite views of the city but quite a tasty menu, too. Adjacent to the restaurant is a rose garden for visitors to wander through. Don’t forget to stop and smell the roses! 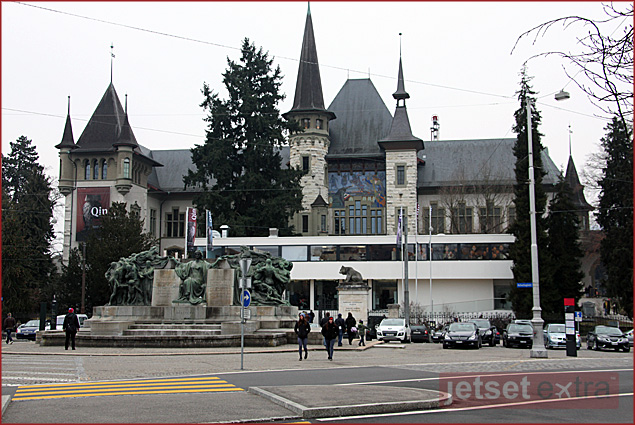 The “QIN, the Eternal Emperor and His Terracotta Warriors” exhibit is just one of the amazing exhibits on display in the Bern Historical Museum. Along with traveling exhibits such as “QIN,” you will be able to see historical pieces from the city of Bern and surrounding areas.