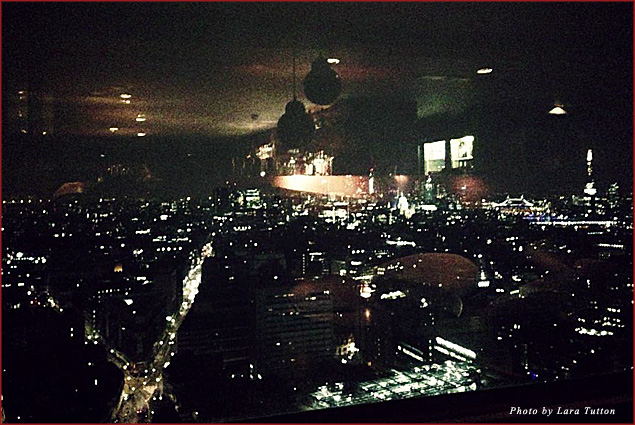 London is a foodie’s paradise. Restaurants of every cuisine and budget lace the streets of the capital promising some of the world’s most mouthwatering dishes. But for those seeking a truly unique London dining experience, the only way is up. Presenting my top five London meals with a view, exploring the hidden gems of the skies, where sublime cuisine is served alongside breathtaking vistas of one of the most iconic skylines in the world.

5. Paramount: Paramount’s outer shell, the Centre Point building, wins no prizes for beauty. A monstrosity of 1970s architecture, it looks more like a well-dressed, multi-storey car park than a culinary hot-spot, but don’t be put off by its less than beautiful facade as it is something of a ruse. Situated in the very center of the city on New Oxford Street, Centre Point offers some truly enviable views of the capital, and Paramount, as its name suggests, enjoys unparalleled, 360-degree views of the city on the 30th, 31st, and 32nd floors. The restaurant serves lunch, dinner, and the classic British afternoon tea, while in the evening the bar opens—its west-facing windows making it the perfect venue to enjoy views of the sunset—and keeps things lively until the early hours. 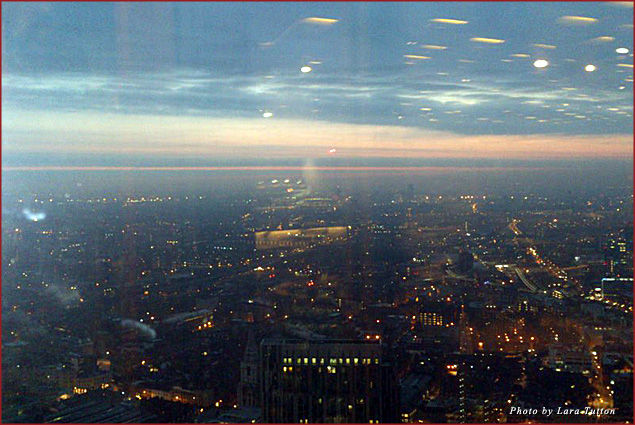 4. Duck and Waffle: One of the newest arrivals to join the sky-high dining club, the 40th floor of Heron Tower in Bishopsgate presents Duck and Waffle, a unique dining experience famously open 24 hours a day, seven days a week. Guests can arrive for gourmet cuisine in the early hours of the morning and stay until the sun rises again, feasting on delicacies, such as the spiced ox-cheek doughnut from the late-night menu, as they take in spectacular dawn views. For those who prefer their meals at more conventional times, I can confirm the views are equally beautiful at any hour of the day. The duck and waffle, that is an irresistible fusion of crispy duck leg confit, fried duck egg, and mustard maple syrup, is the restaurant’s signature dish and is served throughout the day and night. Designed with impeccable taste, the interior of Duck and Waffle is the epitome of laid-back luxe, while its dishes are unexpectedly affordable, making it an absolute must-visit. 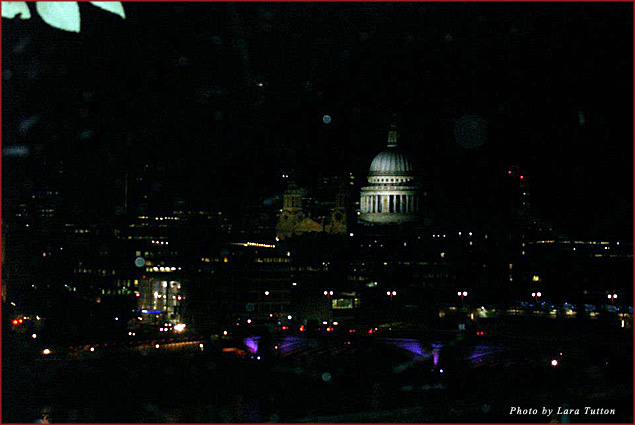 3. Min Jiang: Breathtaking views over Kensington Gardens and Hyde Park and what is frequently agreed upon as the finest Chinese cuisine to be had in the capital are two reasons why Min Jiang is one of the most exciting dining experiences in London. Casting itself as London’s most authentic Chinese restaurant, Min Jiang’s menu is a joy to behold; the fruits of their expansive dim-sum menu are delectable and each dish a perfectly crafted delight. Situated on the 10th floor of Kensington’s Royal Garden Hotel, Min Jiang attracts an exclusive set of diners but is proud to offer friendly, unpretentious service that makes every meal a joy for its guests. The wood-fired Beijing duck is the stuff of culinary legend; presented in two servings, it is an experience worth a visit alone. Add the spectacular views and you have a slice of urban gastronomic heaven.

2. Galvin at Windows: Galvin at Windows is a wonder to behold. Housed on the 28th floor of the London Hilton on Park Lane, itself a byword for luxury and excess, Galvin at Windows boasts uninterrupted views of the city in every direction. Frequently the source of gasps of wonder from guests, the view across Hyde Park is a majestic sight by day, while at night the stunning panorama of the illuminated London Eye and the skyscrapers of Canary Wharf, London’s business district, is little short of magical. The Michelin-starred restaurant serves exquisite dishes, crafted by head chef Andre Garrett, who prides himself in being directly involved with every aspect of the restaurant. The menu is dominated by robust classic French flavours, refreshed with modern updates. Galvin at Windows offers dishes rich with flavour and variety, and I am told the partridge served with parsley root purée, chestnut, Brussels sprouts, and liver jus from the Menu Prestige, is not to miss. Most recently, a three-course, pre-theatre menu available from Mondays to Wednesdays was added. Priced at just £25, the pre-theatre menu has made the luxury of Galvin at Windows affordable for all those who appreciate the finer details in life, but, of course, advance reservations are essential. 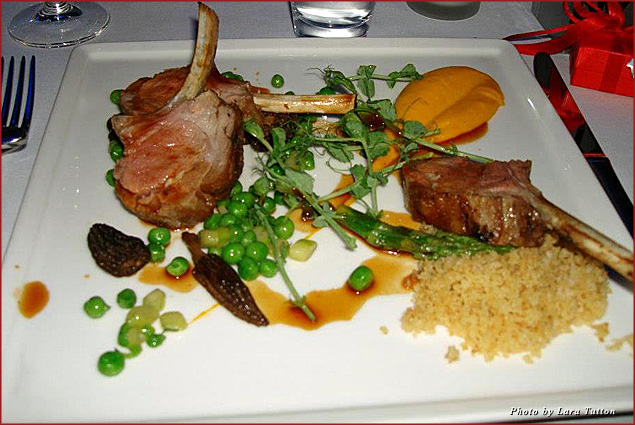 1. The Oxo Tower: While our list is a battling ground of worthy contenders, there could only be one restaurant to rule them all, and for me, the Oxo Tower Restaurant reigns supreme. Listed as one of the “One Thousand Places to Visit Before You Die,” the Oxo Tower is one of the finest dining experiences in the capital and an absolute gem. On the 8th floor of the historical Oxo Tower, nestled on the bank of the River Thames, it rubs shoulders with the finest landmarks along the river. While it might not reach the dizziest heights in London, the Oxo Tower enjoys magnificent views of the waterfront and St. Paul’s Cathedral, offering intimate, close-up views of the city’s most enchanting sights. Commonly agreed to be one the finest occasion restaurants in the city, I was lucky enough to have my graduation day dinner here on a late August evening. My family and I savoured every bite of the five-course menu, accompanied by a glass of celebratory champagne of course. Chic minimalism is the style here, with sleek, clean lines that give the feeling of quiet luxury, without detracting from the real masterpiece: those incredible river views.

The staff was attentive without being overbearing, and the sommelier’s recommendations were carefully and faultlessly chosen. The Michelin-starred restaurant’s award-winning modern-British menus with flourishes inspired by pan-European cuisines are the product of executive chef Jeremy Boor’s meticulous attention to detail and discerning palette. Seasonality is key here, and the menus are frequently altered to bring diners the very best in fresh, seasonal British produce, guaranteeing a taste experience like no other. For me, luxury should be an inclusive, not exclusive, experience, and the Oxo Tower agrees. And, unlike many Michelin-starred kitchens, it offers separate Halal, vegetarian, and vegan menus. While it would be impossible to choose a single favourite dish from a menu as perfectly formed at the Oxo Tower’s, I must quietly admit the lamb cutlets main course and the floating island dessert are unashamedly phenomenal; the flavours are so complex and perfectly matched that, for a moment at least, you’ll even forget about the view. 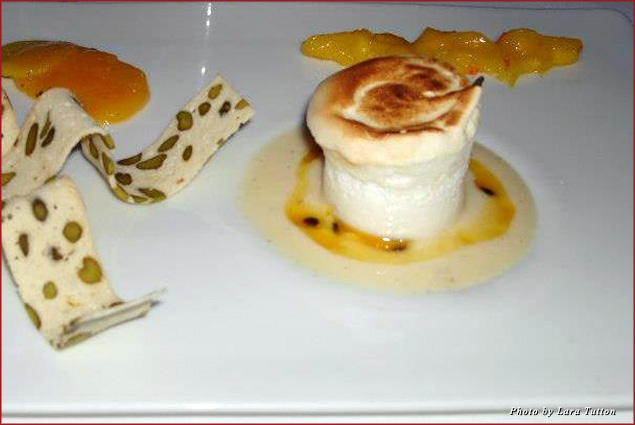