A dineLA Staycation at the Roosevelt Hotel 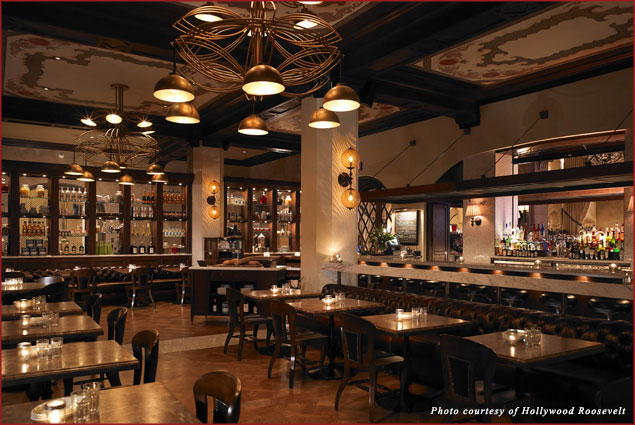 dineLA, the 12-day Los Angeles signature dining event happening now through February 1, features some of the city’s best food, from up-and-coming culinary hot spots to longtime favorites. In fact, 287 LA County restaurants have signed on to participate, offering lunch menus specially priced at $15, $20, and $25 and dinner menus priced at $25, $35, and $45.

“This year is all about diversity,” says Stacey Sun, dineLA director for the Los Angeles Tourism & Convention Board (LA Tourism). “We are excited to have a wide range of cuisine from classics like Craft to Brazilian favorite Fogo de Chao Churrascaria to our first-ever Korean BBQ restaurant, Sonagi.” She also notes that last year 75 percent of dineLA participants chose restaurants they had never tried before.

To kick off the event, Public Kitchen and Bar at the Roosevelt Hotel in Hollywood, California, hosted a faction of foodies to sample executive chef Tim Goodell’s dineLA dinner menu. To start, the delicate and sweet hamachi crudo stood out with its balanced zing of citrus and crunch of watermelon radish and pink peppercorn. Alternatively, the more decadent duck confit croquette came beautifully presented on frisee with a sunny side up egg and a licorice lick of a very tarragon-y remoulade.

For the main course, choose either the solid and pleasingly homey roasted chicken with celeriac purée, roasted vegetables, and chicken jus; the perfectly cooked skate wing with sunchokes and brown butter (the overdo on the accompanying foam, however, was delicious but a bit off-putting visually); or the earthy, rib-sticking farro rissotto with wild mushroom, mascarpone, and Parmesan, which I definitely recommend if you brought a big appetite.

Finish the meal with two equally satisfying cold-weather desserts: the apple tatin with roasted apple, pie crust, and butterscotch cremeux served in a Mason jar (not sure why, but I’m a sucker for anything served in a Mason jar) or the cereal milk panacotta with crunchy brioche croutons and caramel. 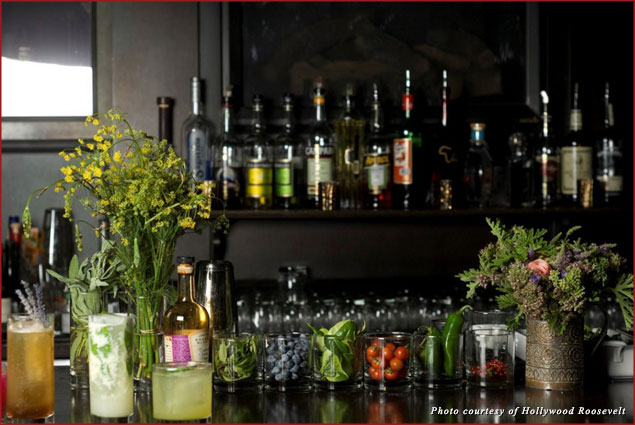 After dinner, head across the lobby to The Library Bar for a nightcap. The bar, which anchors one end of the moody and intimate room, proudly displays a vast assortment of fresh fruit, herbs, syrups, bitters, and other unfamiliar bottles giving it the feel of a secret and wonderful apothecary. Don’t ask for a drink menu; there isn’t one. Instead, bartenders will use your flavor preferences (I only drink gin, make it fruity, etc) to fashion each patron a hand-crafted tonic. For our group, those came out as the “Holy Guacamole” (which actually tasted like a drinkable, jalapeño-peppery guacamole) and the “Montauk” (a smoky riff on the Long Island iced tea that substitutes mezcal for tequila).

Knowing that some serious cocktailing would be on the itinerary, I had already planned to turn my dinner into an overnight staycation. And so, my dineLA evening ended with a stumble to the elevator and up to a surprisingly spacious 10th floor room with a grand view of downtown LA.

For other dineLA staycation ideas, here are a few additional hotel-affiliated restaurants participating in the winter 2013 program (there are many more):